who are the most reliable

Mafell yes expensive designed built and tested in Germany ..however like investing in a good pr of shoes will be cheaper in the long run !

I had a DiY book published by Bosch in 1984 that said a jigsaw will never be any use for anything more than 6mm sheet material.

I'm always astounded by the reliability of a kress spindle that I have.

Somtimes I run it for 7 hrs a day for two weeks on end, and it generally lasts two or three years without attention.

A company in the UK fixes them for very reasonable rates too.

I have no complaints about Bosch, De Walt and Makita.

You get what you pay for in the end

I have no complaints about Bosch, De Walt and Makita.

You get what you pay for in the end
Click to expand...

couldnt agree more most power tools are pretty good really and we have a broad seletion ..however most are now mafell ....
obvously though of course ..
Mafell no 1
Festool no 2

A top quality tool should last long enough that bearings and even individual gears should be considered a consumable.
That means
a) it's got to be made so that you can take it apart and reassemble it several times over without stripping the threads in the screw holes holding it all together
b) you have to be able to get spares for a fair few years as once it's obsolete, the only thing that may be easily available are industry standard size bearings
c) watch out for horror stories about poorly designed tools that may disassemble when they are new but not once they have a couple of years use on them

I'm not a Festool fanboy - quite the opposite - but kudos to them for the guarantee that spare parts will be available for however many years and if they can't supply the part inside that period they'll replace the tool.

I'd put Mafell, Festool, Fein and Trumpf in the top category from what I've seen of them.

I'd note that Milwaukee seem to be liked by the trades and I think they are tough tools - better than I expected them to be.
J

Guild titan and performance pro for me!!!!

Ps I have some fatmax drills which are between DeWalt DIY and pro range imho...
T 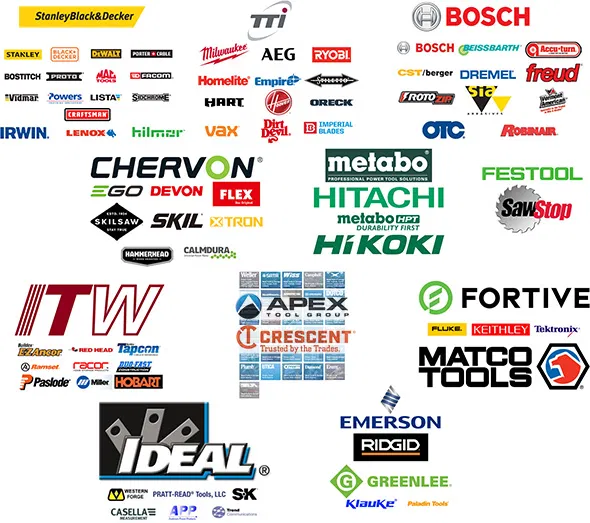 Tool Brands: Who Owns What? A Guide to Corporate Affiliations

Which company owns which tool brands? Our guide shows which of your favorite tool brands are actually owned by other companies.

I've had a 4x24 craftsman beltsanderx 40 plus years and it still is a work horse, OTOH, I bought a n Asian craftsman, router and the armature started flying apart....hard to believe, but it did. Bearings mounted in plastic. Never bought a newer Craftsman tool since then. No QC that I could see
Click to expand...

Craftsman Routers are known to have plastic brush holders, whichpartially melt or get so soft, that the springs push the carbon brushes out of alignment, until the motor fails completely. Craftsman is only a "name", and has passed from company to company along the time. more than 10 years ago I bought two "Craftsman" bench tools: a small press drill and a belt and disc sander... The sander, then made by "Rexon" in Korea has served me well, but the bearings are getting noisy. The 9" drill press was another story: it came with too much freeplay between the quill and the cast iron housing, destroying any precision. And the shaft pulley came badly cast, with too much "core-shift", which caused one side of the puley being too thick and the opposite side thinner, thus, highly unbalanced, so much that is caused a terrible shakingat all speeds, making it unusable. due to me storing the drill press because I was moving to another house, I left it inside the unopened box for about two years, so the damn Sears store did not acceptedto exchange it.
You must log in or register to reply here.
Share:
Facebook Twitter Reddit Pinterest Tumblr WhatsApp Email Link