What a wonderful thing google translate is!!
F 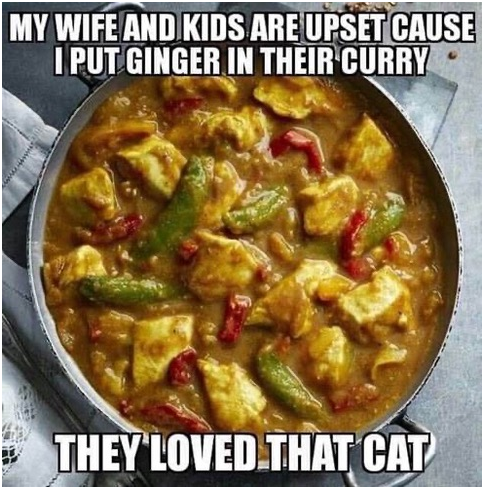 In a little known one- horse East Texas town near Long View Texas there is one road in and one road out. The town is suffering severely from the great depression of 2009. Money is as scarce as hen's teeth. A wealthy traveling salesman walks into the ancient hotel, the only hotel in town and lays a nice crisp $100 dollar bill on the hotel counter and announces to the hotel owner that he is going to walk upstairs to inspect the rooms.

The butcher picks up the $100 dollar bill, smiles, and sticks it in his shirt pocket. He walks out of the butcher shop and walks across the street to a prostitute standing on the corner. The entire town has been running on credit since the depression began. The butcher owes a $100 dollar bill to the prostitute for secret services rendered on credit.

The wealthy salesman comes back downstairs, and states that the rooms were not acceptable, picked up the $100 bill from the counter, and walked out the door.

I read a variation of that one many years ago.

It was even used on TV in dad's army.

AJB Temple said:
It was even used on TV in dad's army.
Click to expand...

How did Capt Manwaring know we would have a financial crises in 2009?

Droogs said:
How did Capt Manwaring know we would have a financial crises in 2009?
Click to expand...

The other night I was invited out for a night with the "boys" I told my wife that I would be home by midnight, "I promise!" Well, the hours passed and the beers went down way too easily.

Around 3am, a bit loaded, I headed for home. Just as I got in the door, the cuckoo clock in the hallway started up and cuckooed 3 times.

Quickly, realizing my wife would probably wake up, I cuckooed another 9 times. I was really proud of myself for coming up with such a quick-witted solution, in order to escape a possible conflict with her. (Even when totally smashed... 3 cuckoos plus 9 cuckoos totals 12 cuckoos = MIDNIGHT !)

The next morning my wife asked me what time I got in. I told her "MIDNIGHT"... she didn't seem pineappled off in the least. Whew, I got away with that one!

Then she said "We need a new cuckoo clock.”

When I asked her why, she said, "Well, last night our clock cuckooed three times, then said "oh s**t" Cuckooed 4 more times, cleared its throat, cuckooed another three times, giggled, cuckooed twice more, and then tripped over the coffee table and farted.

When NASA was preparing for the Apollo project, they did some astronaut training on a Navajo Indian reservation.

One day, a Navajo elder and his son were herding sheep and came across the space crew. The old man, who only spoke Navajo, asked a question, which the son translated, “What are the guys in the big suits doing?”

A member of the crew said they were practicing for their trip to the moon. The old man got really excited and asked if he could send a message to the moon with the astronauts.

Recognizing a promotional opportunity for the spin-doctors, the NASA folks found a tape recorder

After the old man recorded his message, they asked the son to translate. He refused. So the NASA reps brought the tape to the reservation, where the rest of the tribe listened and laughed, but refused to translate the elder’s message to the moon

Finally, NASA called in an official government translator. He reported that the moon message said: “Watch out for these guys; they’ve come to steal your land”

Cooper said:
What a wonderful thing google translate is!!
Click to expand...

Indeed. I think it can translate any known language except wife.
F 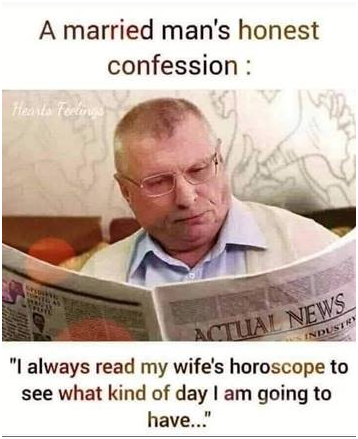 An engineer dies and goes to hell. On arrival he looks around, finds it’s too hot, and dry and everything is so distant, so he decides to go to work.

Later, God starts to hear rumours of things changing in hell, so he decides to call the Devil.

The Devil, is quick enough to tell God, the new tenant has put in running water, air conditioning, lifts and elevators and is now planning a public transport system.

God, quickly says there seems to be a mistake, as the engineer was destined for heaven. The Devil disagrees. God then threatens legal action, The Devil says go ahead. But, remember this, I have all the lawyers.

Needed to read this twice....

I was watching "Pointless" a couple of nights ago and one of the topics was "Egyptian Gods" -- one being "Apis".

Richmond Osman came out with the classic line :-
"When the God died there were mass suicides - many proclaiming

"We are dying for Apis'"

Lost my thesaurus last month, so I got one second hand on Amazon costing £5. It finally arrived this morning and it is missing the sodding 1st and last pages. It's only going from bad to worse
B

The lion married off a child. Being the king of the jungle, he invited all the animals for the wedding.

On the very special night, a mouse walks up the lion and says, "Congratulations brother!"

The lion looks at the mouse and says, "Thanks, but since when am I your brother?"

The mouse replied, "Well, I was once a lion too, then I got married."

During the medical exam of a female patient, the doctor says:
"Your heart, lungs, pulse and blood pressure are all fine. Now let me see the part that gets you ladies into all kinds of trouble."
The lady starts taking off her undies, but is interrupted by the doctor.
"No! No! .....Just stick out your tongue!"
Click to expand...

While visiting Annapolis, a lady tourist noticed several students on their hands and knees assessing the courtyard with pencils and clipboards in hand.

"What are they doing?" she asked the tour guide.

"Each year," he replied with a grin, "the upperclassmen ask the freshmen how many bricks it took to finish paving this courtyard."

When they were out of earshot of the freshmen, the curious lady asked the guide: "So, what's the answer?"

The guide replied: "One."