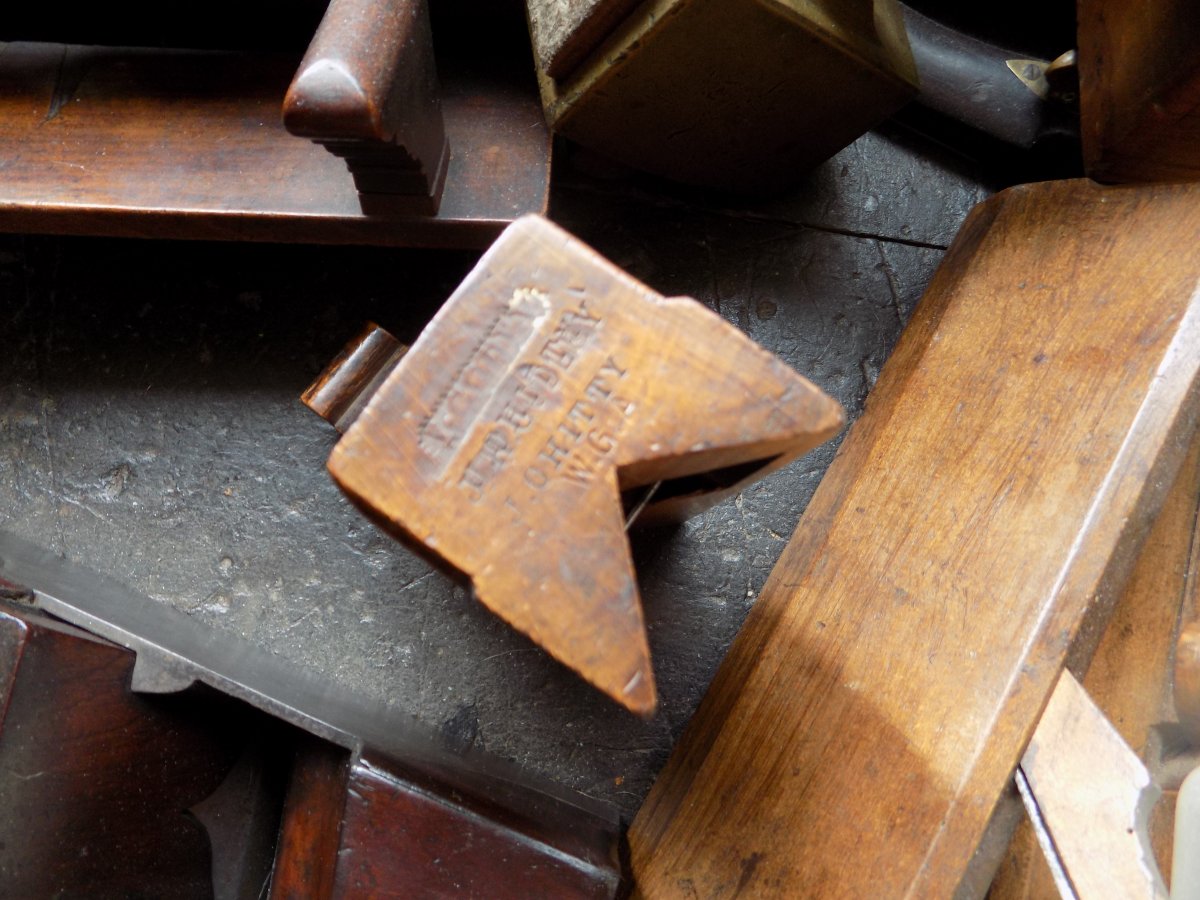 D_W said:
I can't really say much about what warren does or doesn't do. When I tested cap irons early on, I didn't like them with much steepness at the very tip - I just roll the stanley profile ever so slightly steeper while polishing but I don't like a wall - not even a short one - at the front where the cap iron meets the iron.
Click to expand...

To clarify Mr Mickley has stated he rounds the edge of his cap irons.

I might have a wee play with some scrap and see if I find there is a difference in polish,
on the end grain compared to long grain.
Say on something which should be of noticeable length, which likely makes things more obvious.
Something along the lines of a wee chamfer, and not something a half inch wide.

Might be just a case of silica dulling the iron, hard to tell when the teeny chamfers I've made when wanting accurate bevels, were only little plugs and such, for the intention of not bruising the mortice walls/going in straight, when getting hammered into the timber with a big blue Thor mallet for a seamless gap.

Was out at the folks yesterday, held the LN low angle block for a moment,
nah, I'll leave it there yet, where it won't rust.

I was kinda expecting to read of some folks using two approaches to this,
Double iron for the long grain, and low angle for the end grain.

Going back to the comment about a wall or very steep roundover on the cap.
Not even sure if it would be noticeable when making say a bevel of 2mm wide,
but I get the feeling that there maybe some difference of the chatoyance of those bevels.

Someday, I'd love to get a bunch of cap irons to muck about with, say at least two spares, so I could experiment with a tight mouth for end grain, with suiting
*seemingly* lower angle around 30 or whatever,
And compare that to my regular 50ish with open mouth, and over 70 also,

Be interesting to see if any differences can be noticed here.
as I have a hard time believing all results would be the same,
or that my setup as is now, cap @50somethin+plus open mouth for smoothing is unmatched.

B
Advice on retaining chamfer definition