I will be sorry to part with this but I do find I'm using much less often now so maybe time for it to go to a new home.

It's a Festool CXS. It's a Festool so probably don't need to say a whole lot more. It comes in a systainer with two batteries, charger, Centrotec chuck, Centrotec bit holder, regular chuck (not sure it's ever been used) and a right-angle adaptor (that has been used and proved extremely useful many a time). Mine has been almost exclusively as a fancy - for which you can read pricey - screwdriver, very rarely anything more demanding than 4x40mm into plywood or pine! It is capable of doing so much more, as demonstrated by Peter Parfitt in one of his Youtube videos, which is what sold it to me in the first place. Only ever used at home so not been well and truly hammered on a construction site.

Asking £150. Due to size, weight and value, fully insured courier (Hermes) will be round £11 but you can collect from lovely Lincoln and I will be attending the Midlands Woodworking show if that would suit better. 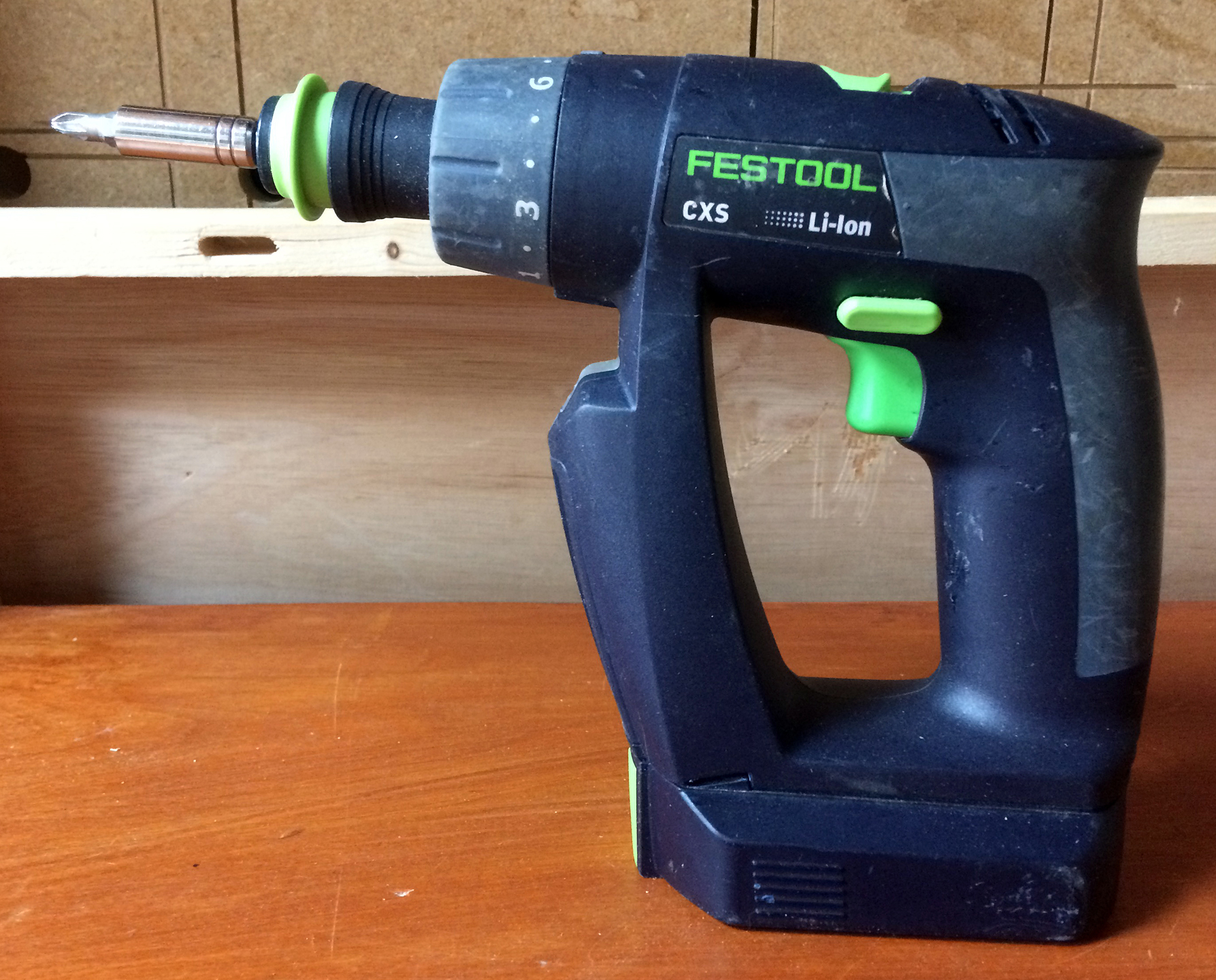 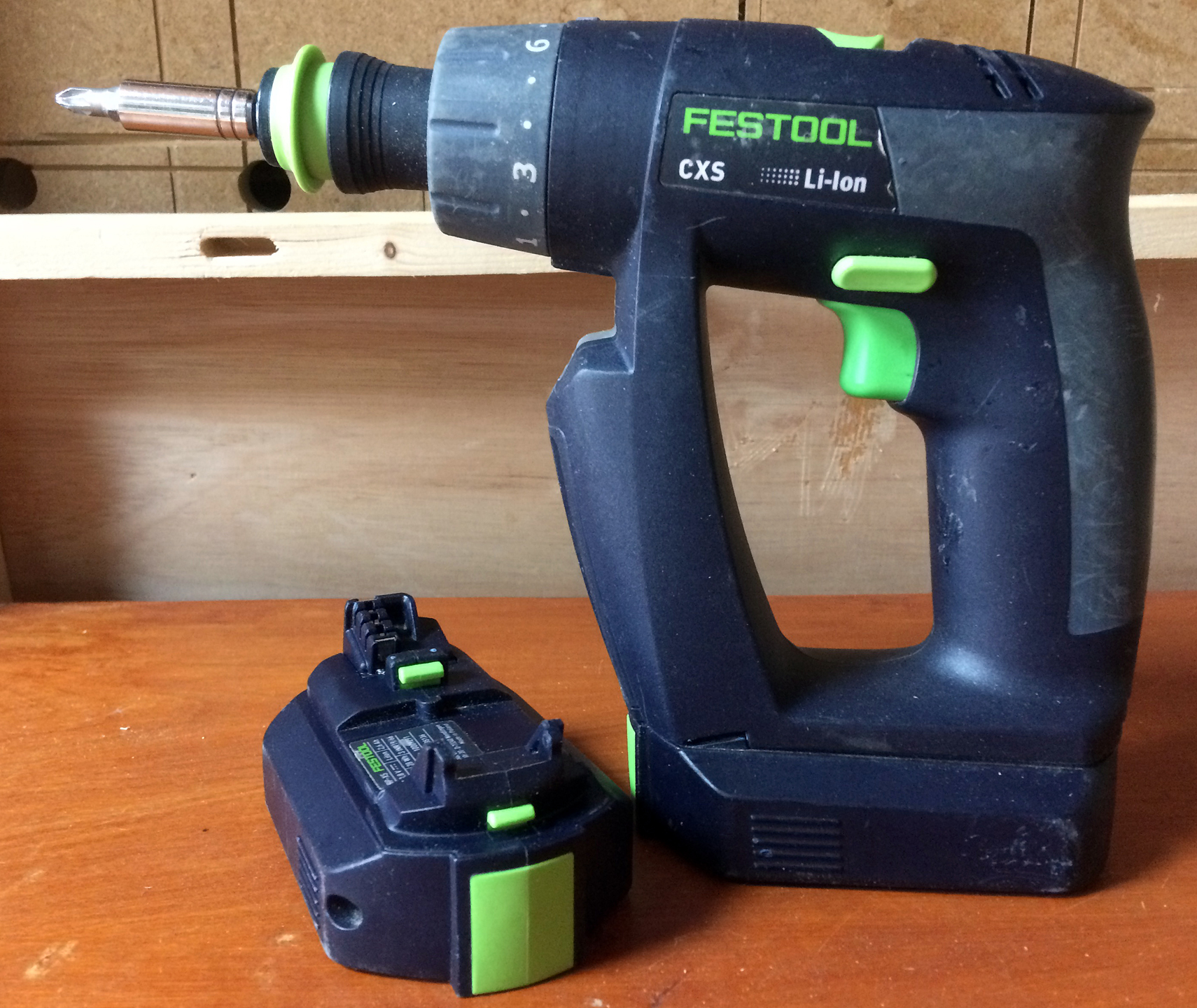 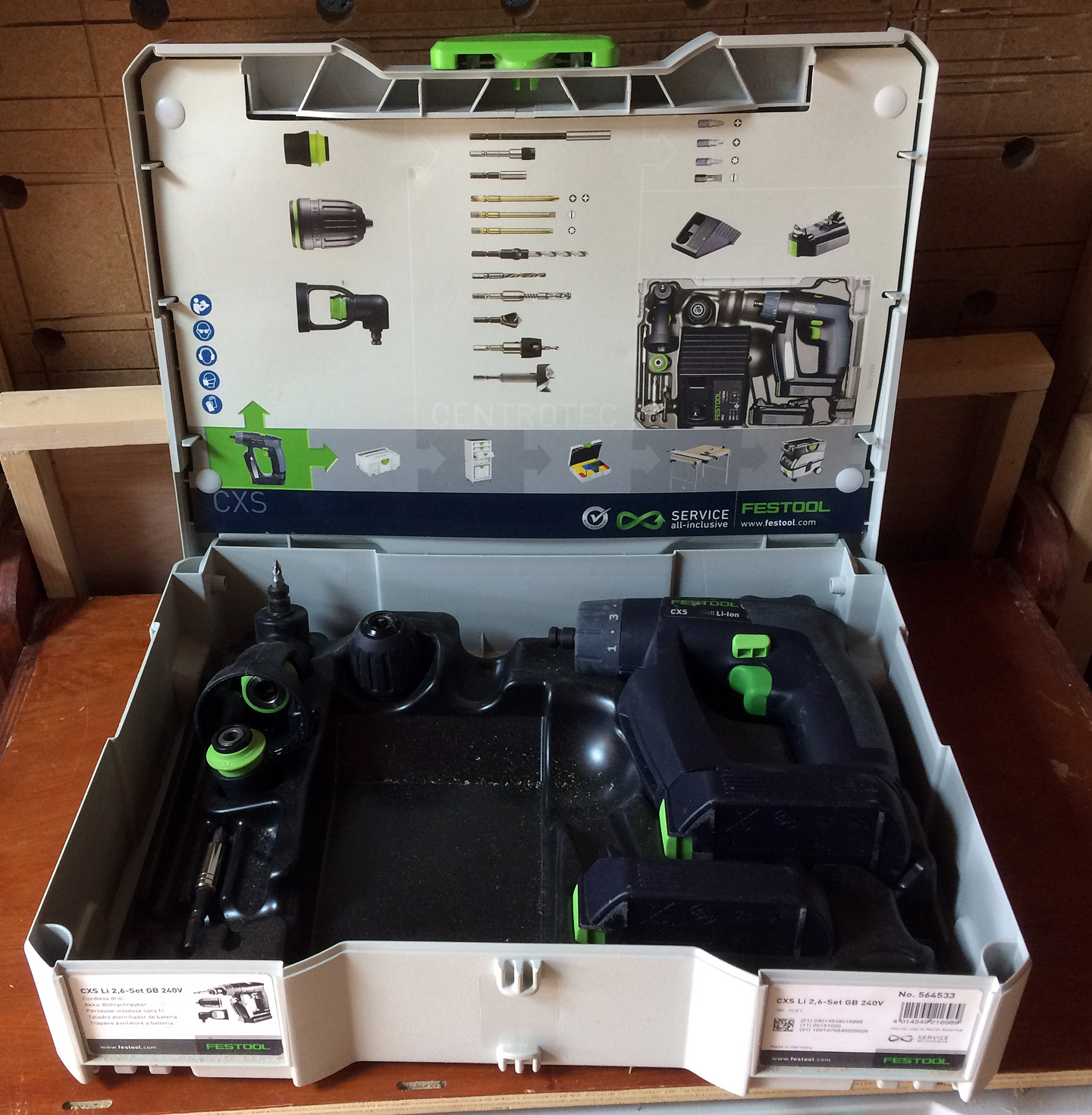 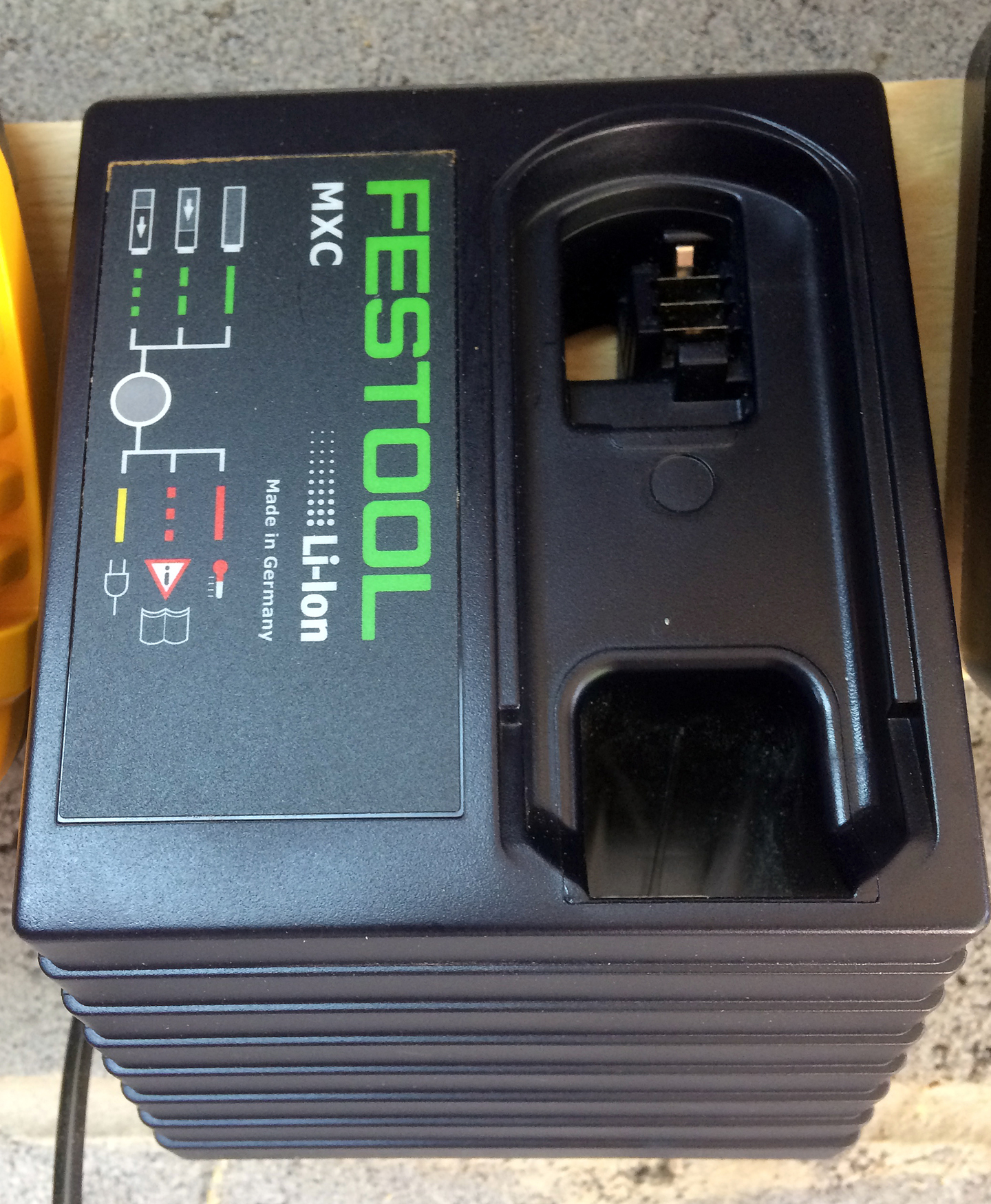 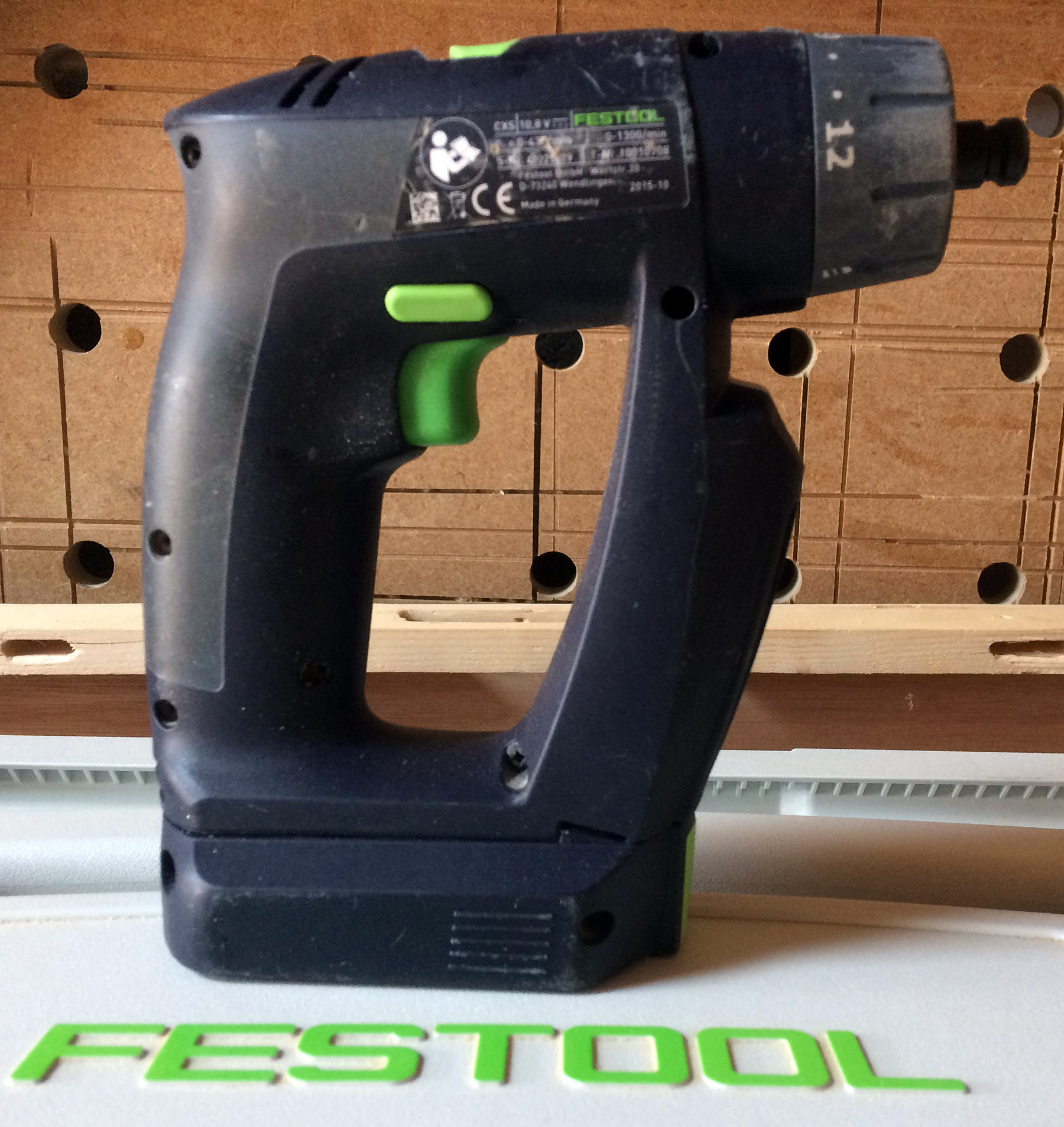 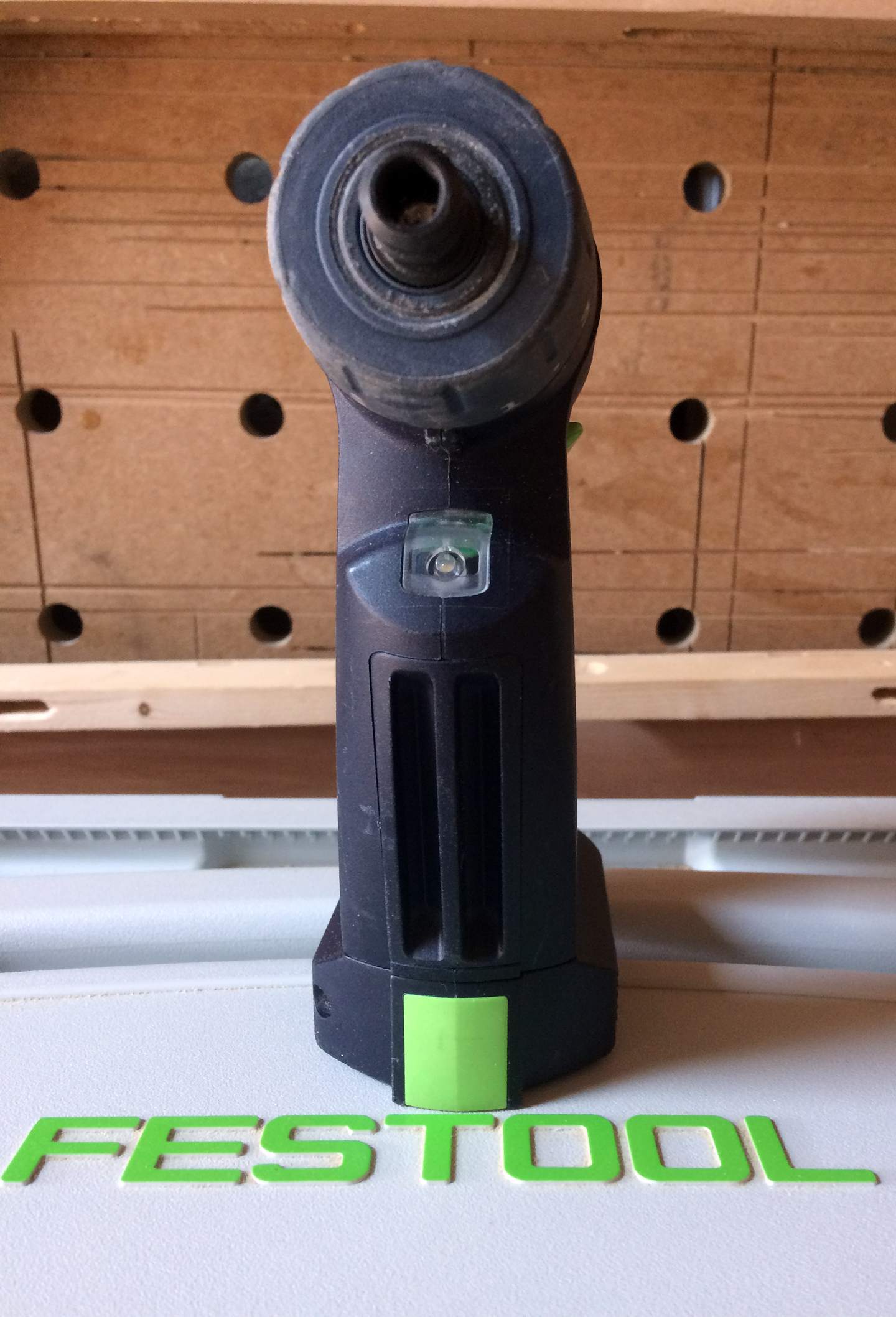 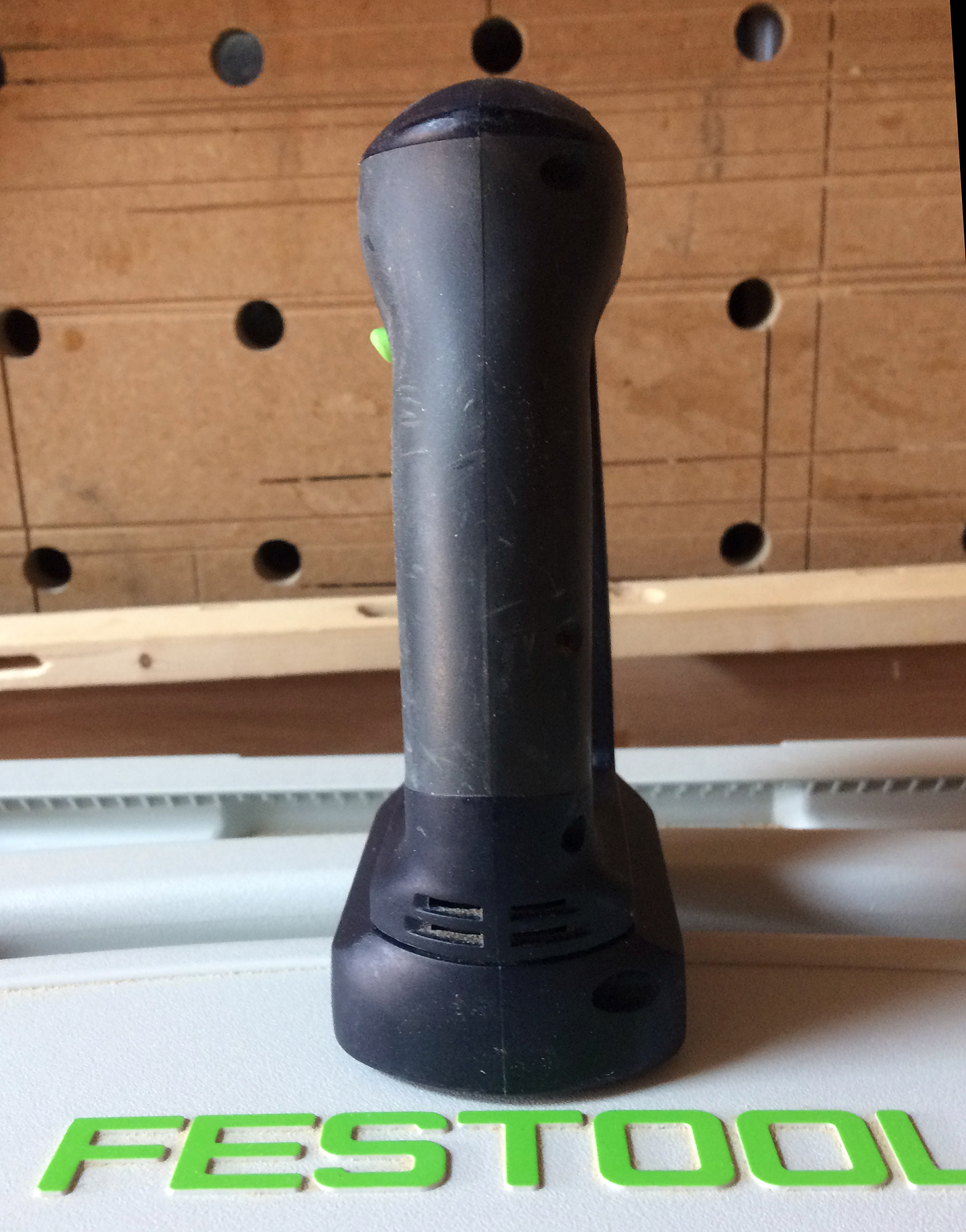 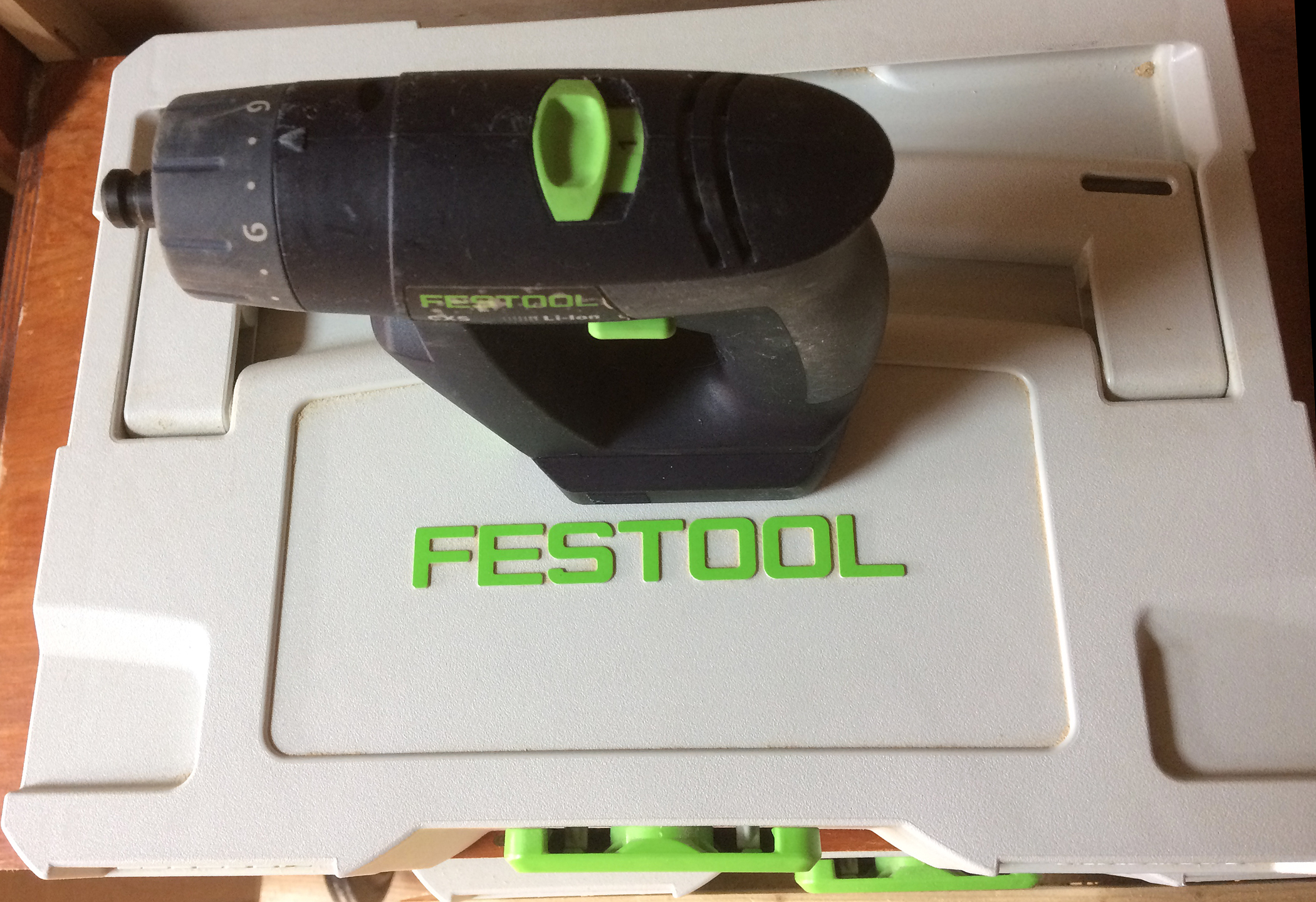 Just to say that I’ve got one of these and it is probably the most used tool in my box. It seems pricey new but worth every penny.

But I don’t need a second one!
L

Are you sure about that? I mean really, really sure?

I loved this one and when my old 18v died I was tempted to get a second. Couldn't really justify the cost though, hence how I ended up with four different brands on the go!

Yes really! I find I use the additional chuck quite often, when I need size of bit which I haven’t got in my set of centrofix Fisch bits. Also really useful for Dremel type mini tool attachments. But the piece of resistance is the angle chuck. That has got me out of trouble so many times. Also the drill’s light weight, the clever belt/holster bracket, the magnetic bit holder, I could go on and on.

What are home alarms for, other than driving your neighbours up the wall?
2 3 4