This is a bit of an experiment. Most forums I've been on have had a "Post pics of [something topical]" thread, but not this one. There's probably a good reason for that, but I'm going to stick my neck out anyway.

So here's my offering to get the ball rolling. I could have posted a photo of a mug of tea, but that's hardly relevant. This is a replacement guide knob for SWMBO's Burgess bandsaw. Formally it was in the care of her Dad, who isn't the most mechanically minded, hence why it needed a bit of a spruce up before going back into service!

Carbide tipped turning tool, inspired by recent threads on here. Maybe got a bit carried away with the length... 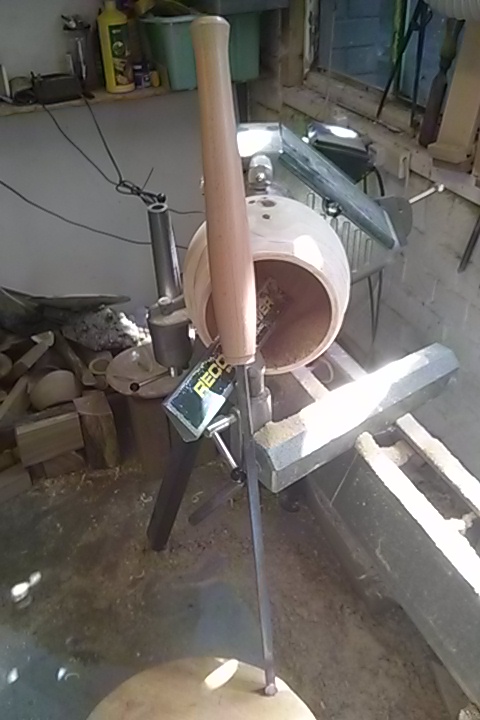 The last thing I carved for my cousins wedding present. 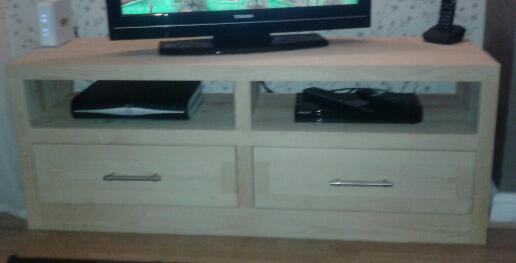 I made this wardrobe for my mrs to house her ever increasing bag collection. I learnt a lot making this and got a load of browny points.

Spent the last couple of weekends putting this patio table together to keep SWMBO happy. Hopefully that gives me some breathing space to get on with what I want to!

Made this set yesterday

The last thing I made on my own was a Computer desk in air dried olive ash from MAC timbers with bog oak handles and cock beading. It was a great piece to make, but I probably got the price completely wrong and hardly made minimum wage doing it. I don't really care though as you don't get commissions like this every day

I wish you could have asked for this on a more exiting day but here we go. Made another leather strop this afternoon its a light weight one for my tool box drawer. 18mm birch ply with some of the leather Steve Maskery gave me glued on with pva. The last one i made with a granite base is great for the workshop but it is too long for the box and its heavy to cart around . Just getting some of my tools tools sorted for the Schwarz atc class on the 21st.

Bandsaw box for my youngest daughter. 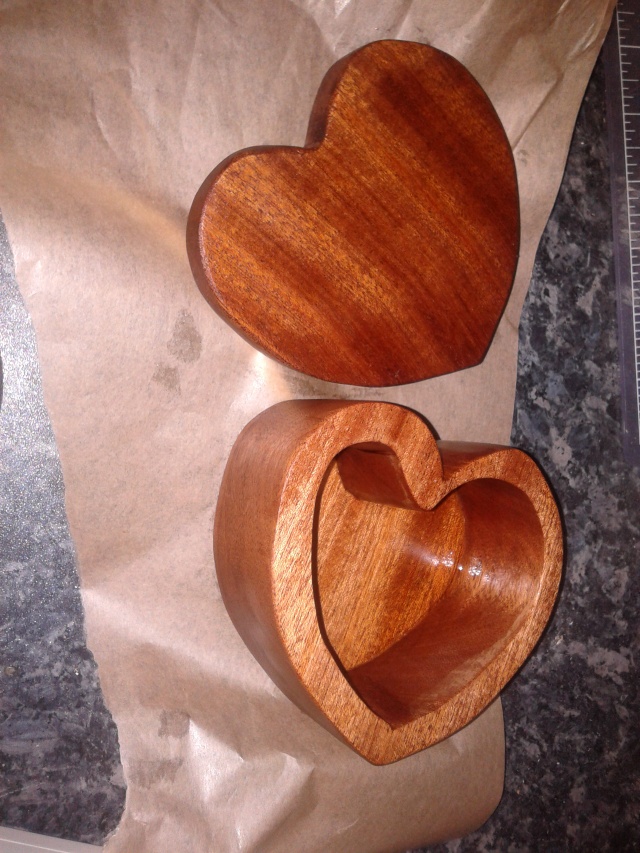 I am still making my workbench!

richarnold":3g1ei3b0 said:
The last thing I made on my own was a Computer desk in air dried olive ash from MAC timbers with bog oak handles and cock beading. It was a great piece to make, but I probably got the price completely wrong and hardly made minimum wage doing it. I don't really care though as you don't get commissions like this every day

Some really nice work there...in all the threads. Well done folks.
B

A box to sit in the apex of an orangery, to hold up a clock tower above, mechanism to be an old style cast clock frame... Very interesting job!
The timber frame spans between the steel purlins and everything else sits off that.

Now having doubts about the size of the clock tower after seeing the base!

The last thing I actually made and finished which was proper woodworking was a potting table for the missus. I have a half finished kitchen, but I don't think that really counts.

Apart from my recent toe-dipping into the daunting world of carving the last thing I'll admit to is a stand for my son's new 42" TV for his new house. We both agreed that commercial versions are silly money:- 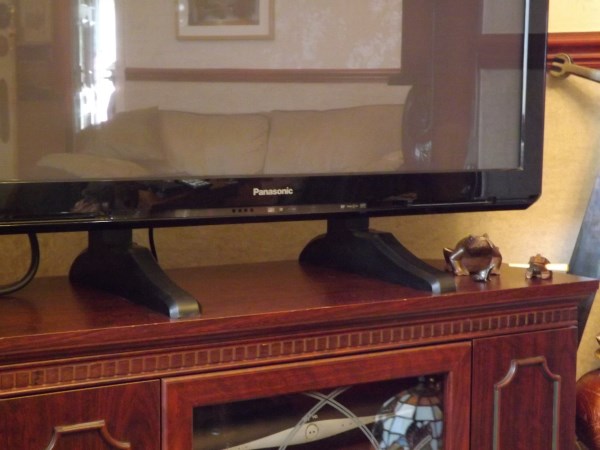 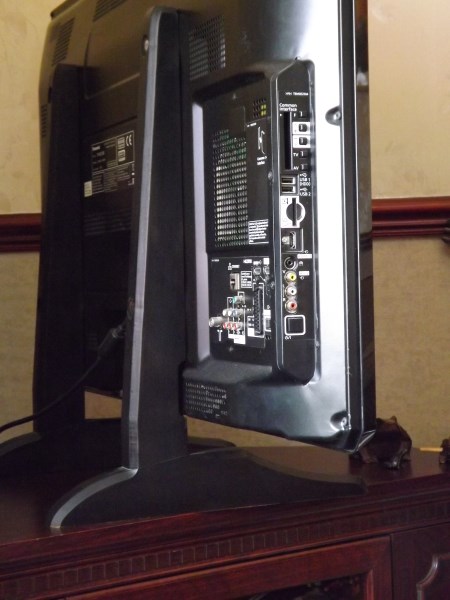 I've just made a batch of pediments for dressing up some doorways and openings next week I'll make some more!
The long one is 3.4m over all. 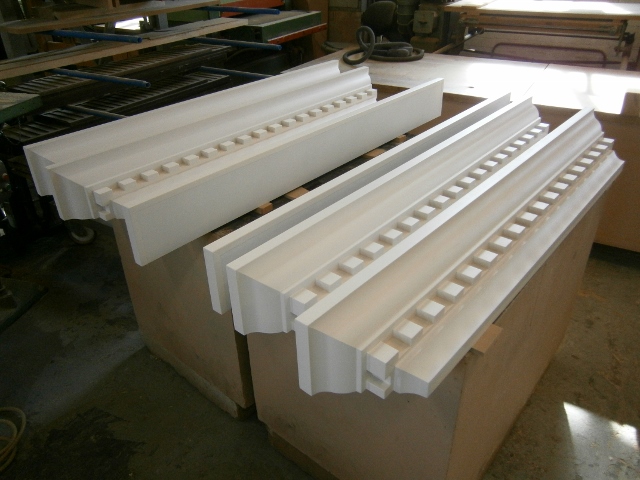 An almost completed Credenza for a shop in Londinium 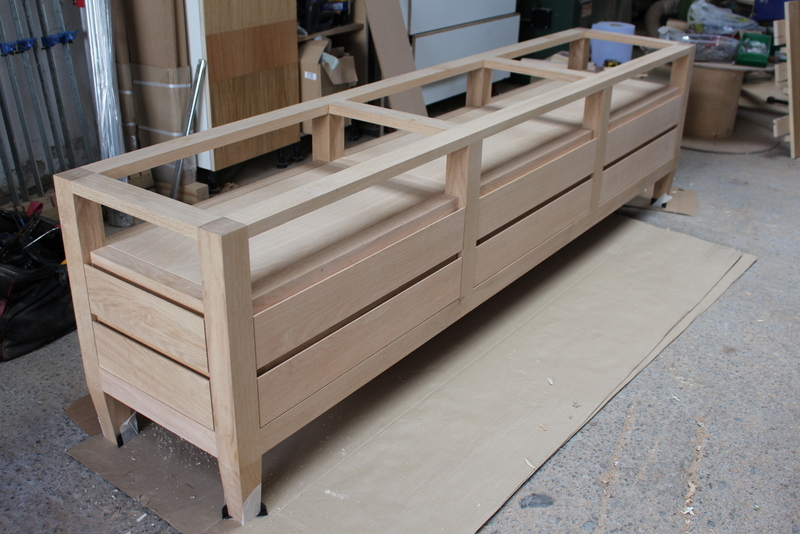