I’ve just made 6, 25mm thick beech shaker doors with 9mm mr mdf panels. These are going to be painted for a kitchen I’ve made. The beech is kiln dried from my local hardwood supplier I’m very particular when it comes to machining. Unfortunately most of the doors have moved, some have twisted. It will be the last time I’m using beech, it seems very unstable. Has anyone had a similar experience? What other timbers do you guys make your f/frames and doors from? Maple or Tulip?

The only way to know that beech will be stable is to observe the stock through seasonal change and then use the stuff that stays straight.

I have quartered beech (build a lot of planes). If the tree is not sawn pith on center, even quartered beech will twist. There's a substitute for proper sawing, and that's age - the same thing works for all wood- age could be 5 years or it could be a decade or more. Not a very practical option.

Cherry, walnut, quartered oak, etc, generally do better here in the states for stability. poplar is common here for painted doors as it's light, cheap and doesn't have pores. It's also reasonably stable.

If any wood is twisted before you plane it straight and true it will move into twist again as the humidity changes. Avoid using any twisted wood for styles and rails, there is always something you can use it for.
It’s highly likely that with the very warm weather the stuff is drying out, if it was stored in an open shed, or unheated etc, you need to keep it for a month or two in your workshop before using it. I try to keep stuff for 6 months in the workshop before I use it to reduce the amount of movement. Avoid letting it be exposed sunlight, clamp everything flat (In stick) before you leave for the night and get finish on quickly once you’ve made it.
D

Thank you all.
Although I can't offer much encouragement, you have at least reassured me that it's not just me!
As a beginner, I was offered a stack of kiln-dried beech boards and so started my projects with this. I have had a terrible time with it moving (even when kept in the destination room for months before assembly). Cupping and winding mostly. I thought I was just rubbish - it seems that there may be somethign as well as that!
D

hold on to your pants...

in order to get 4x4 quartered stock that's 16/4, I generally have to pay about $16 a board foot total to get something sawn straight.

Wood has volatile gases in it, and over time (From what I gather about reading re: thermal treatment of spruce and beech - two useful building timbers that are not nearly as good in second growth as they were in old growth) those gases leave the wood and eventually the wood movement in general (including expansion with moisture) declines significantly. Thermal modification does more than just cook those gases out - depending on temperature.

Beech has another compounding issue - if you get a quick period of low humidity, it can crack on the ends during those first few years, even if it's dry. That's a pain. It passes moisture from end to end faster than anything else I"ve seen, which doesn't help problems, either.

My point is, if you want to build with beech - store it somewhere dry so that it doesn't spalt or mold, and wait several years before using it. It should be much more stable then (and it still works nicely - it doesn't get dry and brittle until it's much much older).

Don't give up on your beech. Just give it time. It's not the most interesting or exciting timber, but it's perfectly possible to make some really nice projects with it, such as chairs, for instance. It's also great for chopping boards, and for tool handles.

Tulipwood or good quality redwood from your local timber merchant is what I'd suggest for your painted doors and face frames etc.

Also, be aware that there are around a dozen species of beech, and that the north American stuff is different from the European.

You have just got to go with the flow: 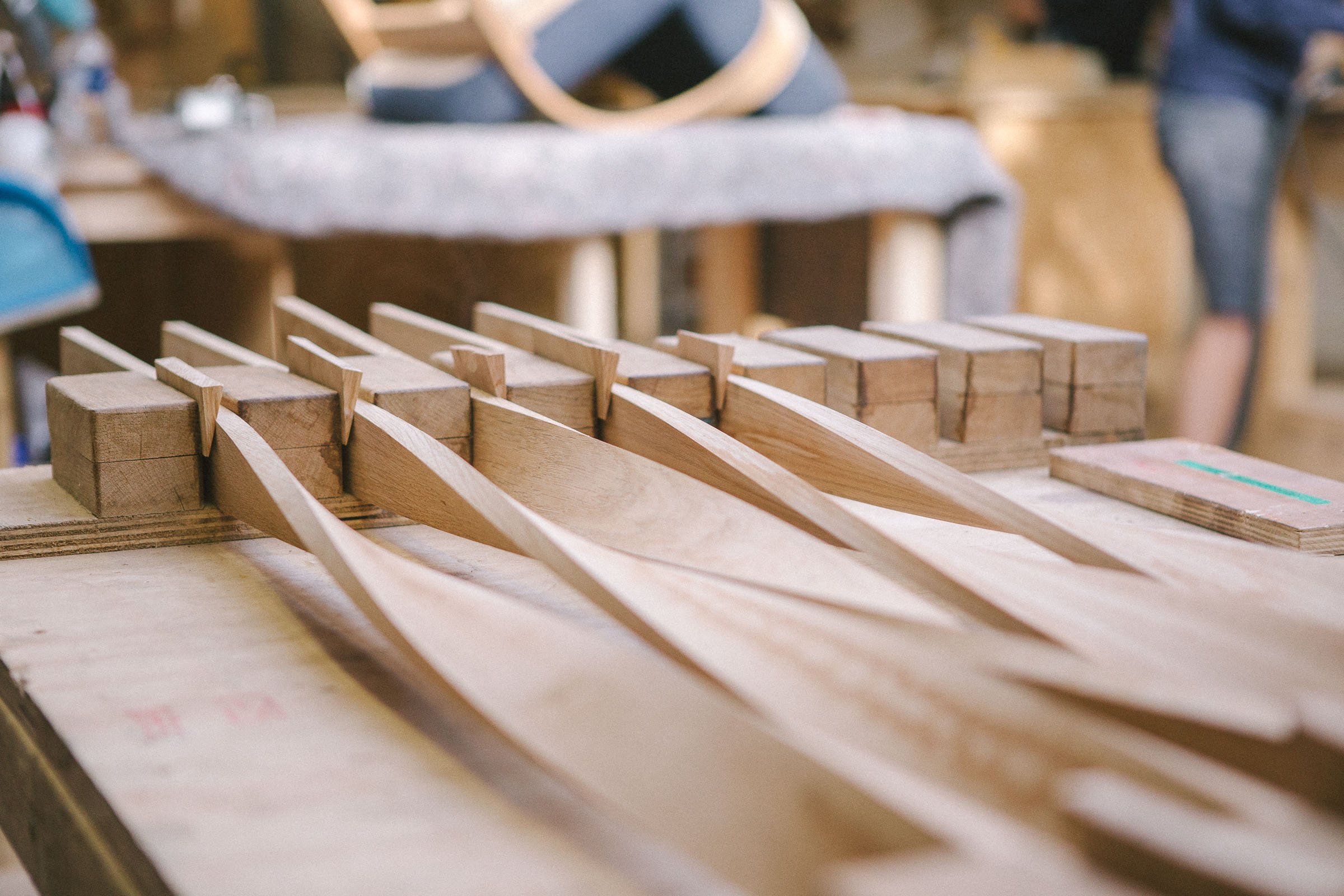