they changed the street lights today on my road! can't believe it, I'm almost 34 years old and all I've ever known is yellow light, must admit it looks a lot better than I thought it would, I'm guessing they saved stockport til last or is it going on everywhere?
S

I'm in greater Manchester, they recently changed them here. It definitely looks better here as at least they are all the same colour now. Previously it was a range of white, different shades/brightness of orange/yellow and the odd pink one. :shock:

On the road where I live, theres an unadopted side road leading to a few houses which has one of the oldest lamp posts I've ever seen. Complete with super dim bulb :mrgreen: Thats the only light the road has, and on foggy nights it definitely has a horror film vibe about it.

Had them around here for a few years. I think it's a big improvement. The lights are a lot less intense but do a much better job and I am sure saves a fortune in electricity. Also since fitted I have never seen one broken whereas with the sodium lamps there it seemed every other lamp was blown :lol:

There are set ups where every second lamp is on another circuit so it can be switched off - it could be deliberate.
I wish I had an air gun so I could blow out the one outside our bedroom window.
E

scooby":jtnscnvw said:
I'm in greater Manchester, they recently changed them here. It definitely looks better here as at least they are all the same colour now. Previously it was a range of white, different shades/brightness of orange/yellow and the odd pink one. :shock:

On the road where I live, theres an unadopted side road leading to a few houses which has one of the oldest lamp posts I've ever seen. Complete with super dim bulb :mrgreen: Thats the only light the road has, and on foggy nights it definitely has a horror film vibe about it.
Click to expand...

It's a converted gas lamp - commonly done in the 1950s and 1960s. You can tell because the standard has a bar against which the lamplighter could rest his ladder.

Here in Bristle we still have a few streets that are gas-lit. They're in the Kingsdown area: 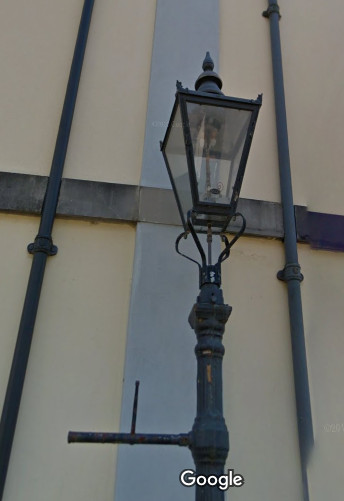 There's no lamplighter now, just a time switch - but as you can see, the bar remains. I think there is at least one other part of the city lit similarly, but I can't remember where.

Until about 20 years ago, too, the emergency lighting in the Hippodrome was gas. The fittings are still there, but I doubt they work now. Back in the 1980s, I recorded them (sound) for the background to a radio play set in Victorian London. Remarkably hard to get a recording of something that quiet in the middle of a city.

There are some Gas lights in Great Malvern. They gave inspiration to C S Lewis for the lamp in the Lion the Witch and the Wardrobe

Thank your stars you don't live in Bristol.
WTF Bristol Council!
https://www.bristolpost.co.uk/news/bris ... me-2697306

Shame on you.
E

It's not as simple as that story makes it out to be.

I've seen some of the daftness locally, and spoken off the record to some of the officials involved. Here are a few thoughts:

The article does explain about conservation areas. If we want a nice built environment, one which keeps the better bits of older architecture, we have to maintain it somehow. The council is obligated both to do this and at the lowest practical cost.

The council has to replace street lighting. It is very difficult to refurbish lamp standards in situ, and anyway that's not necessarily helpful.

For example, although I am in a conservation area, our road is an important through-route:

It was long ago discovered that having street lighting high up is good for a number of reasons: it improves driver safety (in several ways) and it is better for dark skies. So, in a road once lit by gas in a similar way to the lamps we were discussing, we now have thirty or thirty-five foot tall standards, each with a LED array at the top. Even this doesn't "fix" every problem, as in the summer, trees in leaf shade the footpaths. But, because traffic apparently cannot cope otherwise, "daylght" is now 24x7. LEDs make it affordable, but it isn't nice in the daytime (looks industrial). That said, as a resident, I think the street lighting is better than it was - less eye strain when outside at night, etc.

But the two streets adjacent to my bit of our road have "traditional" standards. Actually they don't. The cast-iron originals had sunk-in to an unwanted extra depth of about two feet, so the decorative moulding round the base was at pavement level. They couldn't even be rewired without a lot of work. Instead they now have modern, heavily galvanized standards, with an authentic plastic sleeve over the top, to add fluting and style. I believe it's paintable, too, although ours are black presently.

Everybody wins, except that, for some totally daft reason, the new ones have been moved to the outside edge of the pavement, so that they interfere with the progress of blind and disabled people, and with car doors, etc., when parking.

The old standards were taken away for refurbishment where possible (and then for stock). If you know Clifton, mentioned in the piece, you'll also know it's been used for many period TV and film dramas, and it is a lovely area (like central Bath but on a smaller scale).

Although our gaslight-era standards were taken, I want salvageable old fittings to go to Clifton and similar areas: 30-foot LED standards would look horrible. Anyway, I'm sure you know of the joys of welding cast iron too - many of the standards removed from here will not be suitable for re-use anyway - I'd guess fewer than 20%.

So whatever that silly web site says, the situation is a lot more nuanced. The council has its priorities (such as social services) given to it by central government (by laws), and pretty street lamps are way, way down that list. I criticise them for many things, but in the case of street lighting, I think they are doing pretty well considering.
B

phil.p":plbiky71 said:
There are set ups where every second lamp is on another circuit so it can be switched off - it could be deliberate.
I wish I had an air gun so I could blow out the one outside our bedroom window.
Click to expand...

If you contact your council you can ask for a deflector to be fitted.

phil.p":fpp2do95 said:
I wish I had an air gun so I could blow out the one outside our bedroom window.
Click to expand...

Phil, if I'd been asked to bet on which forum members still have the airgun they had as a teenager, my money would have been on you!

On gas lighting, I lived in York back in the 70s. I visited in the 80s and noticed that St Helen's Square looked different. Then I realised - the council had installed brand new gaslights for the all important historical vibe. I hope all the tourists like it!

Blimey Eric, you'll be telling me next that news and media outlets and in some instances even small scale newspapers/websites try to jazz up local stories to make them sound more exciting! Whatever next?

Although to be fair, if I lived in one area and loved the old lamps and I'm sure many do. And, if I was told by the contractors they were being removed to refurb a richer part of town, where they are willing to spend the extra money to maintain the charm and dignity of the more rarefied areas while my area was not worth it because I was too poor to afford to live in Clifton I'd probably have the Ar*e too to be honest Eric.
I understand it's a complex issue involving many subtleties of variable issues, but purely from a private and personal perspective if I lived in Beckington Road, (hardly a slum itself from the video) I'd be steaming.
More so if the council were trying to keep it hushed up and only released information a couple of days later under pressure, presumably from a 'silly website'.
https://www.bristolpost.co.uk/news/bris ... ol-2687538
This was posted two days before the previous page I linked too.

Not keeping the red flag flying Eric or wearing a tin foil hat or looking for an argument.
I fully agree it's important to conserve areas of special interest. Personally I'm just not sure you should do it at the expense of other residents from less well off areas. If maintenance costs are too high they should be too high everywhere surely? Or are the margins acceptable in wealthier areas? And if so I'm not sure I understand why? Well I do, but at what cost?
I understand modern replacements are cheaper and more efficient, so surely the aim should be to replace all lamps throughout Bristol no?
It's a moot and unanswerable point I suppose. An Enigma, rolled up in a mystery, rolled up in an onion. All the skins and such... :shock:
One of my Grandads worked on whaling ships, the other was (partly) fundamentally responsible for the concept of the Green Belt. A tale of two families (who both got on well but were vividly and fundamentally different in outlook, experience and circumstance).
Wonder what they would have said had you sat them down for a beer or two. Or a beer and a dry sherry to be fair, on this subject. I would love to hear it.

If I get a sec later today, I'll take some pics of the new standards in the street next to ours - they don't look at all bad.

I think the thing about swapping out old for new is sensible (even round here), and I don't live in Clifton. I do, however, show it off to out-of-town (and foreign) visitors, who are usually impressed. I think it's worth the upkeep, for as long as we can. If you haven't been, this is Royal York Crescent (note the eyesore street lamp in the road below, incidentally):
https://goo.gl/maps/tHEfjyfpRgzkKLBt6


I'm sure this sort of thing (in Siberia) is more egalitarian though it's a direction I'd never want us to travel towards. I can't see their streetlamps, but there must be some: 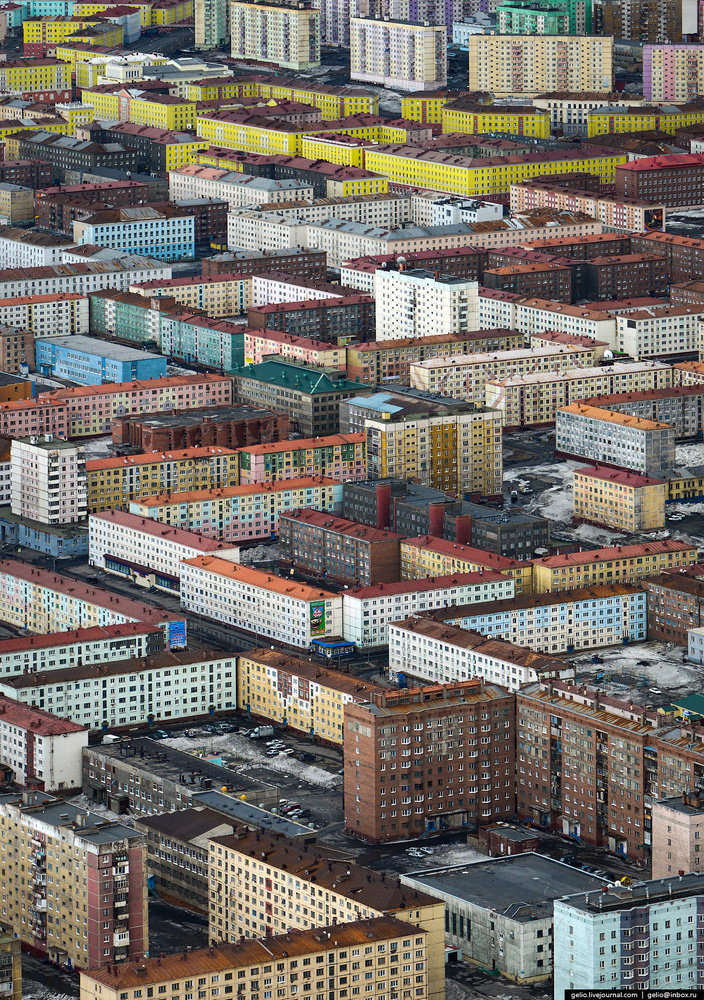