My son Richard found this Hawthorne tree, roots an'all, in a roadside hedge, first thoughts of course, once it is home, is what to do with it? What would you do? I have already done, and will post up the pics later, but I am interested in others ideas. 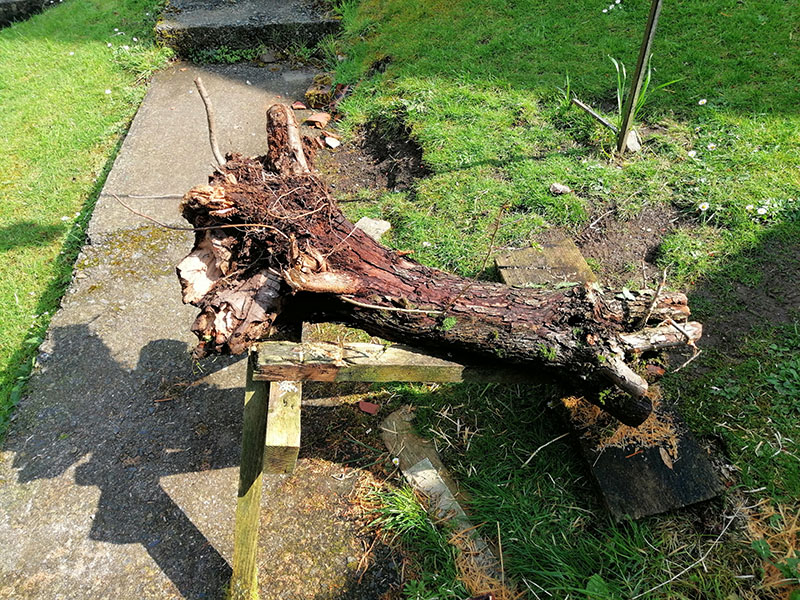 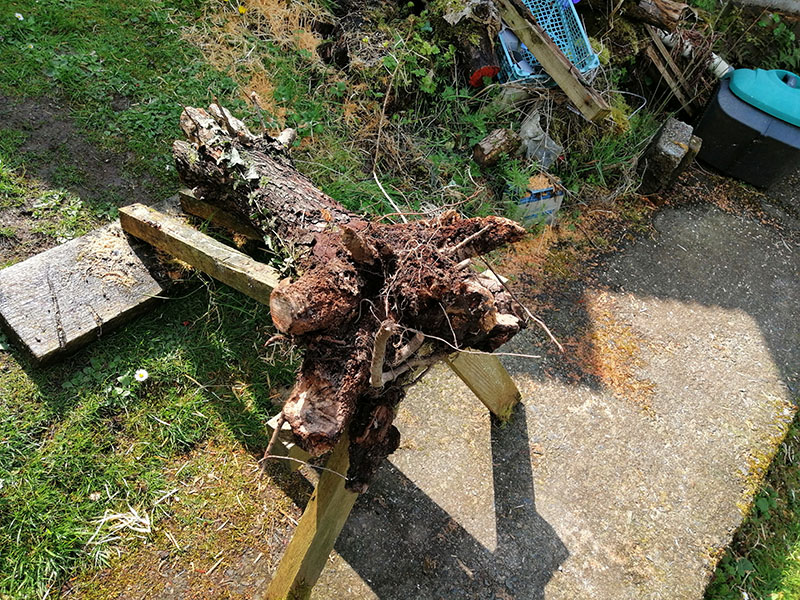 To me there is a lovely bowl lurking in the root ball, but probably a fair few stones too? So a very good clean out needed. The rest? I would have to have a close look at it me-thinks, but what a lovely find!

Good luck with it.

Thanks for your comment John, there were a few stones but mainly soil, as it is here I have already been at it with a power spray, so it's pretty clean, but you were correct of course to point out the inherent risk with such pieces. I too thought bowl, but did I do that? (I did with the top end at least.)

I started off with trimming the scraps off. 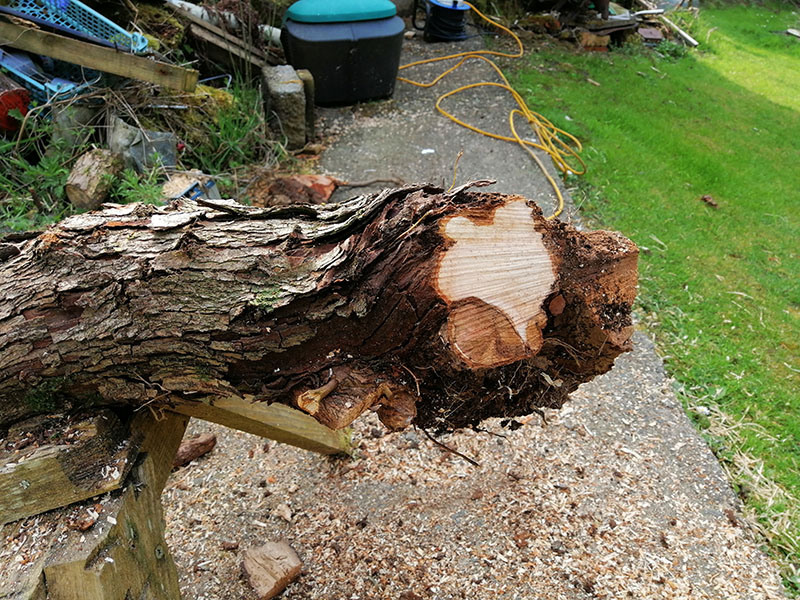 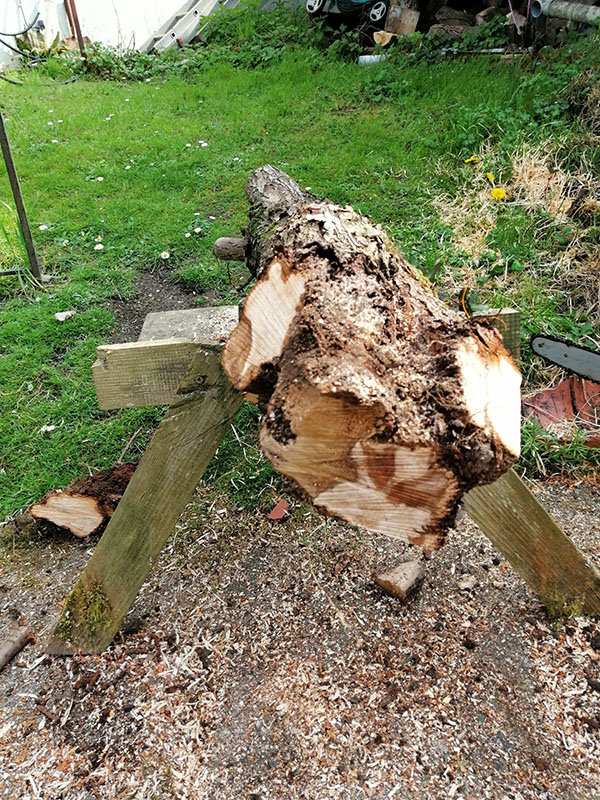 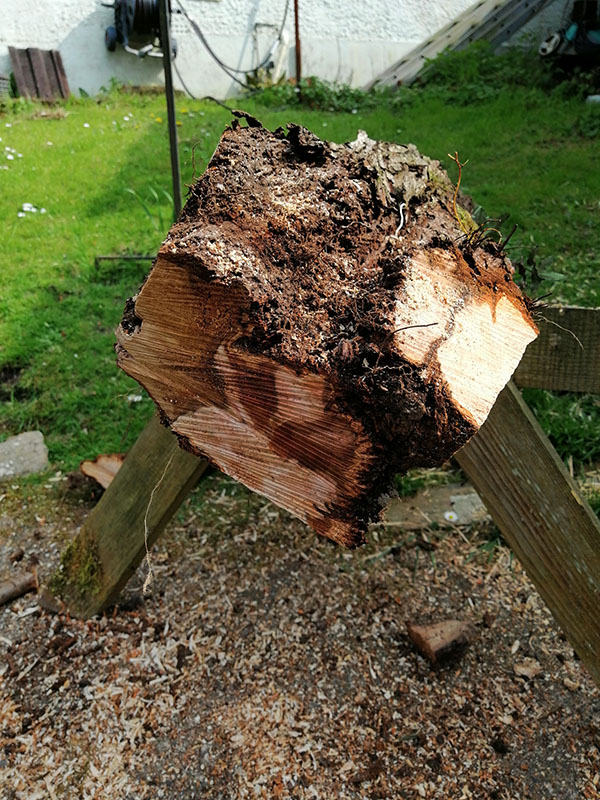 Then I sawed the end off and mounted it in the lathe, using a two prong drive spur. 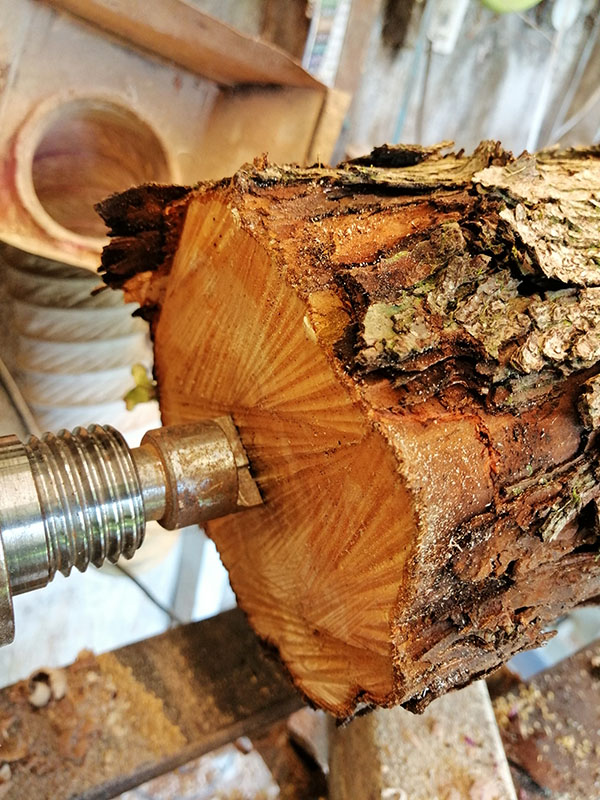 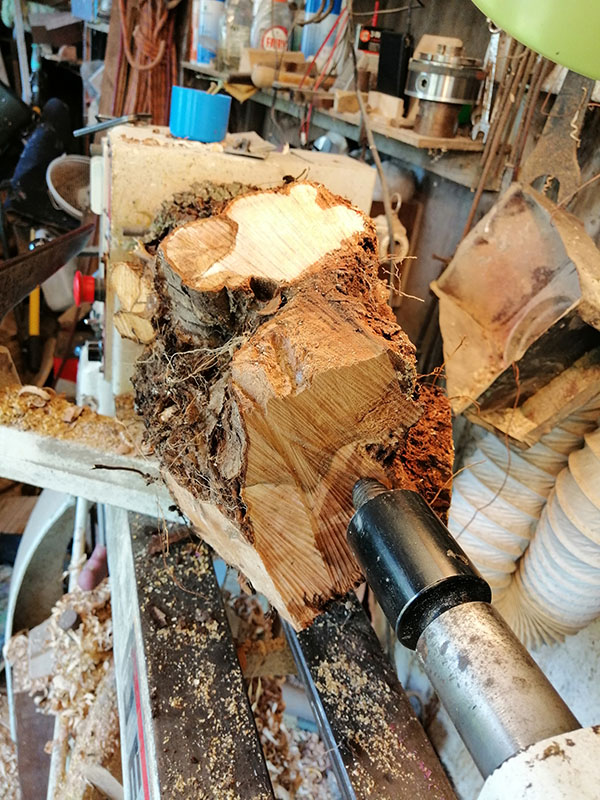 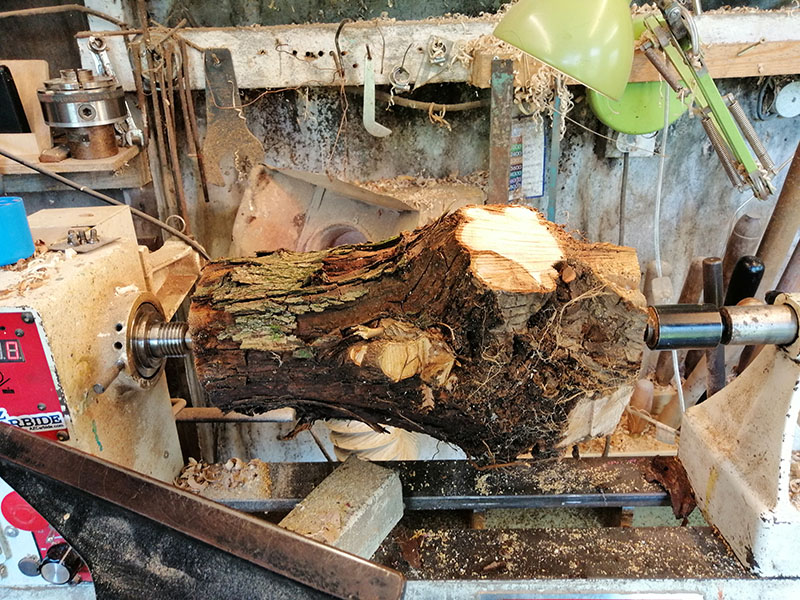 A Shape already suggested itself that would maximise the wild nature of the grain around the roots and I started to rough this out, the spur drive jumped out a couple of times as the torque was pretty heavy and the speed was quite low (about 400 rpm) but it just went off centre rather than flying around the workshop at that speed, I was happy enough with that. 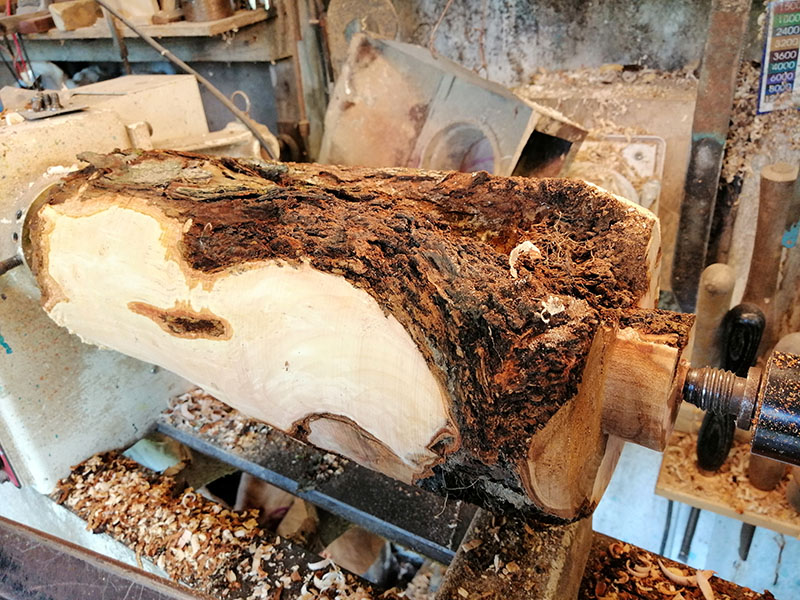 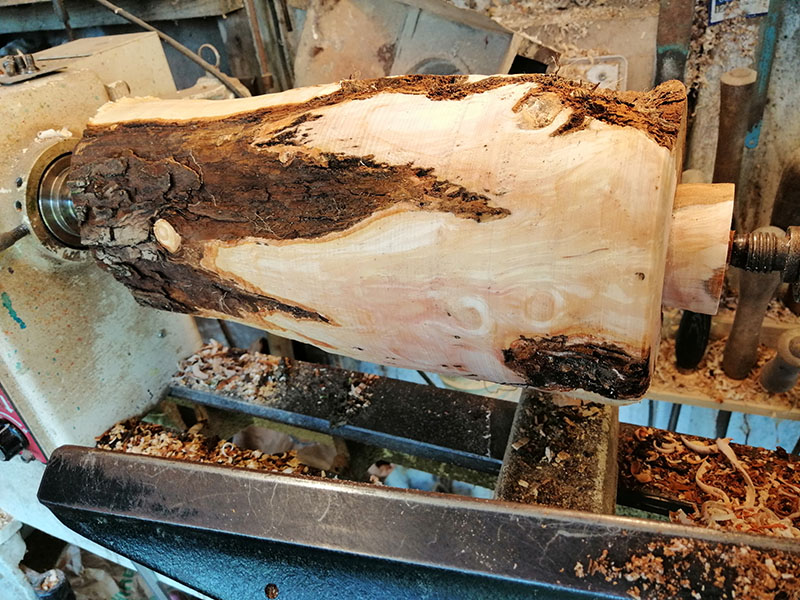 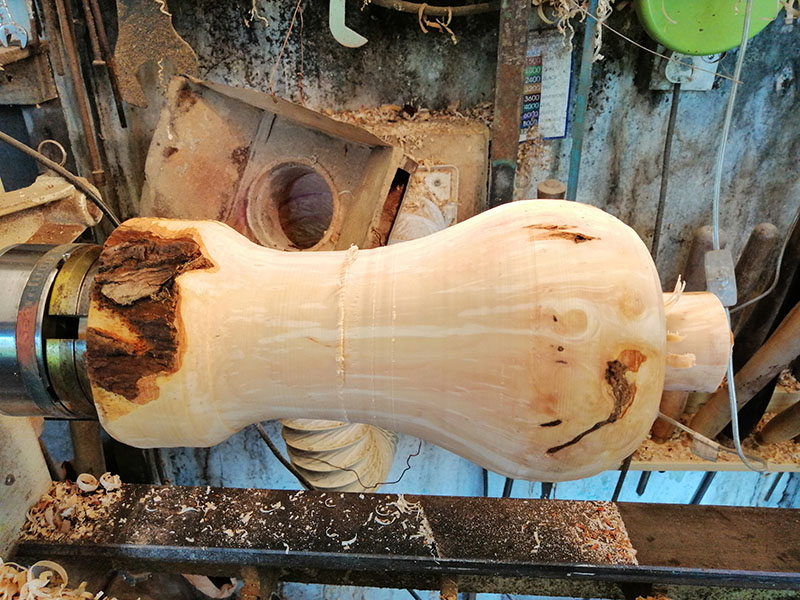 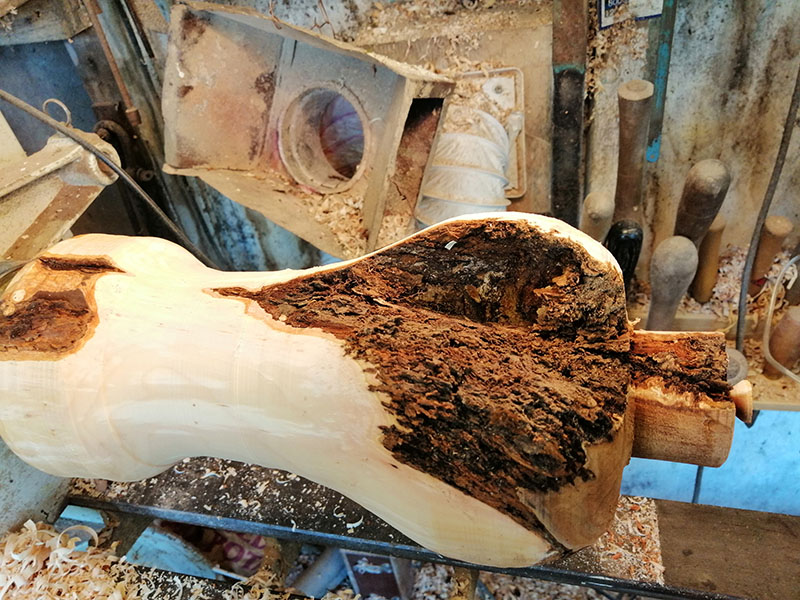 I resized the piece to a more pleasing dimension and drilled out a core with a forstner type bit to a depth of about 4", then drilled the rest of the way down with a 12mm long shank woodspur bit. 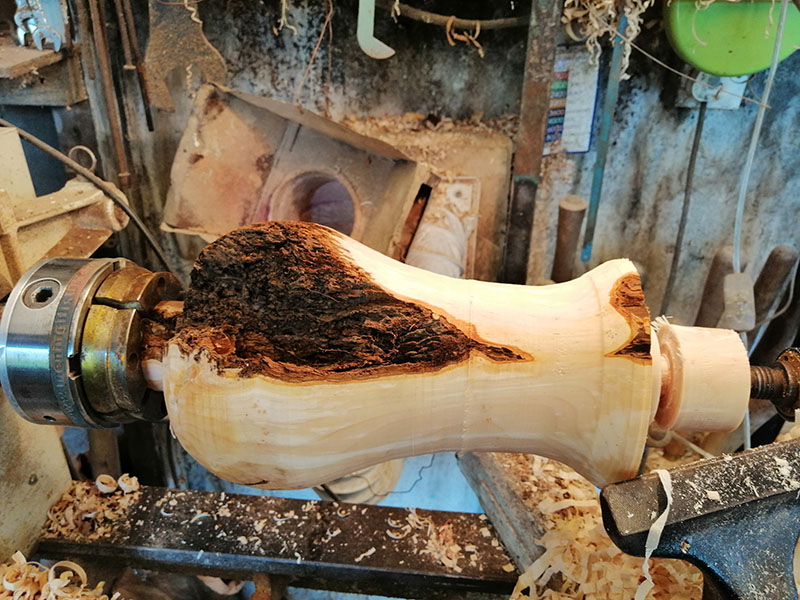 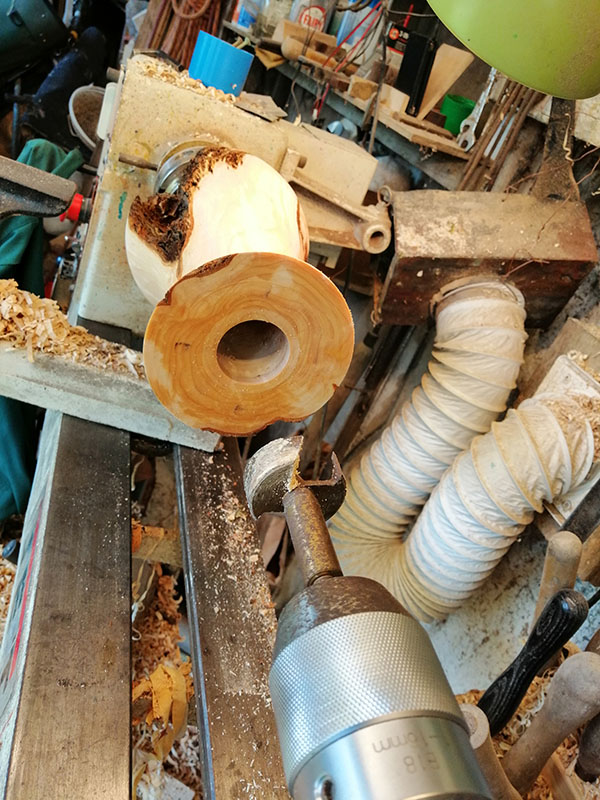 I then commenced hollowing out to a thickness of about 18mm except for the base which I left heavy in case I needed to revise the shape some or cut a new tenon. 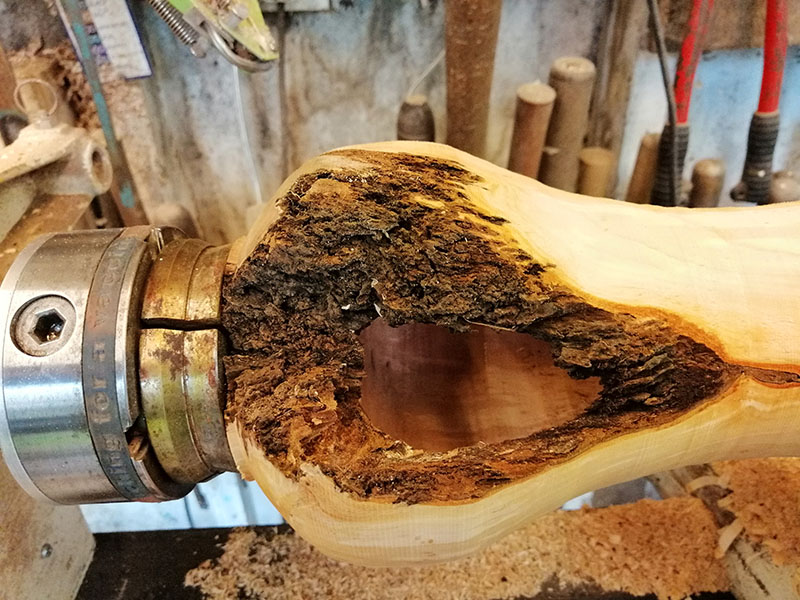 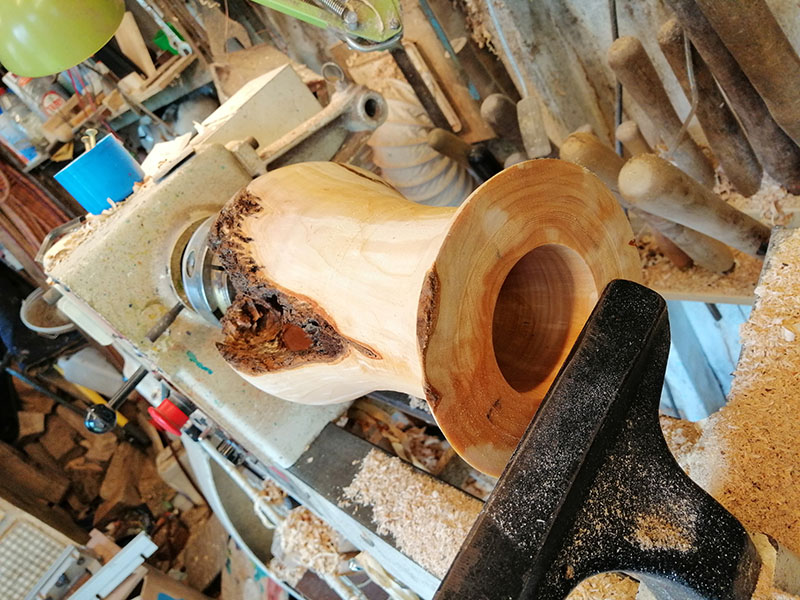 Hollowing was done with a home made tool using a 5/8" shaft, a small mild steel cutter holder (home made) and a Carbide cutting disk from AZ Carbide. 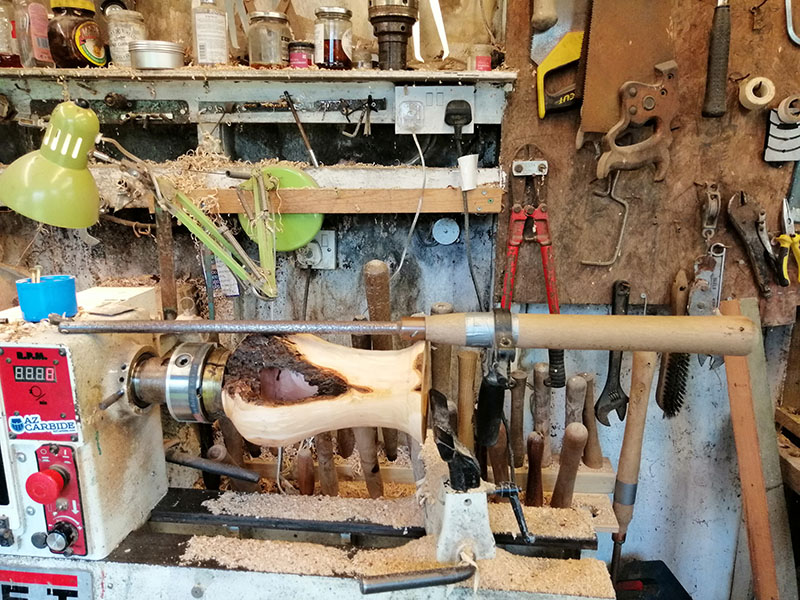 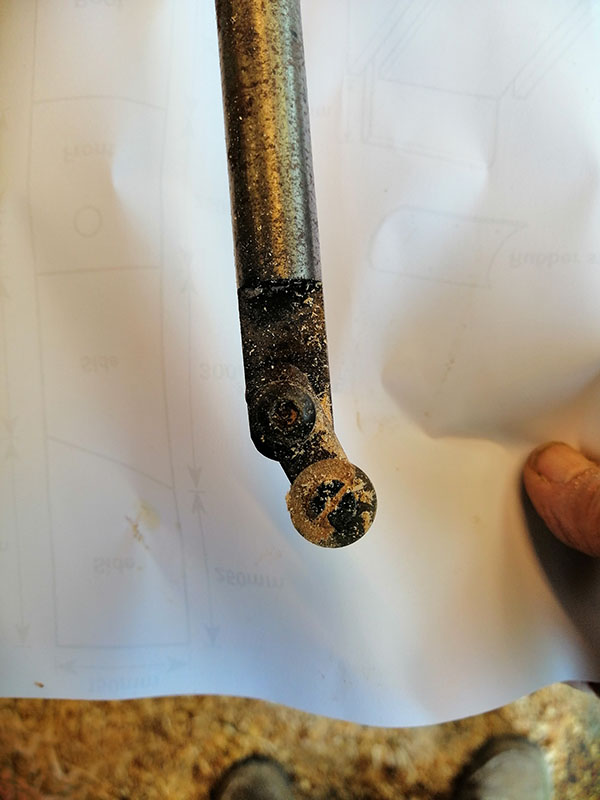 The piece is now drying and already showing a lot of splitting, so I am intending to use coloured fills and other effects on this once it has dried, be a few months yet.

Looks like it will be interesting once complete. Certainly, a challenge knowing what to do with a root ball shame. I have a ornamental cherry root ball to turn but that will be something for the future

I have to agree that it looks very interesting too! It's amazing what you can find in a lump of old wood and I remember once at a craft fair when a young boy asked me how I knew that that bowl was inside a lump of wood :shock: