Hello,
I've just got to the end of the woodworking part of a small project to provide new seating in our conservatory. The end of the conservatory is has a symmetrical 6 sided shape (half of a dodecagon) and conventional conservatory furniture has never worked very well. 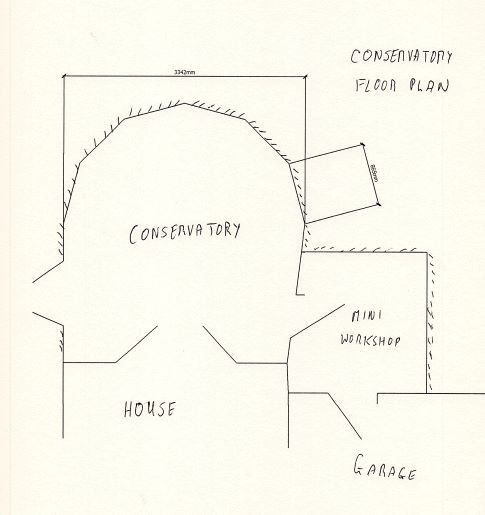 After measuring up it was clear that there was a small amount of variation in the lengths of the 6 sides so I made up a set of 6 identical templates from chipboard flooring and trimmed each one down until I had a reasonable fit. I ensured that they were identical as cutting to get a precise fit for each segment would have led to greater problems later on. The templates were later cut down for the seats. 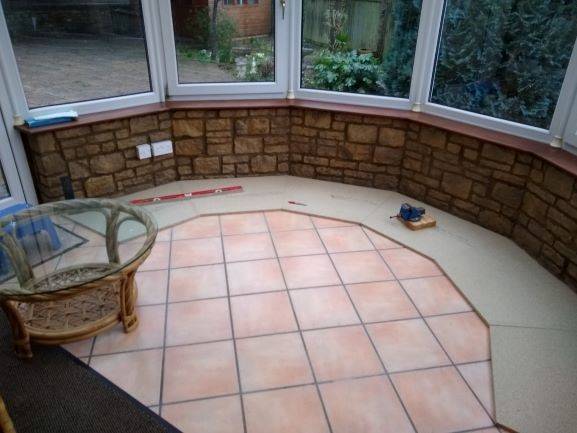 I then made up a model in CLS to determine seat height, back rake and constructional details. 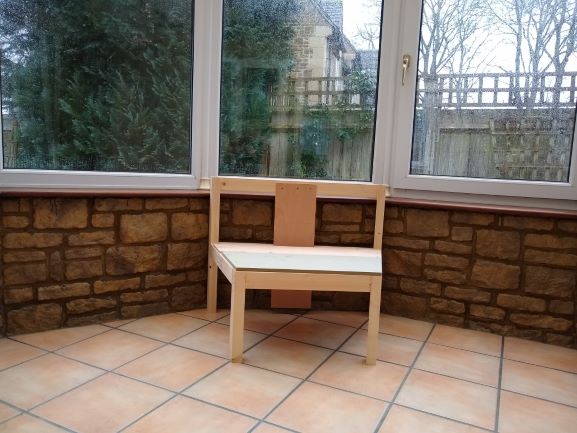 Building was fairly straightforward. I used sawn redwood from a local timber importer and joined everything together with 8mm dominos. Because of the angles I made up a jig for the domino machine for consistency. 8mm dominos are a bit on the light side for individual seats but as these are all bolted together they are unlikely to move. We settled on a 7 degree back rake and used 9mm birch ply for the slats. 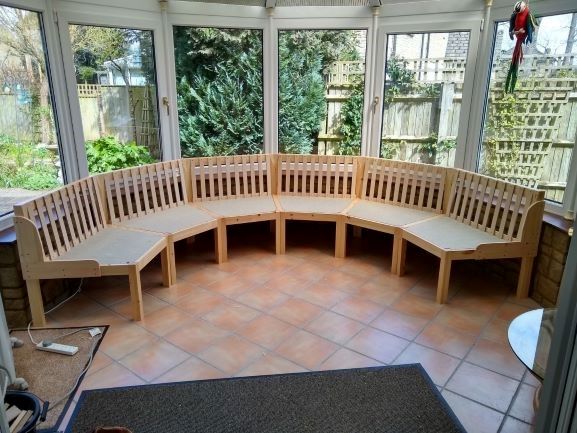 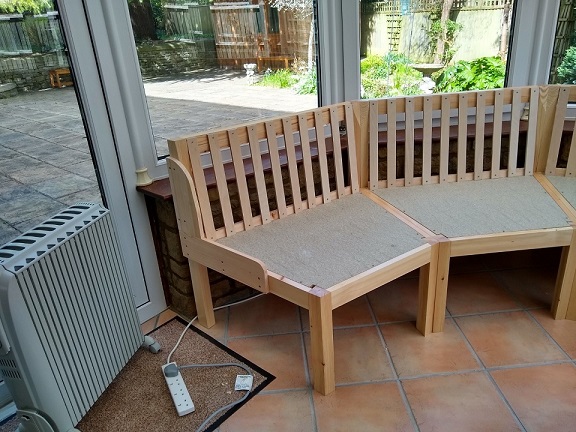 Finally my better half took over the more difficult job of making the cushion covers and the final photo shows the seats with the base cushions finished. The back cushions should be finished next week. 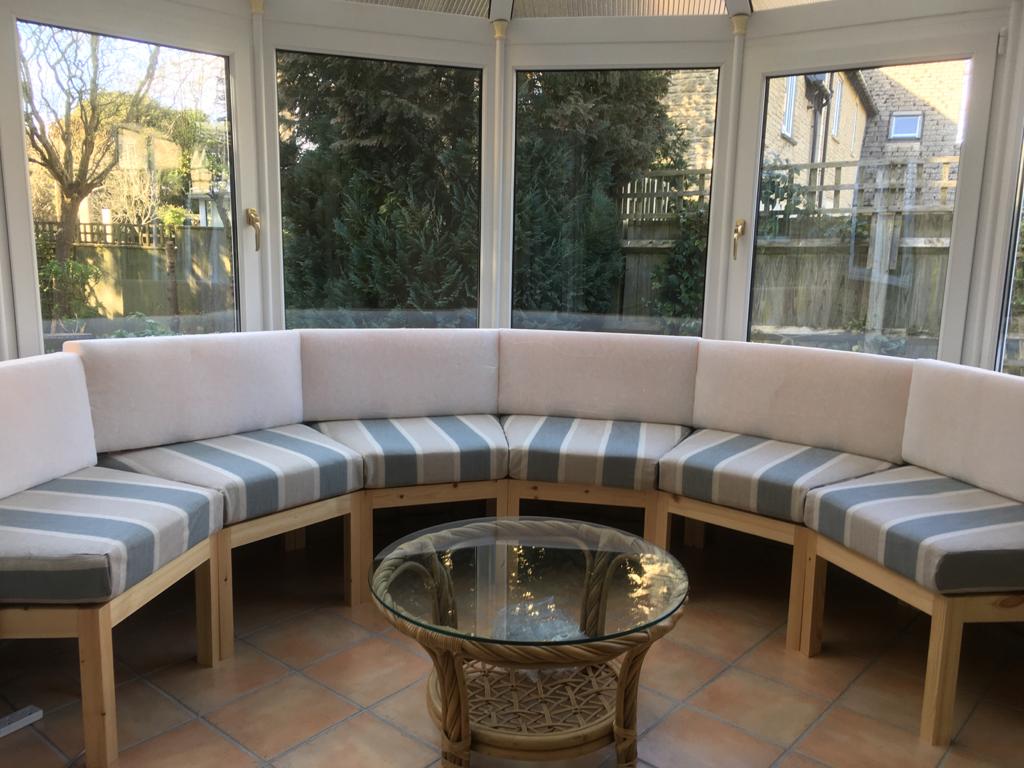 The legs look a bit on the chunky side and It would have looked a bit more elegant if I had made it as a single unit rather than as six individual chairs but we are pleaed with the result and will make good use of it whilst locked in the house for the next few weeks or months!

Hope it is of interest

A good looking result. I think you will find it handy being separate chairs when it comes to cleaning behind.
Regards
John
M