I live in Hungary where woodturning as a hobby is not affordable to Hungarians so lathes only exist in a commercial environment and are nearly always engineering lathes.

Today I visited a friend who took me to see a friend of his who did wood carving and turning as a hobby which is a very rare thing here and I was excited to see what tools he had available to him.

His workshop was about 4m x 3m and I was stunned to see an enormous cast iron lathe along one wall. It was pretty old, I'd guess 1950s, and had no manufacturer's mark but was definitly made here. The spindle capacity was 1.5m without any bed extension and the chuck was so heavy I struggled to lift it. Unfortunately, I got so caught up with his other lathe that I forgot to take a photo of the beast (sorry).

His other lathe was about 200 years old, originally treadle powered and made almost entirely of wood. 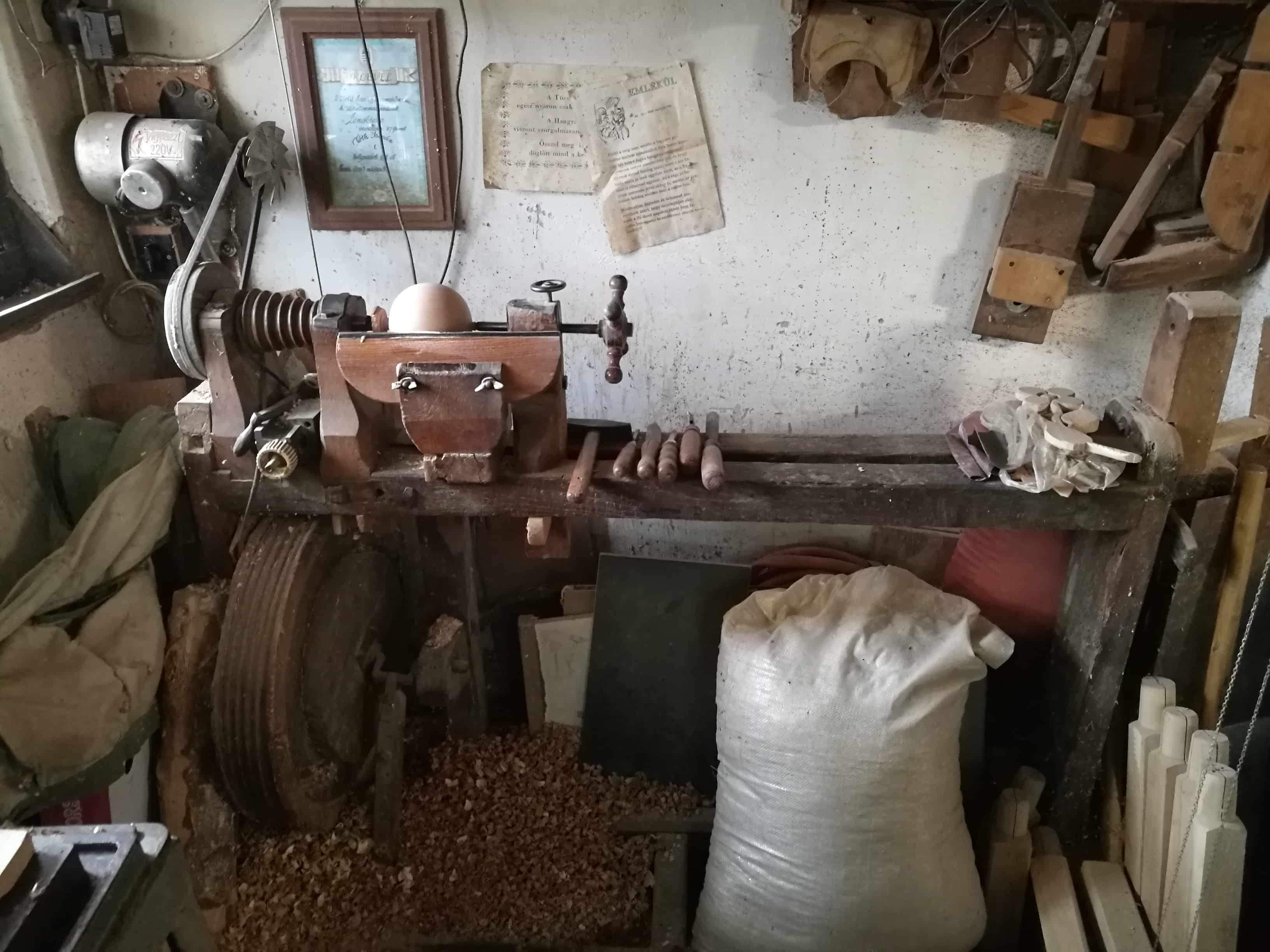 He had added a motor to it but he kindly offered to show it working in it's original way. 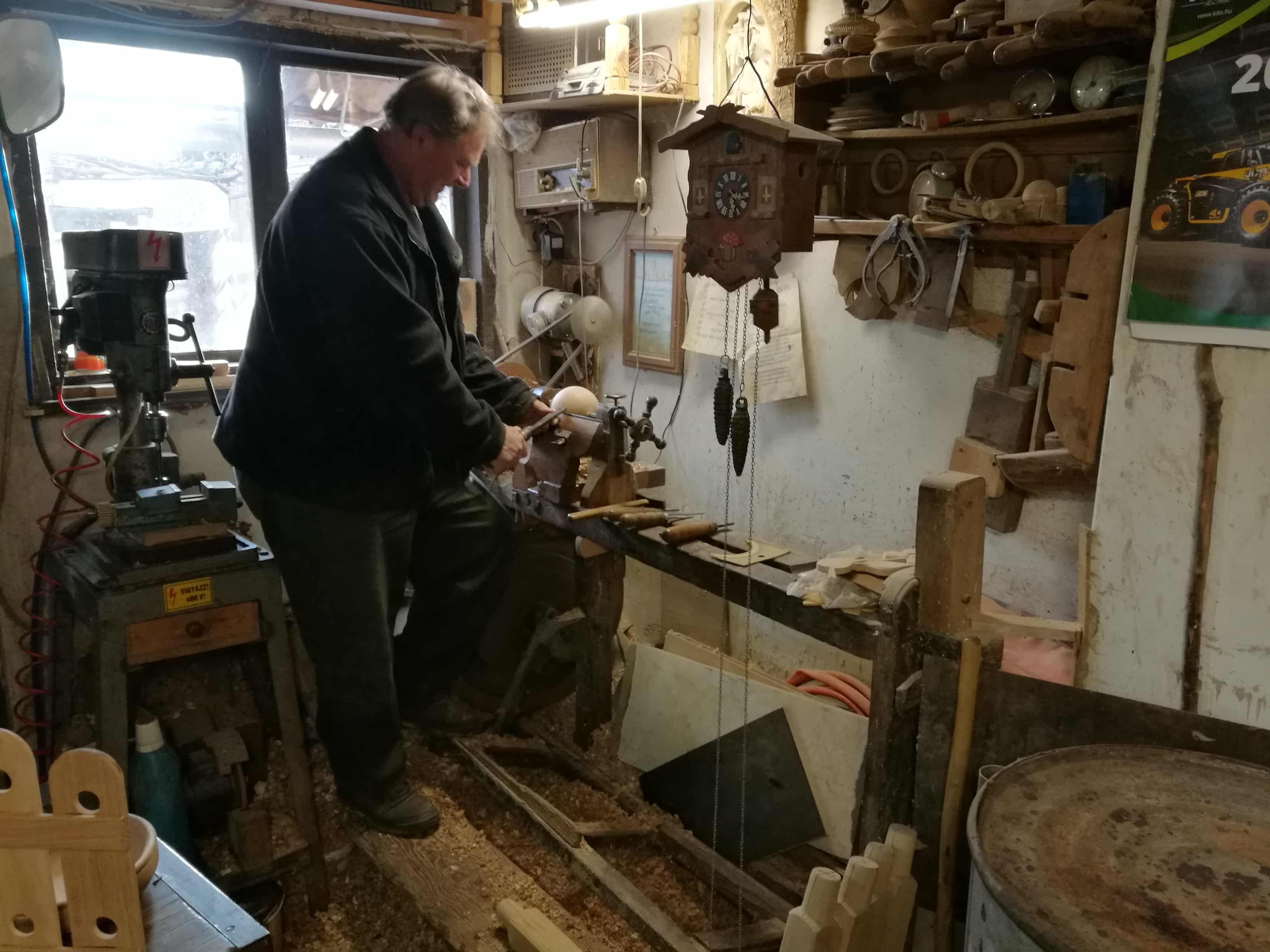 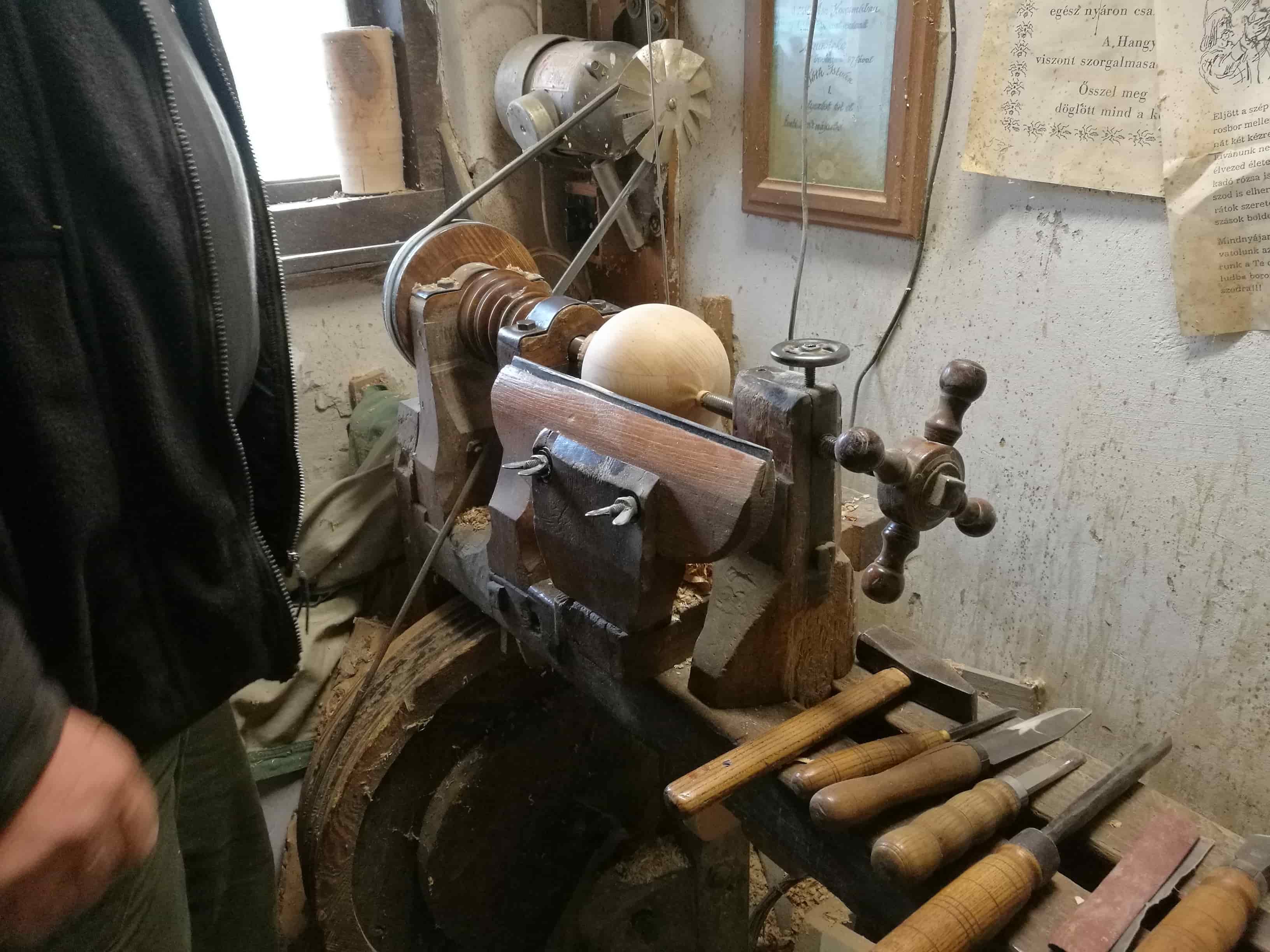 Tool sharpening service for around 30 chisels?
2

A
Ever wished you said ‘thanks, that’s kind, but no - freebie lathe chuck