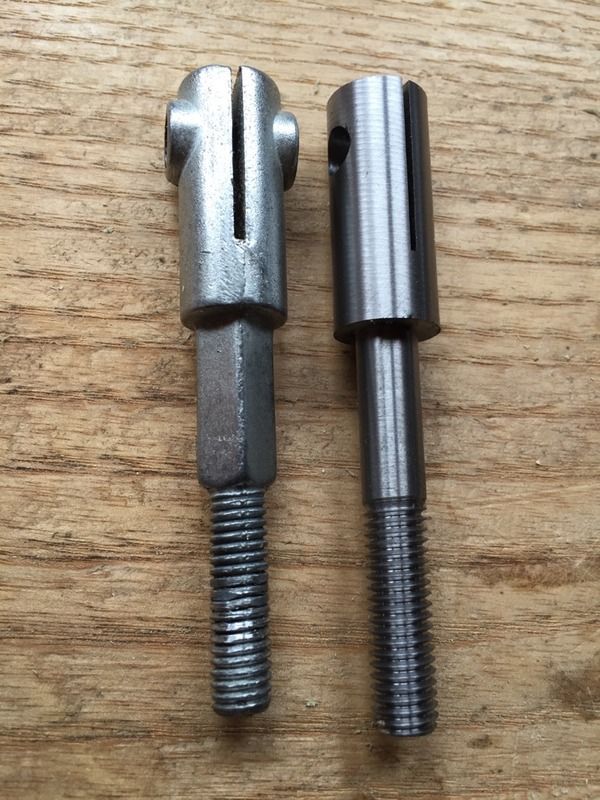 We're not quite sure what we're going to use it for yet (Doris just thought it was cute!) but it could be useful for turning small bits. It's a shame the top / compound slide is missing, but not really a game-changer. Beneath the toolpost there is a threaded stud and bush. Both were turned on the wonk so I've already replaced both of those. The Adepts were never finished to a high standard, and I found that this one rocks because the bottom of the foot is a lumpy, unfinished casting. So I milled the bottom flat: The next thing to overcome is the spindle. The supplied chuck isn't much good, but the spindle nose is threaded 3/8" BSF, which isn't in common use for lathe chucks. So I've made up a new spindle with an M14 x 1 nose on the end. Shaft turned between centres in the hope that it will be somewhere close to concentric: 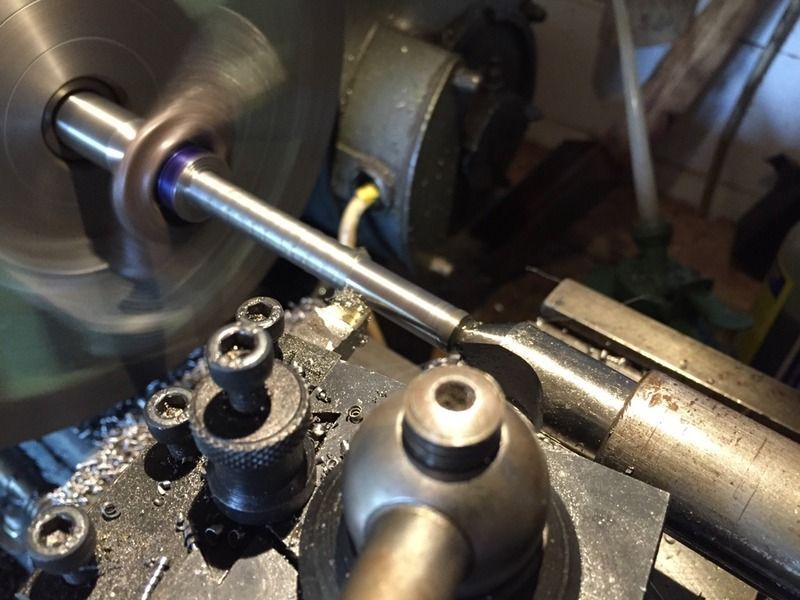 Rotated end-for-end and turned down to 14mm for the nose: 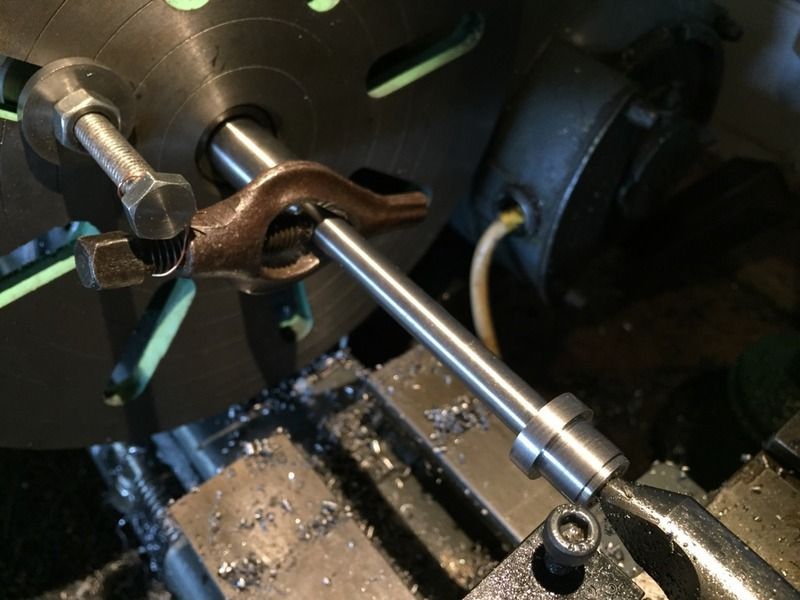 Screwcut the M14 thread on the nose: Milled a flat on the shaft for the driving pulley's grub screw: 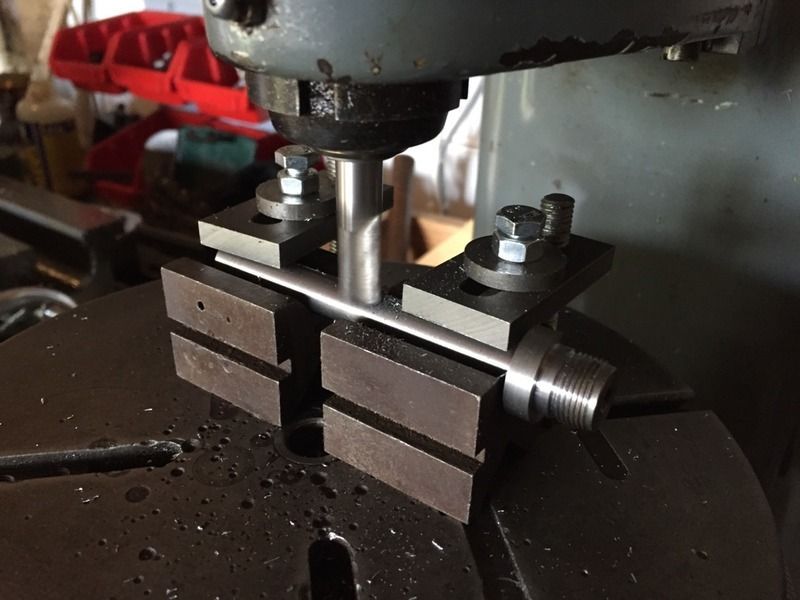 And finally installed on the Adept: 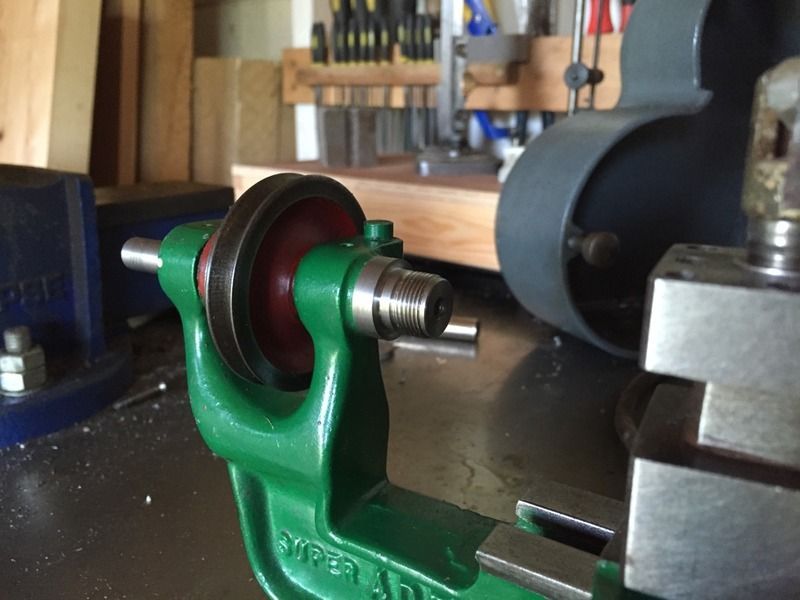 They do seem to fetch strong money though.

Keep up the good work.
DTR likes this

I can think of several explanations, no trouble at all DTR!

Once again, VERY nice work, thanks for posting.

The bearings on the headstock and countershaft could do with some oil caps. I lined up the existing oil holes using whatever drill bit fit: Then drilled out and tapped M6. I used the pillar drill to keep the taper tap plumb: 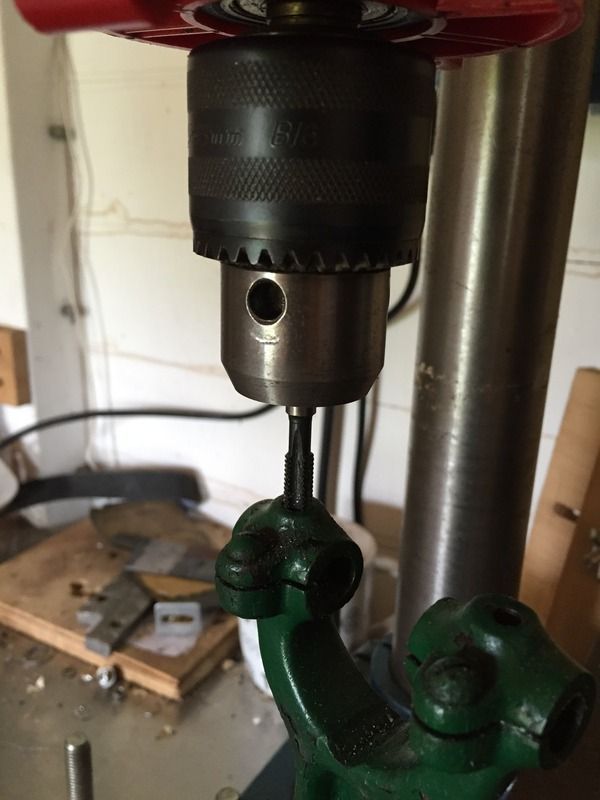 Then finished off away from the drill. It felt a bit odd tapping a metric thread into pre-war British cast iron.... The oil caps don't sit flush due to the unfinished thread up by the shoulder.... 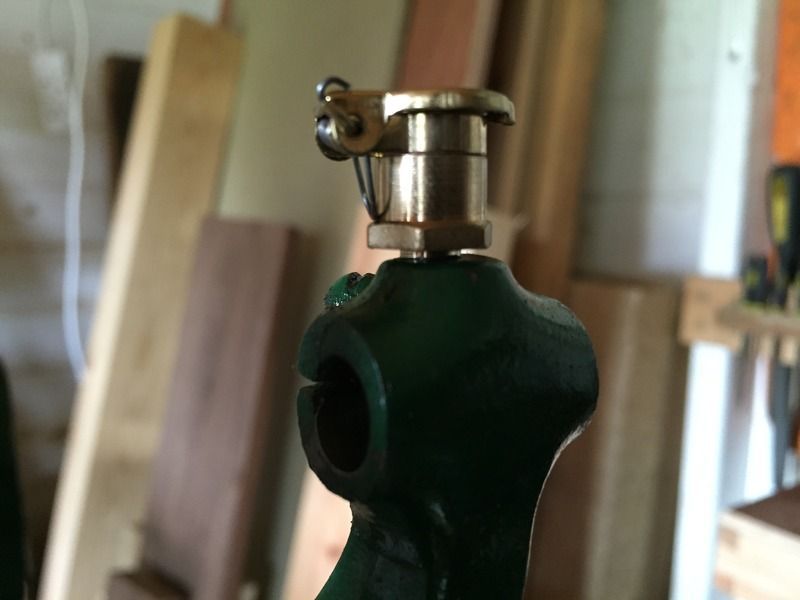 .... so I drilled out the first mm or so of the thread to give a clearance. Now if only I'd ordered enough oil caps......+
Dave's wooden stuff
Dave's metal stuff

By graduate_owner - 04 Jun 2016, 21:45
- 04 Jun 2016, 21:45 #1062889
Reading these posts makes me think I really MUST get back into the workshop. Get the decorating over wifh now, then a load of weeding and grass cutting, and perhaps I will be able to get turnng on my colchester. I have a thread adapter to make to allow me to use my chuck on 2 differently threaded headstocks ( graduate and viceroy). I haven't done much tbread work yet - should be a challenge. The plinth is a bit undersize because it was a random offcut I had knocking about. It does the job though. I still need to buy a chuck, and figure out what to do with the tailstock.

I appreciate that a sense of scale can be lost with online photos, so to demonstrate the truly industrial proportions of the Super Adept, here it is next to a fully-grown Essex Lion: 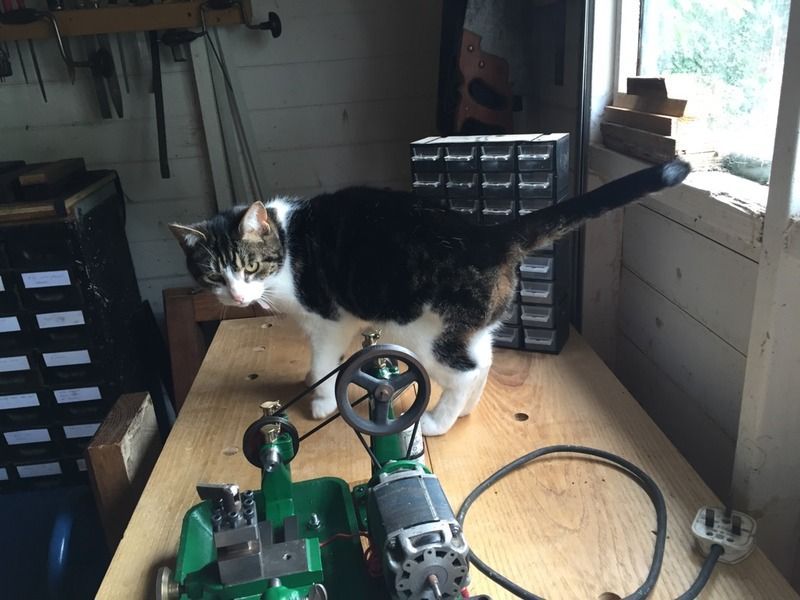 ...but she found it a bit lacking. The latest project is to make a better engineered one: 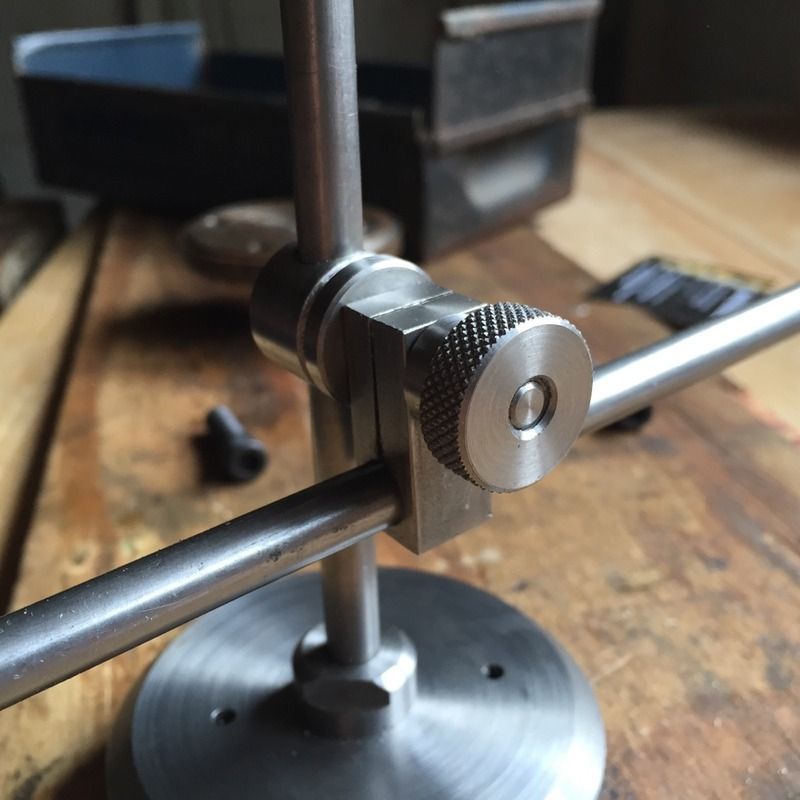 And with the croc clips borrowed from the original stand, until I make some better arms: 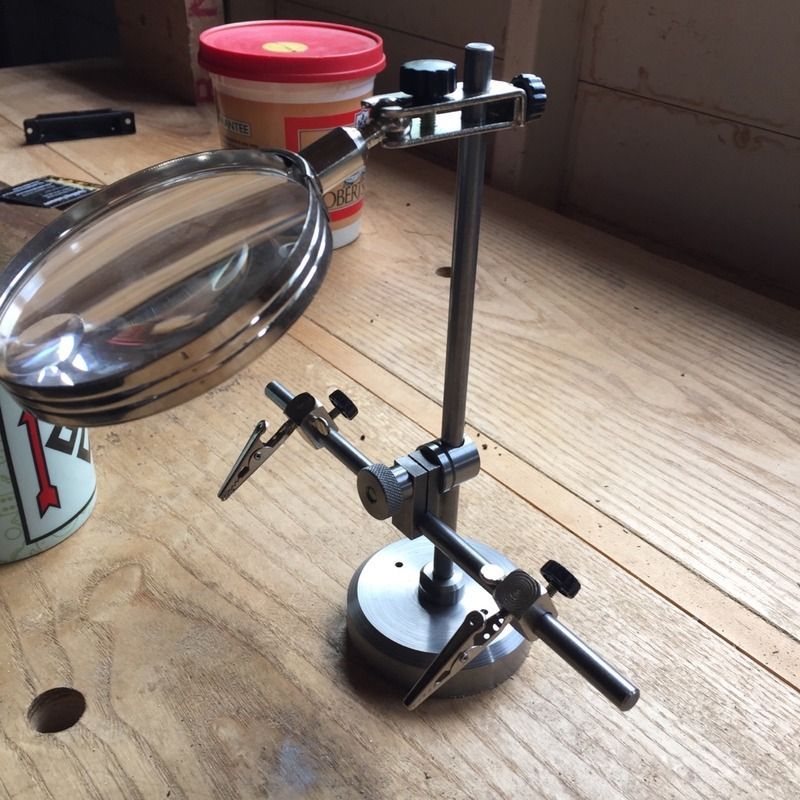 I'm holding out for a chuck on e**y at the moment, but as I keep forgetting to bid....
Dave's wooden stuff
Dave's metal stuff