The Value of tools

Some thoughts about the "value" of tools.
I often get drawn into discussions regarding how much this or that tool costs, or how cheap or expensive they are. I recently saw an advert for a new all singing all dancing mobile phone which on contract, worked out to about £50.00 a month for a 3 year contract. This deal is not aimed at millionaires, but just your everyday punter who wants the latest gadget. A phone at the end of the day is just another tool, and eventually it will break, or wear out. The thing is that will probably be within the next four or five years.
About 40 years ago, while in the second year of my apprenticeship, I purchased my first bullnose plane. It was a record 077, and it has been in constant use ever since. I'm on my second blade now, so it's seen a lot of action over the years, but apart from a few scratches it performs just as well now as when I first bought it. I remember the cost of that bullnose plane, it was £25.00, and with my weekly wage being about £40.00 it was quite an investment at the time! The thing is that if I were to equate that into a monthly payment, It's about 5p. If I decided to sell it tomorrow, the current second hand value is about £30-50.
My @Skeltonsaws dovetail saw currently retails for around £415.00. Even with constant sharpening I would expect it to last a tradesman a good 50 years. That equates to 70p a month. To my mind 70p a month to get to use probably the best dovetail saw ever produced is a stupidly small price to pay....

To my mind the "value" of tools has two components. The most important is the product of their use - whatever we make with them. The second is the pleasure of use and ownership. Some tools deliver satisfaction, whereas others may leave us unmoved.

also when you think about how daft a lot of these subscription based things are like netflix e.t.c, it doesn't seem like good value for money compared to that skelton saw, and even worse you're paying them to take away the time you'd have doing woodworking
L

I have seen and caressed Skelton saws on a few occasions and it is a thing of beauty and craftsmanship.
At the end of the day it just saws like any other, it might give you a added bit of satisfaction in using and owning it, but it's not unlike the latest wiz bang mobile phone.

The true tragedy of the mobile phone is similar to the CB radio craze of years past, the owners of the equipment have very little of interest or intelligence to say to one another.
I have a pay as you go that cost £25 to buy and I spend about £20 per year on top up cards. I have an aquaintance paying £125 a month who tells me that the calls are all "free"
L

My mobile phone is a cast off of my sons.
I put ten quids worth of pay as you go on it in March , still have credit left.
L

My most valuable tools are those that were my Dads.
I am careful to use these properly as I am sure he is looking over my shoulder.
Followed by the rusty junk I have fettled so it works like new.

And yet to others of us, a mobile phone is a useful tool, performing a number of useful functions on a daily basis. Yes, over time it needs upgrading and replacing but it cannot really be compared to a saw or a handplane. The phone is more of a long life consumable.
Both "tools" excel in what they are designed for and I would certainly get more from a £500 phone than a £500 dovetail saw. Personally, I could earn more from the phone too.

There is the flipside of mobile phones. I use mine 70% for work. Making and sending invoices, looking at drawings and specs, emailing & texting clients and suppliers and calls of course.

So I require a fast phone that can easily do multitasking and and require fast internet...

I guess you could make the same argument on a new shiny van over a 25 year old rust bucket...

When I had my business my mobile was as essential as my van as it was the only practical way I could be contacted on site, it was used to sort supplier problems, chase deliveries, order materials, hire and services and also to acquire new business so it more than paid for itself and the cost was allowable.

Different now I'm retired but I still wouldn't be without a mobile.
C

I consider this forum a tool to some extent. Back in the day 10+ years ago when I joined everytime i wanted to upload a picture, it would have had to have been via photobucket or some other 3rd party website. Now I use my mobile it's as quick as 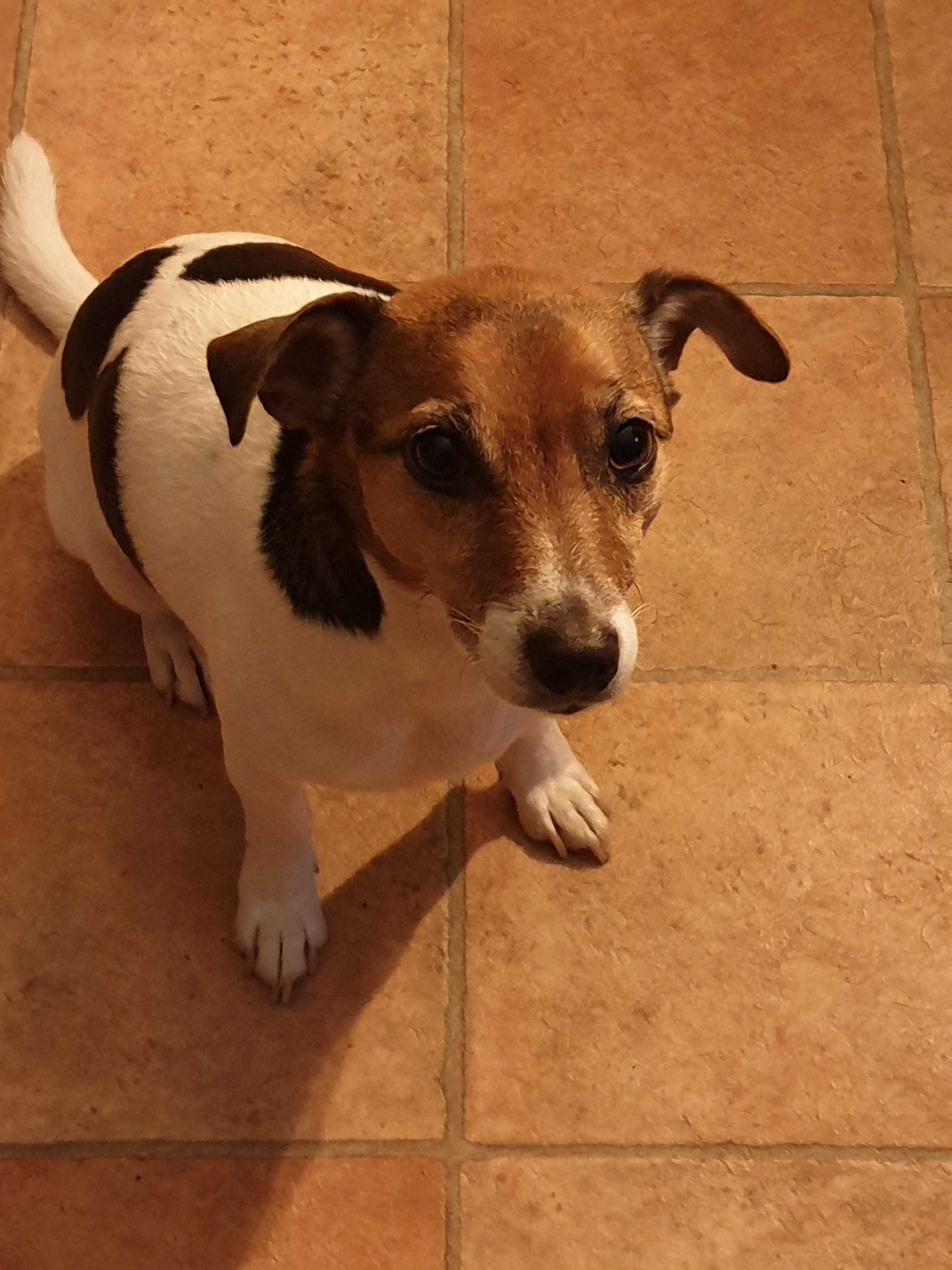 Take a pic and insert into a thread. That level of convenience makes having a mobile phone invaluable. Consider the cost of a magazine subscription, consider the time and hassle of plugging in a camera then consider the pictures look like theyve been taken with a potatoe anyway. They are smart phones and used the right way make everything soooooo much easier. Be it banking, emails, or whatever app you could imagine they have the ability to make like easier.

Had my first black pussy cat visit the other day lol.

My mind wandered after "Had my first black pussy cat" ...

I didn't mention the cat either- it's like the forum knew our childish humour !

What's something worth? What someone is willing to pay for it. But what is it truly worth? That's much harder.

I think I first came across extensive debate on this in a cooking context, where there is lots of talk about the high price of cast iron (and some other kitchen kit, mainly knives) and how some people don't think it's worth it. And some of it is stupidly expensive – q.v. the Skelton saw! – enough that it takes the thing to a different level than just the 'pricey end of the market'. But, like with everything, market value can obviously be as simple as what enough people are willing to pay for something.

Separate from that though I do think true multi-generational tools have an inherent worth far in excess of their market value. After all what price is reasonable for something that could be used nearly daily for over 100 years without wearing out?

Value is as with many things subjective, the television in my front room is of little value to me but immense value to my wife, the exact opposite is true of the tools in my workshop.
On the whole but there are exceptions I tend to buy new tools these days as I’ve found the time involved fettling old if considered at an hourly rate means the new tool is often cheaper & as I got older time has become the most valuable commodity of all.

I think there's an aspect to all this that we sometimes overlook.

To me, and I'm sure to many others, all tools have some sort of difficult-to-define intrinsic attraction - and the more "attractive" they are (in the eye of the beholder) then the more intrinsic "value" they have. Add to that the "emotion" that goes into buying almost anything outside of basic daily necessities and you have - IMO anyway, a pretty powerful feeling mix - pride (in the tool itself - it's "nice" to look at and feels "nice" in the hand; the satisfaction of now owning something that perhaps you've "needed (or wanted) for possibly a long time; and probably the self-satisfaction of having made a "smart buy" (however that may be defined by each individual).

And IMO, there's more too - it's been mentioned before but there's a certain "feeling" one gets when using tools that are S/H - a "connection" to a previous owner, particularly if it's been inherited from a family member or close personal friend.

Now I'm sure that they're many people who just don't get the above feelings at all - they're probably not even members of this Forum. But I bet that almost everyone has a soft spot for something or other, maybe cars, fishing rods, watches, china, etc, etc.

In short I think I'm trying to say that some people, many of whom are members here, just have a feeling for tools which extends well beyond their "real" practical and financial worth.

If you look along a rack of new tools in a shop, all identical, you won't want any one of them more than all the others. But a tool that you've owned and used for years, that's personal and irreplaceable. If you know who owned it before you, that's an even stronger connection.

This level of personal worth is never reflected in the market price.

(Ok, there are a few celebrity exceptions, like Krenov's planes, but not in the general run of secondhand tools.)
E

AES":gi8mh7ex said:
And IMO, there's more too - it's been mentioned before but there's a certain "feeling" one gets when using tools that are S/H - a "connection" to a previous owner...
Click to expand...

I generally have a greater fondness for old secondhand stuff over new, and this extends most definitely into woodworking tools where I highly esteem my vintage stuff. Although a certain amount of that does come from having restored and fettled them, which sort of makes something your own even if it was new to begin with. Vintage tools do tend to actually be better tools than their modern counterparts, which doesn't hurt any!


AES":gi8mh7ex said:
...particularly if it's been inherited from a family member or close personal friend.
Click to expand...

AndyT":3rwka28c said:
(Ok, there are a few celebrity exceptions, like Krenov's planes, but not in the general run of secondhand tools.)
Click to expand...

I have an autographed JK smoother which I bought just before he died some years ago, complete with the test shavings taken by him, the box it came in from SF and the local newspaper that he used for packing it. I wonder what it's worth now, though it's not for sale? - Rob

That's the one I was thinking of Rob!

Old tools from eBay or brand new tools to start
2

B
Returning to Woodworking - advice please
2