My old converted 7 bed water mill in France had 1m thick outter walls and
0.5-0.75m ish supporting walls...all made of mud and random stone....
footings were 1/2 coffin size lump of cut lime stone.....
built before 1700 and no damp course of course...
the house was never damp even as it was an old mill at the bottom of a huge area of hills.....so plenty of water.....
we had a wood burning boiler that worked well, the house took roughly 6 weeks to get toasty and after that the boiler just ticked over just thru the day.....
it would self lite first thing in the morning.....
In a bad winter we used 3cu/m of oak but often only 1/2 that.....
we were there solid for 16 years.....
I guess the big roof overhangs and huge gutters helped a lot.....
with excellent ground drainage.....
window were single glazed hand made, Oak framed...no draughts....
and we never closed the shutters......
oh, the whole house had full cellers and they were dry as well......
big enough to store antique cars in.....(fuel drained of course)...
just sayin......

sirocosm said:
I don't think I would insulate an 1800s stone house on the outside, or even a nice brick house. We live in a 30s brick house with cavity wall on the main floor, and rendering it would ruin the look of the house, and the street, so we are not sure what to do. I would only insulate on the outside of a house made of block or crappy (ugly) brick. The architect in Germany told me that insulation on the outside shifts the dew point outward to within the insulation itself, with the masonry staying pretty much at the internal house temperature.

I also saw them doing this on new builds. Houses were mostly built out of blocks a full brick thick with cement slab (upper) floors that were partially poured in place. Rigid insulation was on the outside of the block. For the new houses they didn't use anchors, they used some kind of cement product to bond the insulation directly to the block, like a giant tile job. For some reason cavity wall with insulation in-between was not popular there, probably because few houses were finished in brick on the outside, they were all rendered.
Click to expand...

That’s a good point, someone had rendered our Croft any years back. I am slowly removing it and finding damp behind the render. 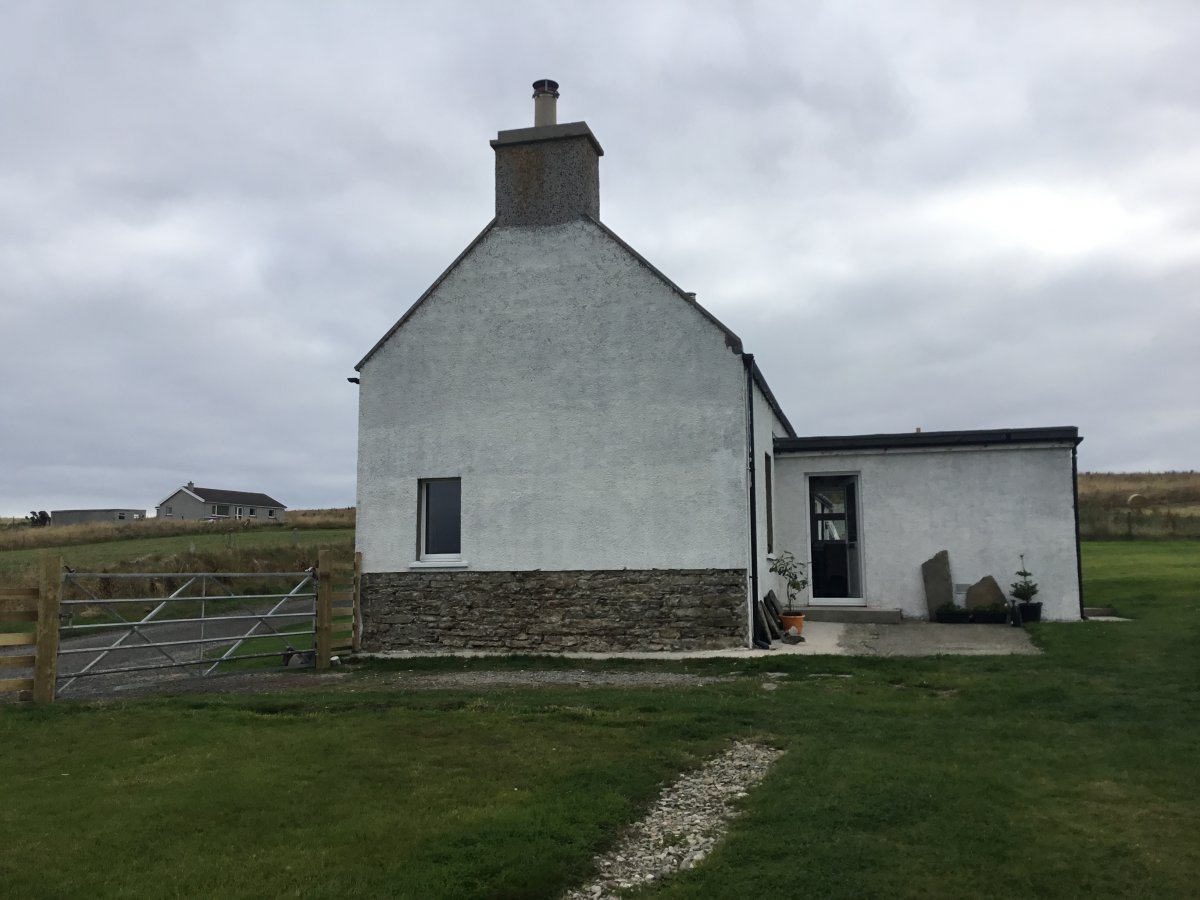 Electro osmosis damp proofing. Lectros DPC system is the only damp proofing treatment for stone walls that is installed above timber floor joists.

If the wall at ground level repels the water does that mean that rain water running down it will be repelled back upwards?
M

It's handy to have a lathe. One vent in the living room by the stove, one in the kitchen and one in the bedroom. I removed the grids as they would only restrict the the flow. Six inch insulated flexible ducting, insulated again below and above, a "Y" piece, a Manrose in line fan Manrose MF150S 150mm In-Line Mixed Flow Extractor Fan (others available), and it works really well - it makes the room the stove is in much more comfortable as well.