A few months ago, I made a workbench for my garage. As I didn't have any long clamps, and to make assembly easier, I thought I would attach the long front/back aprons to the legs with a heavy duty bolt and nut. The side aprons use Mortise/Tenon and glue. This made things quite easy to assemble, as I could glue up both the side pieces (legs and side aprons), getting them square etc, and then once that had dried, I could bolt up the front and back aprons.

Here is the problem.

When I assembled it, the tops of all aprons were flush with the tops of the legs. i.e, there was a flat surface to rest the table top onto. All was well. 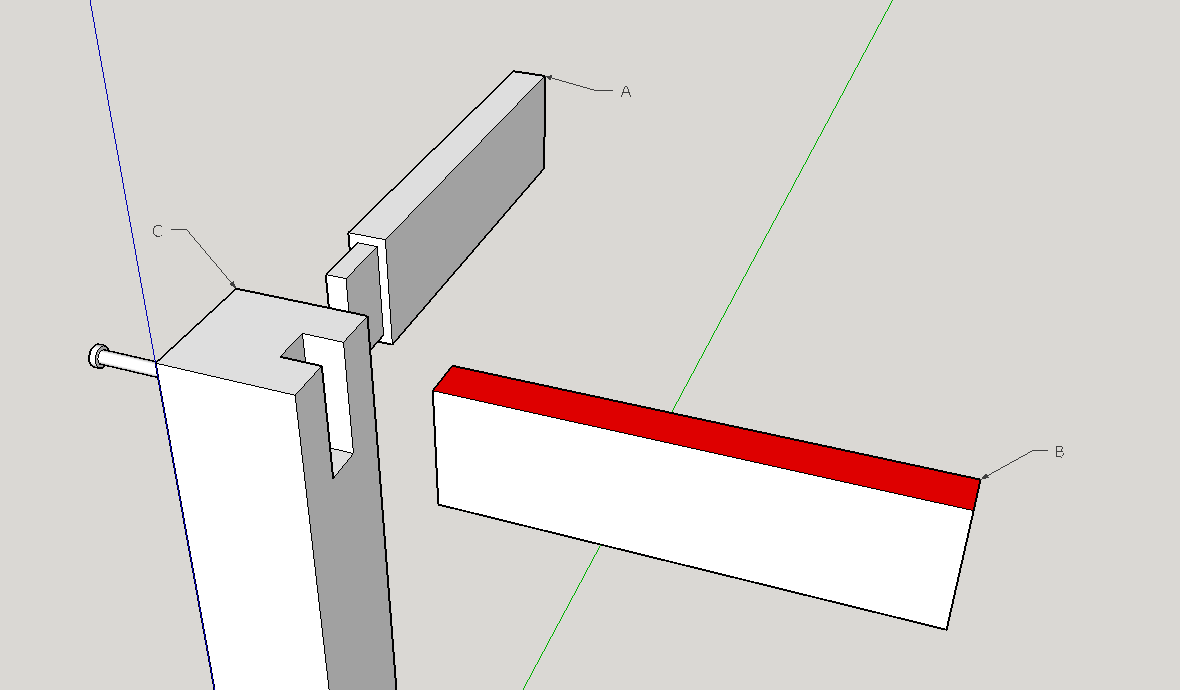 Can't you just remove a whisker from the underside of B, or the bottom of the mating mortice, so it behaves like A ? The top of the legs being lower shouldn't matter.

should be an easy fix, just take the top off and plane down the top of the aprons until they're flush again, the worst of the movement has probably already happened.

I'm always a bit worried by easy fixes. Your problem has arisen due to differential expansion- wood expands across the grain but not along the grain. If you plane off the red area you may find that come the summer your top is bowed in the other direction. If you want to do this I would recommend that you wait until the summer and have another look. If it's still the same, your timber has permanently adapted to your workshop and you should be good to plane.
If you can't wait that long, how about fixing a bearer to the tops of the legs, with its top surface the same as the tops of the legs?

O
Are there any golden rules for making solid and stable tables?
2

Name that wood 🎰 (and bonus question)