I have small table lamp in the shape of an old-fashioned oil lamp, with a glass chimney.

It has an LED bulb in it, but even though it is only a few watts, and the bulb itself is frosted, it's still quite a harsh glare. I'd like to tone it down a bit.

My idea was to swill some paint around the inside of the chimney, but although it looked fine from the outside, when I switched on the light, it looked absolutely awful. Patchy, pinholes everywhere. No.

So I've got the thing clean again, but I wonder if anyone has any good ideas of how to make this chimney look uniformly frosted.

It's not big enough for me to get my hand inside.

You can buy frosting spray but it also goes on patchy if you are not careful.

If you have a friend with a sandblaster get them to blast it for you, that usually give a nice even finish.

Never tried it Steve (an expert then) but what about an acid etch?
https://www.amazon.co.uk/Armour-Etch-Gl ... B00Q8N7PAG
Might be worth looking at. Or if you have some unmentionable old gear knocking about your shed that might work?
Cheers
Chris
(Typed at same time as Rorsarch)

When I first saw the title of the post I thought it was a joke along the lines of a chocolate teapot.

Thank you all.
Yes, etching is the sort of look I'm after. Which reminds me.
I do have a tub of AlO powder, for use with a gun, and whilst I do also have the gun, my compressor is not powerful enough to drive it.

But what if I put some into the chimney, sealed off the ends and then just shook it all about for long enough? Trouble is, I only get one shot at something like that and it might take forever. I might try it on a clear glass bottle first.

make a tube out of tracing paper and insert that inside

I've tried the tracing paper thing (well, kitchen greaseproof, actually). It works OK as a proof of concept, but it's not great aesthetically.
But look what my mate Charlie has found for me: 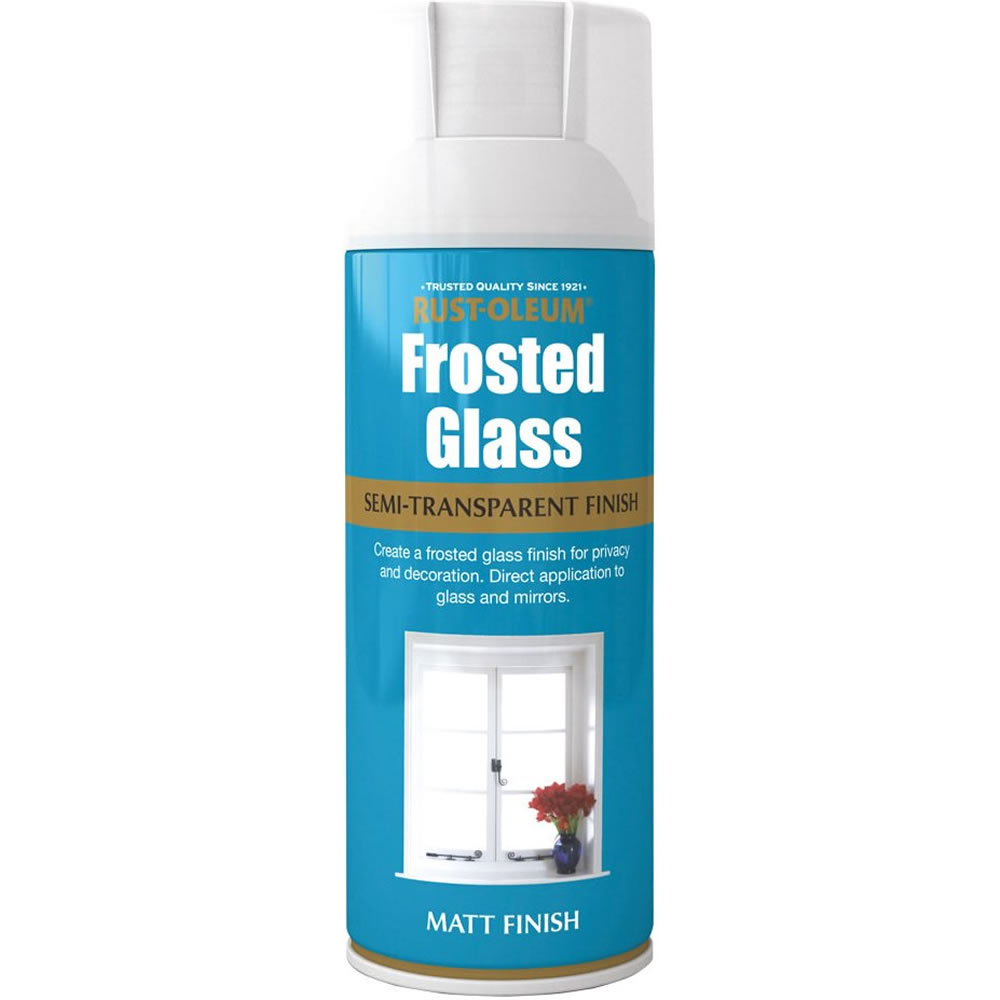 can you spin it and spray it?

I was wondering. Doubt it, though, certainly not on the lathe. I do have a turntable though, so I might be able to use that. It's not motorised (I think it's intended for icing cakes), but it might be helpful.

Well, quite a decent result. The camera, in this case, does lie, as it alters the light automatically (my phone). But it does give an idea of the difference. 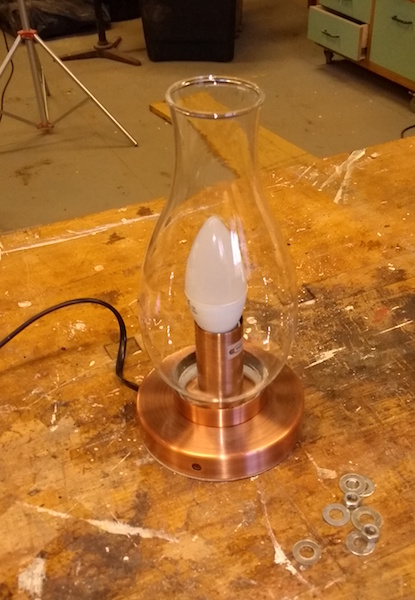 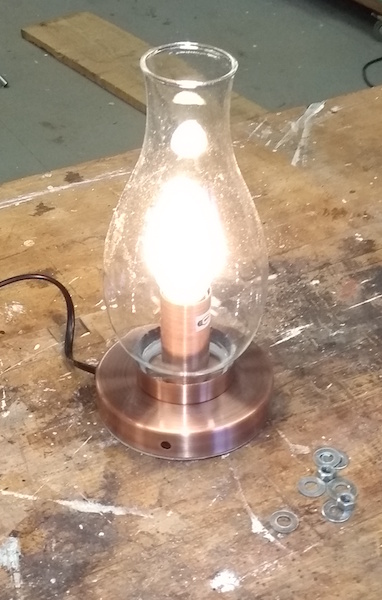 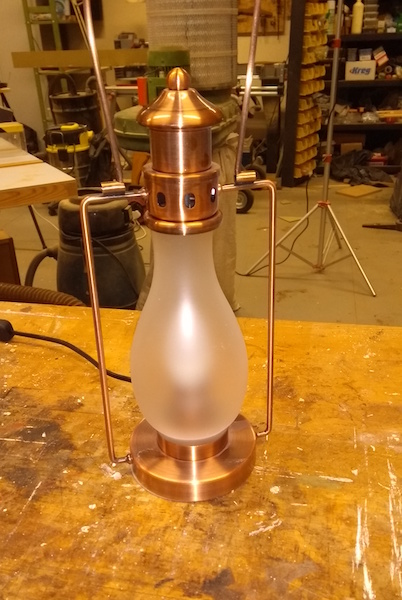 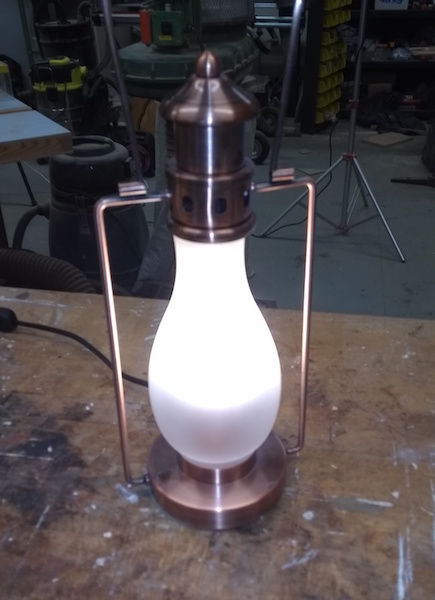 That is several coats. I've really bought a can of Almost Nothing! But it still looks better. There is a bit left in the can, so I shall live with it for a day or two before deciding whether or not to give it more until the can is empty. I would like it to be a bit more frosted, but I'd rather leave it like this that carry on and mess it up.

All in all, quite a happy chappie.