Salutary lesson. A friend of mine, who claims to have woodworking skills, asked to borrow my track saw. This is a Mafell unit (pristine) with two lengths of 1100mm track. Systainer and manual in the box. Extractor. etc.

He claims familiarity with track saws. So I let him borrow it on "you break it you fix it" basis.

He brings it back yesterday with a curved slot cut all the way through one track, and deep scuff marks along the guide edge for an inch or two on same track. He claimed the saw is defective and jumped out of the track.

I checked the saw by doing a cut on a piece of ply and before using it got him to show me what he had done. To my amazement he set the saw going before locating it in the track. I thought these things were almost silly person proof. Apparently not.

He's disgruntled but I asked him to replace the track (which is about £80) and blade. He said I should have shown him how to use it and I said he shouldn't have said he was familiar with track saws (claimed to have used a Festool) if he wasn't. Sorry. Just sounding off. I hate my stuff being damaged. :roll:
J

:lol: I leant my hvlp sprayer to a mate who wanted to have a go at spraying an old Landy. It's dead simple to use, and I just said make sure you wash it out properly so it doesn't get buggered up.
Yep, you've guessed it.
The automotive paint was water based, so he didn't have any solvents to hand and washed it out with water. :shock:
It took a lot of work to get that gun working again and I had to buy a new pot for it. He offered to replace it, but I declined as the aggravation serves as a reminder to never lend stuff out again, and I didn't lose what was otherwise a decent friendship.
R

I have tools for myself only and tools that I lend out. If someone needs something doing I will usually just offer to do it for them rather than loan them the tool to do it. 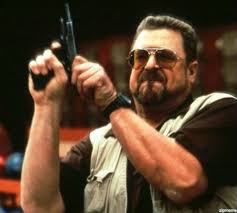 jnw010":18y50mkl said:
.
The automotive paint was water based, so he didn't have any solvents to hand and washed it out with water. :shock:
Click to expand...

I wouldn't think to wash a water based paint with anything other than water. :?
E

Ouch! As my mother used to say, neither a lender nor a borrower be. Took me more than one hard lesson to learn the truth of this.

Glad to hear you insisted on the replacements, that warms the cockles of my heart so it does
P

I was taught in my early days of training never let anyone use your tools. That was over 50 years ago and still stands today. Pity that you had to learn the hard way.
G

Brings to mind :-
Q: What saw should you use to cut timber that is full of nails?
A: Someone else’s
S

Ah, sorry to hear that.

It's a tough situation, but I've found that some careful wording gets me out of lending things out.

"I would, but I have a personal policy not to lend out tools I rely on... Really sorry.. etc.."

It's hard to argue with a personal policy, and people seem to respect that as 'a rule'.
I never lend or borrow something I'm not prepared to have lost or broken.
D

I just usually say it's (whatever it is) is in for repair\service. Or if they are a real mate - I might nip round and do the task for them (assuming it's not a monumental one) but rarely if ever lend tools. Other than a shovel. LOL

I'm sure you can just stick it back with a bit of JB weld or sommat like that.

I've only had three friends that I would have lent woodworking tools to. Never had to though because they have their own (hammer) and would buy or rent it if they didn't.

When I was an aircraft mechanic we would lend tools to one another. A new out of school guy came to work and I lent him a small thin wrench that was perfect for those jobs when you could barely get your hand in through the access hole. He really liked it and came to borrow it a few times. One day in the lunchroom he was talking about the $1800 dune buggy chassis he bought that he was going to build. Later that day he came around to borrow the wrench again and I told him no :shock: and to go buy his own off the Snap-on truck. He told me he couldn't afford it. I let him know that if he had the money to build expensive toys he had the money to get the tools he needed for his livelihood. He didn't like me much after that. #-o

My friend used to borrow my chainsaws, but he always replaced a chain if he hit it. He also lent me his 7.5 t truck and his 5 ton dumper when I needed them, so I never had qualms about that.
I did have an arrangement for years with a guy I worked with where we never bought the same router cutter, we bought alternately and always different.

PLEASE DO NOT ASK TO BORROW MY TOOLS, AS A PUNCH IN THE MOUTH OFTEN OFFENDS.


I have a bumper sticker in a similar vein
"yes this is my pick up, no I will not help you move house"

When I was building my workshop, Cowboy Builder, whom I've not seen on here for ages, and who lives near me, offered to lend me a Hilti jack-hammer type of thingy. We didn't know each other, but he offered it to a total stranger. I looked after it, of course, and returned it in the same condition as I received it.
He also persuaded a friend of his to lend me his Paslode. This was a total stranger lending to a total stranger.
Again I looked after it and returned it, but I did say to the guy that if the boot were on the other foot, there is no way I would lend anything to someone I had never even met. He did tell me that CB has a way of persuading people
I once lent a hand-held circular saw to a neighbour. When he returned it he said "It doesn't cut very well". There was not a single tooth left intact on the blade. God know what he was trying to cut, and I do mean that, he was a Vicar.
He was the same bloke who decided to prune a tree and leaned a ladder on the branch he was trying to remove...
And he was the same man who, when his wife filled up their diesel people-carrier with petrol, planned to pump out the petrol into a wheelie-bin and take it down to the dump in his trailer.
I promise you I'm not making this up.

There are one or two people to whom I would lend non-cutting tools, like clamps, for example. But the last cutting tool I lent out was my Domino, several years ago, to Pete Maddex. I think there is only one other person, or possibly two, to whom I would have done the same. He returned it, not just intact, but with a brand new cutter.

It’s always a learning experience to see how someone else thinks to use a tool that would appear self explanatory.

He apologised today and delivered a BACS transfer and a bottle of bubbly. We agreed that if he needed help in future I would maybe lend him an old hammer. 8)

Oddly enough on Saturday someone asked to borrow my big chain morticer. In that case I said no because it is seriously dangerous in inept hands. That one even scares me.
B

The only person to whom I ever loaned tools was a retired joiner who lived opposite. Infrequently though, because he had as many tools as I do, with the exception of sash cramps, which I frequently loaned him. Sadly he isn't with us any more, but he was a genuine, good mate.