Anyone know where a replacement on of these could be found or parts to make an equivalent? 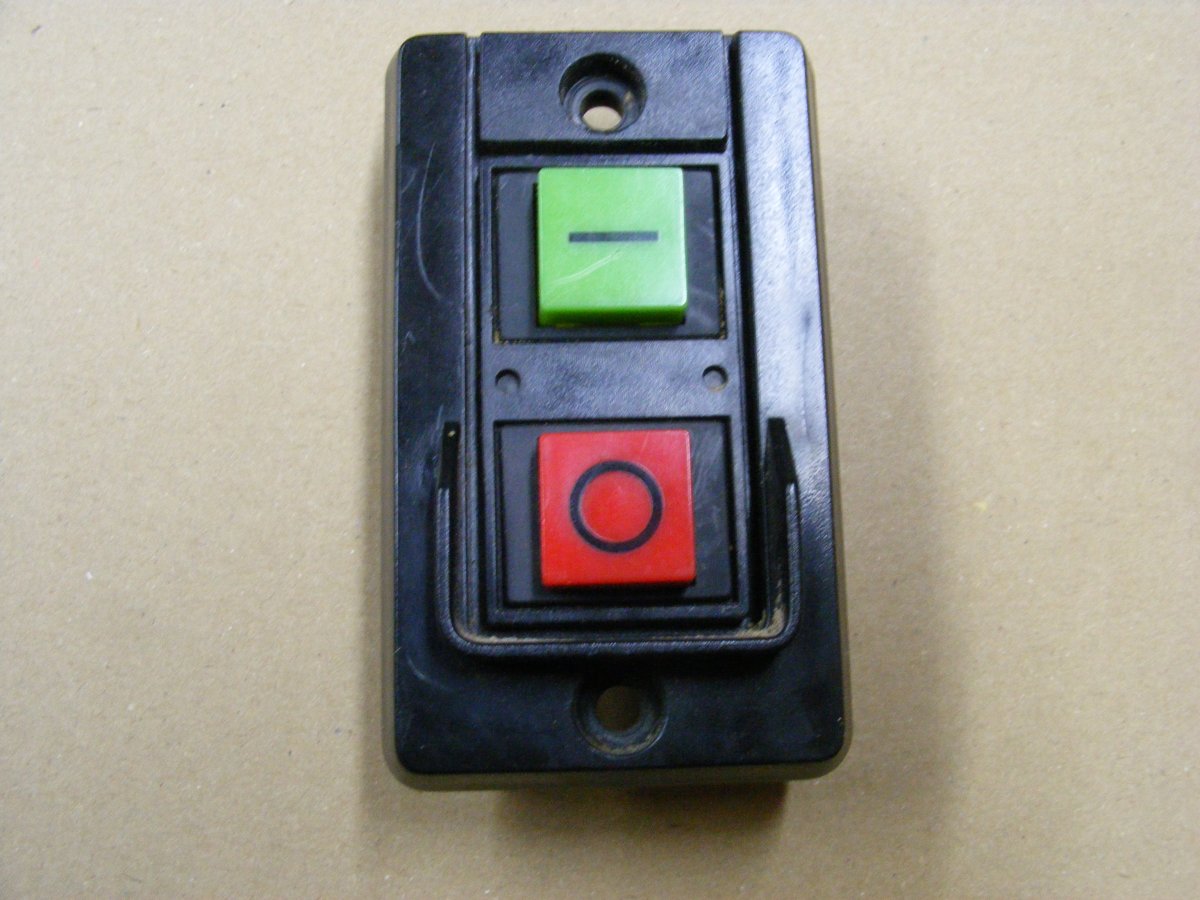 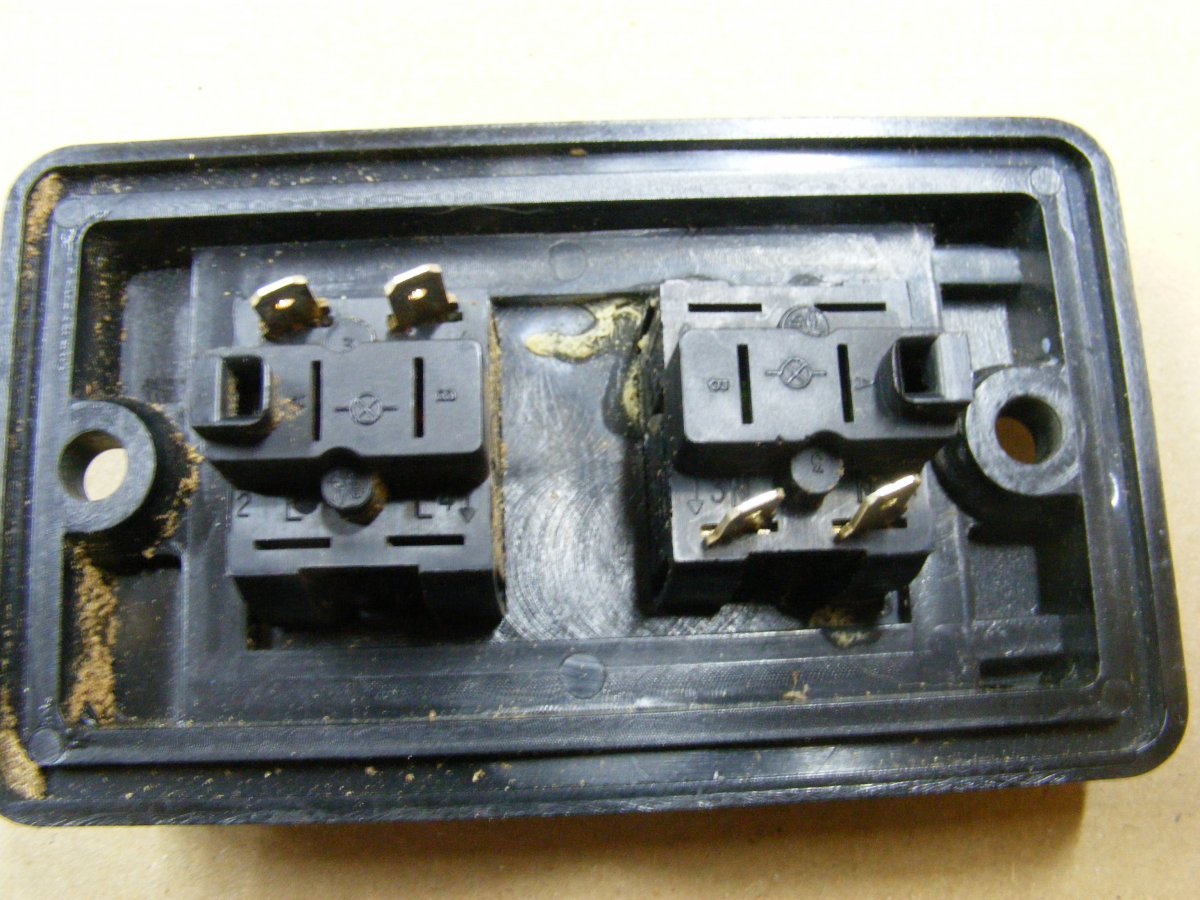 It's from an multico bandsaw I'd just got working and now the switch has packed up. All four contacts are used with both leads from each part of the switch going to the same connector in a separate magnetic contactor. Point is I don't what it's called so searching last night brought up loads of Chinese nvr switches and the RS catalogue was, well interesting to look at. I think the switches are normally open, momentary type beyond that I don't know.
The motor and capacitor are ok as the contactor has a switch on it which can be pressed to make it all run but the only way to turn it off is to unplug the power, which isn't a desirable way of working.

It looks to be a straightforward no volt switch. Scores of them on ebay, Amazon ...

Sorry, I didn't read the bottom of your post, but I can't imagine it would be any more complicated.

Not much to go on but suspicion would be these are just momentary switches / push buttons with one being normally open and one normally closed. You should be able to test this with a multi meter, or a simple battery/bulb circuit. However if this is the case I'm struggling to understand how they could fail.

If the problem is that it won't turn off, you may find that dust has got behind the red cover and is preventing it moving far enough to break the contacts so if you can give if a good blow out with an airline.
B

Nvr switch , as phil said, no voltage release, so when it hasnt got power the green pops out to make sure you cant accidentally have it on when its first plugged it i believe

With a separate contactor for the bandsaw motor, this switch plate is not the NVR type. It is just a plate with a Normally Open and a Normally Closed switch as @Fitzroy stated. I agree with @Chrispy that the Normally Closed (red button) switch might have some dust in it preventing the contacts from opening when you press the button.
S

Thanks all. It was the red 'off' switch causing the issue. Anyways, gave both switches a good clean with some air and spray ptfe and it's now working again so a good result. I'd just got the point where I thought another bit needed replacing, especially after not initially realising there was a separate contactor tucked into the spine and wiring in a spare nvr I had and wondering why it would turn on, but as soon as the green 'on' button was released it shut down. Now realise there was no power going to the coil in the nvr switch, at that stage though the thought of a simple thing like cleaning the original switch was being replaced by reaching for the lump hammer.
Plus thanks to MikeK I now know that to if I do need replace this switch I need one n/c and one n/o, which from last night's search are easy to find.
You must log in or register to reply here.
Share:
Facebook Twitter Reddit Pinterest Tumblr WhatsApp Email Link