I was doing a bunch of morticing today and I was suddenly hit with a brainwave: 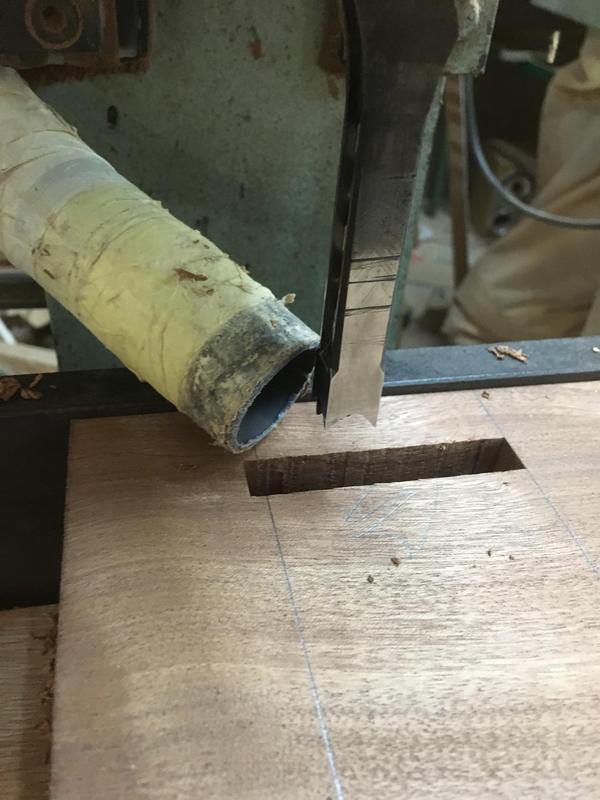 I can't believe I didn't think of this before, I usually just let the shavings flow out and knock them onto the floor which gets cleaned at some point. I've worked in places that had air-line blowers attached to the machine that blew the shavings away from the line constantly but I never actually thought before about hooking up an extractor to it until now...

This picks up about 90% of the shavings coming out of the chisel if you cut with the ejection port covered rather than the traditional method of working away from the port to let the shavings eject into the open mortice. Hose end just clamped in place on the pillar of the machine so that it doesn't travel with the table or head, it stays in one spot. It's not the best suction in the world as it's a HVLP extractor with a 38mm hose on it but I imagine a traditional henry hoover or Festool would have much better suction but would fill quickly with the chippings.

What would be an ideal extraction for this kind of thing I don't know :?. A Cyclone to allow the coarse chippings to drop neatly into a large drum? Ideally you'd also want some kind of articulated arm attached to the side of the machine that the hose clamps into so that it's easy to adjust for the size of stock etc.
T

Whenever I use mine I cable tie the hoover flex to the head so the nozzle moves up and down with the chisel.
C

I've just fitted a brand spanking new 3/4 clico chisel and bit and thought about your idea. I wonder whether your idea might help the chips clear even better.... Its so squeaky snug when I stop the chisel I rotate the bit the opposite way to when the motors spinning and large charred shavings drop out. Perhaps my other chisel/bits are so worn (cheapy Japanese style) I've forgot how squeaky snug they are when new. 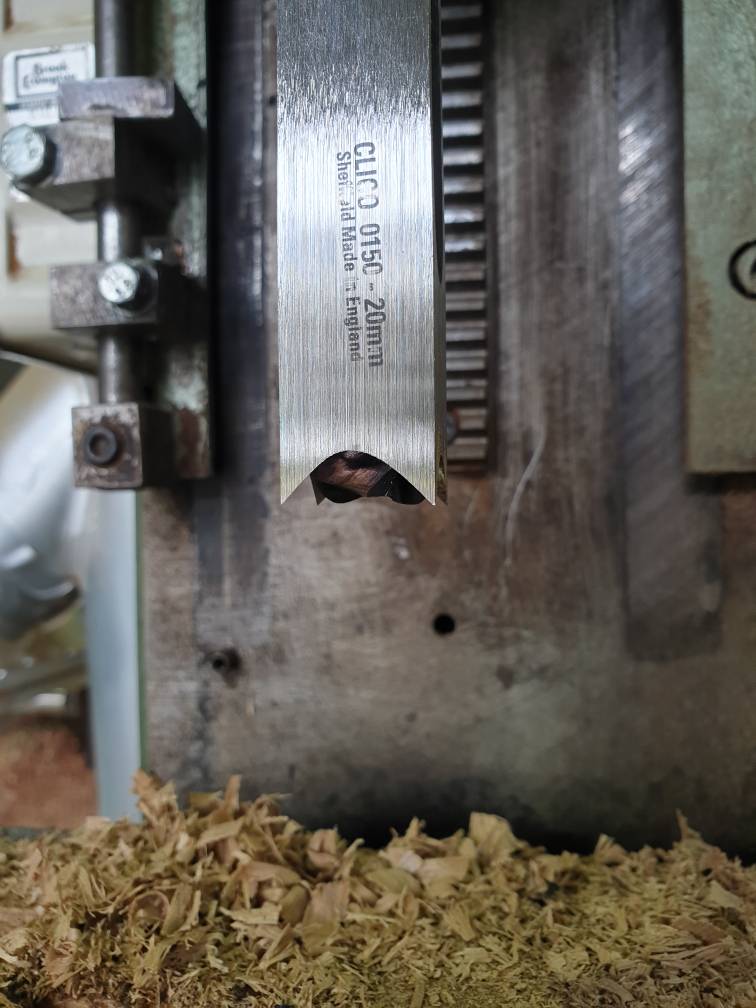 I find waxing the auger and the inside of the box helps with ejection. Still trying to figure out a neater way of attaching the hose to the machine rather than a block of wood and a clamp :-k

The morticers are definitely clearer after machining so less cleaning out is needed.

Years ago before I got rid of my then mortiser & bandsaw I made wooden jigs to hold small lengths of 40mm waste pipe close up to were the dust/chippings were produced, it was then just a case of pushing my extractor hose into the pipe when using either machine, when finished the waste pipe stayed in position ready for next time & the extractor hose disconnected.

Jet washers that can suck from tanks - recommendations?