Does anyone have any recommendations for a hand held metal detector for checking second hand wood for screws, staples and the like.

I was looking at those airport security style wands on Amazon for £20.
Has anyone any experience with those?

I've been using a rare earth magnet for this. Works really well and if its the right shape it pinpoints them very precisely. A bar shape about half the size of a pencil seems good. You feel it twitch as you pass it over a screw head etc. and mark with a pencil. Have used it a lot on reclaimed timber and also for locating screws/studs behind plasterboard.
J

I use a forked twig, or two coat hangers bent into L shapes.

Doesn't work, but you can't have everything...
J

Being serious, Jacob's suggestion is probably as good as it gets. Obviously won't pick up on non-ferrous stuff, but I doubt the airport style metal detector wands would find a staple.

John Brown said:
Being serious, Jacob's suggestion is probably as good as it gets. Obviously won't pick up on non-ferrous stuff, but I doubt the airport style metal detector wands would find a staple.
Click to expand...

Does work.
But the big prob with RE magnets is that they attach themselves to the nearest metal thing and if you aren't careful they escape to the wild and may never be seen again. I found one attached to wife's bike frame like a little limpet and worked out it'd been there for two years and been on several camping trips including France. Or it could live for years unseen, attached to a little used spanner in the bottom of a box.
O

okeydokey said:
I don't know where you would get a RE magnet but if you want a strong magnet then just take an old computer hard drive to bits 2 good magnets in each one
Click to expand...

Amazon have about a trillion. Just search for "rare earth magnets".

No criticism of you intended, okey-dokey, but weird how it's changed from hard disc drive(as opposed to floppy disc drive), to simply "hard drive".

I've only ever compared the security wand I bought used, to a cheap old stud finder.
The wand was a tiny bit better.
Great tool and I think seemingly a lot handier to have than using a magnet alone.(if doing a lot of salvaging)
Not used a rare earth magnet before, but I'd not discount it for a belt and braces approach,
as I've encountered a buried end of tack once or twice, which doesn't do a bandsaw blade any good at all.

Could try and get some of them sometime, seems a bit risky getting ones from overseas, should it stick to the side of some container along the way.

Worth the twenty quid or so for what a bandsaw blade costs.
I do question mine occasionally when digging out a big hole and its getting bigger and bigger,might miss something very occasionally with something minuscule, i.e pin head sized, but it never lies.
I normally go over the timber again before working with it, once its stored for a bit.

This one, as with all of them I guess?, don't seem to eat batteries when left unused.
(is that a thing with only cheap calipers?) 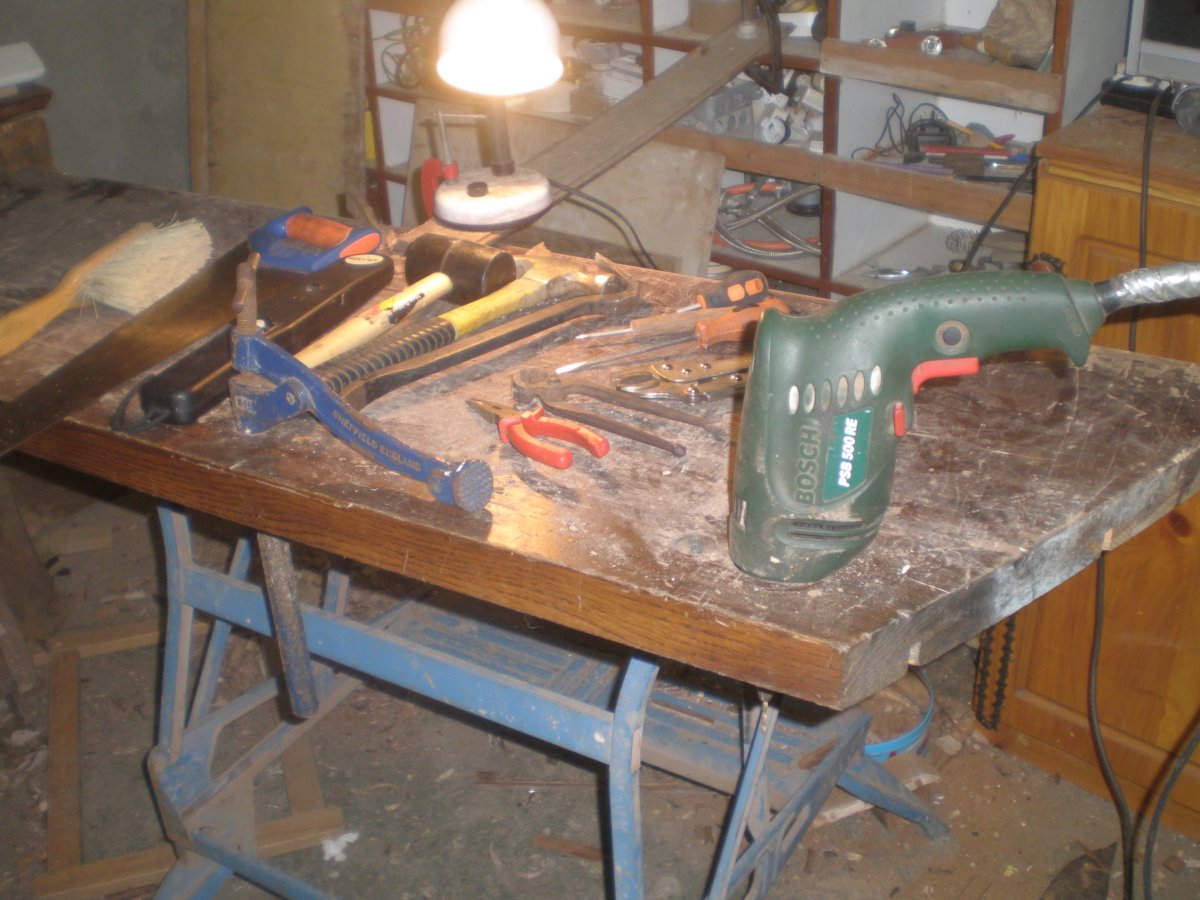 John Brown said:
No criticism of you intended, okey-dokey, but weird how it's changed from hard disc drive(as opposed to floppy disc drive), to simply "hard drive".

Yes I suppose it is ------ maybe its laziness in language or the since the invention of Hard Disc Drives (late 1950's) when the full name explained what it was/did that they subsequently became ever commonplace so that the word Drive was just redundant? Maybe adverts are more "snappy" with less words.
Dunno
Click to expand...

How has my answer to JB got caught in the quote box ?? sorry
C

I use a RE magnet epoxied into the end of a piece of dowel. Doesn't get lost and does the trick.
I also have 2 of the magnets Okeydokey describes which were taken from a disc drive many years ago when disc drives were the size of washing machines.
I have these tied to a piece of cord and wave them over the wood. If there is any iron there they will attach themselves to it.
Also handy for searching for tiny components which have pinged off.

I also use rare earth magnets salvaged from an ignition coil pack, 8mm dia, 4mm long. I put it in a polythene bag and slide it over the surface moving from side to side. I find this works very well on rough sawn timber.
You soon spot where buried nails/screws are. I circle each one then extract at the end. I do a double check before machining.
You must log in or register to reply here.