Got around 6 to 10 knives upto 6" in length and they rattle around in a kitchen drawer.

How can I make one of those knofe stands where the knives drop in slots. How is it done.?

got some timber blocks.

If I were to make one of those, I would take the block and cut a slice off where each knife handle will go. Then rout a small channel out of one side of each cut to accommodate the blade and glue back together. Should be nearly invisible.

However, I would probably make one of the magbloks instead

marcros":nxieab5i said:
If I were to make one of those, I would take the block and cut a slice off where each knife handle will go. Then rout a small channel out of one side of each cut to accommodate the blade and glue back together. Should be nearly invisible.
Click to expand...

This is exactly how the commercially-produced knife blocks we have seem to have been made, for what it's worth. I'm not sure whether they routed specifically or not, of course.

Also worth bearing in mind: ours have the slots for the knives running the whole length and out the bottom of the block. I presume this is probably to allow the egress of moisture, make for easier cleaning etc., and I expect it's worth doing if you're making your own, even though a stopped slot may seem more tidy-looking.

Yes, most blocks are made out of strips that have the slot for the knife routed out, two slots if you are "double decking". Glue together and then clean up. I would also leave the slots open at the bottom. Atip, put the knives in cutting edge up so they don't cut the wood when removing them.
D

The knife holder is going well at the moment, although the original design I had in mind keeps changing, I have moved away from the veneer plan I started with.

The block was squared up after some slippage whilst glue was setting using the jack plane and then through the thicknesser. 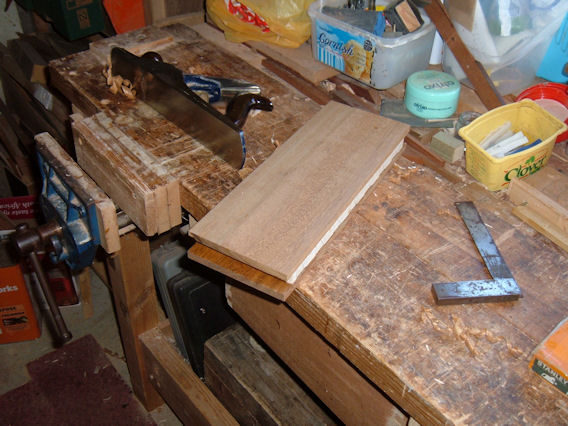 The design then changed again and end decoration was added to the block. A recessed edge was made, I started by getting out a Record combination plane again and selected the 1 1/4" plough blade, but it was chipped so had to regrind. It took a while to assemble plane and when that was set up I found that the fence was too deep and fouled the bench vice when trying to guide the plane olong the working piece. So that cost over an hour opf mucking about. 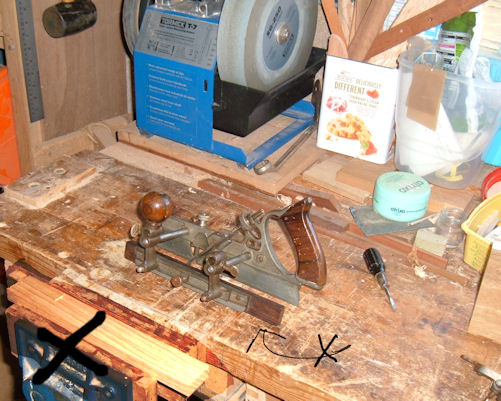 This length of oak was then marked up and two cuts were made on the tablesaw using a kind of hold down. Then passed over the router table to clear out the dado. 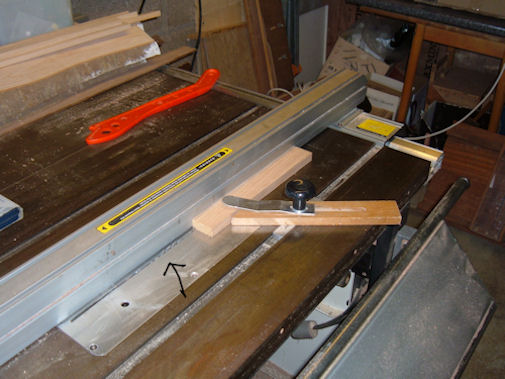 These two end pieces have been glued on and left over night. 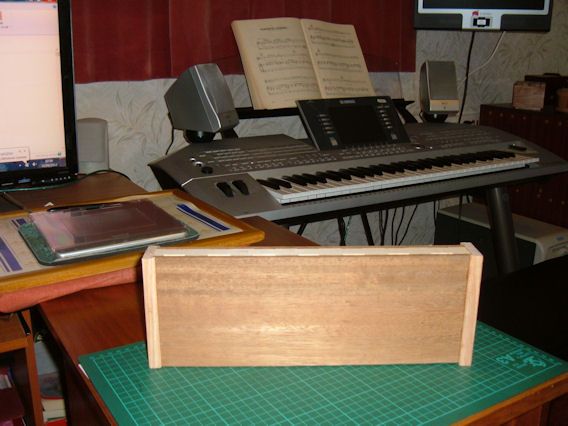 Looking ahead I think I shall go for another holder based on the coaster showing in this picture. 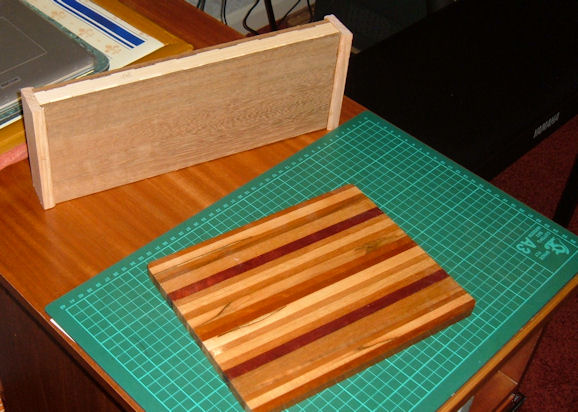