Axminster AW10BSB2 table saw and router table extension for sale. I've had this for five years. It hasn't worked it very hard. I've probably only used it once or twice a month on average. I've augmented it with the Axminster cast iron extension leaf on one side and a router table on the other. I've fitted the full length rails so the fence can run all the way across the two extensions. The original rails are also included.

Being the 10 inch it should run on a regular mains circuit - it certainly does here. The 3-pin mains adapter is included.

I'm asking £600. Of course the downside is that you (and two or three strong mates and a van) have to collect it (South-West London). I can help with the disassembly but the reason I'm selling it is my advancing age. I can also lend a strong trolley and a dolly. There are no stairs but there are some steps up and down in the hallway and on the paths. (I got it into the workshop on my own!)

The router has a John Heisz style lift fitted and it shares the saw's dust extraction via a T and a couple of blast gates. The router is included; it's a Draper Expert 1350W with a half-inch and a quarter-inch collet.

I added descending castors inside the cabinet. They are operated by that foot pedal mod you can see poking out at the front. They worked OK with the original saw on a smoothish surface. With the extra weight of the two extensions and on my current tiled floor, the castors still work but are somewhat lumpier. YOU WOULD USE THEM AT YOUR OWN RISK: if you or the castors failed then such a heavy weight coming down on a toe or a cable would do damage.

I've included one picture, but you can see the saw in action in a bunch of YouTube videos I did at: https://www.youtube.com/user/DustAndFilings

One of the videos is the making of the router lift. The later videos would be the more informative as they show the saw in its current configuration. 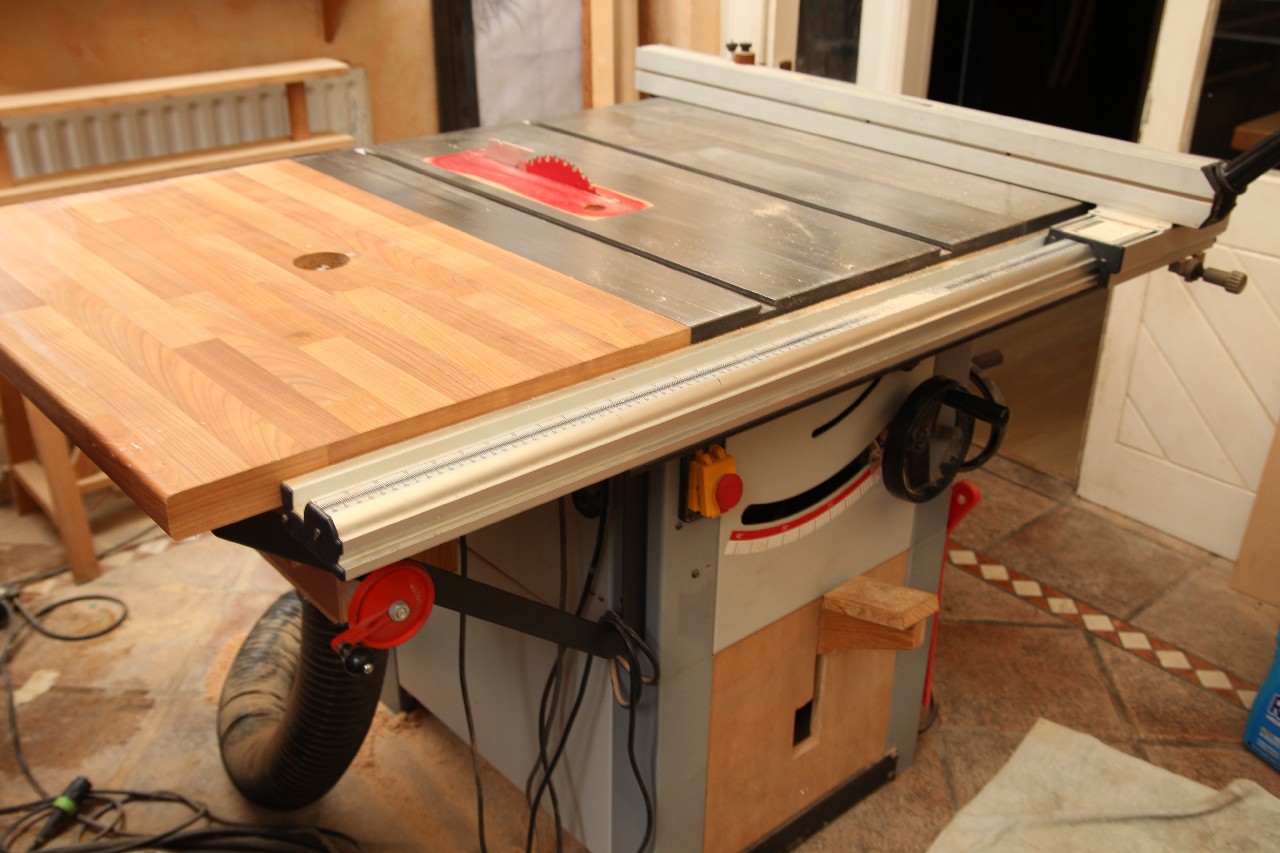 It has to go. As well as my advancing age necessitating its sale, I shall be moving to a smaller house this year.

Where are you based?

You have a PM, if saw still not taken / promised.