It's one of the newer models, maybe from the 80s/90s? It has bench dog (although missing on mine, but that's not the real problem), and a quick-release lever.

Initially the quick-release worked, but the vice wouldn't work at all when turning the handle, neither clamping nor releasing. I disassembled it a bit and put it back together with more tension on the coiled spring, and now it does work when I try turn the handle clockwise, to clamp.

But on counterclockwise (releasing) movement the gears seem to be slipping, and it doesn't really move at all (or just a tiny bit and then disengages again).

Is this a problem with this vice, or are these kind of quick-release vices only meant to be released using the QR mechanism?

Trevanion wrote:This'll sound daft... Is the half nut installed the right way around?

Do you mean the nut that's inside the coiled spring? This one: 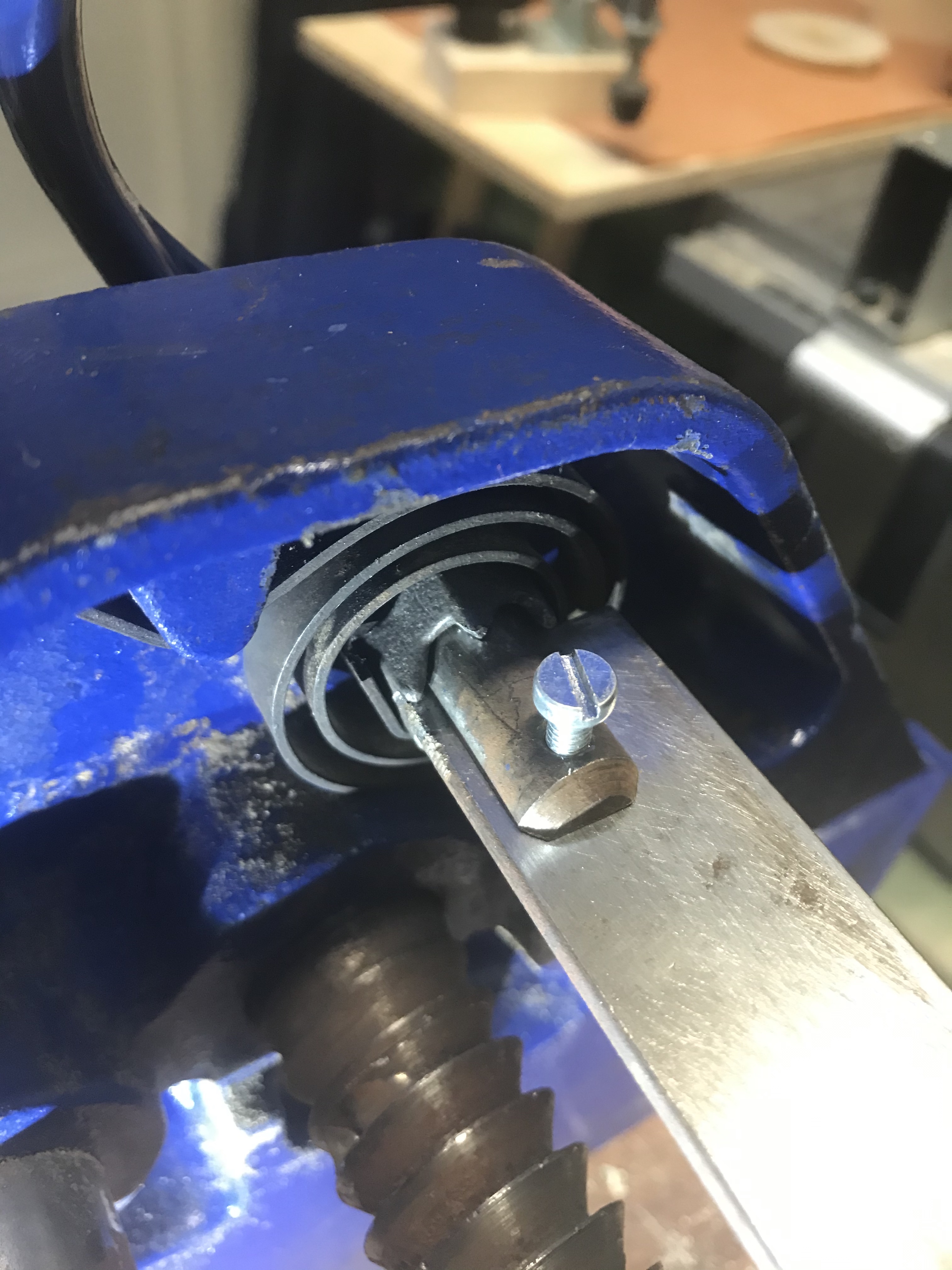 By Trevanion - 08 Jun 2020, 18:54
- 08 Jun 2020, 18:54 #1360623
No, I meant the one that engages with the thread and is disengaged with the lever through the bar.
"It is quite wrong to consider that only hand-workers are craftsmen, the only difference between the old craftsmen and the new is that the former used hand-tools and the modern craftsman uses mechanized tools." - J.Raymond Foyster, 1963

city17 wrote:Ah, I see. I don't think so. There is only one side that has a gap/hole to receive the flat bar that pushes it up or down. So I don't really see how it could be fitted any other way.

If the flat bar is also the wrong way around

I have seen it happen before, I'm not insane!

city17 likes this
"It is quite wrong to consider that only hand-workers are craftsmen, the only difference between the old craftsmen and the new is that the former used hand-tools and the modern craftsman uses mechanized tools." - J.Raymond Foyster, 1963

There's many a problem been solved by a strip-down, inspect and clean of all components. Just be careful to put 'em back the right way round!
city17 likes this