Appreciate the post on the TA175 (Startrite TA175 riving knife alignment) and comments form @deema @Sideways @distinerior @BigPaul and others but I find myself in the same situation with a 165 and thought I'd start a new thread. Hope that's ok.

I bought the said saw and have started tidying things up when I noticed the blade and riving knife don't align. I suspect lots of not original parts and/or the previous owner was, er, creative. I can't even be sure the spindle flanges were on in the right order (the ticker of the two is closest to the bearings/belt).

The first few pics show how the saw is sitting on the spindle (there's a badly size 30mm reducing bushing) and with the flange on. 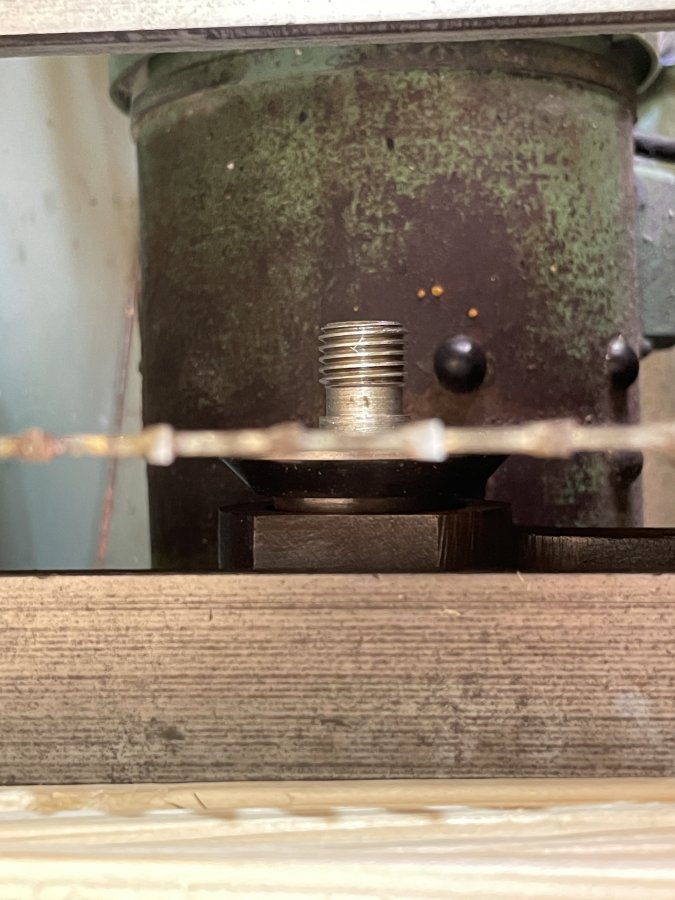 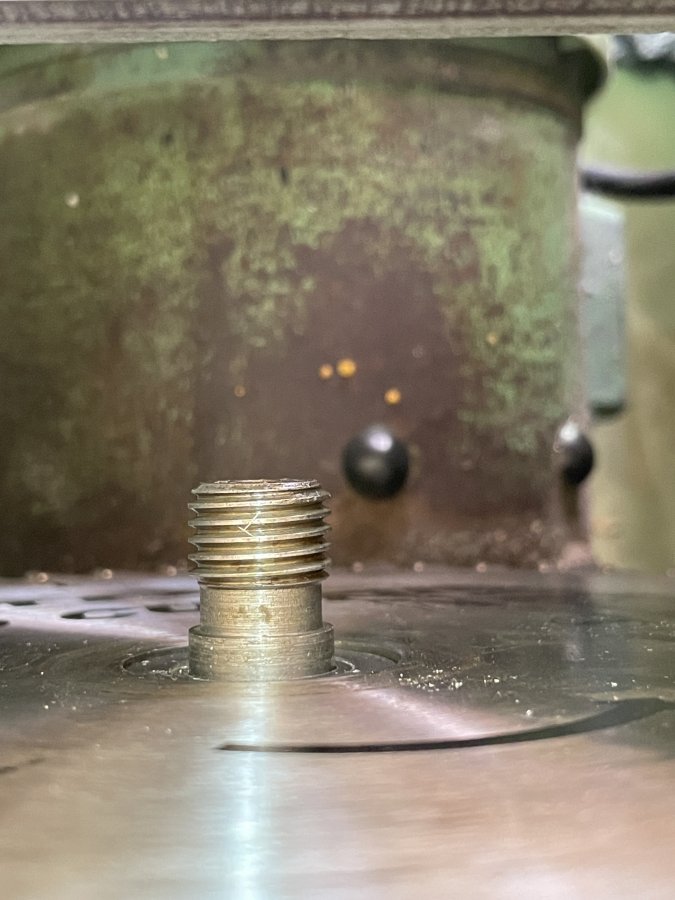 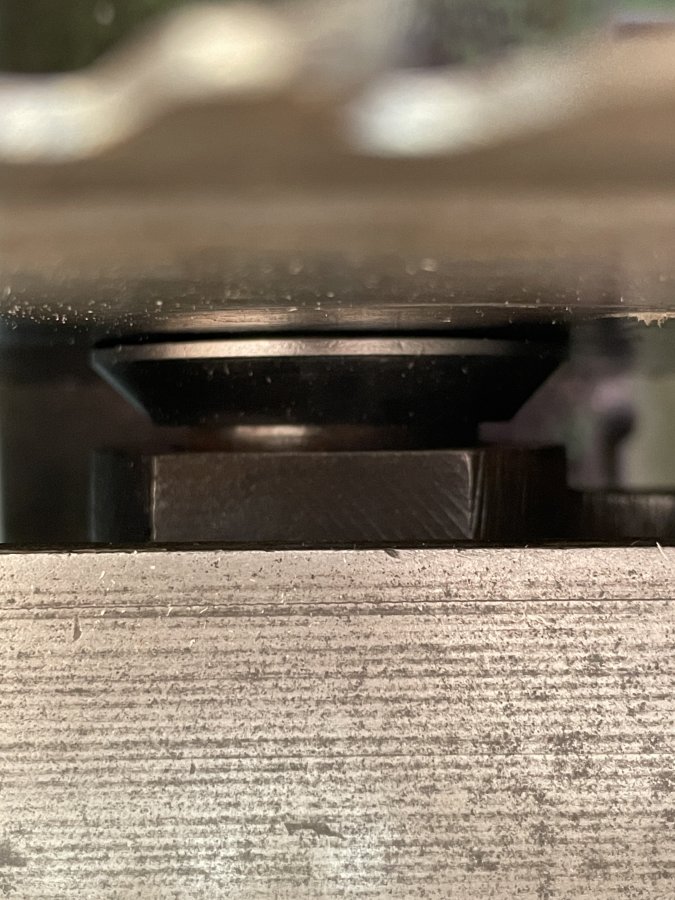 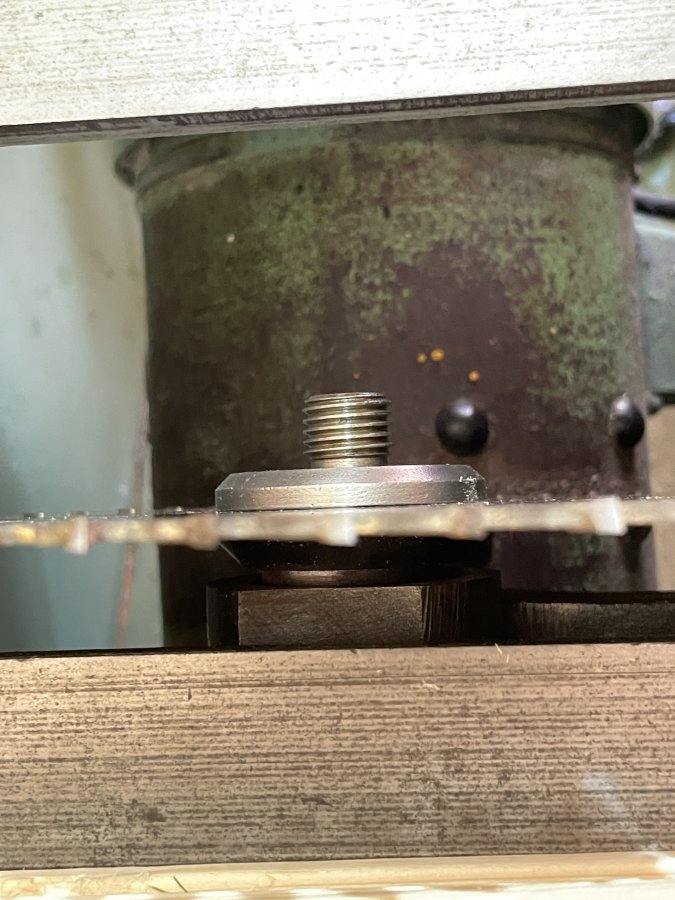 Then the alignment itself and some inside shots. 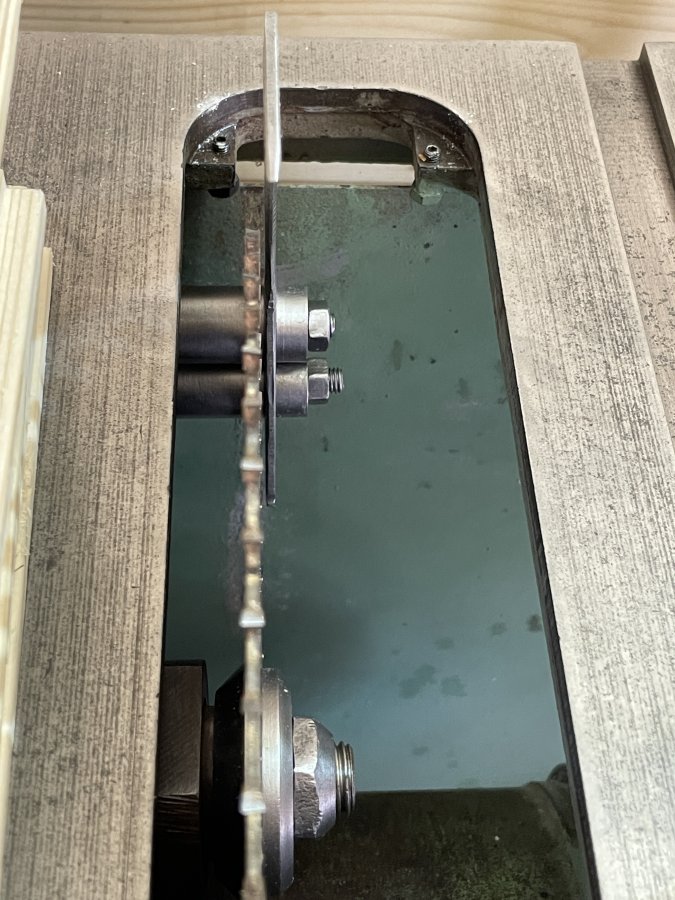 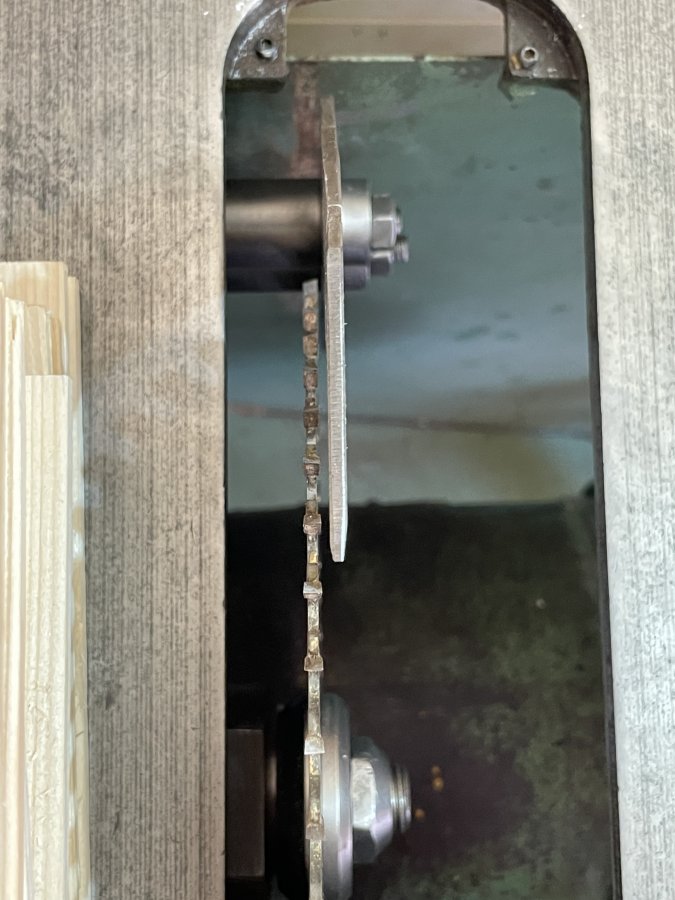 I suspect the spacers aren't right here. The riving knife itself is homemade and about 2.7mm which is ok for the ~3mm blade I think. 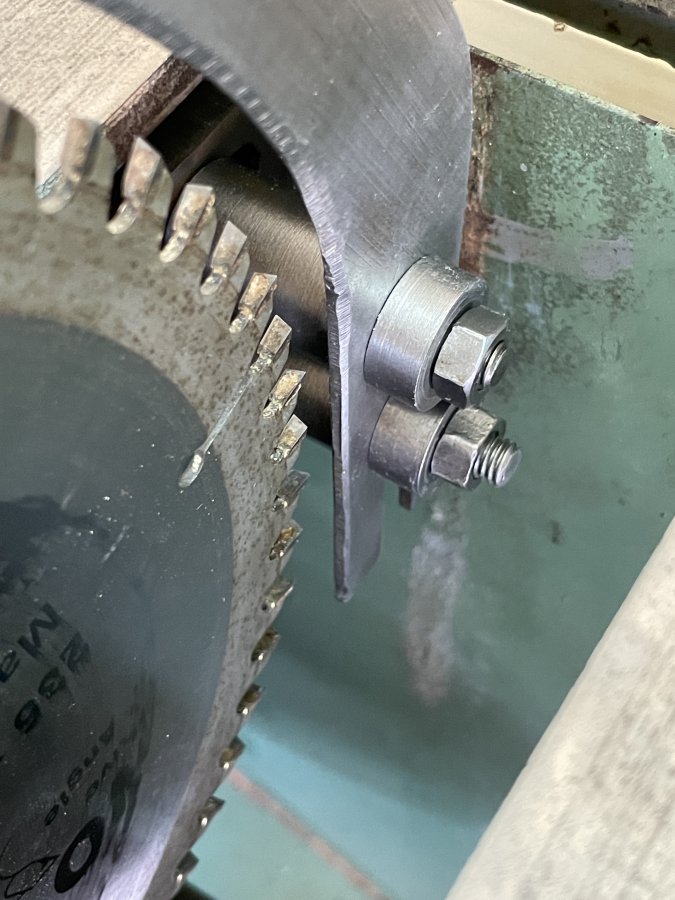 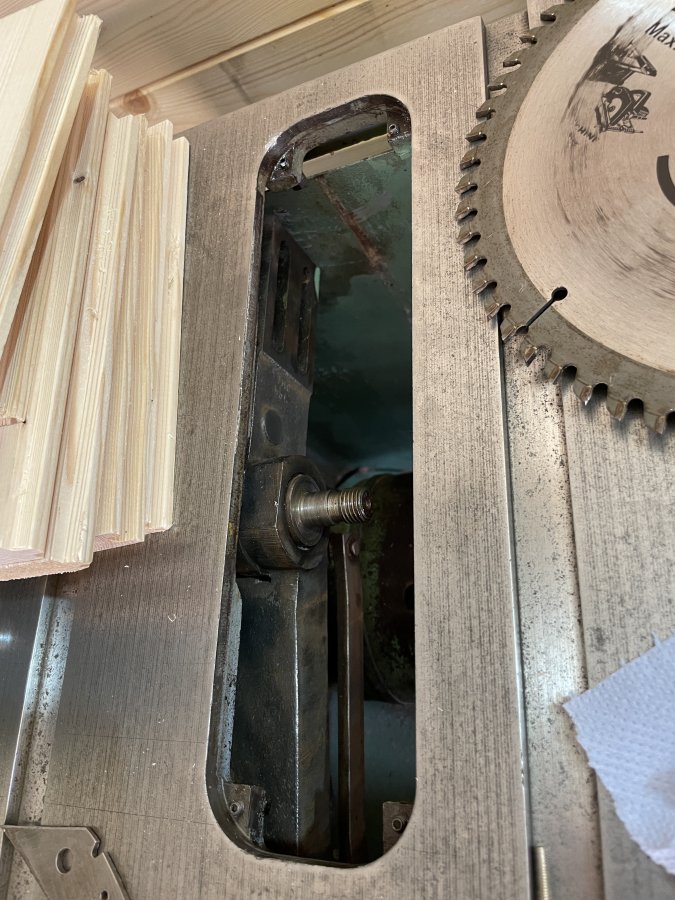 Then, this is how the parts looked out of the machine (I cleaned them up

), in case it was put together wrong. I've included the altsaw drawings for reference but can't tell from them myself if assembly was correct or not. There was a rogue washer between the spindle and the first flange (looking from left to right) which I am fairly confident shouldn't be there. It brings the blade further out but still not aligned to my liking. 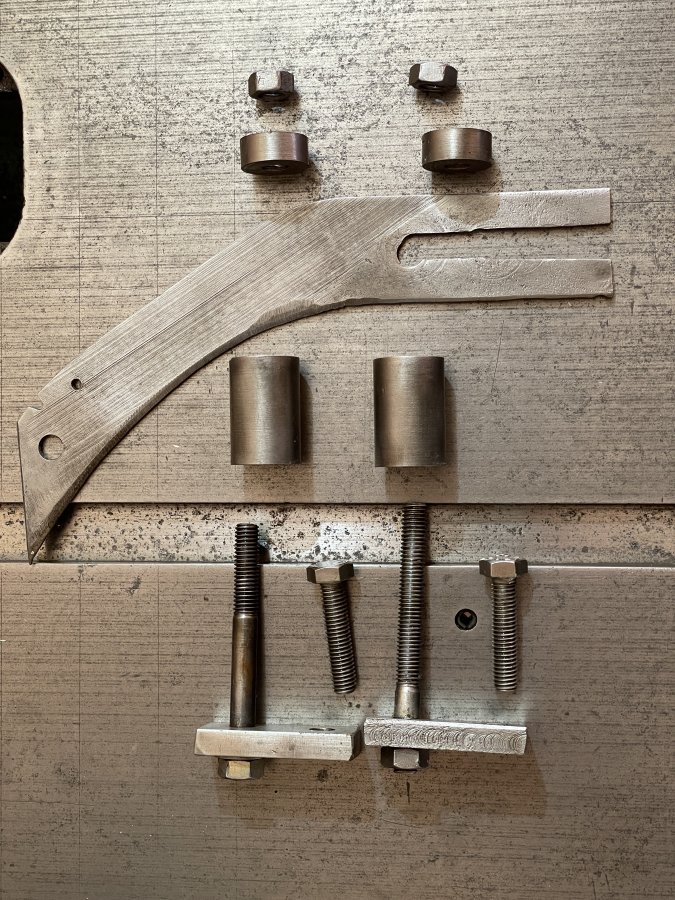 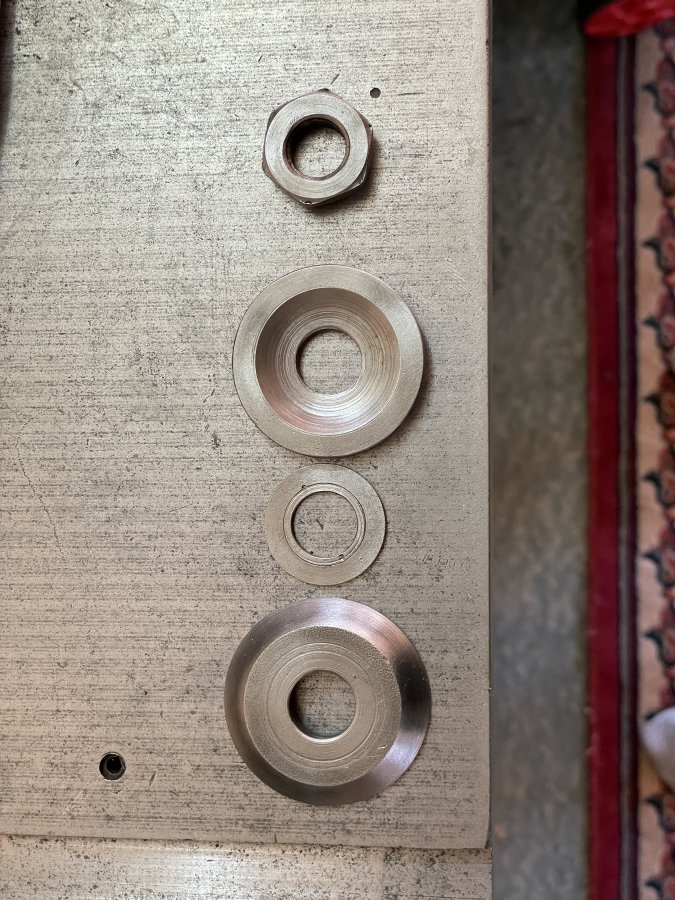 I'm reluctant to cut down the two large tubed spacers holding the knife on. I could just pack out the spindle with washers but not sure if that's a good idea... thanks for any advice.
Last edited: 26 Mar 2022 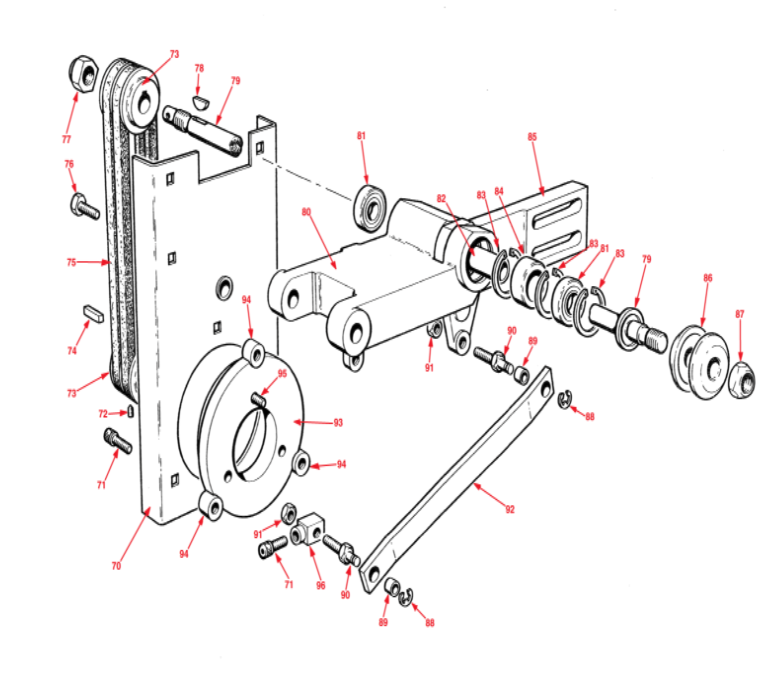 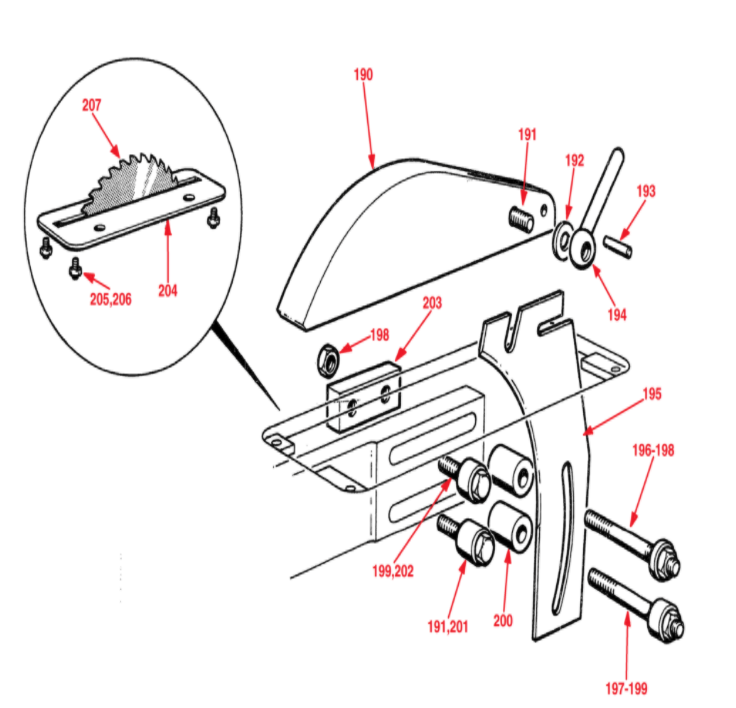 I'm not too sure what's been going on with some of those components you've got there Fiesta,....but as youve probably gathered by now, that's not how it was originally configured.

I've got a TA 145 disassembled at the moment ( identical parts & arbor assembly as the TA165 ) with all the various components in little boxes.
When I get a chance, I will dig out those parts and take a few pics and can measure the actual sizes for you.

Looking at your pictures, I'd say the 2 spacer tubes are too long and they're spacing the riving knife further to the RHS of the blade.....?

I've just checked, and on the earlier versions of the 145 & 165, there were only 2 bolts, 2 spacers ( spring loaded) and a single rectangular block to fix the riving knife in postion.

The later models of the saws utilised 4 bolts and 4 spacers,.....hence why that exploded diagram seems to be a bit misleading.

I assume your fence mounting bar has a Metric scale on it rather than an Imperial scale...?
I think the changes were made when Startrite moved over to Metric from Imperial...

I've got an early Imperial 145 in bits at the moment but I've also got a later Metric 145 all still together awaiting refurbishment.
I'll try and take a few pics of the two sets of differing components so you can see the difference when I can get access to the Metric version.

Here is a picture of the Imperial method of mounting the Riving knife.... 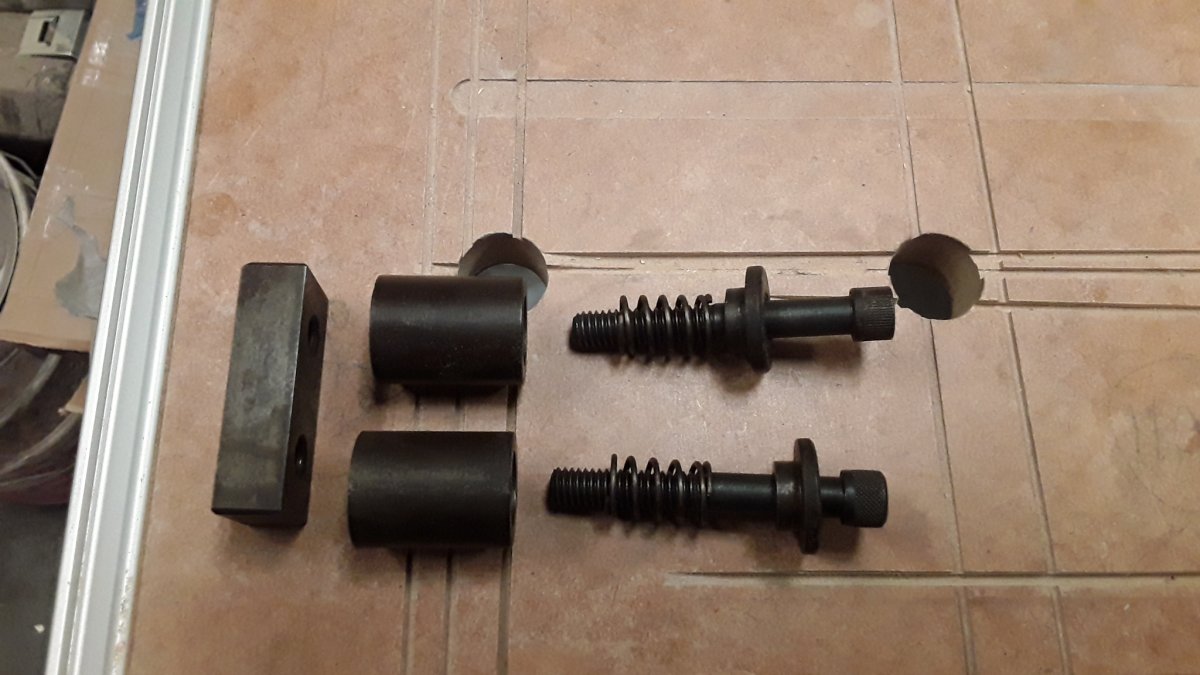 Thanks, my whole setup feels odd. Like I can’t see why it would need those big spacers past the knife?

everything is imperial on mine, the measure and all the bolts I’ve played with so far.

I’ve bought spares from Machinr Spares before and they didn’t turn out to be right (handles for the tilt and a missing shroud / verlure) so I’m reluctant to buy from the diagram above (especially as they don’t seem to be the spring loaded type, plus ££££!

perhaps given an accurate original part length, I should just cut down what I’ve got? I have not real metal working gear but perhaps I can rough cut and sand flat?