We recently got a new combination machine from the factory and it has angled snipe front and back and drags to one side in and out of the thicknesser. Had three visits from the company to try and find/fix the issue but no luck yet. They have replaced the in feed roller as he thought it might be cupped. Although I did think it would be tricky to make a cupped roller in error.

The blades are helix. Roller pressures and heights have been adjusted for hours but still the same issue. Bed is totally grease/dirt/rust free.

Slimmer pieces of wood work fine but wider widths 200mm+ really show it up. Have tried oak and maple as that is what we mainly use and both show up.

My question is the bed has a slight concave cup in the width by around .15 to .2 mm over 410mm would this be enough to cause these issues? They are thinking this wouldn’t be enough as it’s within their tolerances but I can’t think what else it could be.

I would still say it’s a roller set-up problem and it should be fairly easy to fix, definitely shouldn’t take hours and hours to sort which makes you question the technicians abilities.

0.2mm of cup on the bed in a new machine isn’t particularly great, but it isn’t terrible.

It should now take timber through without it tracking all over the place if the springs are set correctly, if not you’ll notice the tail end of the piece moving either right or left as it’s being put through, if it’s trailing to the right you’ll want to put a couple of turn more pressure on the left spring and a couple of turns on the right spring if it’s trailing to the left. Do the same if it’s trailing any way out of the outfeed side. You don’t want to overdo the spring tension though either, if it’s leaving indents in the timber after taking a 1/4mm pass it’s set too hard and an equal amount of turns to reduce the tension of the springs should be taken. It’s a bit tedious but it shouldn’t take hours and hours to do properly, unless of course you’ve got a hell of a curve to your feed rollers which will mean you’re on a hiding to nothing but anyone with half a brain will spot that instantaneously with a DTI.

Wax the table and it should fly through straight and true.

Sorry, I forgot to give the full name 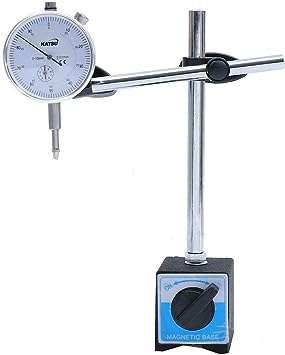 That is really helpful thank you! I wish I didn’t need to know it but good to know if they can’t fix it. I will get a DTI today.

First time I bought new rather than used in the hope it would be niggle free. Rather irritating when you drop 10k on a machine.
M

Which machine is it ?
R

I’d rather not admonish them publicly yet as I consider the potential of me discussing online a good incentive for them to get it fixed.