I have this bandsaw and the blade tensioning knob is broken. SIP no longer stock this as a spare part.

Does anyone know if this was rebadged by other suppliers so I could try their spart parts store?
Thanks
Peter
B

PearlyKing":110fporn said:
I have this bandsaw and the blade tensioning knob is broken. SIP no longer stock this as a spare part.

Does anyone know if this was rebadged by other suppliers so I could try their spart parts store?
Thanks
Peter
Click to expand...

You could just make one. They are usually just a plastic or metal handle with a captured nut.

I think I have the same machine. I made the replacement fairly easily.

Olly, the previous owner made a nice one from beech (with a rectangular peg sticking out from the bottom to engage with the adjuster mech), but it was too awkward for me to turn. So I now have a proper handwheel (with a handle), and a 12mm bolt with the head hacksawed off to do the locating, and a smaller pin through a diameter of the big bolt to do the adjusting.

It didn't cost much and works much better than the original knob.

Photo to follow, assuming it's not a different model.

It takes a bit of cussing and fettling but you can get them running sweetly.
P

Many thanks, I appreciate the responses. I was trying to avoid making one - lazy I know- but will do that if I cannot find one.
E

Mine is the same model. Here's what I did: 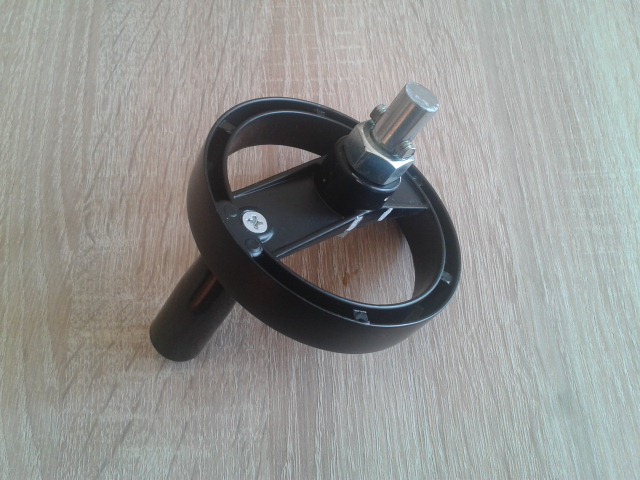 It's only a 12mm bolt (head sawn off so the unthreaded end goes into the adjuster rather than the handwheel), and the wheel came from Axminster (I don't think they still sell them, but they're on eBay, etc.). It's a 6mm bolt through the 12mm bolt, with flats filed on it, to be approx. 4mm wide. I can't remember if I needed to open out the slots in the adjuster at all - I think not): 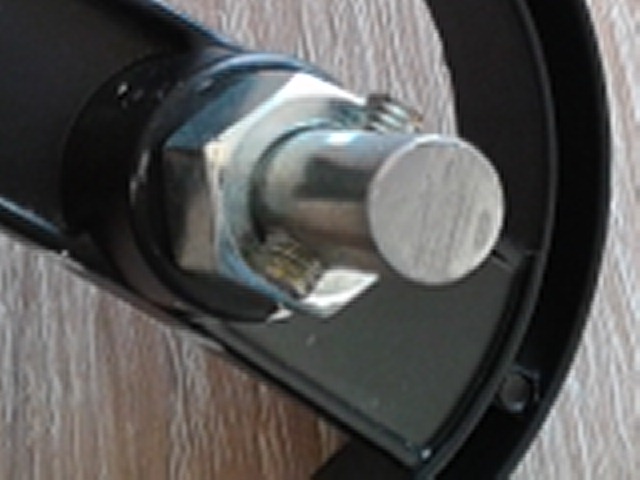 Presently it's only friction and a bit of thread lock holding the big bolt in place in the wheel, but that seems to be OK. I'll drill and tap it for a machine screw when I get a moment*. That would also mean one or both nuts would be unnecessary, so the arrangement could be shorter by about 12mm. 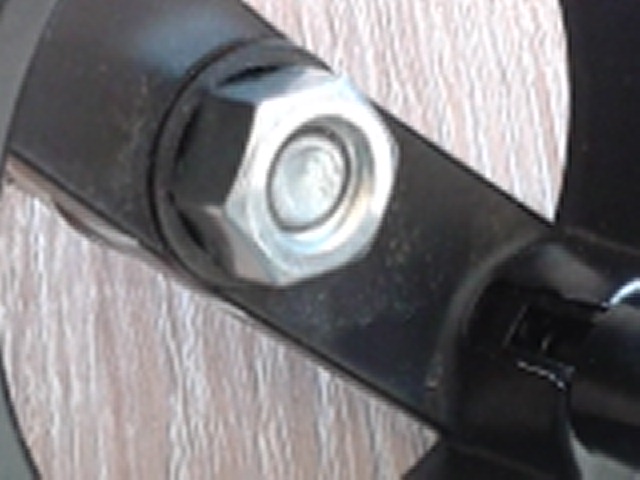 You need to grease the adjuster on the saw often. Mine is wearing the long screwthread quite fast, and if I do a replacement, I'll have to re-jig the tensioner handwheel somehow, as I probably won't use the slotted socket idea.
Sorry about the rubbish pictures - I think my 'phone camera is finally dying, and anyway this is the highest rez I can quickly post.

I don't have a spare handwheel now, but if you want a couple of those 12mm bolts to play with, PM me.

* It needs a long-series drill to reach past the wheel rim to the hub (have those), and the handwheel is awkward to hold securely on the drill press table--but it works now so low priority at the mo.