Hi, I have a Silverline 262212 pillar drill, and I'm finding it isn't coming up to snuff in certain situations. I'm sure it's not helped, in this particular instance - the current job it's struggling with - by the cheap forstner bits I'm using, or the incredibly dense grain of the wood* I'm trying to drill holes in. I'm thinking about replacing it with a Sealey GDM-50A. The latter looks much better built than my Silverline. Can anyone tell me if it's an improvement on the latter? The Silverline is rated 350W, the Sealey 1/3HP. An online calculator tells me 1/3HP is approx 250W ... this would make the Sealey less powerful than the fairly gutless Silverline... am I getting this right? Can anyone advise?
* exact timber type not known to me

is a chunk of vintage weddings, fobco etc out of the question? it would be a far better buy.

Sadly my minuscule budget precludes quality gear of that ilk. But thanks for alerting me to them. I can dream/save up!

could be within budget if you are patient. they crop up from time to time for £100+. admittedly fairly rarely at the lower end but dont rule it out.
D

ANYTHING is better than Silver line; they are a newish brand that rapidly established themselves as utter rubbish in the vast majority of their products.
Don't get hung up on the motor power, the figures don't always tell the whole story. If your drills are sharp, your speed correct and you don't try to feed the drill too fast, it should still do the job. Be patient, go carefully and withdraw the drill whenever there's a build-up of shavings.
.......and start saving for a better pillar drill!
Duncan

My views on your brand of machine are well enough known not to repeat them, suffice to say you need to go elsewhere. (hammer)

But 250 watts on a bench pillar drill isnt too bad. i have an axminster drill with 250 watts and I can drill any size hole I want. The biggest I have drilled is 45 mm through 10 mm mild steel! =D>
Medium speed and light pressure wins the race. =D> 8)

The unmentionable manufacturer do not make anything everything they sell is re-branded, some of it is OKish, but there are always compromises, the power cords are too short and similar things like that, but and it's a big BUT don't ever think you will get spares from them they do not carry any.

The issue with the cheaper brands of machinery is generally down to build quality and accuracy. If the one you have is accurate enough for your needs and the motor is doing what it should then if it were me I would invest my money in some decent drill bits. You're going to need them regardless of the quality of machine you may purchase - unless you plan on just burning your way through with blunt unusable bits :wink:
So new decent sharp bits first and keep an eye out for better quality machine in the future.
G

I'd suggest buying some better Forstner bits first? And check they are sharp. A sharp bit will make a huge difference.

Replacing a cheap drill with a slightly-less-cheap drill (even with 500w) won't make a massive difference I fear.

I have that same drill (bought in haste a long time ago) and to be fair, it does get through most wood/metal I feed it. I have it permanently on the slowest belt setting. Not super-accurately though, as there is plenty of wobble!
L 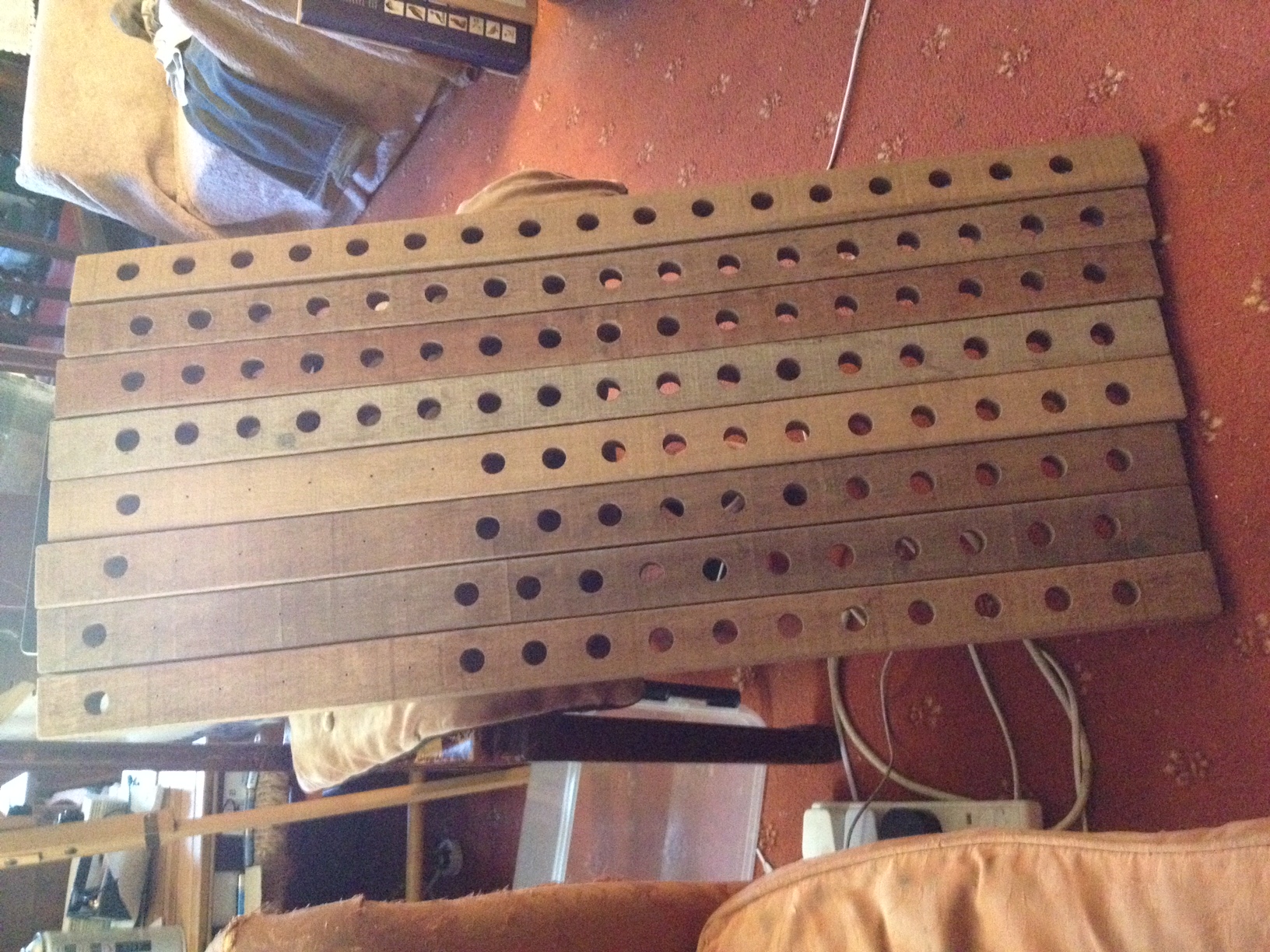 Thanks for the replies guys.

I bought a new 20mm Makita forstner bit, individually; my other forstners were a cheap set of five. The new bit - probably a tad better than the others I have - has allowed me to finish my job: 116 20mm holes in eight beams of some unknown hard-wood, to make four sets of what I'll call 'Izzy Swan' style clamps*.

These clamps are for gluing up my recycled Victorian floorboard workbench top, to be roughly 48" x 18" by 4". I'll probably get some Famag bits at some point. But can't afford them yet.

Re the original post, the Sealey went elsewhere anyway. I drove 90 minutes thinking I'd be getting a pillar drill, belt/disc sander, and bench-grinder. In the end I only got the latter. Think I might keep my eyes peeled for a nice old Meddings of Fobco after all...

* Pairs of parallel holed beams, with dowels through the holes at either end and wedges clamping the parts to be glued. I know they're not his idea, but it was his YT video that informed my project.

No idea why pic, which is portrait oriented, has displayed landscape... weird!?
C

Like others I'm not keen on Silverline's offerings - but £89 inc delivery for the OP's machine ( FFX price) isn't to be sniffed at. You can pay almost as much for a 350W Watt motor alone from Machine Mart. With decent tooling these machines can be made to work, as the OP has found.

The thing about motor power is a bit of a grey area to me - my first drill press was a Clarke 'professional' rated at 350W, but it would stall driving a (decent) 25mm Forstner into pine. I now have a Fobco rated at 250W which can whiz a 35mm Forstner though oak without even grumbling about its ancient bearings. I'm not sure that all Watts are born equal.
Bob

Watts and Torque are two different things, one does not necessarily correspond to the other.
C

No, they are not the same thing at all - but how does that relate to the question?!
The point I was trying to make was there is significant difference between input watts (what racks up on your leccy meter) and spindle watts - what mechanical work a motor can do. Most specs seem to quote electrical power input, rather than mechanical spindle output.
Bob.

If you read the OP's post you will see how it relates to the original question.

To misquote an old racing engine saying;
Horsepower (watts) decide how fast you can go.
Torque decides how fast you can get there. =D> 8)
They are two distinct things.
You must log in or register to reply here.

A
Seeking Assistance regarding router/s and router table inserts please