Got a Sedgwick MB p/t any tips?

Finally convinced a joiner I know to part with an old Sedgwick MB he had, he got a big Felder a few years ago and this has been sat in the corner of his workshop gathering dust ever since. 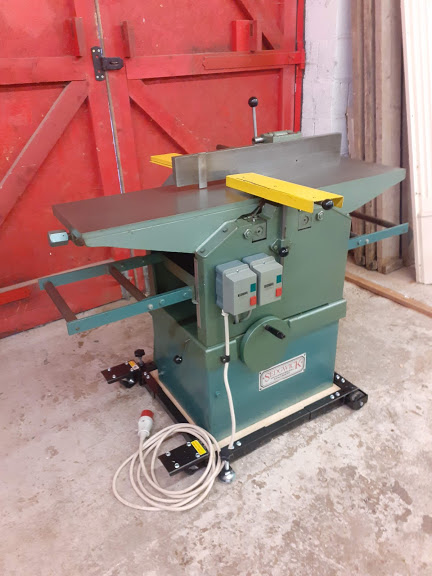 All seems fine, he has added extra rollers to the thicknessing table , he says it helped with snipe. It only has 1 roller in the thicknessing bed which I thought strange but a quick Google showed a few old ones like this.

The thing is built like a tank, weighs nearly 400Kg! I'm looking forwards to not having to remove fence and lift tables for thicknessing like on my little Axi.

I need to make a dust chute for it, was just going to make one out of ply similar to what comes with the planers now unless anyone has any better ideas? On an old Wadkin I had I made the chute quite large so when it was sat on top you could stack timber on it when thicknessing which worked quite well so might even do that again.

Anybody got any hints and tips on owning the Sedgwick or any quirks it has I should know about?

I had one of those for a couple of years Doug, really nice bit of kit, we just out grew it.
If you make the box out of ply it sounds like a lancaster bomber on take off
That one looks lovely.

Dust port for MB
If you have access the welding gear this monification works very well.

I reckon that particular version of the Sedgwick planer was just about the golden standard, the ones before had more plastic parts to break and the ones after had more plastic parts to break. When I saw the photo I instantly noticed the extra rollers, that's a nice modification! Although, I once caught my fingers between the timber and the rollers of an MB once and I will tell you now, it bloody hurt! Stupid mistake!

You could ask Sedgwick for an aftermarket hood, but it'll cost you a fortune. Plywood box works just as well although if the inside is shaped to throw the shavings towards the circular port rather than just an empty square box it will work much better. The top one should be held in place with the bridge guard and the one below secured either end of the table with a little lip that extends beneath each end.

If it were me, I'd take the old handle off the handwheel for the thicknesser and fit a fold away revolving handle like below, the original is a proper shin catcher and many machines have had them knocked off over the years, along with a bruised shin and swearing. The Newer Sedgwick planers actually have the wheel under the tables now. 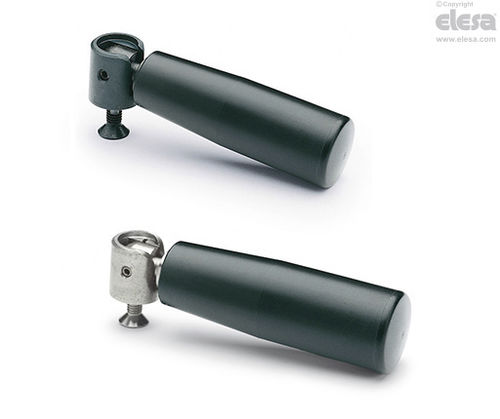 Other than that there really isn't anything much else to talk about, they just work.

My tips are you will find it too big, too noisey, too heavy, too wide, and the wrong colour. Just give it to me

Read the manual and make sure that you use the proper lubrication at the proper intervals for the various spindle and roller bushes.
Get a precision straightedge and better still a machinists dial gauge and check that everything is square / parallel / coplanar where it's supposed to be.
D

Thanks guys, she is a beaut but today while I was checking things over I came across a possible issue

The thicknessing bed only has 1 roller which seems to be positioned directly below the smooth outfeed roller. The roller in the bed was set a good couple of mill above the bed which I thought too high so I took it out to adjust, it needed a clean anyway. I ran a straightedge over the thicknesser bed and there is a definite high spot in the table just behind the roller which tapers down to nothing at the sides and back as in the quick sketch I have done. It's not much but it's there, the wood would catch it if the roller was not in. Think it will be possible for me to sand/grind/scrape this off? I haven't tried planer yet to see how bad it is as waiting for knives. A bit of googling and I see New Yorkshire Workshop had a similar problem so made a slippery base. 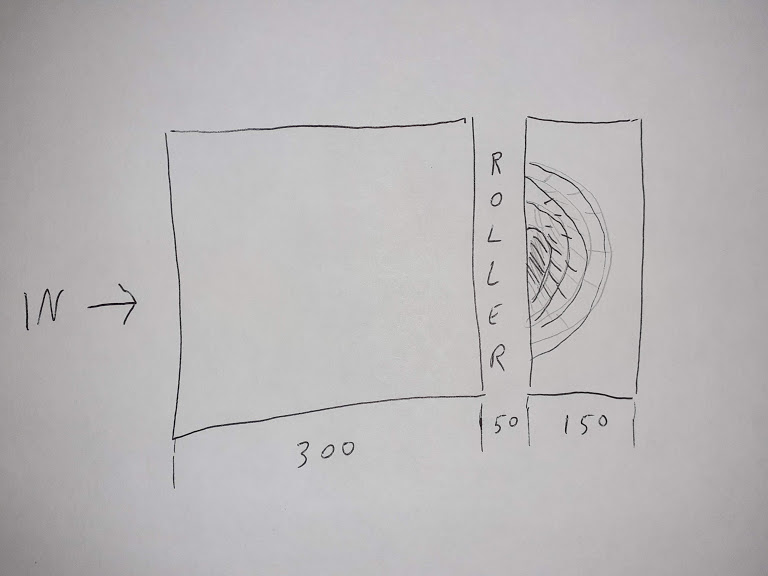 Regarding the roller how high should it be set, surely anything above the beds will cause snipe etc? Do you think it has just one roller under the outfeed roller as this is where the pressure will be?

I've never worked with an MB that had a roller in that table (Or if I did, I never took notice of it!) so I couldn't comment on that other than I don't really see the point in them particularly, as you say it would seem they would induce inaccuracy. Interesting that it's kinda localised in one spot and tapers out pretty evenly, is there some sort of fixing underneath perhaps that's warping the casting in that particular spot?
D

Trevanion said:
I've never worked with an MB that had a roller in that table (Or if I did, I never took notice of it!) so I couldn't comment on that other than I don't really see the point in them particularly, as you say it would seem they would induce inaccuracy. Interesting that it's kinda localised in one spot and tapers out pretty evenly, is there some sort of fixing underneath perhaps that's warping the casting in that particular spot?
Click to expand...

There is no obvious fixing under the high spot, the smaller rear table is just carried by it's edges from the larger part of the table. I did wonder if the extended rollers that had been fitted had anything to do with it, maybe the extra length would increase the turning force/load on the table if large pieces of wood were not properly supported as they came out?

Is it possible to knock of the high spot if needed? in my mind it's behind the cutter block and all the rollers so even if it was slightly low it wouldn't cause as many problems as being high?
You must log in or register to reply here.
Share:
Facebook Twitter Reddit Pinterest Tumblr WhatsApp Email Link