Few things regarding Record no.5

Hi, I recently got a vintage Record no5 plane(pre 1960s) and two things feel weird.
1. The lever cap. The part that presses against the blade is much thicker and it just feels wrong.
2. The frog. When the front part is aligned the back of the frog is sticking out a bit(3-4mm), makes me wonder if the frog is from a different plane.
any thoughts?

All looks normal to me, The lever cap will differ between manufacturers and some will be thicker than others, most were hand ground so they're not going to be spot on every time anyway.

The frog is adjustable and where those threaded holes are in the back of the frog there should've been a screw adjuster and a plate to adjust it back and forth easily. 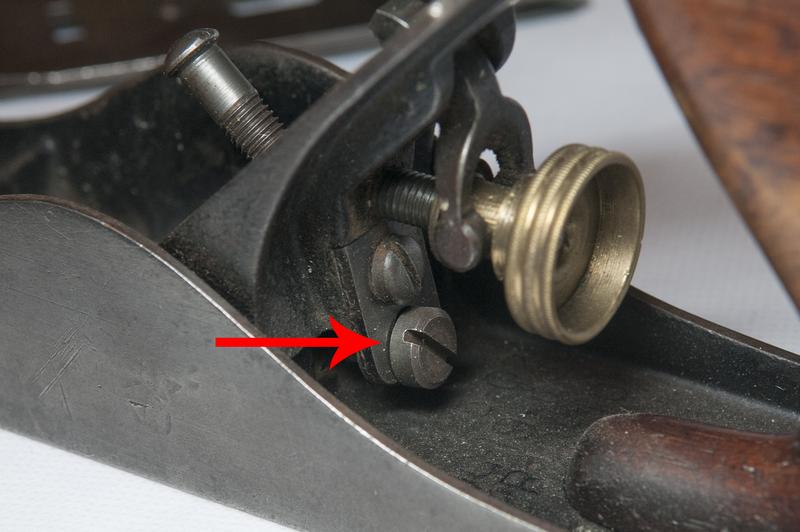 This is no.4 1/2 record, when the front of the frog is aligned the back sits flush, I'm just curious is this specific to no5 plane? I have mild OCD so its bugging me.

If you've identified the plane as being pre-1960, you'll no doubt be aware that the detail design of many of the parts did change, in some cases many times, during the full production life of Record (and pretty well every other maker's) planes. It's not impossible that the plane is made up from bits of different years of manufacture; indeed, there is some evidence that plane makers even did this themselves on occasion, using up previously manufactured parts!

The important point, if you want the plane as a worker rather than as a collector's item, is whether the whole thing works. Does the frog bed nicely on the sole casting, or does it rock? (Try with the frog screws loose.) If it beds nicely, and the blade and cap-iron assembly can be properly set in it and adjusted for depth of cut correctly, then don't fuss about it, just use it.

Likewise with the lever cap. If it does what it's supposed to do, with the screw it latches over having enough threads engaged in the frog casting (engagement to about the same depth as the screw's diameter), then just use it.