Experiences with the Metabo TS 254 M?

Hi all, I was wondering if anyone had any experiences yet with the new Metabo TS 254 M.

I was doing some research comparing it to the Bosch GTS 635-216 and DeWalt DWE7485, and from what I could find the TS 254 M looks really favorable, especially with a mitre gauge that you can adjust to eliminate play and a pretty good fence.

But I haven't seen any actual user reviews and haven't been able to see one in person near me either. Maybe someone here has actually used it and could say if it's as good as it seems from the specs/videos?

Found the first video with an actual review of the saw itself. Have to say it looks really good, it really seems like it's better than the Bosch.

Maybe a bit odd answering my own topic, but I actually ended up buying the Metabo saw. 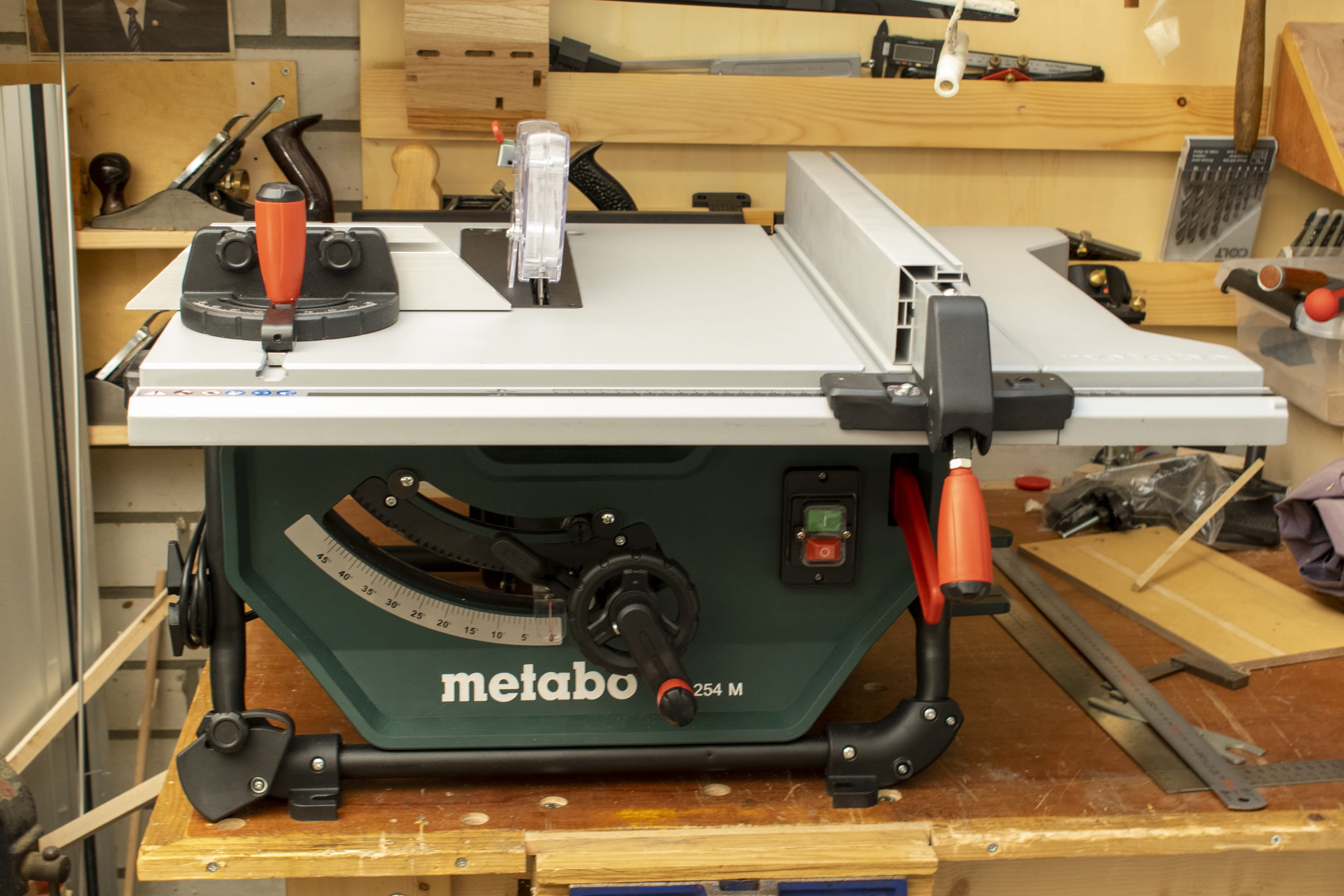 Since there isn't too much info about it out there yet, I though it might be helpful to some people to post a few experiences.

Overall, I'm quite pleased with it. It's got its limitations due to the fact that it's ultimately still a builder's saw and not a highly precise machine. That said, it's still reasonably accurate and most cuts have been very straight and surprisingly smooth.

The miter gauge actually has adjustable some blocks to eliminate any play, which I didn't see on other machines in this price range. It was slightly out of square but with some DIY duct tape fix behind the aluminum extrusion I could get it pretty close to 90 degrees. 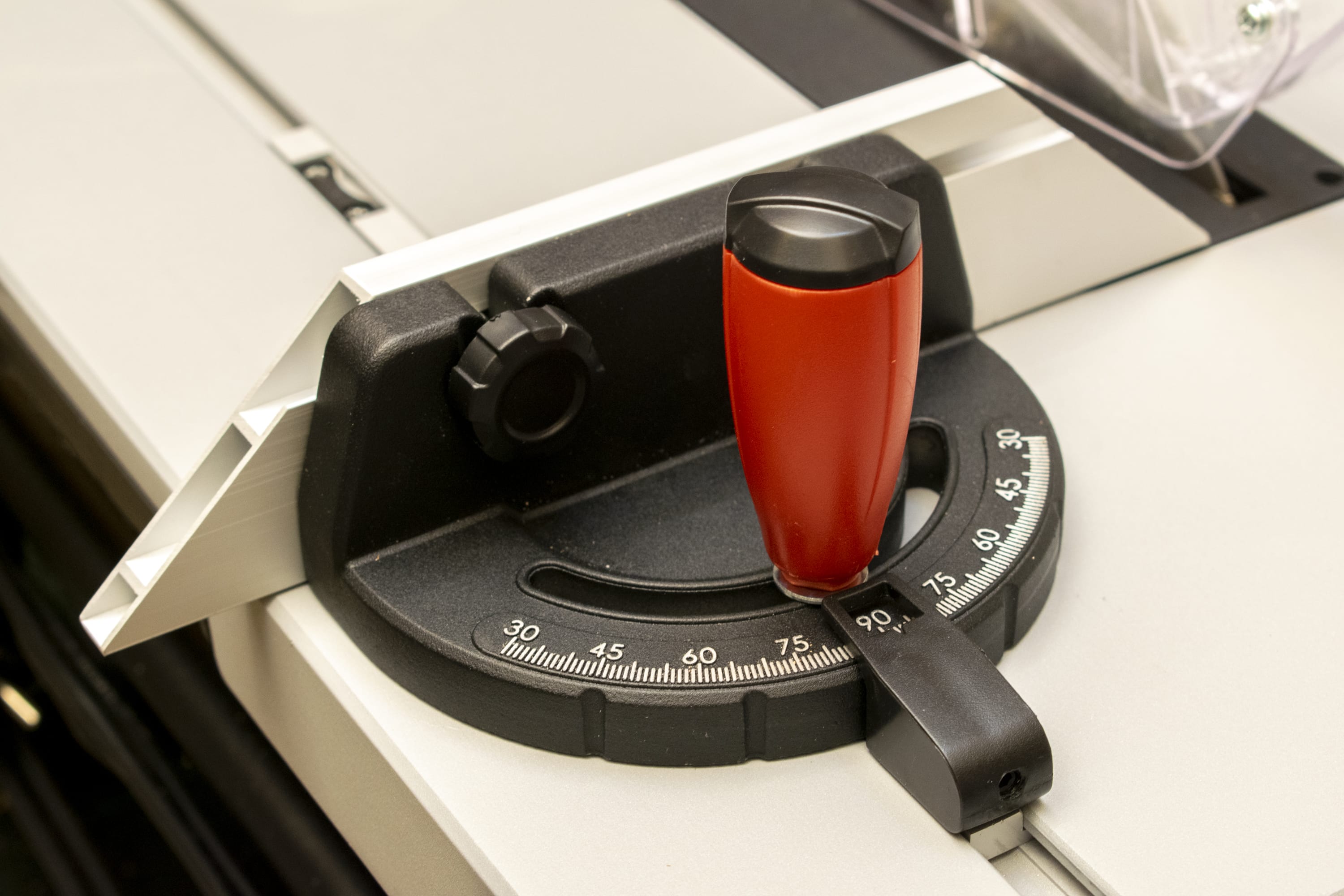 The fence is quite solid and has a removable side fence that can be used in a low and high position to help with thin pieces. You can also use it as a stop for crosscuts, which is a feature I use quite often. The fence does not always 'pull' itself in a perfectly parallel position when you lock it, so you have to check that a bit, but in practice it wasn't too much of a problem. 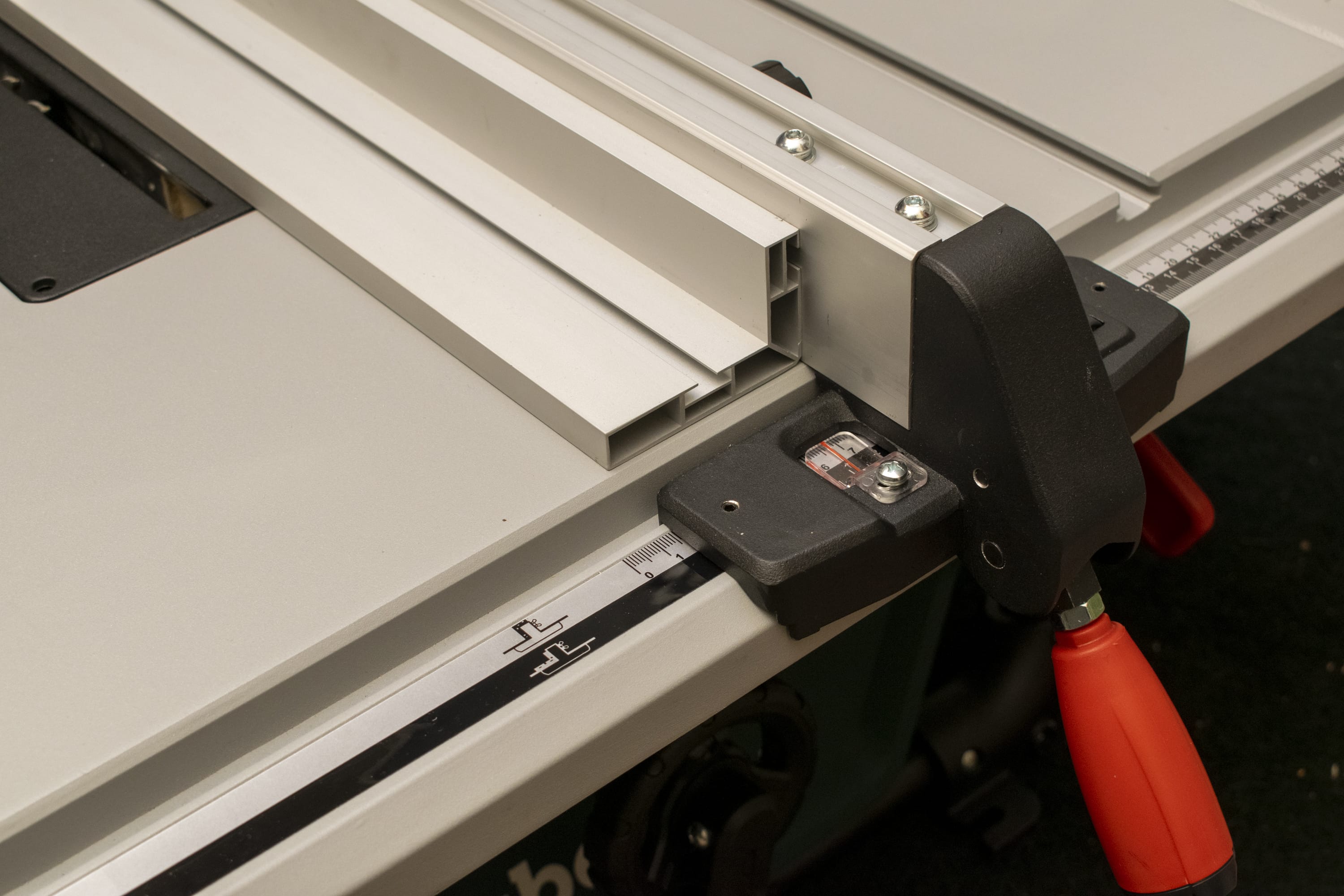 I haven't owned any saws in this price range (I paid ~£330), but I was pleasantly surprised by its overall quality. For this price it's quite good, and I think better than previous saws at this price point (e.g. Bosch PTS 10). If you're looking for absolutely dead-on accuracy, particularly with the miter gauge, this might not be the best saw, but it's definitely usable for woodworking, not just for the building site.

(I've also written a longer review about the TS 254 M with some more images and videos, if anyone's interested)

If anyone else is also looking at this specific table saw, I've just made a video review of it. Since there were no videos about it at all on Youtube, thought it might be helpful to have a video showing both the positive and negative things about it. First time producing a video, so any feedback is much appreciated!

Does it have an induction motor?

Jameshow said:
Does it have an induction motor?

I think it has a universal motor, like most portable table saws. It's quite loud as well. But it does have soft start and the motor break works fast and stops the blade quickly.
P

Thanks for sharing the video.

I think this maybe the machine they have on the shop floor at a place local to us although when I walked past and had a “fiddle” the fence seemed to have more movement in it than yours which I put down to it just being quickly and simply set up for display.

The mitre gauge wasn’t on show but I do like the adjustment feature you highlight.

Puggers said:
Thanks for sharing the video.

I think this maybe the machine they have on the shop floor at a place local to us although when I walked past and had a “fiddle” the fence seemed to have more movement in it than yours which I put down to it just being quickly and simply set up for display.

The mitre gauge wasn’t on show but I do like the adjustment feature you highlight.
Click to expand...

The fence is a weak point of the saw, but you can adjust the tension of the clamp to some extent. So although it will still not be guaranteed parallel, it would probably be possible to tune the fence you saw on the shop floor.
You must log in or register to reply here.
Share:
Facebook Twitter Reddit Pinterest Tumblr WhatsApp Email Link