drilling round mortise in round tapered leg

I am making a new desk at the moment with turned tapered legs. 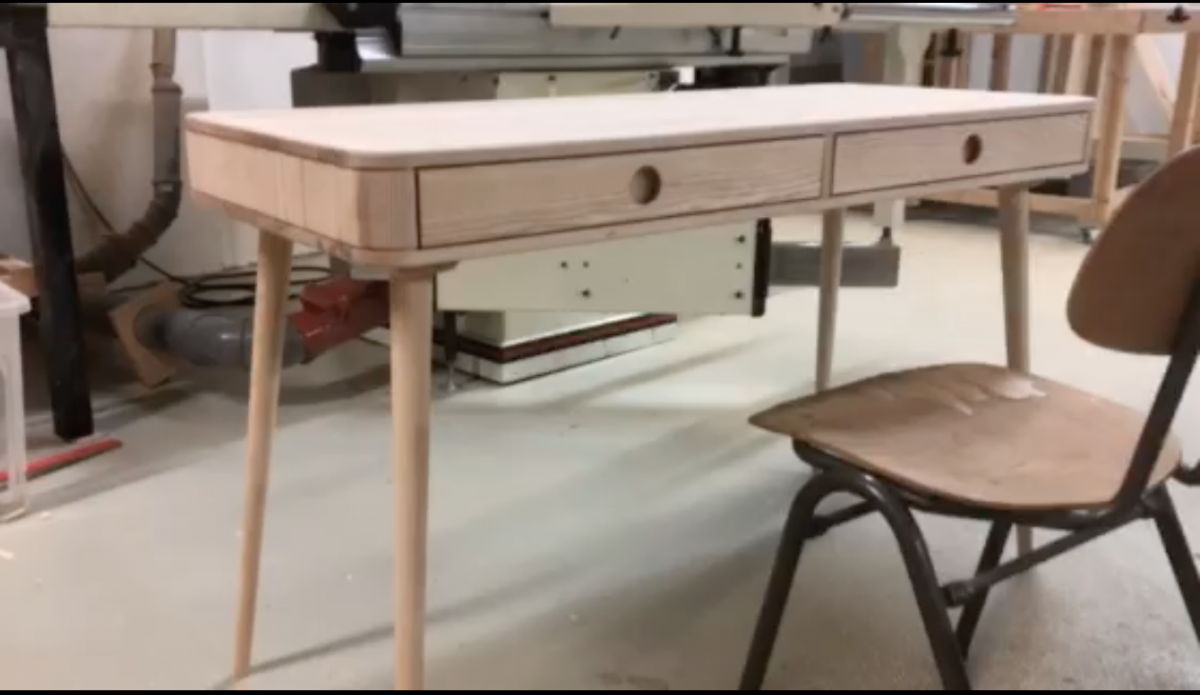 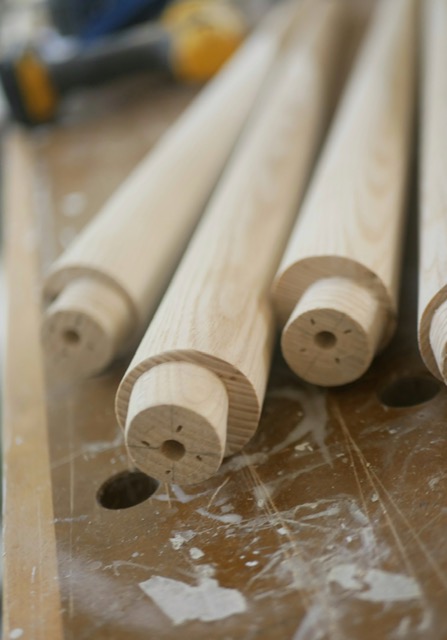 the tenons fit in to a the corresponding hole drilled in to the two battens. 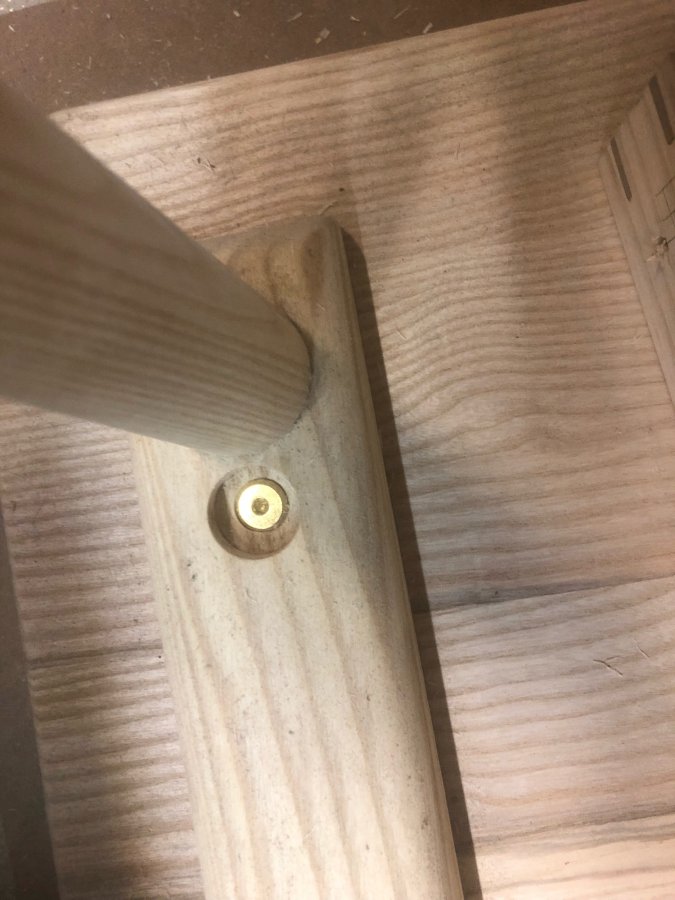 The battens are attached with two threaded inserts with enough room to allow the bottom section of desk to expand and contract.
On my original run I attached everything with no stretchers and flipped the desk over. There was quite a bit of wobble.
First of all the legs were quite thin so there was some flex/ bend and second of all the batten was only attached at one point in the middle at each end which cause a bit of movement at that point.

I have since turned some new ash legs which are thicker which should limit any flex andbending of the wood. the original ones were to thin from a aesthetic veiw point anyway.

The next battens I will make will include two bolts at either side on both end to eliminate any movement there
something like this. 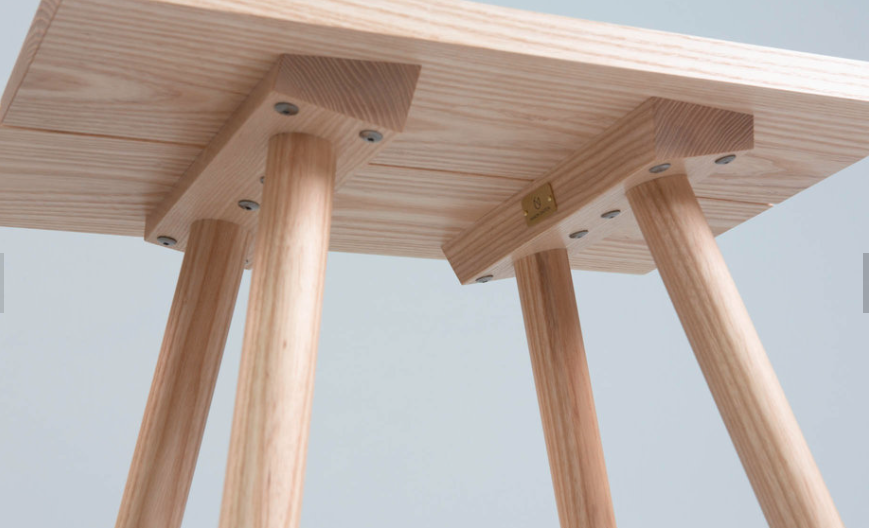 I am also thinking about adding a stretcher between both legs like this. 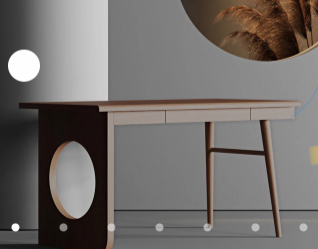 I made a 30 mm dowel to match the corresponding stretcher mortises which I will drill out at the drill press.

theoretically I would need to just drill two perfectly parallel holes at the correct angle to glue the dowel in to but since the legs are both tapered and at an angle I’m having a hard time figuring out how to do this.

Assuming I would have to tilt the drill press table to the same angle of the legs and then drill the same point on each leg with the forester bit?

having a hard time finding any information about this on the net? would any of you guys have any tips.
H

I use a shop made angle jig for the drill press, as is shown in this article: Splayed Stool - Australian Wood Review
N

I've had several goes at making chairs and find it best to adopt a pragmatic approach. This would be to dry fix the legs in position and clamp a flat batten across where the stretcher is to go. This will give you the angle to tilt the bed of the pillar drill. You might also need to hold the leg at a slight angle across the bed of the dill, to get the true angle . The late Jack Hills book Country Chair Making is a good source of information, when it comes to drilling mortises in legs and at compound angles in seats

Looking at the tenon at the top of the legs in your picture, it is at an angle and off-set , I presume this allows you to drill the mortises perpendicular to the underside of the table. It might be better to drill sloping holes to the underside of the table instead.
Keeping things simple will give you a better chance at drilling out and fitting the stretcher
Last edited: 24 Jun 2022
W

Your description of how it could be done seems fine, should be straight forward making a template to get the angle correct . Maybe a flat bit would be better so the centre spike enters first ( I often grind the spike shorter in situations like this) . Forstner bit would touch edge first, which should be ok ok if everything is well clamped but a chance of wondering. Maybe diam of stretcher could be less than 30 and maybe tapered from the centre so then a much smaller hole is required.. and maybe tapered would match the tapered leg style
R

Thanks everyone thats some really good advice and that article @HOJ you provided is most helpful.
I will dry fit the legs in to their battens and flip the desk over on to a flat piece of mdf and clamp a bit of wood across like you suggested to find the angle. the cradle jig in the article seems like a good way to go.

the tenons were routed with a jig which produced the desired angle. not sure why I went this route instead of sloping the battens but it seems to work well.

thanks again guys will let you know how I get on and off course any other tips are welcome.

reck123 said:
the tenons were routed with a jig which produced the desired angle
Click to expand...

I would be interested to see this method, could you elaborate on your method or post a picture of the jig, I've got a chair in for repair which has a similar round, offset, angled tenon, to the back hoop, that locates in the seat.
H 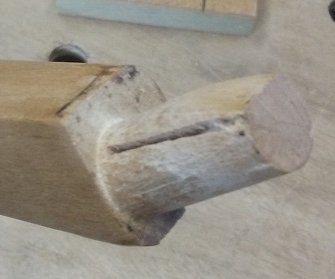 it's quite a simple jig and not my idea.

so basically it is two pieces of scrap screwed/glued at a right angle on the top. I screwed a circle cut out for my router copy ring to follow. the leg is clamped in position below and the router rides the circle and cuts the tenon. 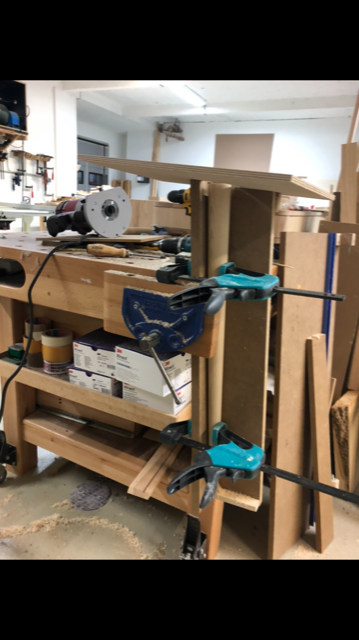 the circle top of the jig has been cut at and angle which results in the desired angle of our leg. it takes a bit of time getting the circle centered above the leg in my first run they were quite offset but that doesn't really matter to much in my case.

I hope that makes some sense. I would happy to elaborate more if it doesn't
W

Quite a coincidence this ..I recently made ash legs looking so similar … 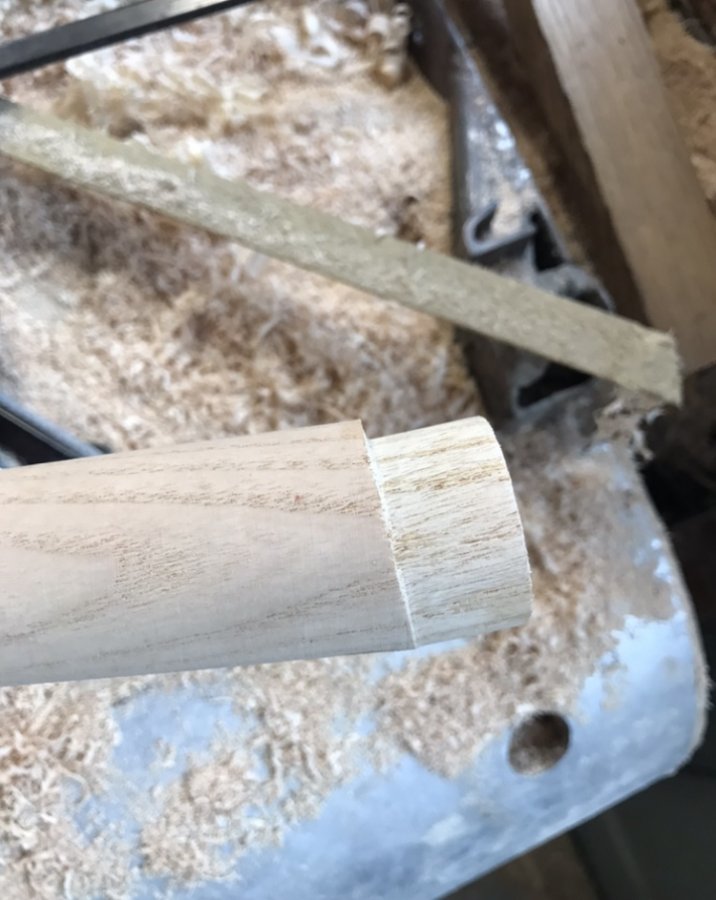 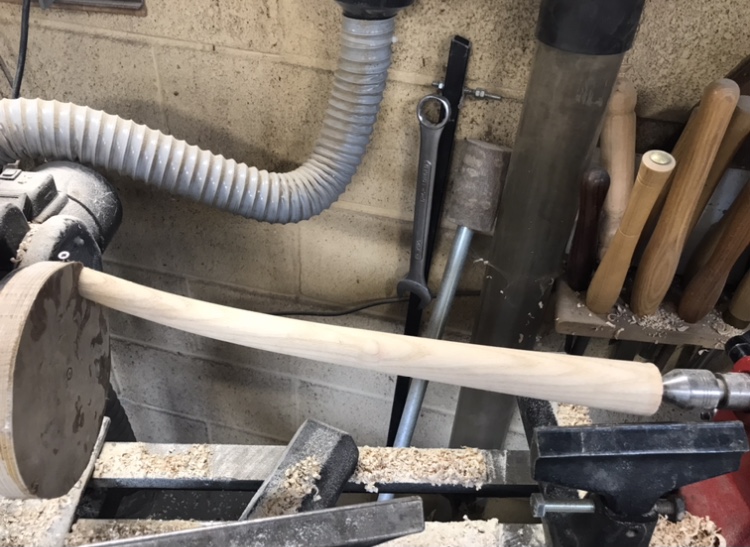