Had a request from the wife for a new side table for the lounge, and so started looking for inspiration. After flicking through google image search i had a preference for tapered and splayed legs as a way of stopping it looking like a plank on legs.
I hadn't made something with splayed and tapered legs before and so thought knocking up a quick prototype out of some pine offcuts would give me a chance to get my head around the angles and what amount of splay would look right. 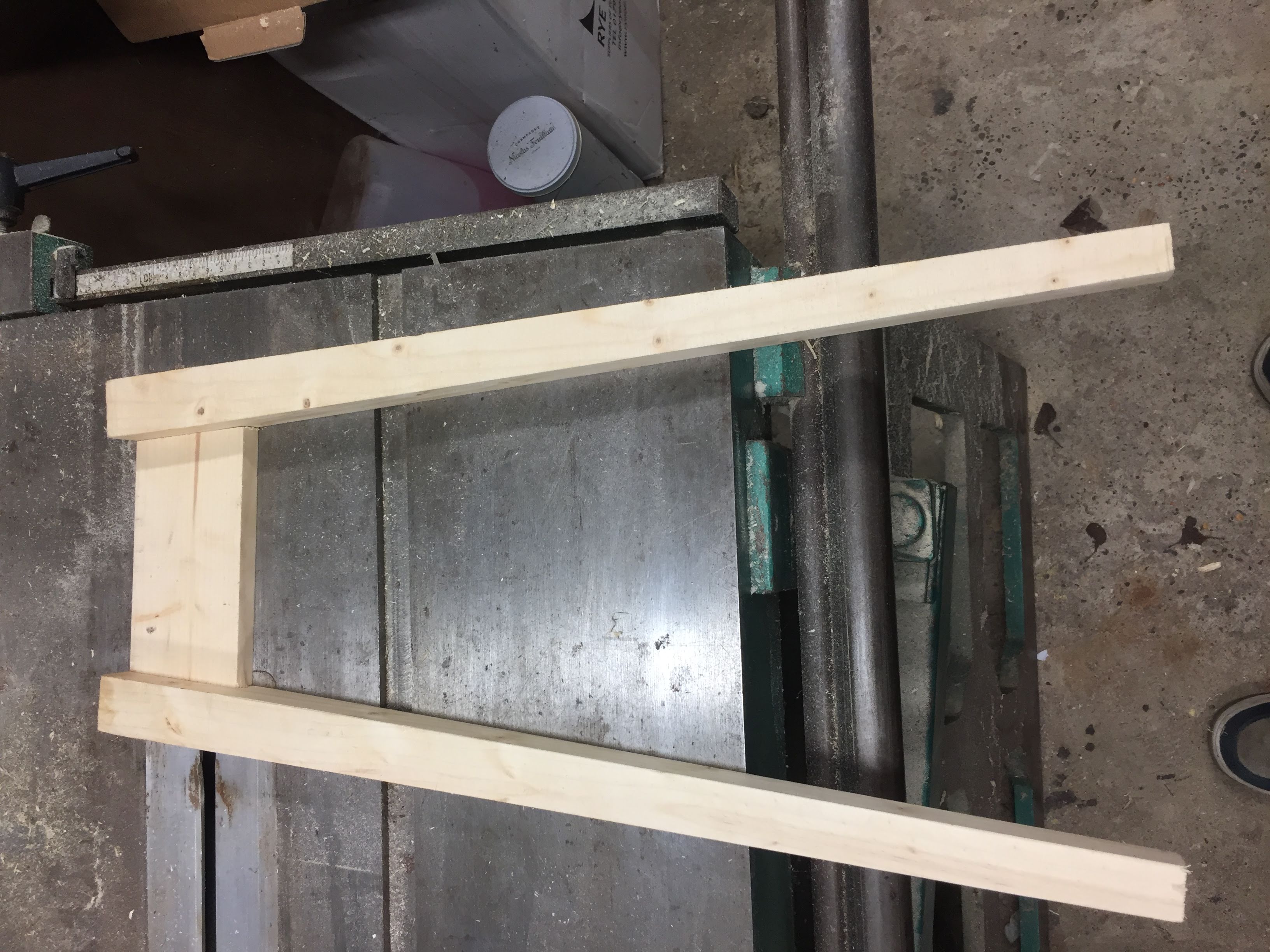 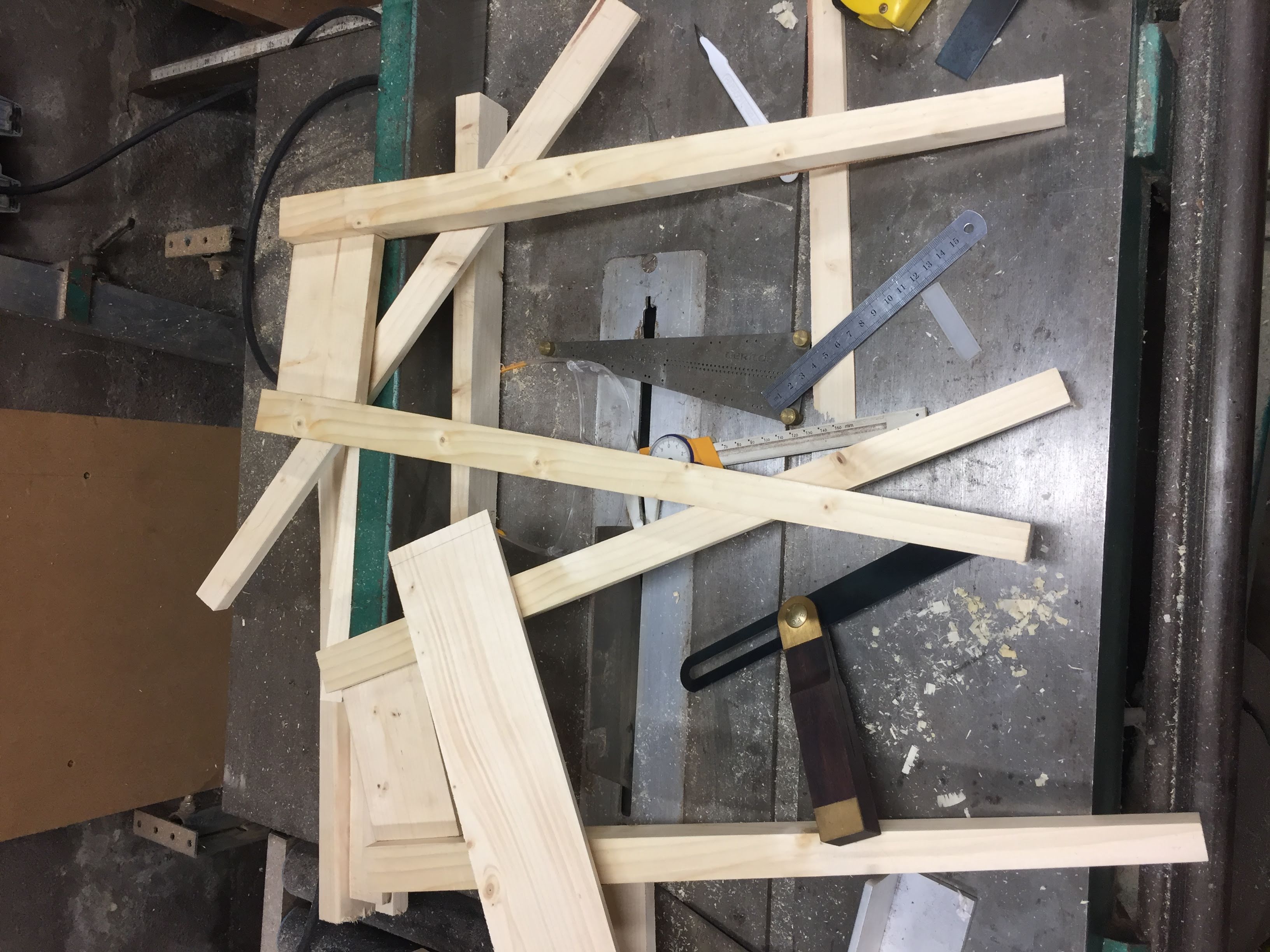 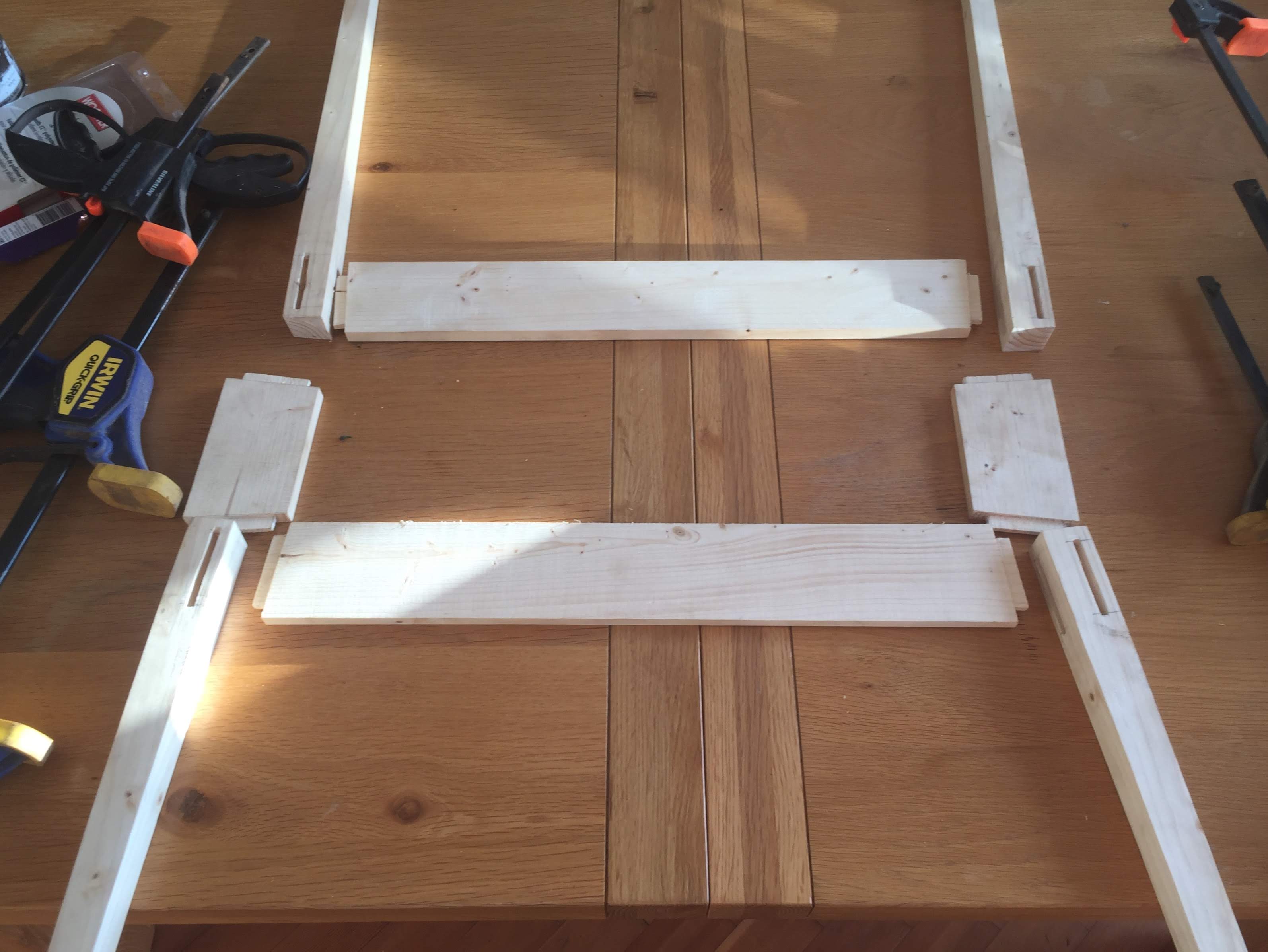 clamping everything up was a little fraught, in retrospect i'd have done it in stages rather than big banging it all together 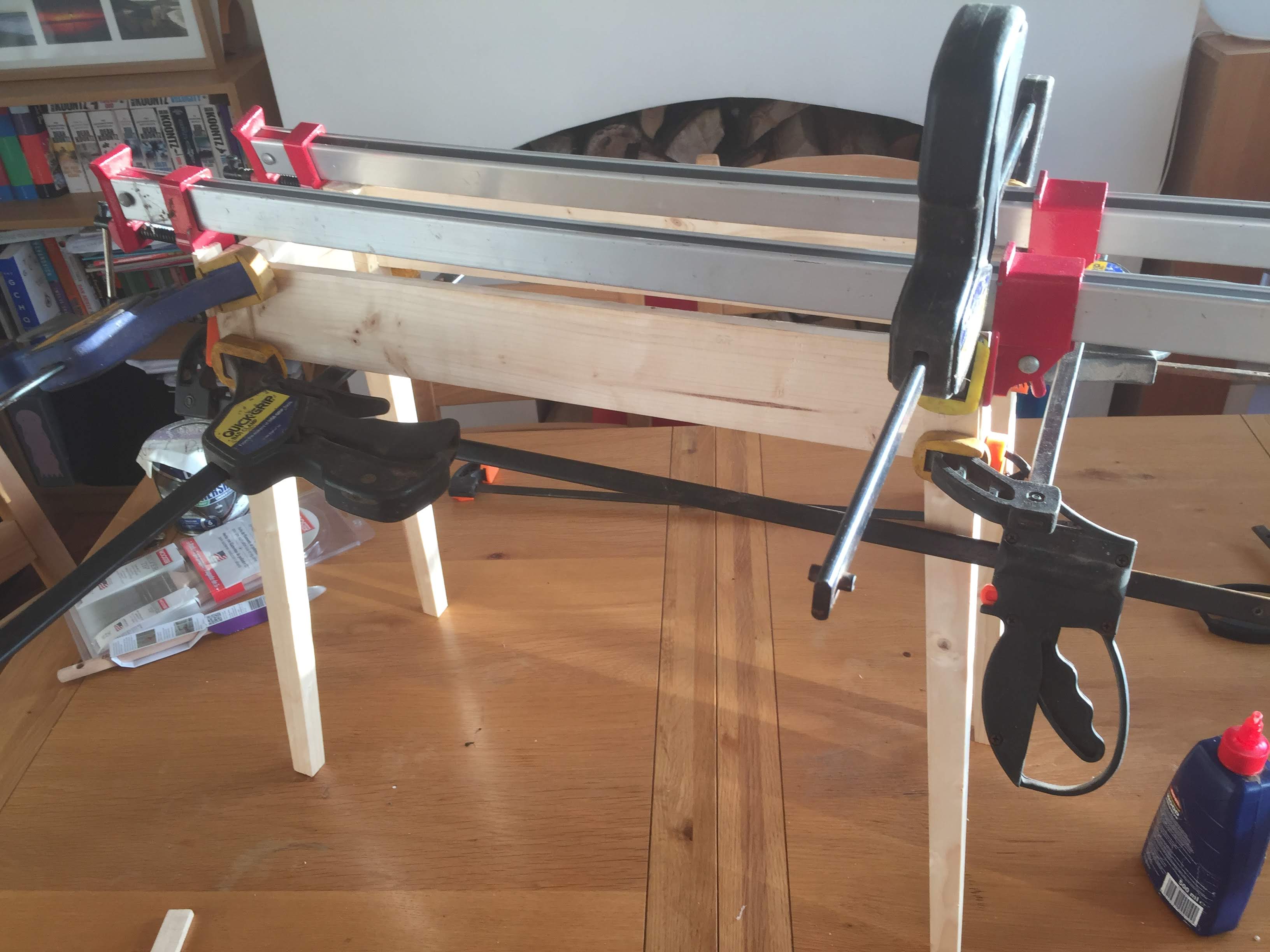 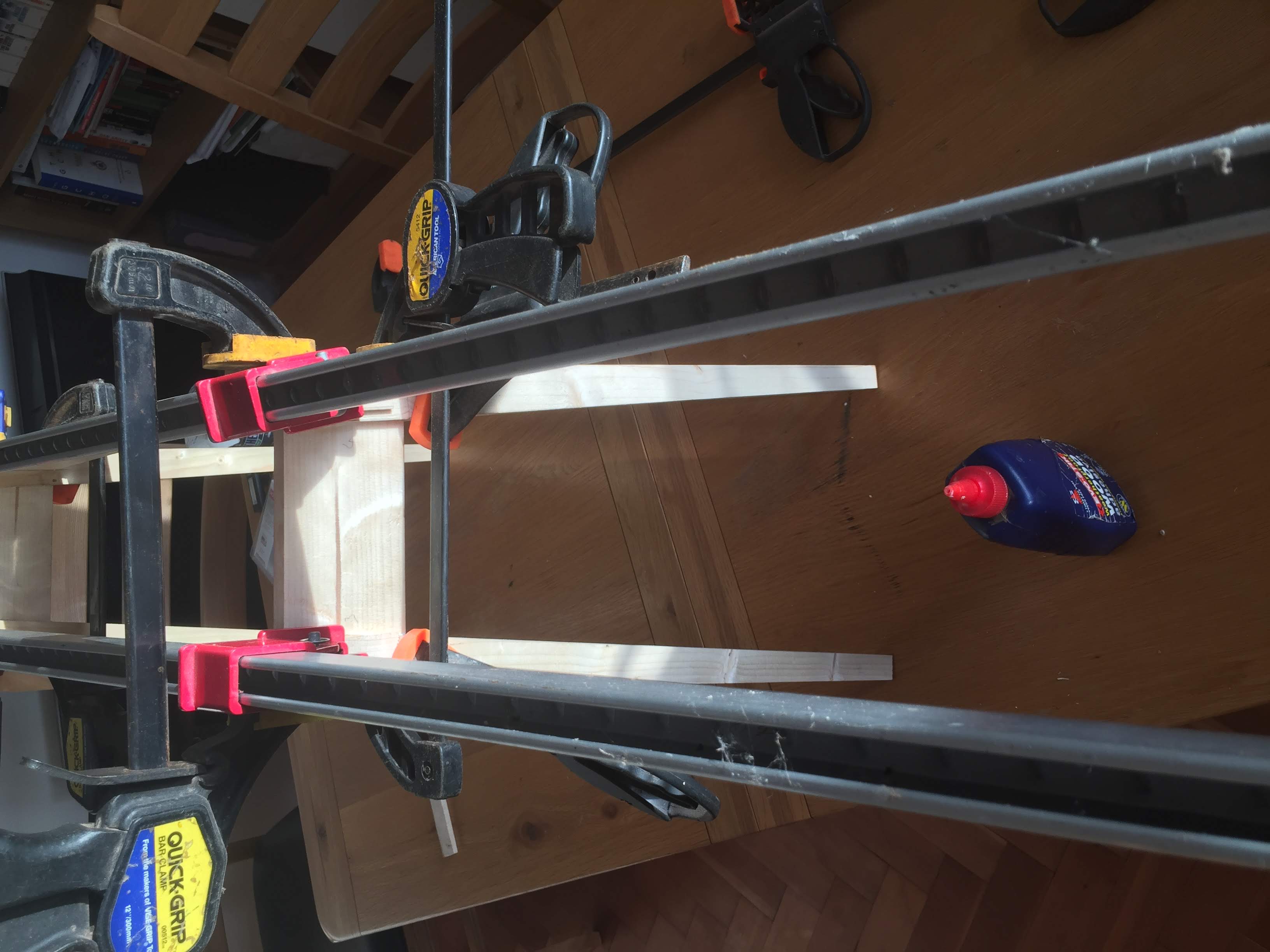 Once dried, i planed the paint off an old shelf that a neighbour was throwing out and put it on top so i could get offer it up for judgement 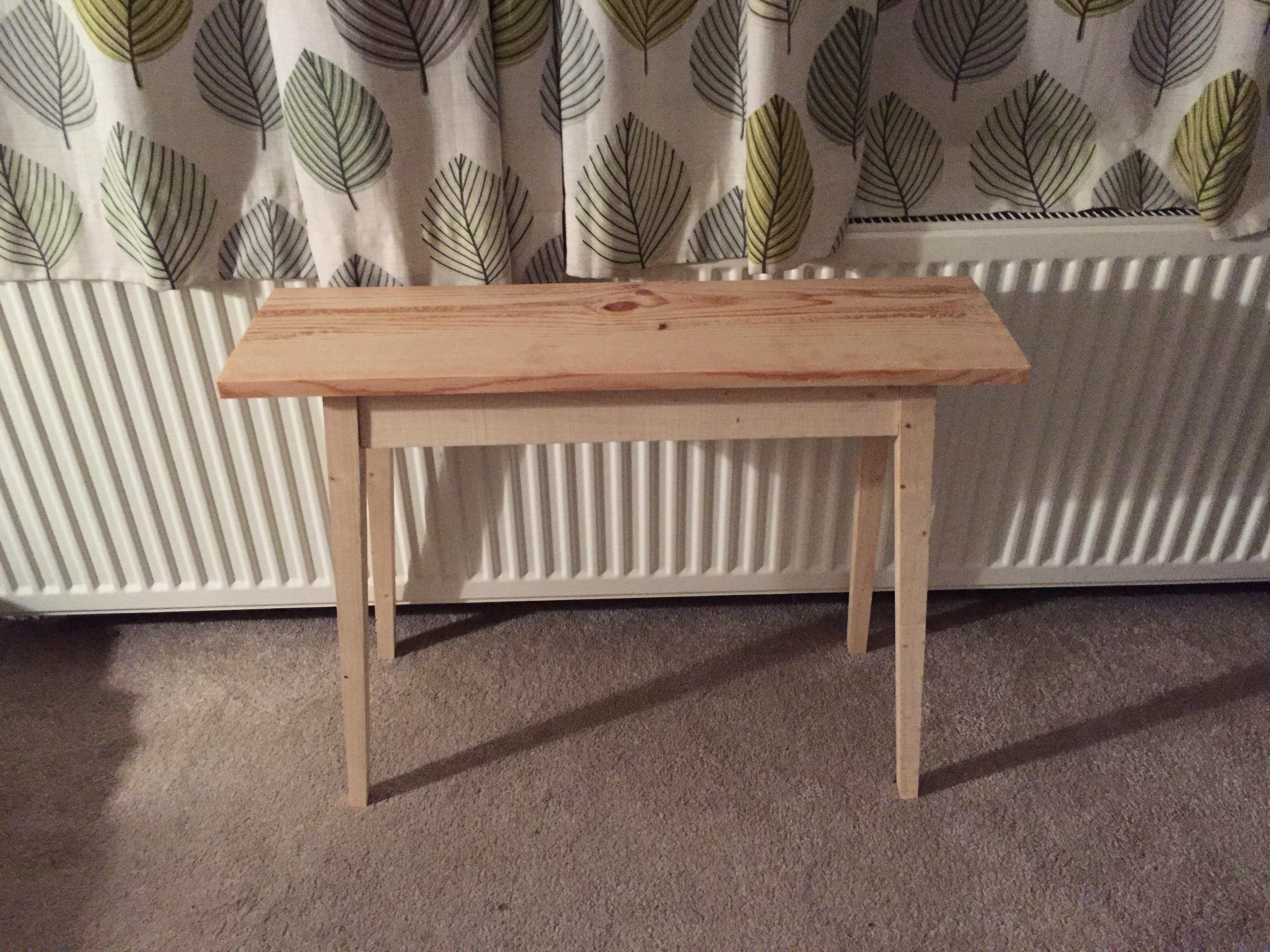 Happily it passed muster, so far everything was going well....

I'd picked out a nice piece of elm for the final piece and was putting together the cut list, when the wife came to see. After a pause she decided that the elm might be too dark and she was thinking it would be a lighter wood. We already had an Ash table in the lounge and i had another piece, but only big enough for the top or the frame but not both.

Rather than mix and match the wood, the solution was to use the ash for the top and then reuse the prototype frame, but painted to cover that it's just cheapo pine.

The ash planed up relatively nicely (or so i thought) but when it came to edge jointing it i should have taken a bit more time.... When i took it out of the clamps and planed it flush the glue line was way too obvious. Seemed like moving it from the garage to the house also caused it to move a bit.
Looked ok in the garage... 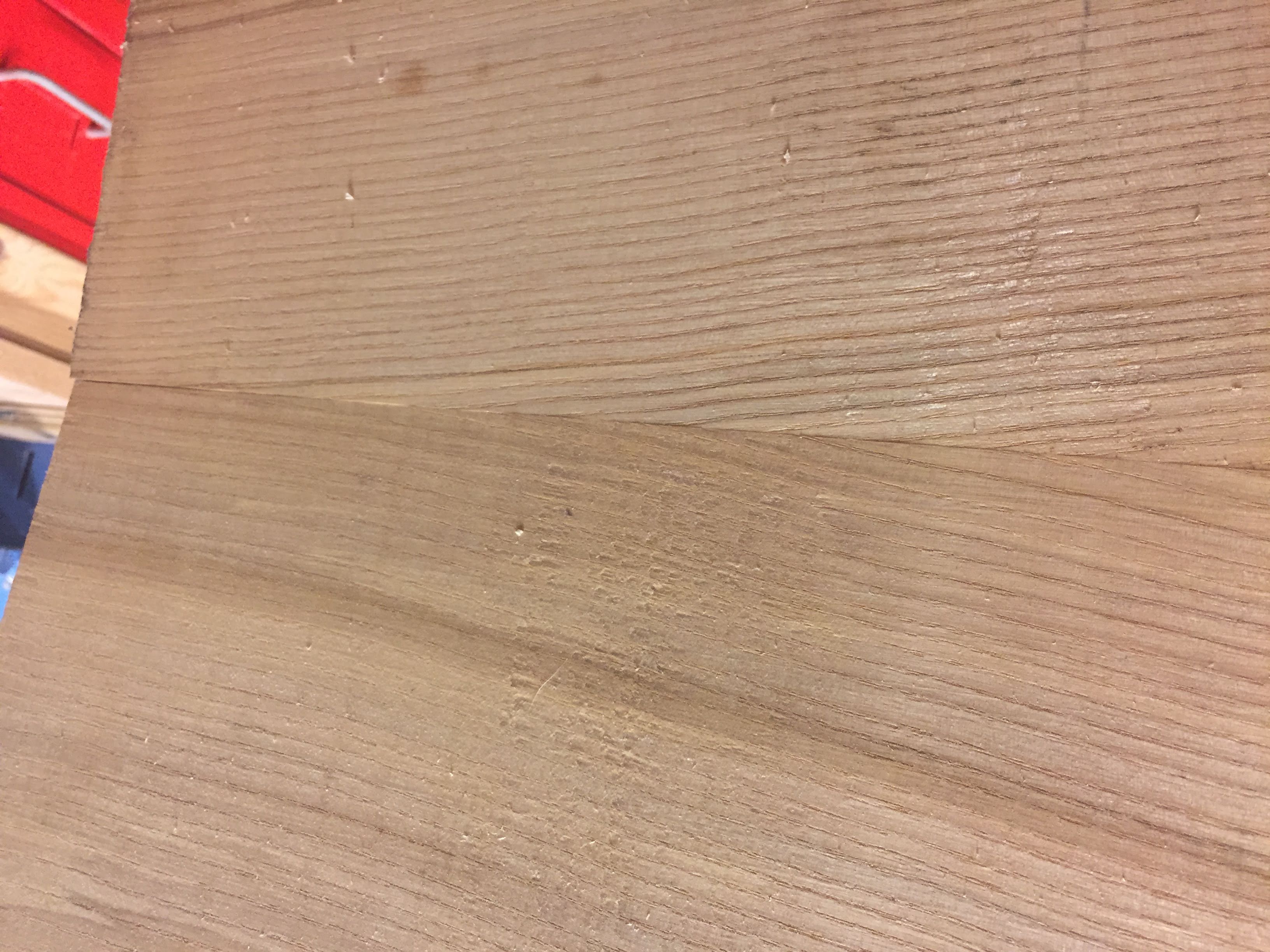 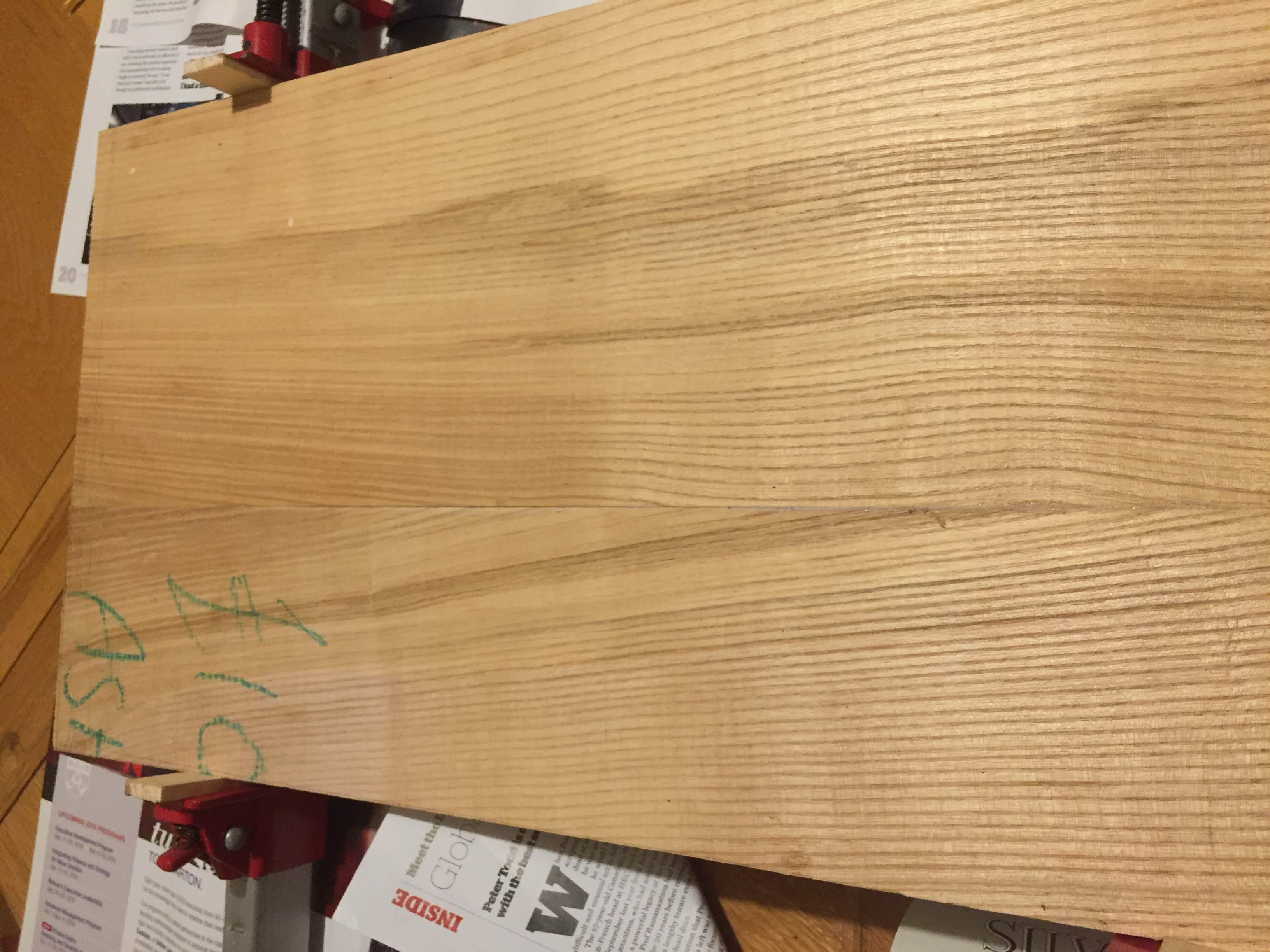 Not being happy it got run through the table saw, and the edges replaned, taking the time with a no.7 to get both edges true and square. Then back in the clamps, everything seemed to go to plan.

Skimming over the underside with the plane to clean it up 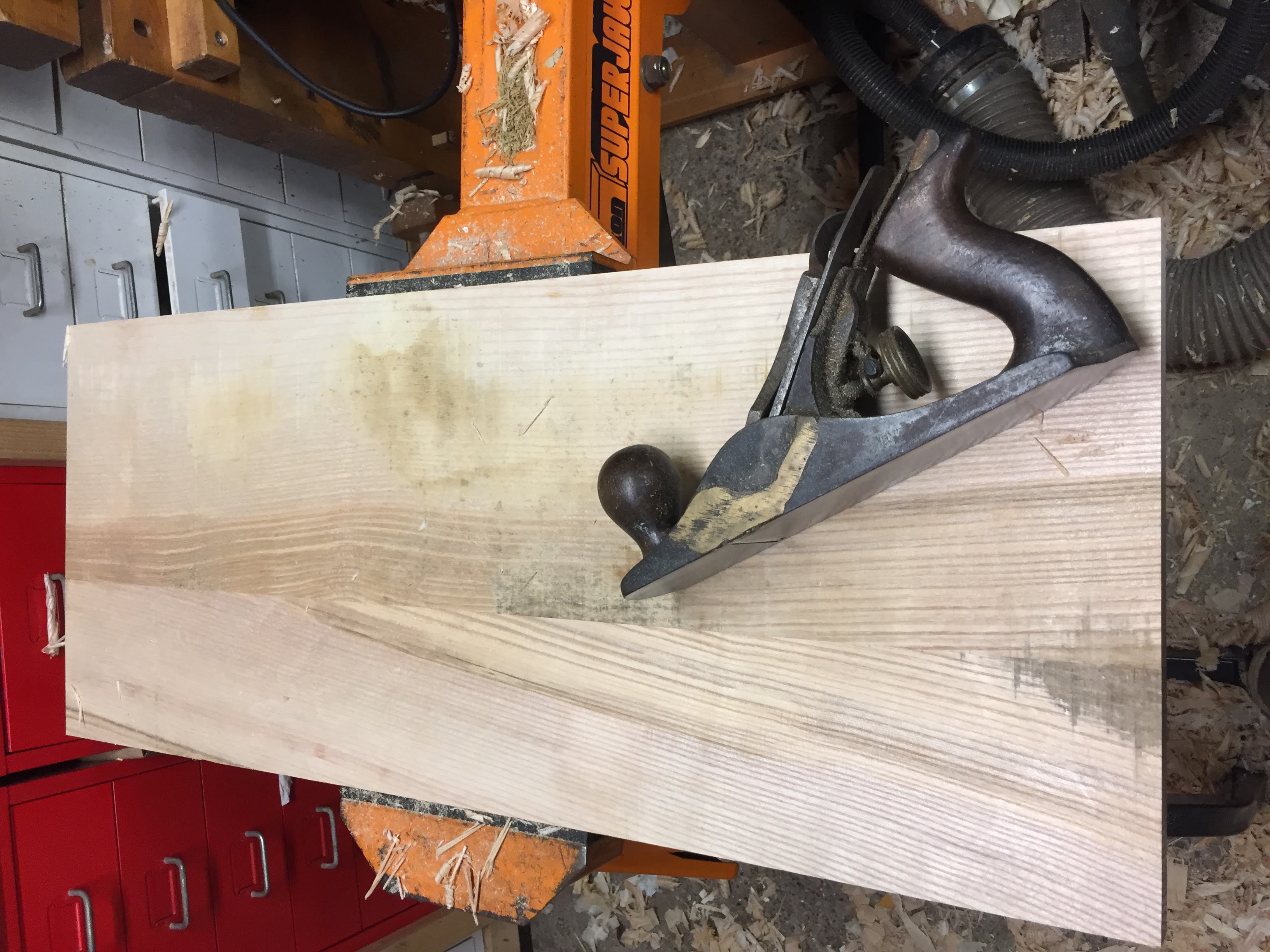 second time's a charm, happier with this glue line 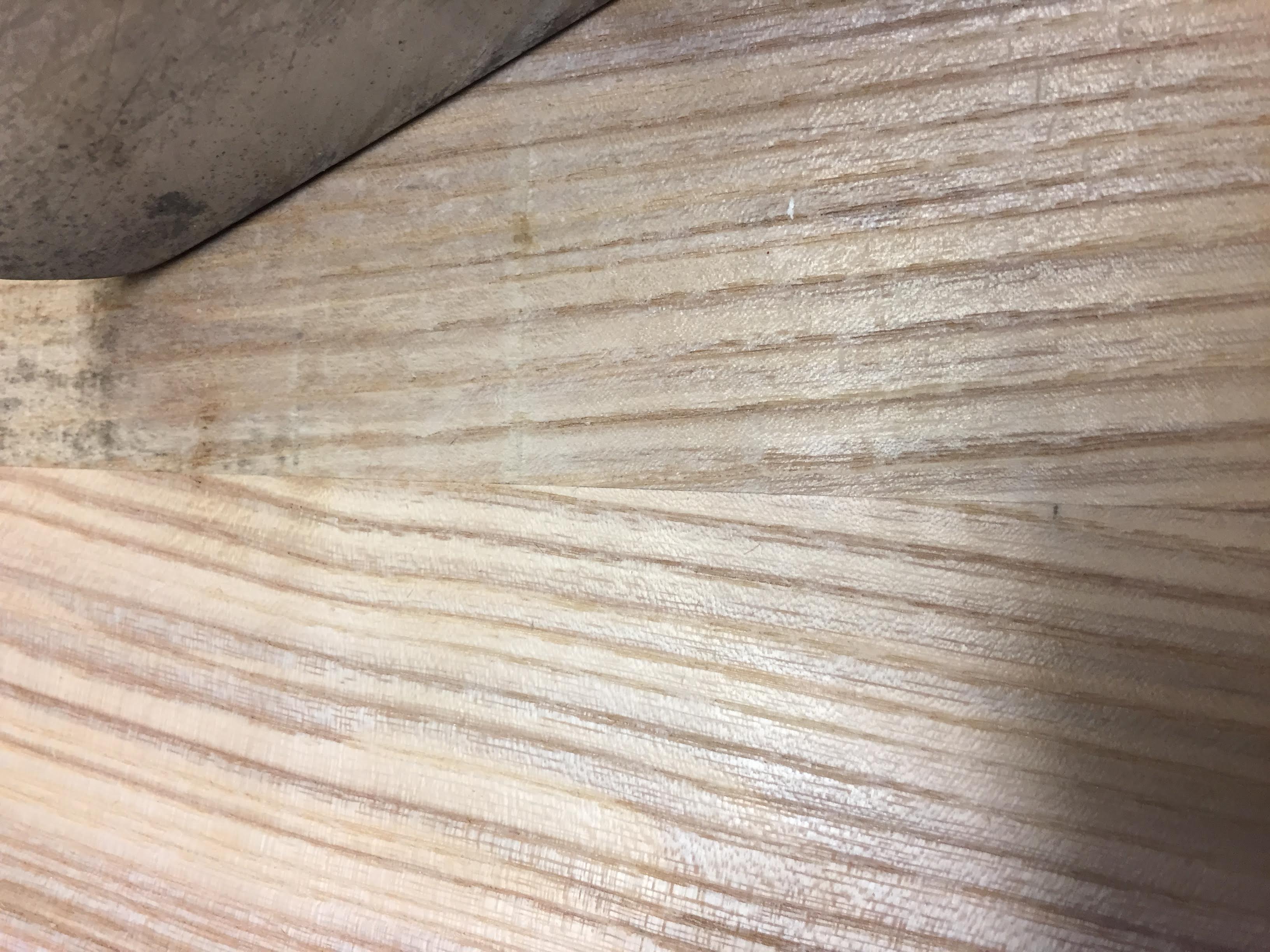 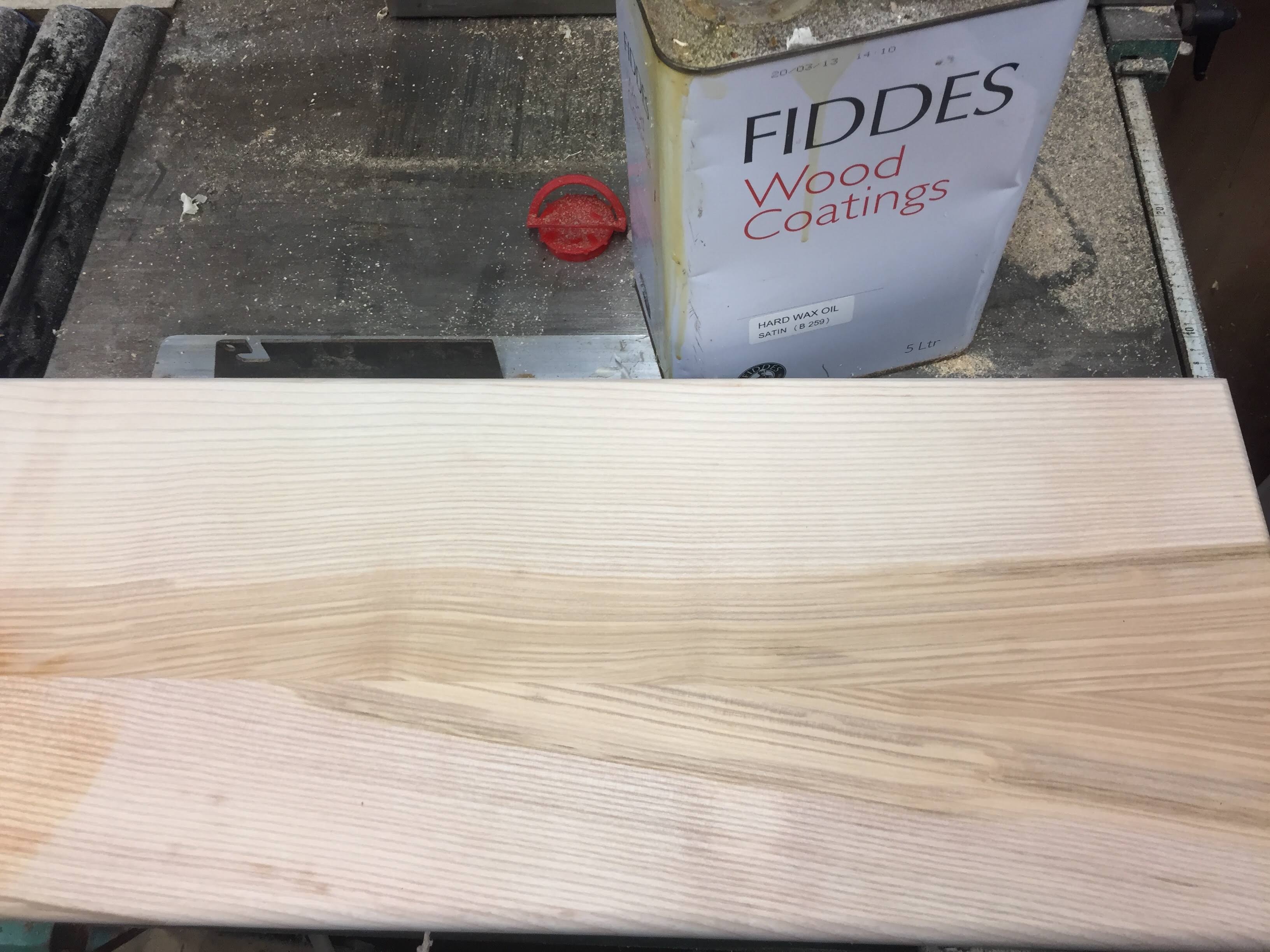 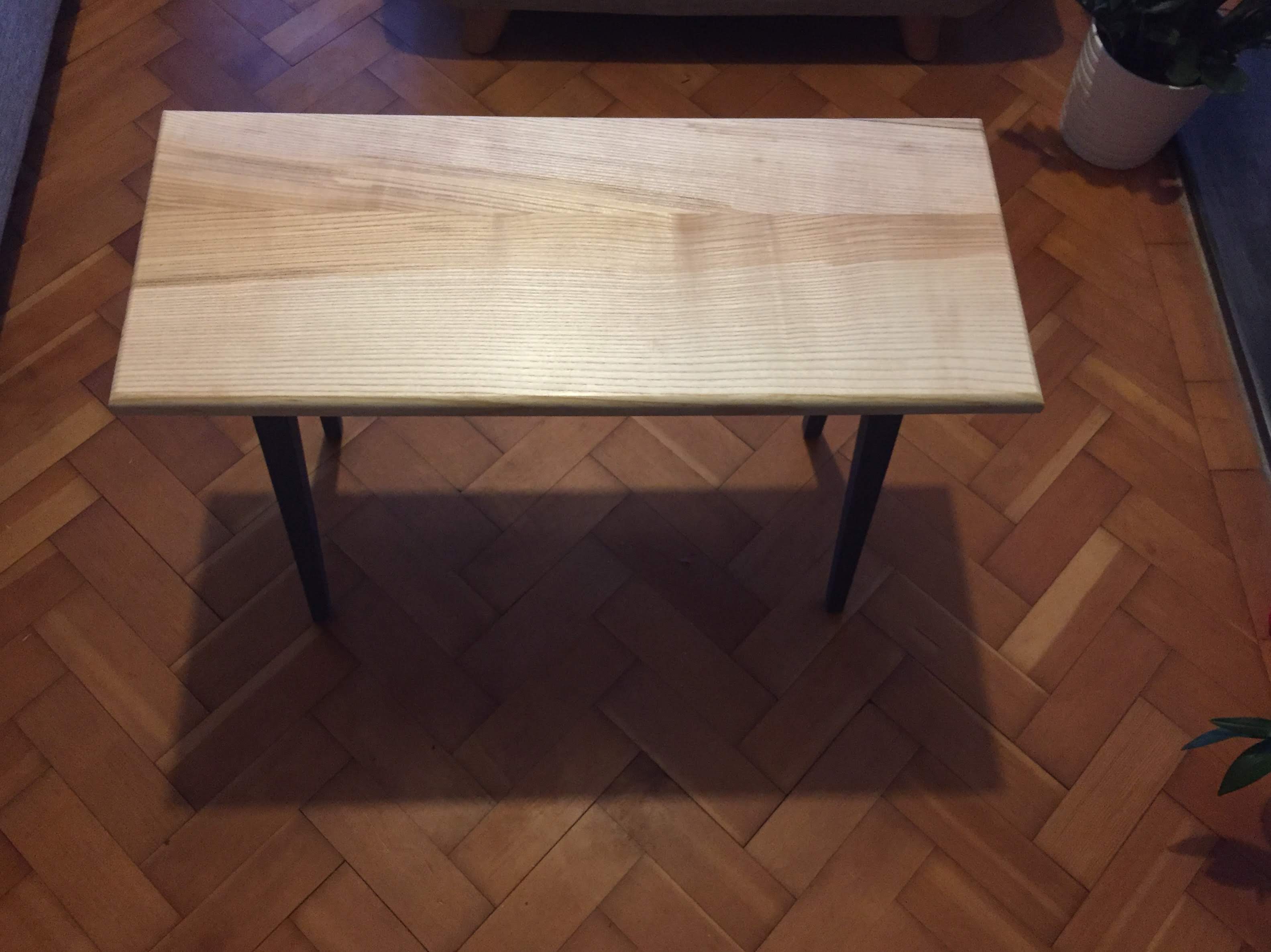 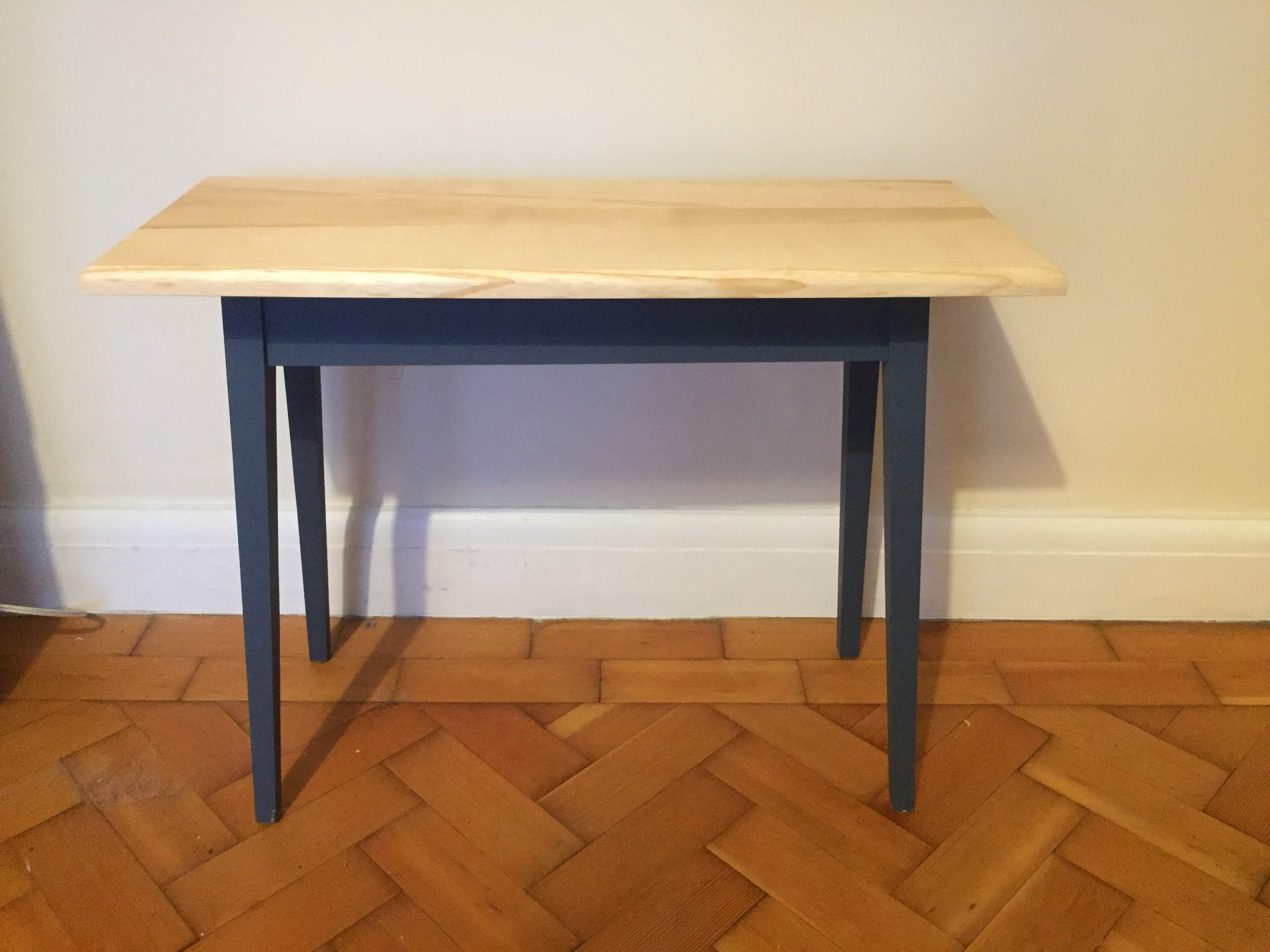 Given that it's half prototype made of scrappy pine, and a top made from a piece of ash that didn't really lend itself to gluing up for the top very well, it's turned out ok.

Farrow and ball paint is pain to use though, a sample pot did the whole table but it needed 3 coats (after 2 coats of primer) to get an even finish.

That’s really nice. There seems to be a bit of a fashion now for painted frame with natural wood tops which I like. I’ve refurbished an old Welsh dresser like this, painting white everything other than the top which I sanded back and waxed.
T

Cheers, I don’t know what I’d think of having the legs painted but it grew on me, and now I think it suits it

G
Leg splay or not to splay?