Doesn’t have to be a carbon-copy, but not straying too far from the
overall dimensions, materials used and joinery typical of the period would be nice.
At first glance, nothing special, I’ve made similar things before.
Then I saw the pull-out desktop and considered how I would go about making it.
The central part should be slightly lower for the baize/ oilcloth, but what about the rest? 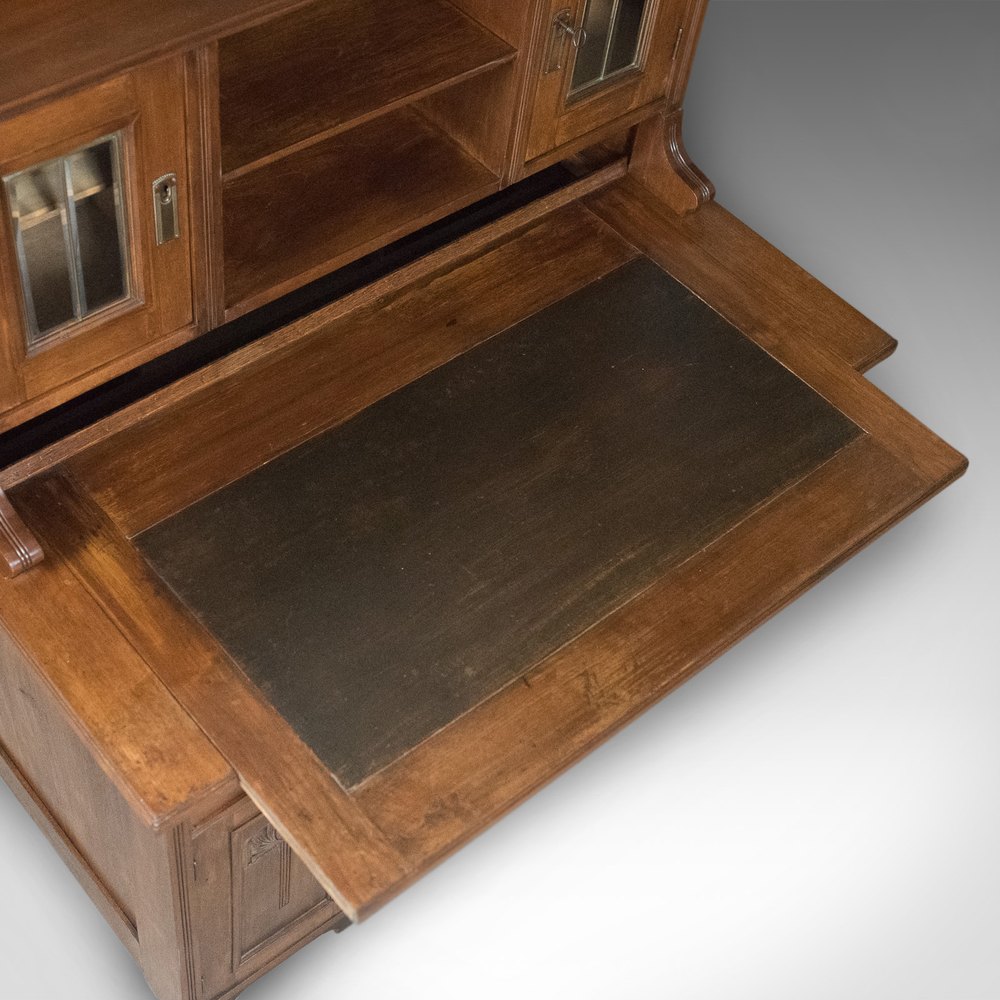 a) Should it be a breadboard end panel, with the front tenon glued, so expansion is directed towards the back?
b) An ordinary M&T frame with a plywood panel (as plywood was in use in early 20th century)?
c) A veneered desktop, an imitation of rails and stiles (or miters even) as is often found on similar Continental pieces?
d) Other

Any suggestions much appreciated.

Option b) would be my choice.

That would be my preferred option also.
The problem with both a and b is the possibility of the front rail shrinking in width over time.
I think this is what happened to the original desk, as the lipping has slightly curved outwards at the ends where the stiles are probably protruding somewhat.
If I swap around the rails and stiles, this problem would go away. Not sure how it would work aesthetically, though.
You must log in or register to reply here.
Share:
Facebook Twitter Reddit Pinterest Tumblr WhatsApp Email Link