A few weeks back I took a chance at the market and bought a chuck and a what an old auctioneer acquaintance used to call a "box of contents". I unwound the chuck and recognised the Axminster mark on it, but the bloke selling it obviously hadn't so had it priced at £35. It had a 1" x 8 thread, and I thought I could get an exert to use it on my 28 - 40, but that proved elusive and probably would have cost me the better part of £50 anyway. All the paraphernalia that came with it fitted the Axminster ............ how can I use it? Ahhh :idea: ........it dawned - a Versachuck. I'd been trying to justify a new chuck for a while, and didn't want to buy more jaws for an ancient Nova, good as it is.
Anyyyyyway, I priced the Axminster stuff - B and C jaws, 250mm button jaws, a faceplate ring, two sets of mounting screws and a screw chuck - and it came out at about £160, so I sold the chuck, a key and a faceplate on for the £35 I paid for the lot (which was still a good deal) and bought a versachuck 3 with Axminster carriers and a 1 1/2" x 6 ISO backplate for £133, so in effect I've £300's worth of kit for that. 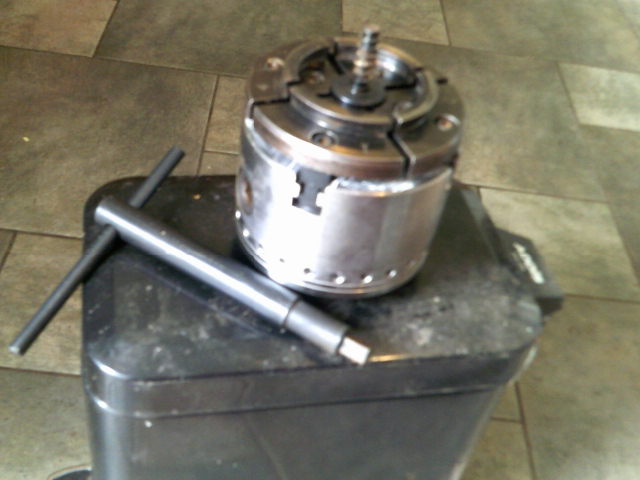 Seems to be a nice bit of kit. I put it on the lathe and it runs without a flutter. I used a piece of fairly fine w&d on it for a few minutes to smooth the edges off, but that was more choice than necessity, and sprayed it well with PTFE spray and wound it in and out for ten minutes (likewise) and it's sweet as a nut. I then waxed the whole thing with m/c as I know these things are prone to surface rust - every little helps. Very little slop anywhere, and the 24 point index on the backplate will be useful - I'll have to make something to mount to the headstock to fix it accurately.

waxed the whole thing with m/c
Click to expand...

I have the versachuck as well and the great thing is they supply various carriers for the most common jaws from different manufacturers.
I use Robert Sorby and Axminster on mine.
I even went to the trouble of making a rack for them. It now is on the wall 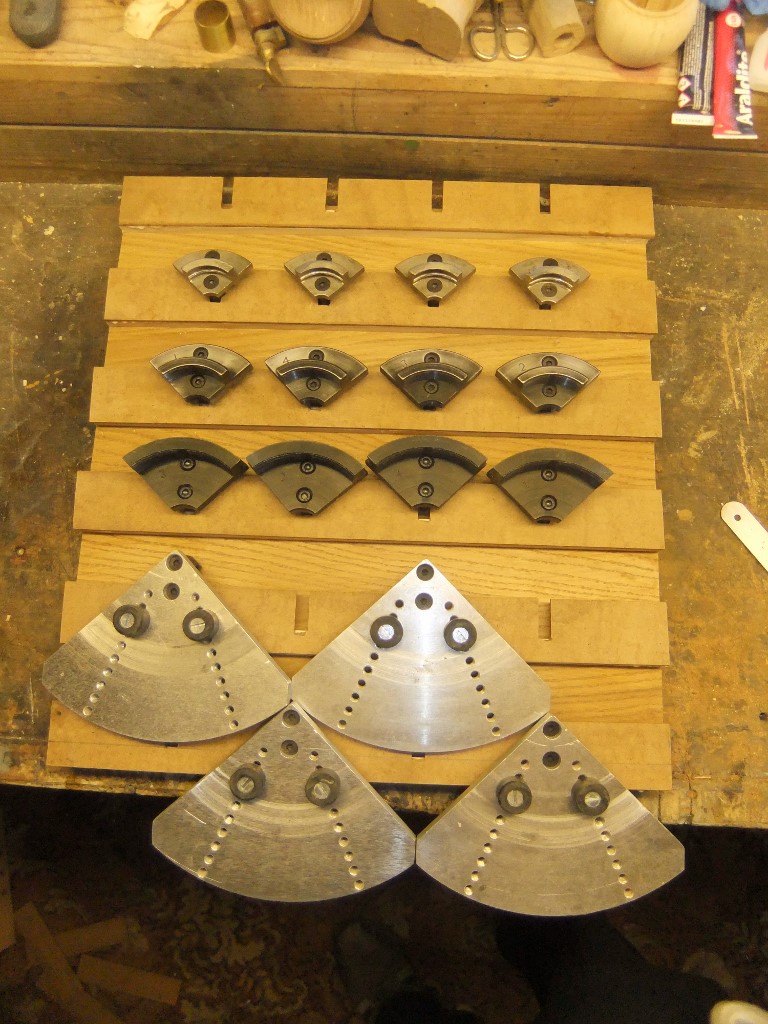 Thanks Phil; let the acronyms abound!

OK, Sam - except they're not acronyms.
S

Thanks Mark, I was unaware of the differences. Live and learn doncha?

I learned it from the last Alan Partridge series!