Thought i'd share you my selection (collection implies i don't use them!) of moulding planes i've acquired. Don't ask me why but i've grown more and more fascinated with them as the year has passed and now have 50 odd. I'd love to see everyone elses and possibly get some help on dating ideally. 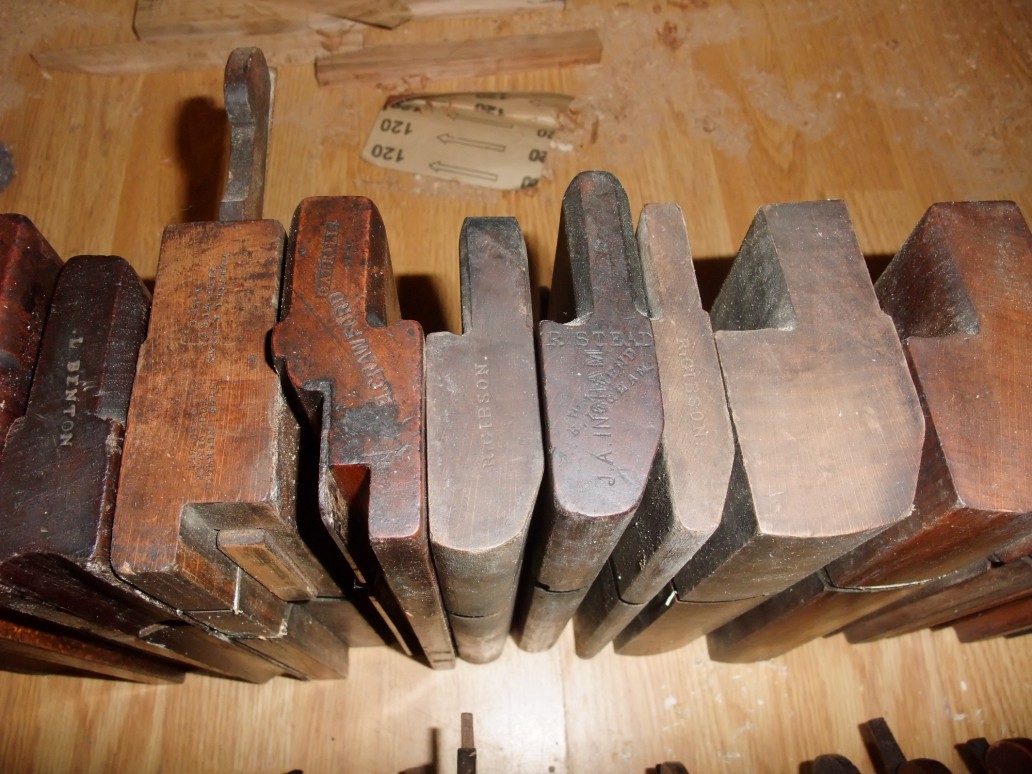 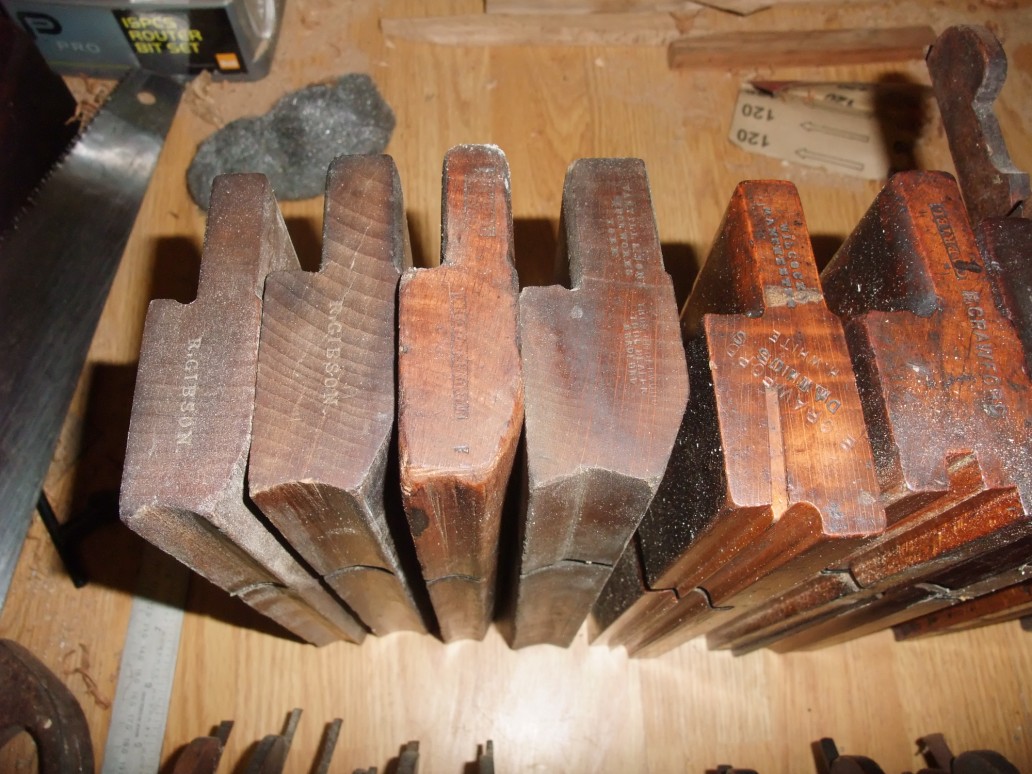 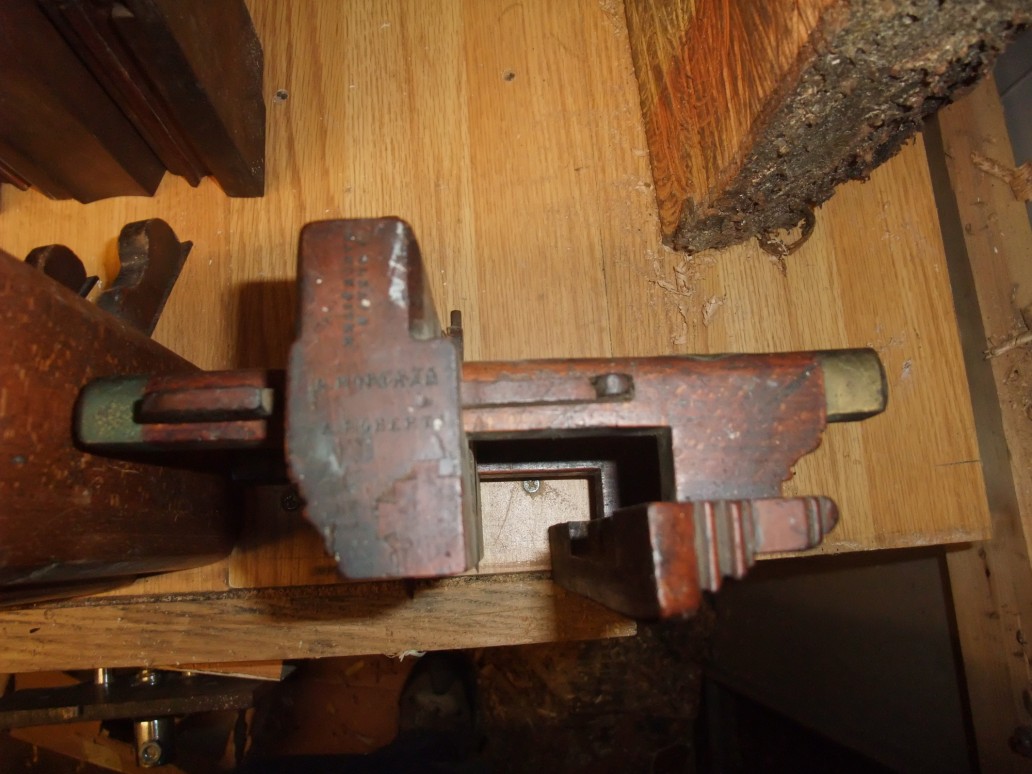 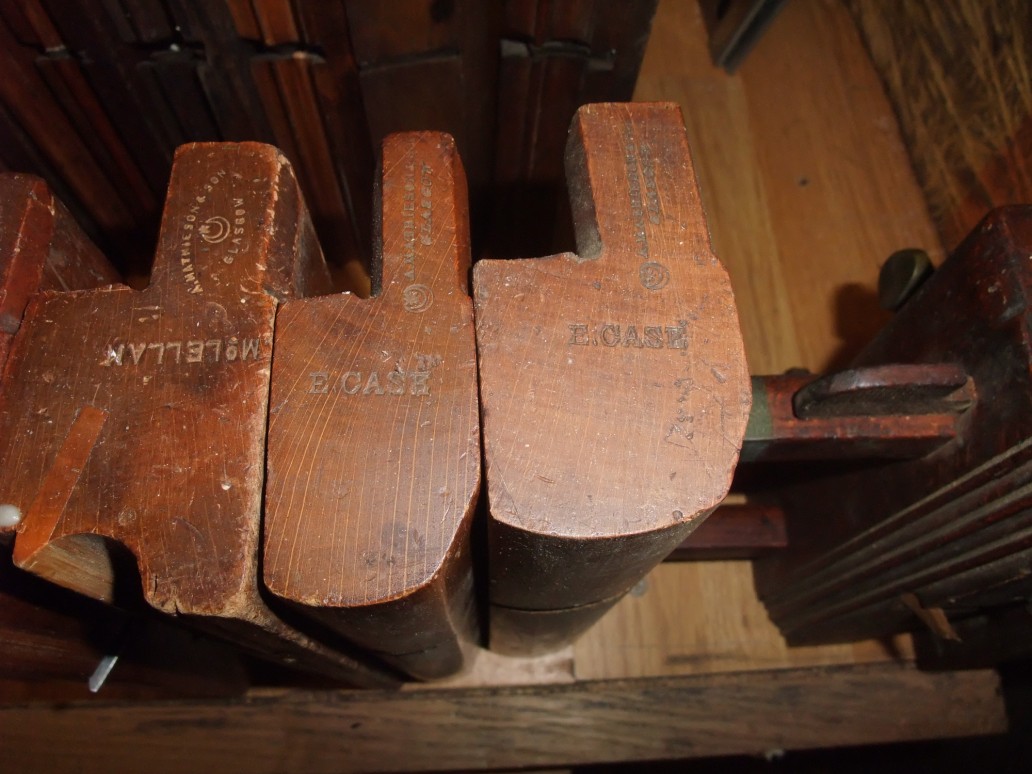 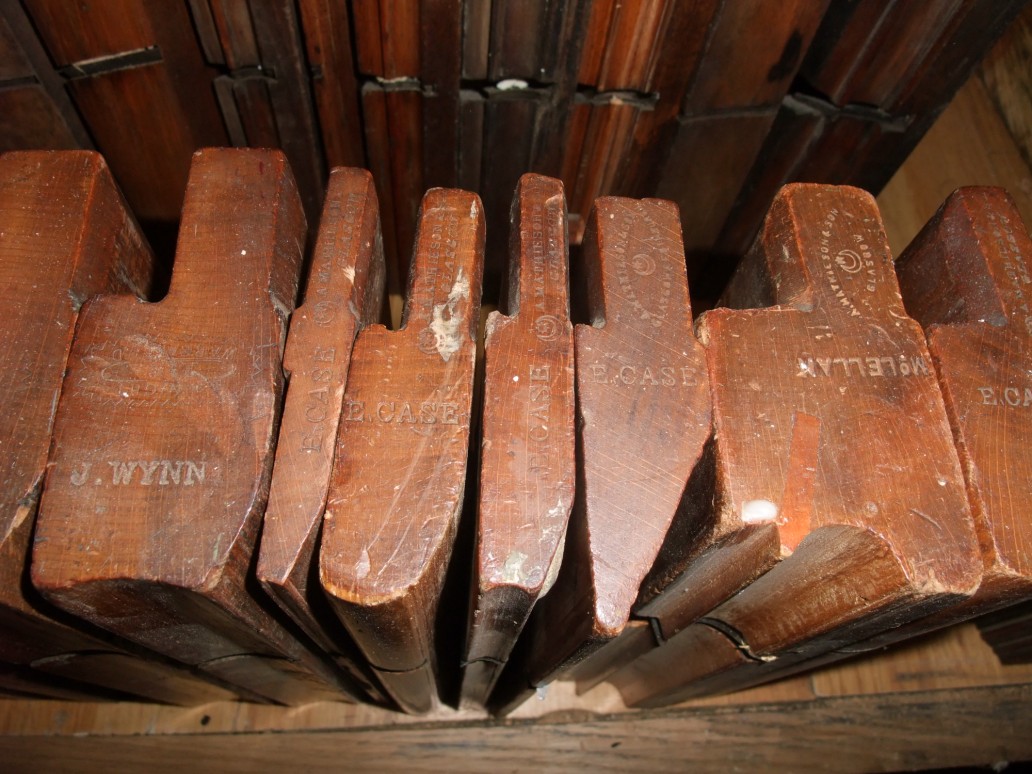 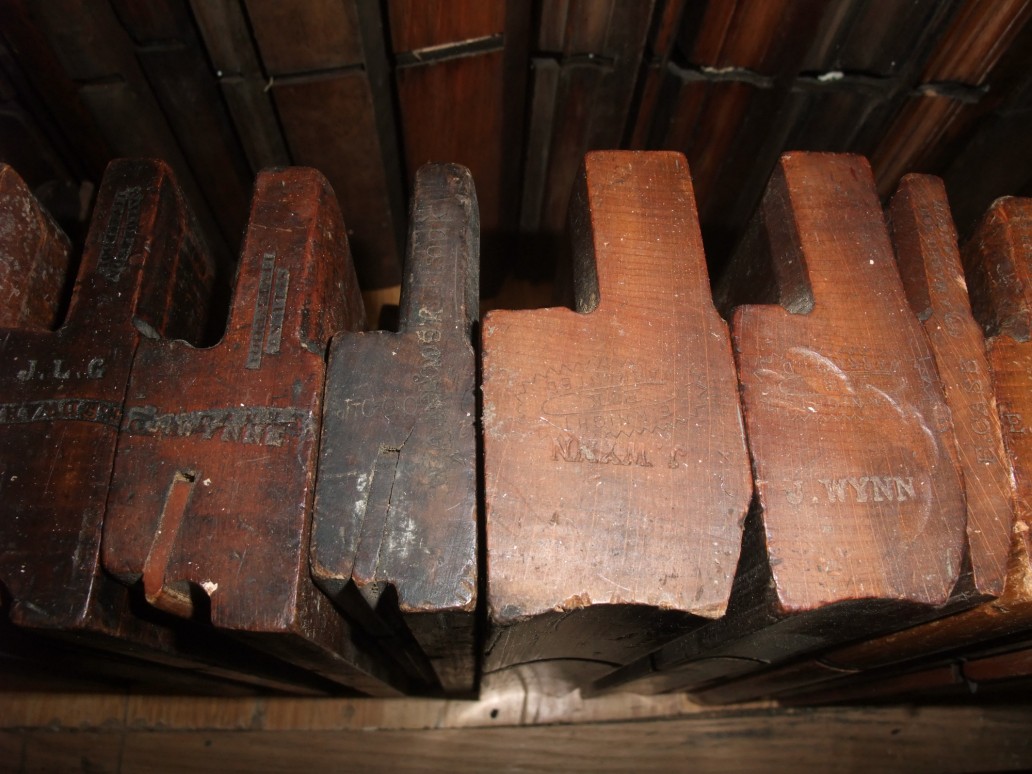 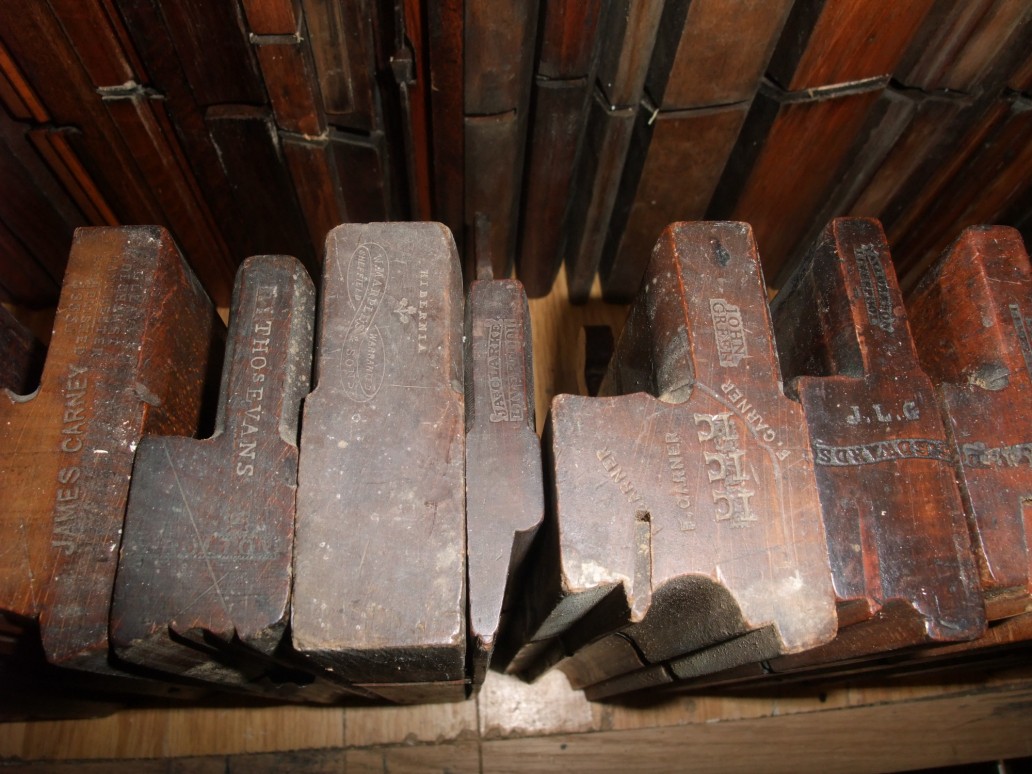 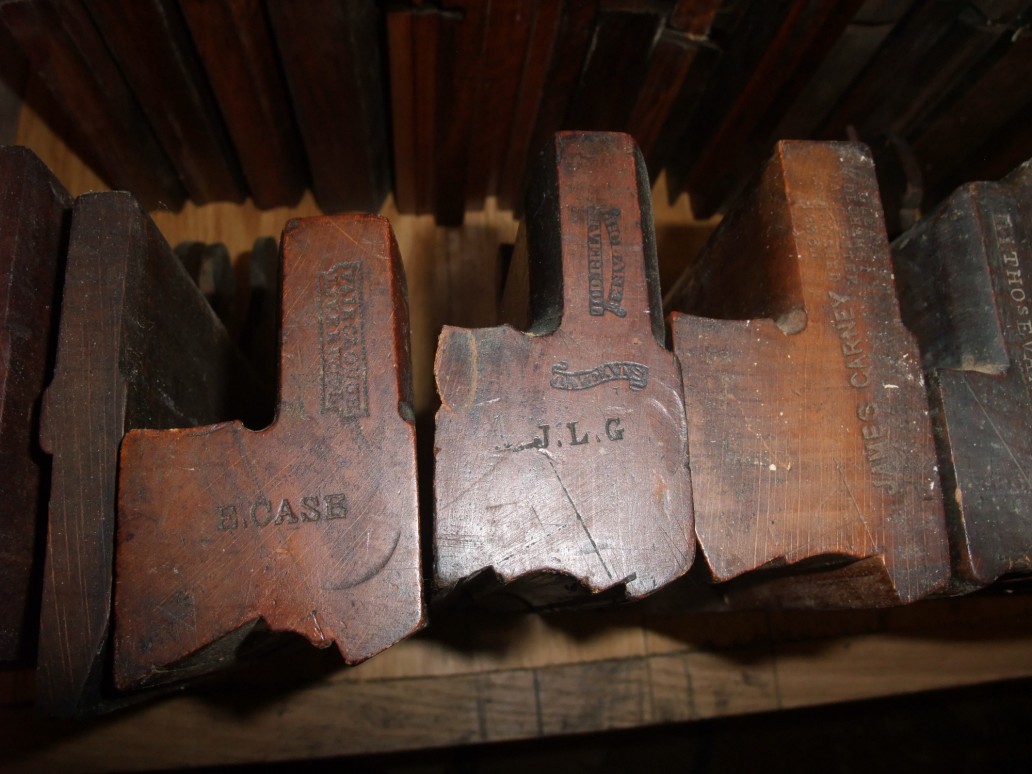 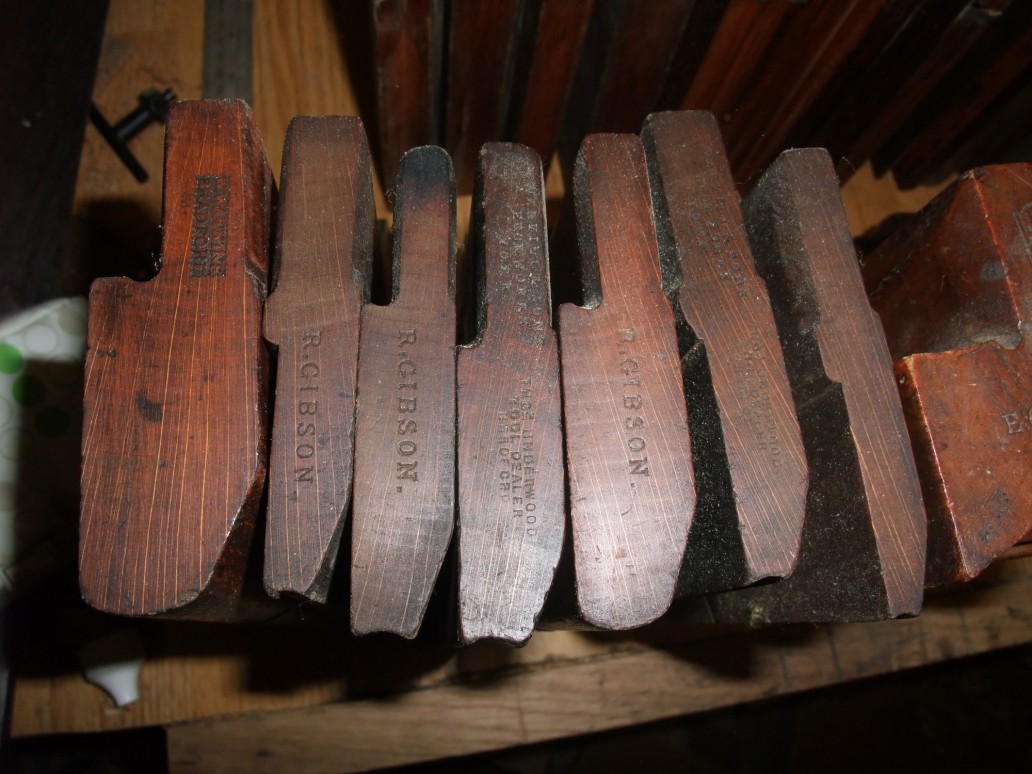 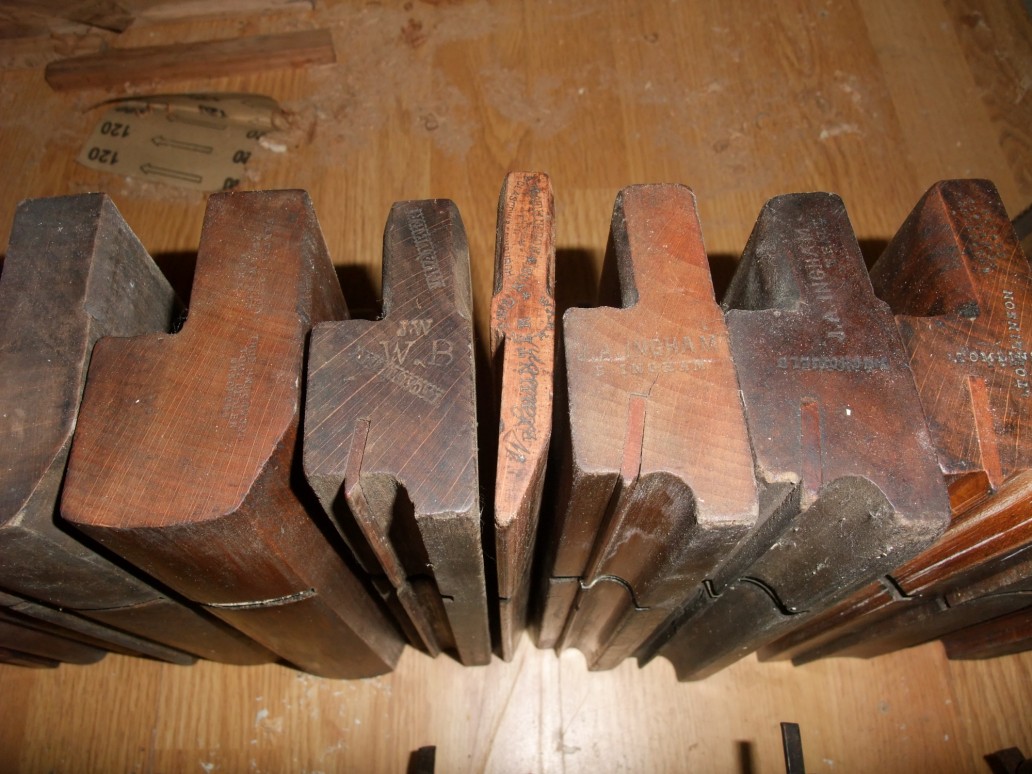 Nice selection you have there! You've no doubt found that having a few planes leads quite rapidly to having more, but it's nothing to be ashamed of, at least, not round here. Honestly, what else could you buy for a few quid that can be up to 200 years old, is beautifully made and still does the job it was designed to do.

You have a good range of hollows and rounds, which are the most versatile and useful. I recommend Matt Bickford's blog for an enthusiastic guide to usage - search back in his older posts a bit.

Amongst the others, I-spy a John Green torus bead and a Gabriel grooving plane which are likely to be older than the rest (ie late 18th/early 19th century). You have a good crop of Mathiesons which could be anywhere between early 19th and mid 20th century and even the odd Bradford maker, which has presumably stayed near home!

The standard reference for dating these is "British Planemakers from 1700" by WL Goodman. The third edition is best, but has become a rare collectible itself; you should be able to get a 2nd edition for about £20-25. A fourth edition is in progress, but may be some long time yet.

Yes they are a bit addictive, nice and cheap too which always helps :-D Only spent about £40 so far.

That website is a goldmine, thanks for that it shall be read and re-read!

As for the bradford ones, they came from kent and have come back home. I thought they might have been the retailer as opposed to the maker tbh?

Thomas Hayman":3lu84x30 said:
As for the bradford ones, they came from kent and have come back home. I thought they might have been the retailer as opposed to the maker tbh?
Click to expand...

Having had another look at Goodman, the relationship between Watkins and Underwood seems to have been very close. Looking at your 9th picture, there is a big round by W Watkins Bradford with a zig-zag border. (As a broad generalisation, a zig-zag borders is a sign of an older plane.) That would be William Watkins, Planemaker, of 19 Westgate, who was recorded at that address (in census returns, trade directories etc) between 1845 and 1877, when he was joined by his son, and then made planes marked W Watkins & Son Bradford from 1879-88.

But 19 Westgate was also the address of Thomas Underwood, tool dealer, from 1891 to 1898. The same picture shows some hollows, made in York by Varvill & Sons at the Ebor works (between 1862 and 1904) sold by the same dealer.

OOh that's cool, i also study the history of bradford so knowing the were from Westgate is pretty cool. There is every chance the building is still there but not a tool shop that i know about!

The buildings there now are dated 1898 and later so chances are he's been gone for a while!

I checked the Goodman book again, and it does mention Taylor & Co in Bradford (but with no dates) and a Jonas Woodhead (planemaker and toolmaker) of 86 Northgate between 1867 and 1880. Any of those in your selection?

Neither of those i'm afraid though i'll defintely try and find some!