Wasnt sure if this should live here as it's not (yet) a project.

Recently moved into a new place which has a few sheds, 1 1/2 of which I am using for woodworking.
Basically there is a storage shed and workshop shed.
Storage shed is going to hold the bulk of any material storage and "spares" which leave the admittedly small workshop for nothing but tools and workshopping. 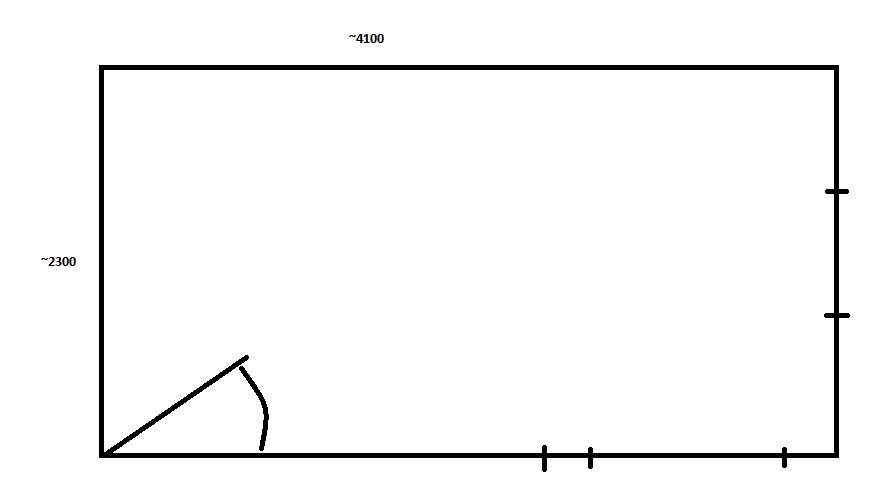 Want to to do this properly and get the most out of the space so any thoughts?

Stuff I need to get in here:

Table Saw - DeWalt DW745. It's on a wheeled base at the moment with a short outfeed extension with router table, but considering rebuilding.
Band saw - On a wheeled base
Drill press - On a wheeled base (with a mortiser stored below - that thing is HEAVY!!!)
Belt / disc Sander (plus potentially a spindle sander and / or stand alone disc sander at some point)
Mitre Saw - Evolution sliding jobby. Needs a LOT of depth annoyingly. Currently on a mobile mitre saw stand thingy
Thickness Planer

As well as some bench work surface I'd also quite like a larger assembly table style space - Thinking ~half sheet minimum which I might get an MFT style top for.

I'm considering moving the thickness planer to the mitre saw stand as it is the least used "big" tool and it can then just be tucked away when not used. The mitre saw stand rollers would also be pretty useful I think.

Mitre Saw is annoyingly deep so considering either:
Having it infront of a window so if I need to use it, just pop the window to allow the posts to move backwards!
Having it fold flat against the wall until it is needed


That's quite a lot to get into a relatively small space.
Having stuff on wheels I think is going to be key, but in terms of the static stuff - what would you guys recommend and where?

What stuff should be at the same height as other stuff?

Generally any thoughts so I can make the best of this.

If that's an existing building, with the door located as shown, then you're probably stuck with it. That's a little unfortunate, as it takes a section of wall behind it out of use. It is more efficient space-wise to have a door a little way away from the corner.

Can I suggest you sketch your building to scale, then draw your main bits of kit to the same scale on a separate piece of paper, cut them out, and just shuffle them around on the drawing until you have a layout which suits you. No two people work the same way, and what is an anathema for some is a bonus for another (I hate wheels/ casters, for instance, so won't have mobile machinery. Other people swear by it). Whatever layout you come up with, think about racking for timber, because there is far too much discussion here of workshops and tools, and far too little about timber, and the stuff we make from timber. We have workshops not for their own sake, but for the sake of what we can make in them.
M

Yeah the door is very much there to stay.
Thinking I'll hang all my clamps behind it. Should just about be room I think.

If possible, locate the dust extractor and cyclone in the storage shed and run some ducting in the workshop.
S

You have London as your location - is it a built up residential part or are you on the edge, and have a bit of space from your neighbours? Basically - is noise going to be an issue?

Can the door be re-hung to open outwards? Would free up some wall storage

Can you build a small extension onto your saw table for the router and combine two surfaces? I have squeezed a sander in under a removeable bench top. Its okay for little jobs. Bit achey on the back for lots of stuff as it is low. But then I sit on a box and work at a lower level if I have a lot of sanding to do.

If space is limited - are there any outdoor areas that can be pressed into service? I don't meant fine woodworking outside, but having an area where you can layout timber on sawhorses and mark it out reading for cutting down. Or a paved area where you can sand or put a quick layer of undercoat on is helpful - all depends on what you are doing. If no neighbours are the table saw could be wheeled out on dry days. Easier to handle awkward pieces with the extra space.