I have several years experience with both the Dust Commander and the Dust Deputy.

In the beginning I had a DD connected to a Fein vacuum cleaner, and this worked extremely well. The Fein developed problems after about 10 years, and I decided to spend a little more and get a Festool CT26E. Both are great vacuum cleaners, but the Festool is a little more powerful and a tad quieter. But an important factor was that it integrated more easily with other Festool tools, and was easier to store than the round, bulky Fein.

The was an issue connecting the DD to the Festool vacuum cleaner: these Festools are not grounded in the same way as other vacuum cleaners, and demand that the components are anti-static. The clear Dust Deputy was not anti-static. The warrantee could be voided if not used with antistatic hoses, etc. So I began hunting around for an antistatic Dust Deputy, and there was (is) one, but had to be imported to Australia, which made it expensive. At this point I came across the Dust Commander which, in black, is made from antistatic material. I purchased one . This is what I used up until a few weeks ago ... 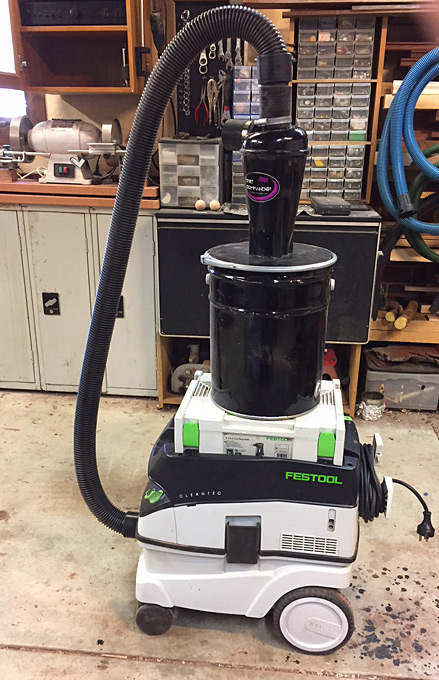 It seemed to work as well as the Dust Deputy. In mentioned the Dust Commander to a woodworking friend, who provided the following information (this is as he told me. I have not verified the facts): The original design of the DC was developed in China. A French company stole the design and marketed it as the Dust Commander. He had worked with the French company, or knew the owner, which is how he came by this information. If this is so, it is the ultimate irony!

About a month and a bit ago, I purchased an Ultimate Dust Deputy from a deceased estate. It was unused and half price. So this is now my set up ... 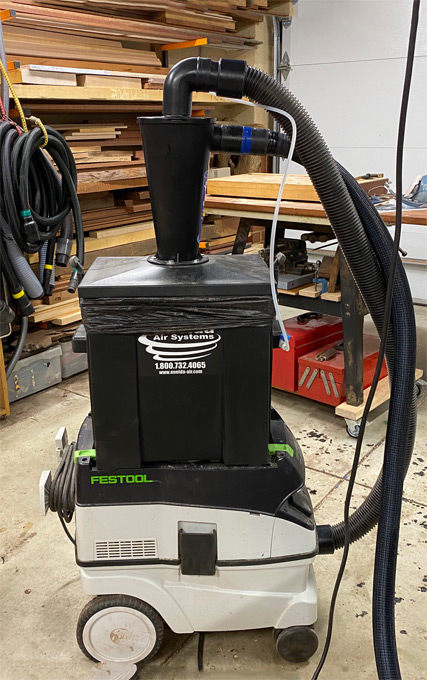 This set up seems a little more powerful than the DC version. When I place the DC and DD alongside one another, the DD is physically about 1/4 larger.

So ... black = antistatic, and I think that this is important if you have a Festool vac. It may not be so on others. The Chinese version may not be the copy, but it is unlikely to be antistatic. The Dust Deputy may be the better design, but I doubt you could tell this unless using them alongside one another.