I have a Scheppach Decoflex which has served me for two years without a problem. However, earlier today it developed a nasty vibration, almost chattering sound which has made it unusable - not only is it realy loud, the blades will no longer hold. I've tried taking it apart but just cannot get the main arm to open.

When something goes suddenly you have to look at the most likely thing that could break or become loose e.t.c.

First off, try checking your blade clamps for grip as it's possible the blade is slipping.
Many saws will give rattling/vibrating noises if the blade isn't taught enough so check the blade tension as soon as you get the first sign of any vibration/rattle.
If that's the fault then gently rough up the inside of the clamp with abrasive or a diamond file.

If that's not the problem....Have a look at the linkage that connects the motor to the bottom arm.
I had a look at the parts break-down online for your saw and it looks to be a plastic linkage holding 2 small bearings.
Make sure the bearings are held solid with no movement at all and also check the plastic linkage isn't split.
Also make sure the bolts fixing the linkage to the motor cam and bottom arm are tight and cam to motor shaft.
The bolts to check are parts 36, 42, 44 and 69 shown in your parts manual diagram.

Good luck and let us know how you get on.

Scrollerman - awesome, thanks for the tips, I will have a look and let you know how I get on.

Scrollerman - I appear to be getting somewhere.

The noise happened whether there was a blade or not, so I eliminated that from my investigation. I opened up the saw to reveal the linkage between the motor and the bottom arm, checking the tightness of the fit to no avail. In the interest of further elimination I disconnected the linkage to the motor and the noise persisted (thereby eliminating the arms as the source of the fault). 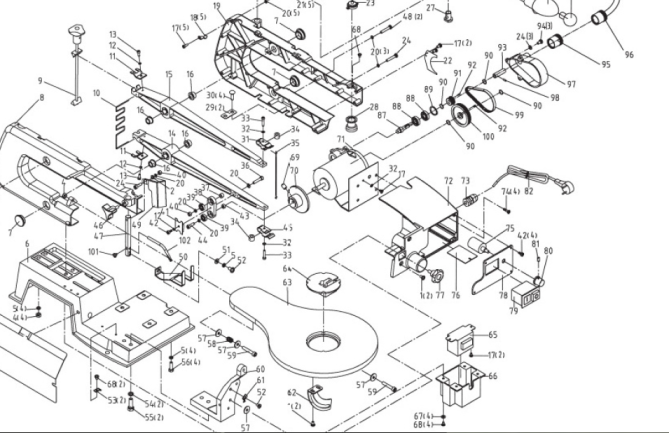 The diagram I found (above) shows the only part I left attached to the motor is called an 'Exzenter' (part 70): 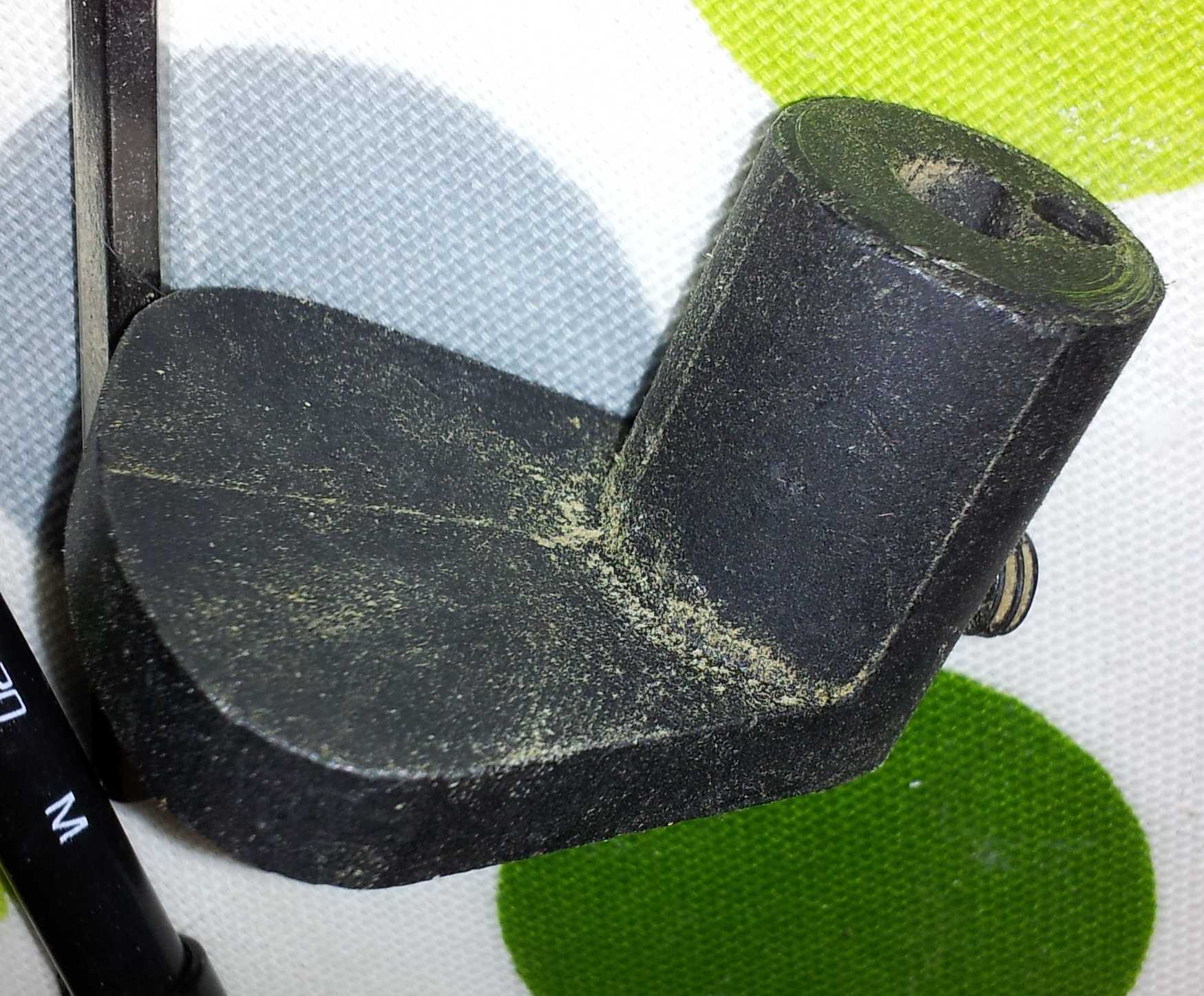 I note this part looks slightly different from the diagram attached, but it seems to be in one piece (heavy, must be aluminium or cast iron). Here is a video of it running with the Exzenter:

I tried tightening and loosening the Exzenter as well as moving it along the motor shaft (i.e. increasing and decreasing its distance from the motor), to no avail: 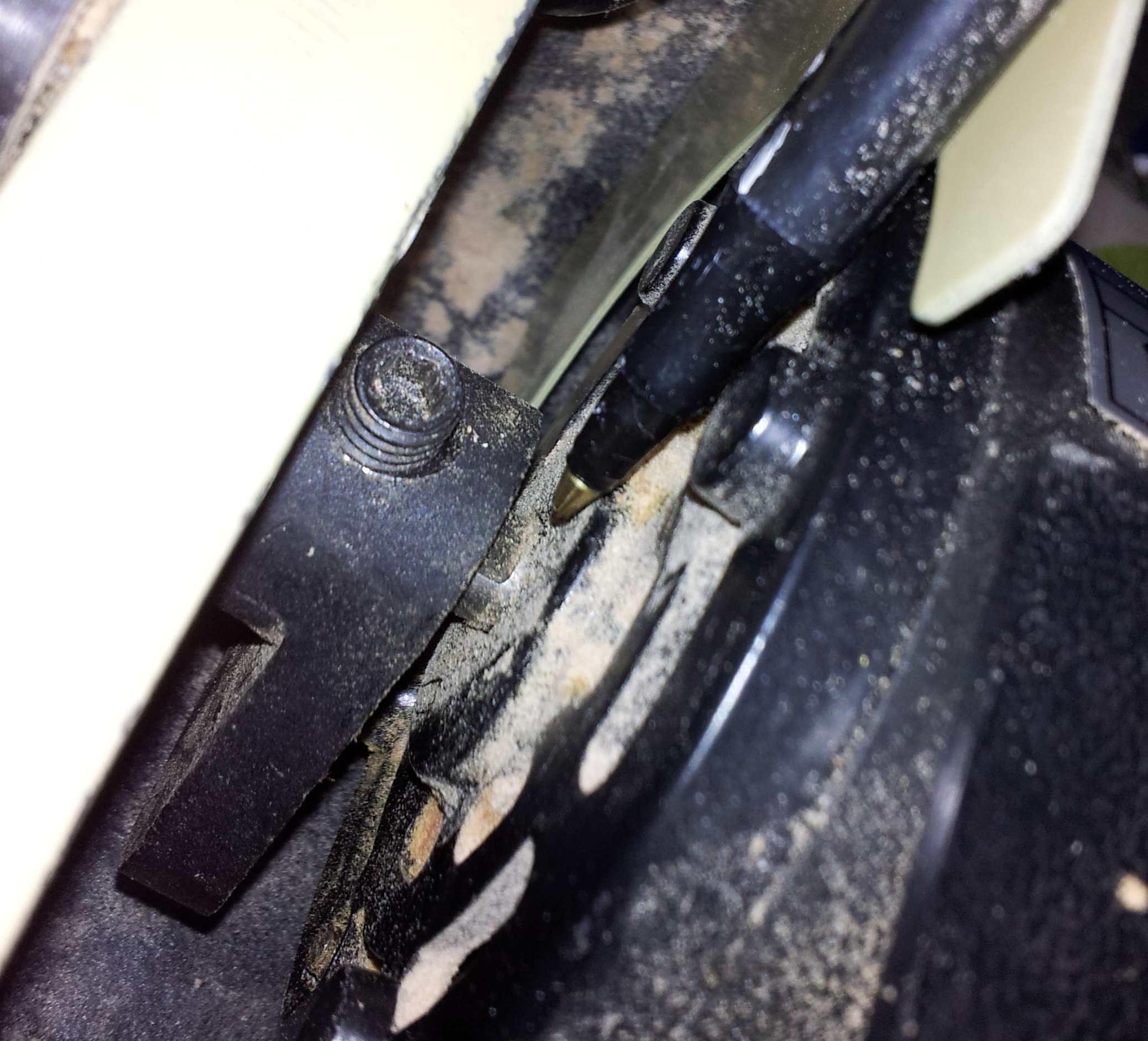 Finally, I removed the Exzenter completely and low and behold, the motor ran without any vibration and very little noise:

So, can I conclude that it is this part that's causing the problem? It really doesn't look damaged Or, is it the motor at fault? - any suggestions?

Thanks for the help!

jadboog":3cl2xj7c said:
Scrollerman - I appear to be getting somewhere.
The noise happened whether there was a blade or not, so I eliminated that from my investigation. I opened up the saw to reveal the linkage between the motor and the bottom arm, checking the tightness of the fit to no avail. In the interest of further elimination I disconnected the linkage to the motor and the noise persisted (thereby eliminating the arms as the source of the fault).
!
Click to expand...

Running a scroll saw without a blade is bound to give rattles and noises purely because the blade clamps are pivoted and will flop around like crazy !
The rear pivot points/springs of the arms will also rattle if there is any play in them that is generally taken up by a tensioned blade.

I really don't understand how the noise you hear can be the same with or without a blade as not having a blade installed, (for the above reasons), would be totally
different and much noisier.

Anyway.
The motor sounds fine as does the motor with the 'Exzenter'on the shaft.

Moving the Cam position laterally on the motor shaft should only be done when
there is an issue of vertical alignment between the movement of the bottom of the
blade and the top but that is another issue which doesn't apply here.

Your problem is a strange one and doesn't conform to normal scrollsaw physics
judging by your description of what works and what doesn't.

I'm at a loss to know what is wrong given your symptoms/replies without seeing the
saw first hand.

You could try re-assembling the saw and use the tried and tested engineers method
of using a long screwdriver to 'listen' for where the rattling/vibration/knocking is
coming from.
Start the saw running and with a long screwdriver, place the handle of the
screwdriver against your ear.
Place the tip of the screwdriver against various places (non-moving of course) on
the scroll saw and listen for where the rattling/vibration/knocking is loudest.
This will at least give you a good idea of the location of the fault.