This was a piece of sycamore that looked about the right size. The idea was to turn a bowl in bowl (I prefer the term emerging bowl but that has been used for other things) & to practice KimG's finishing technique. 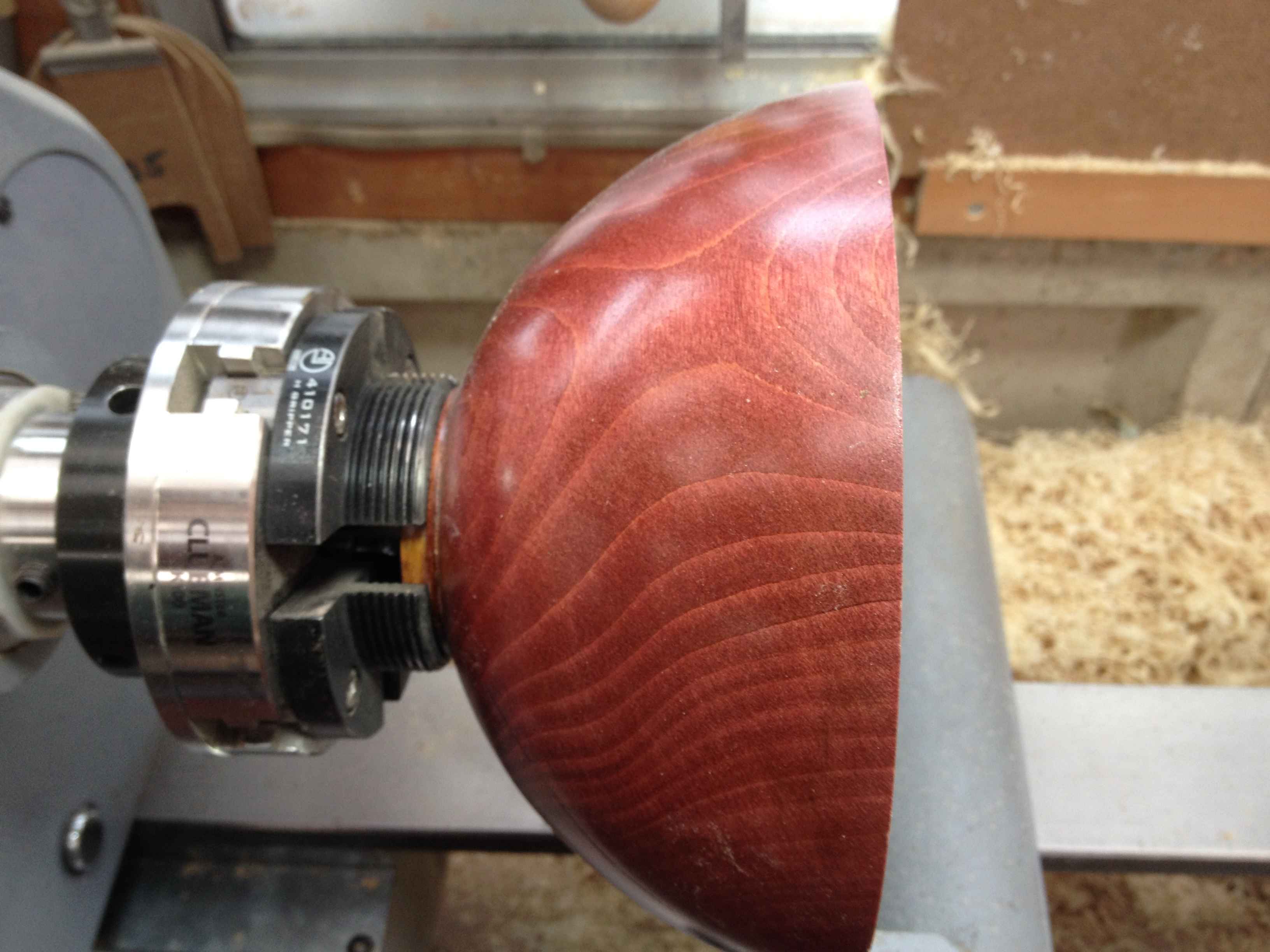 The outside went quite well. 2 coats of spirit stain, a denib with orange webrax & 5 light coats of aerosol gloss lacquer.

However the inside was a different animal. There were grey streaky areas that wouldn't cut cleanly with a freshly sharpened gouge. Tried sanding sealer, a negative rake scraper, shear scraping with the bottom wing of the gouge & shear cutting, all with little or no improvement. With the gouge I could hear a crunching noise as if grit was embedded in the wood. As it was only a practice piece, I gave up trying to get a decent finish & carried on with the rest of the bowl. 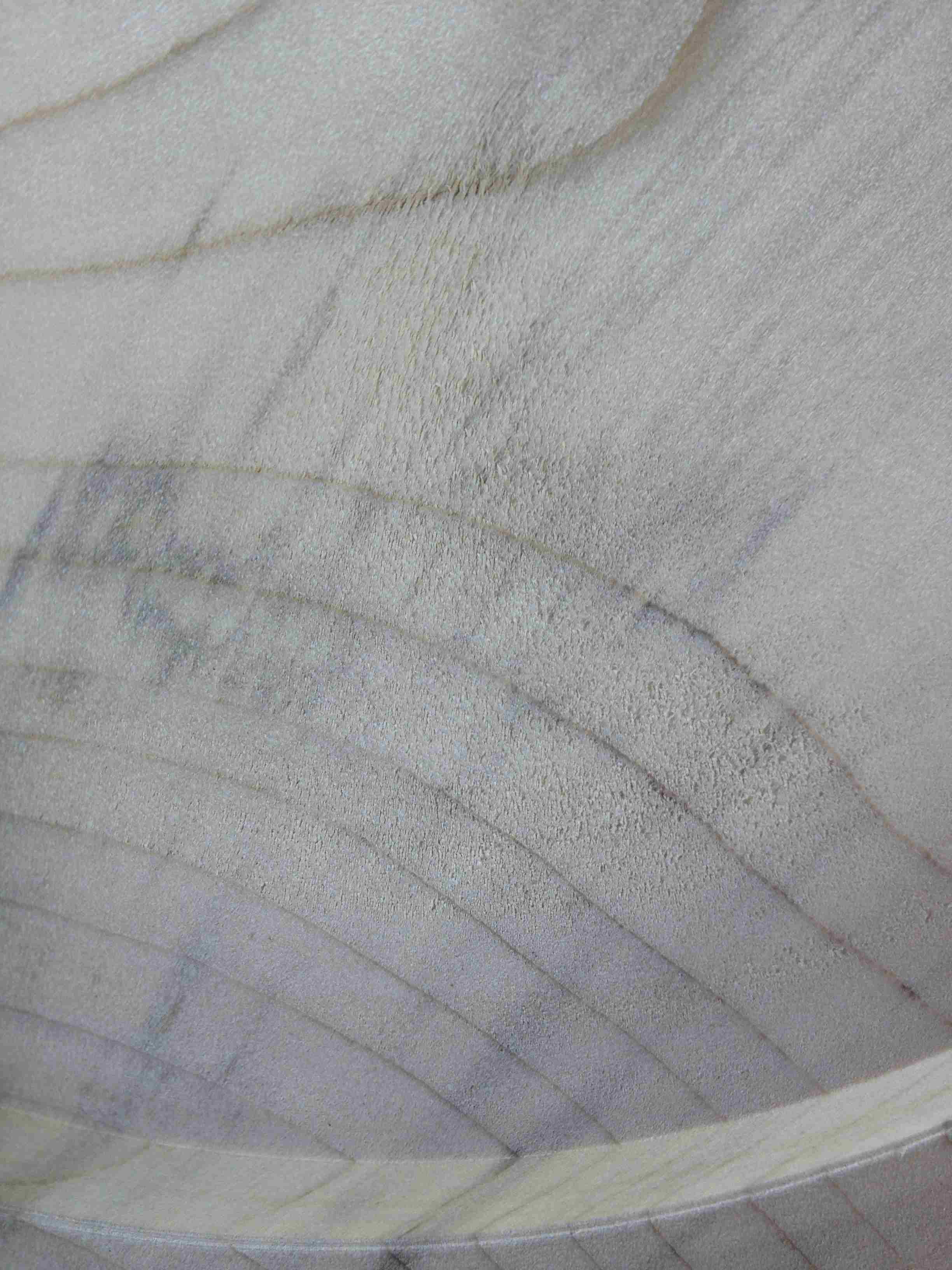 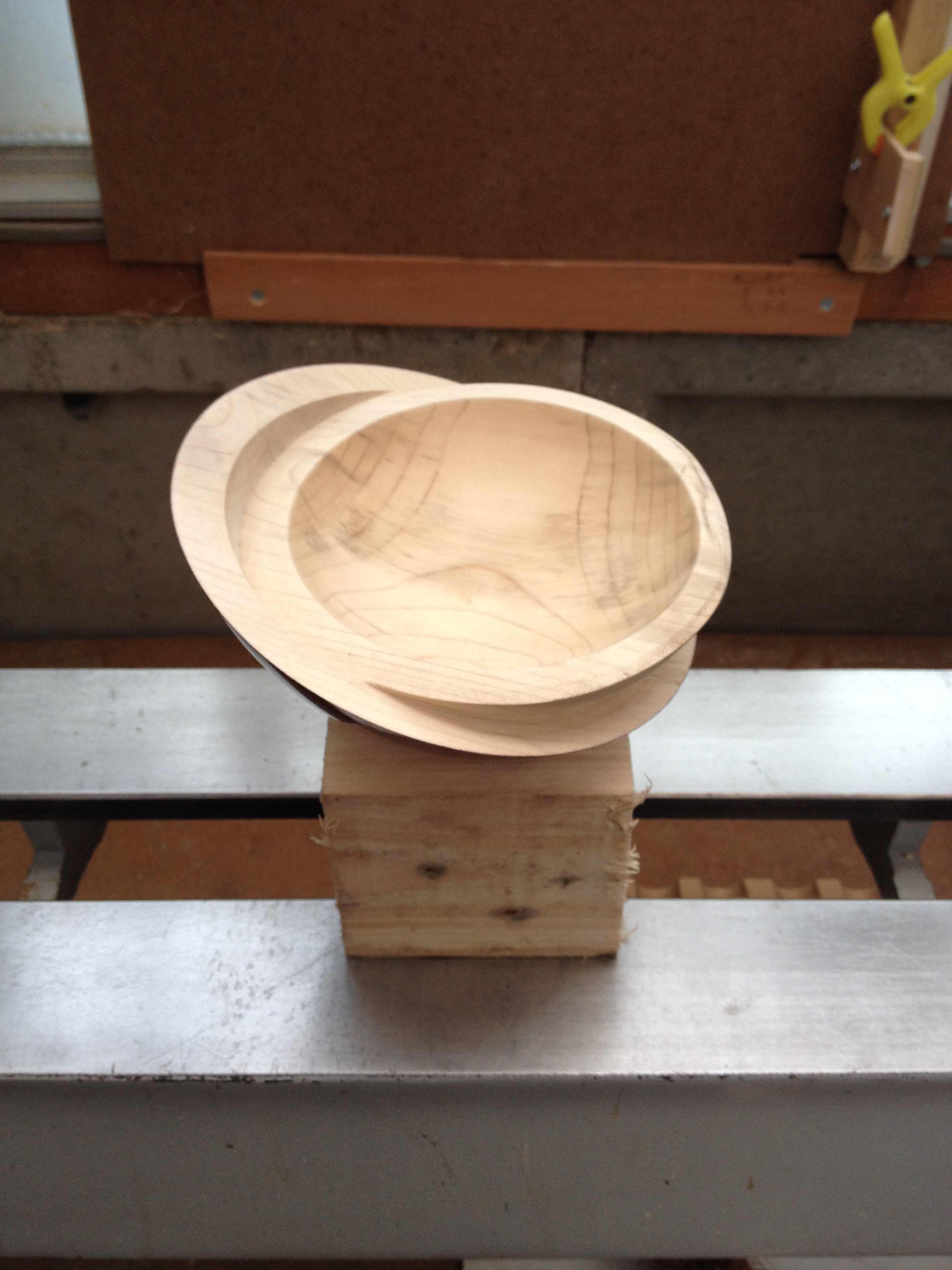 This is the finish on the outside. Unfortunately I put the base on the wrong axis which makes it overbalance & I've knocked it on the floor three times hence the scuff marks. 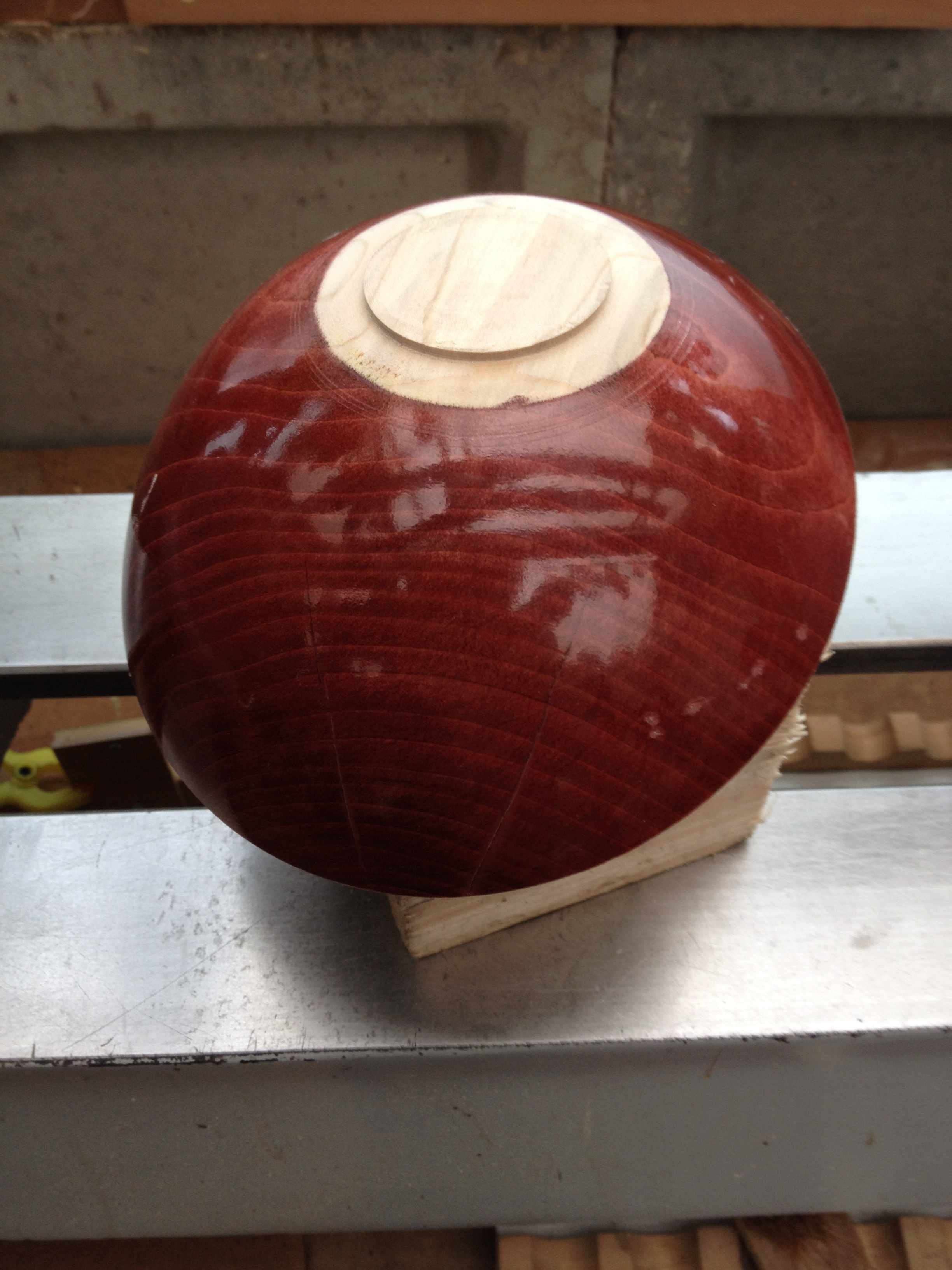 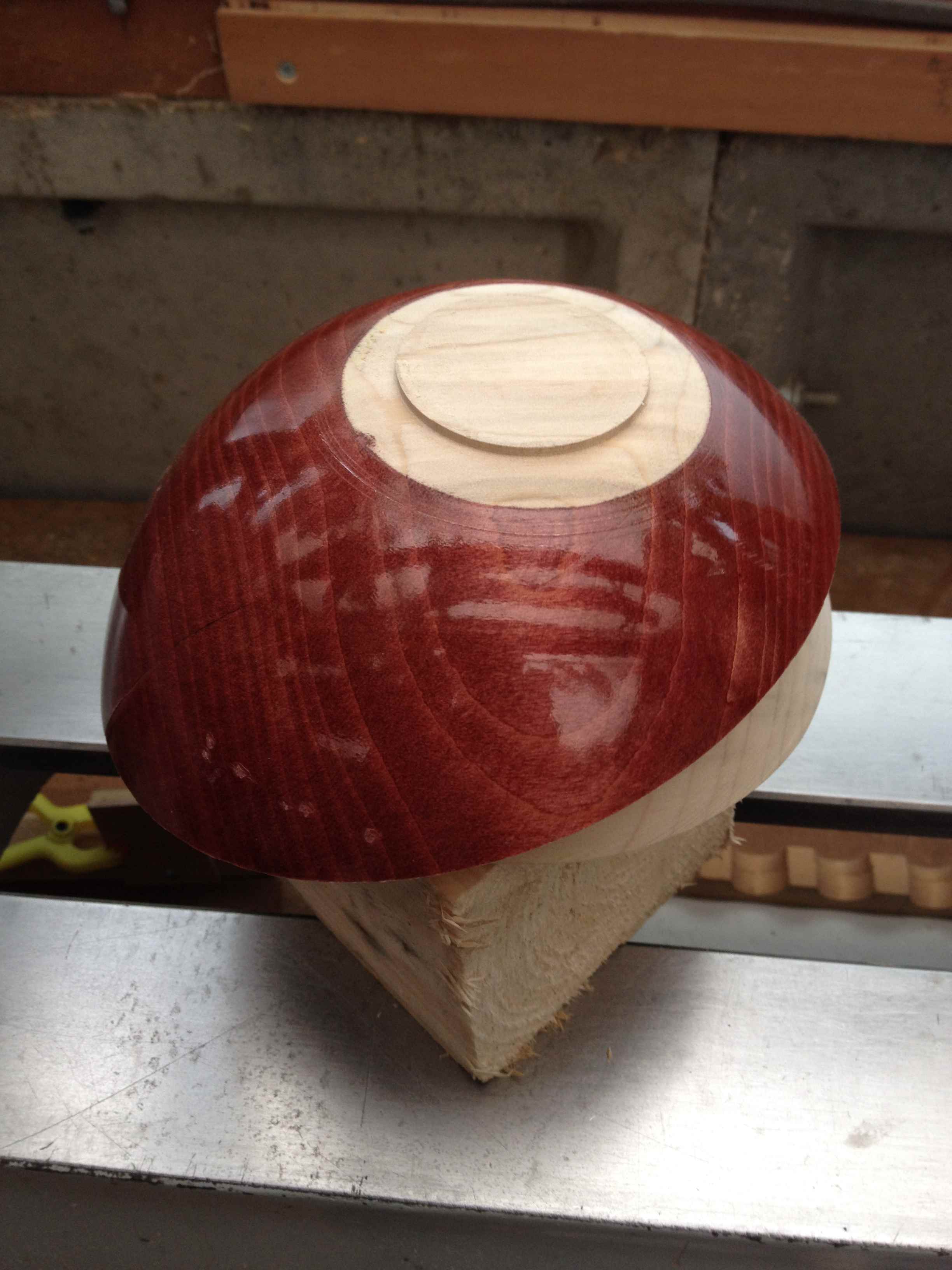 I got several of the cuts wrong. The top rim of the inner bowl has a flat that shouldn't be there & the join between the inner & outer bowl is cut too deep.
But it was a practice piece for the learning curve. Will have to wait for another suitable piece of timber to have another go.

A very good attempt and what you have done regards turning looks good. You already know that you made a mistake which is something you have learnt for the next go it is these that make you a better turner.

I know too well with some of the pieces I have turned in the past. the discolouration is just part of woodturning and can be found in many pieces of wood.

I think it looks great, the finish looks well done, I have noticed though that the orange peel effect can return after a week or so and a secondary buffing can be required to maintain a glass like finish, at least with spray on lacquers. Really like the design and execution too.
D

Very impressive, something a but different. Now on my ever-lengthening To-Do list!
Duncan
You must log in or register to reply here.

S
How to make a "planter" style bowl?