I first used one of the AirPress vacuum pumps many years ago when working in the trade and when I set up my 'shop a few years later, the Standard AirPress was pretty high up on my 'to buy' list. The kit is unfailingly superb and has worked faultlessly for well over fifteen years, except for the original bag that was supplied. This was made from vinyl with welded seams and had one open end which was sealed with a plastic closer in use.

Within a very short space of time, the welded seams had split where they were under pressure from the plastic closer and required copious amounts of d/s tape etc together with G cramps and blocks along the seam to make it the whole bag air tight.

Things came to a 'head' :evil: the other evening when I was doing a small bit of veneering and try as I might, I couldn't get a seal, so the following day I jumped in the motor and went over to see Peter Hoggard, the MD over at Downton (15mins from Salisbury) with a view to getting hold of the much superior, 600 micron thick polyurethane bag
This is a large tube, with no welds and is thus open at each end and so requires two closers.

The issue with a large plastic bag (and platten) in a smaller workshop is one of use and storage, so I decided to enlarge the original stand as the new bag is substantially bigger that the old vinyl one. 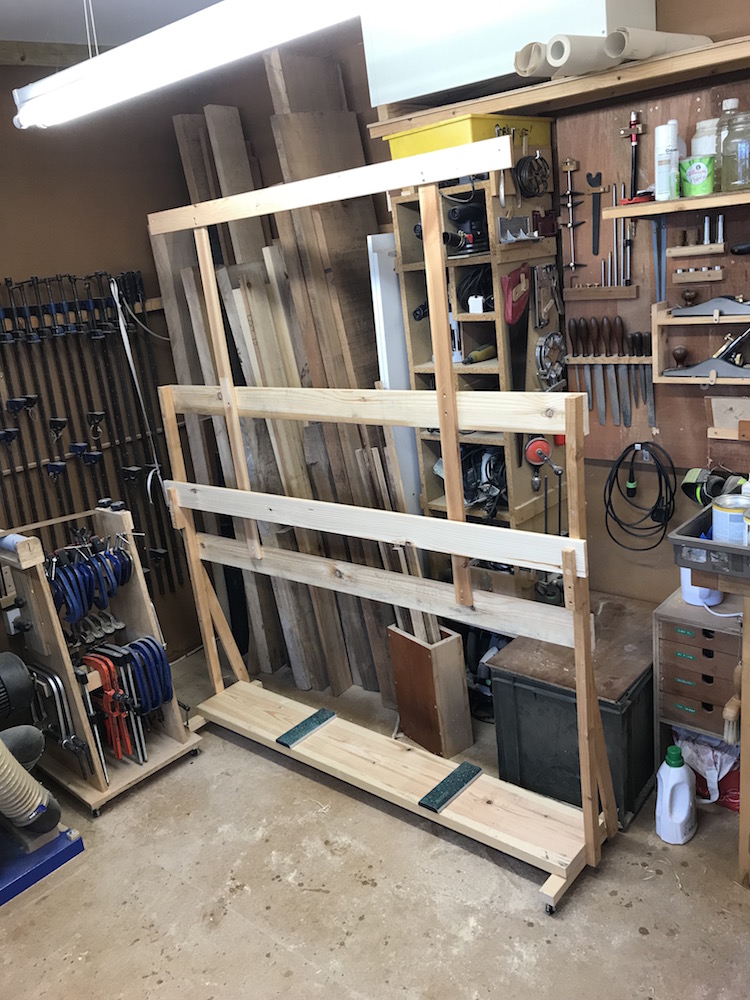 It's made from odds n'ends of pine and one end of the bag rests on a pair of thick foam rubber pads; there's a locking bar to hold everything in place.

Once the mdf platten is inside the bag (tricky in itself) it's positioned on the foam pads and bulldog clips secure it to the top rail. 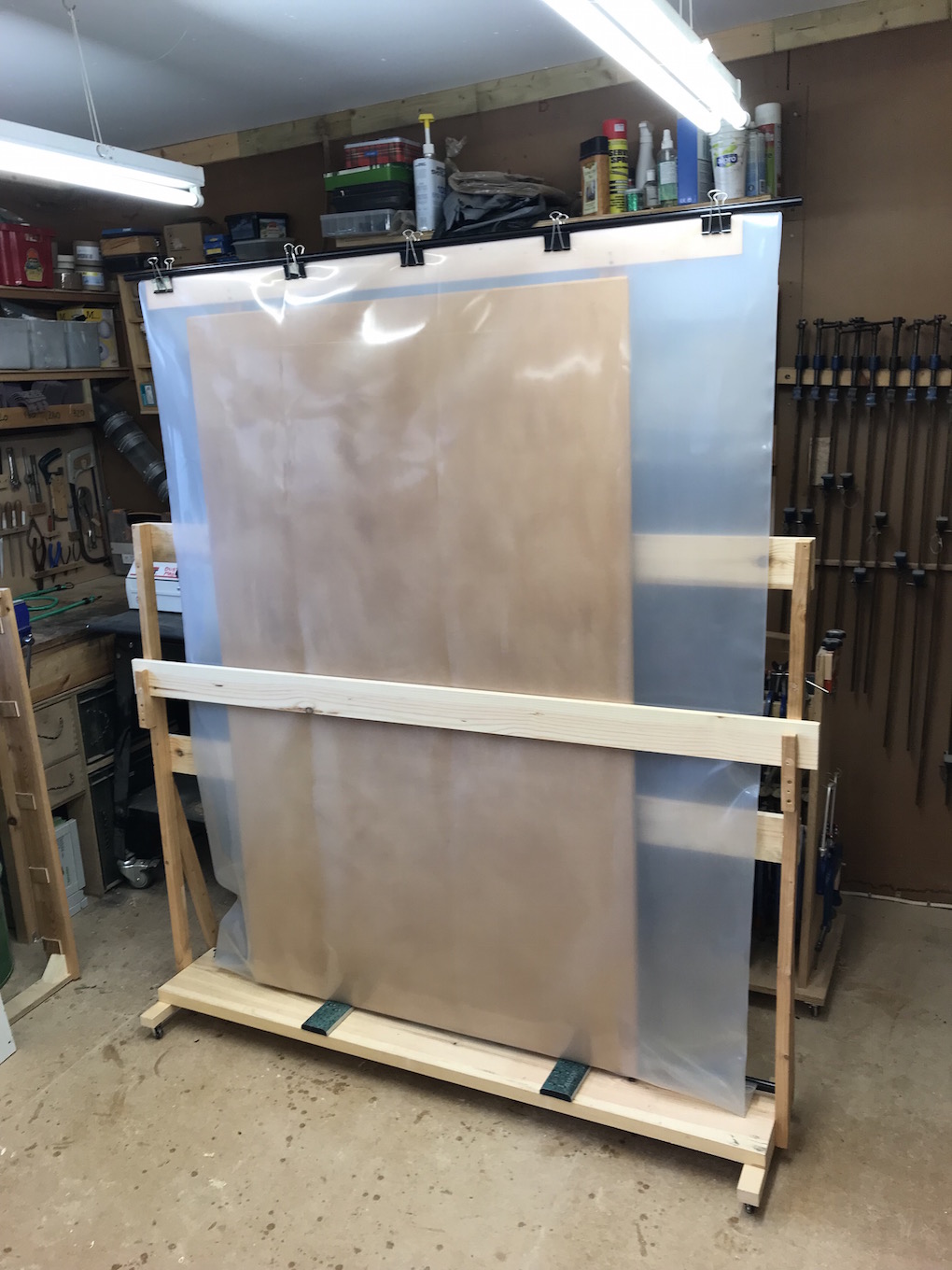 One the reverse side of the stand... 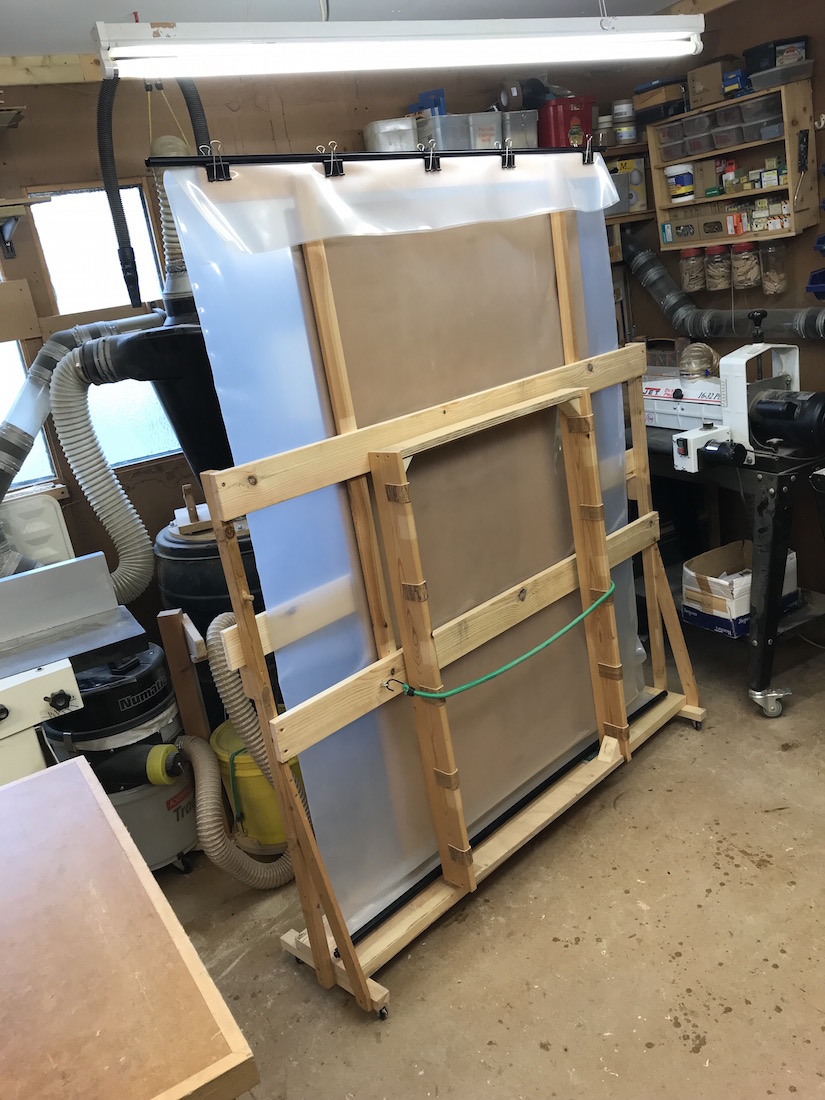 ...I've made a frame, held in place with a bungee cord. In use, the frame is placed on the floor in front of the bag and it's then lowered carefully in place. Once the veneering has been completed, the job can be removed and the bag again raised vertically on the stand and the bulldog clips used to hold the top secure, with the second plastic closer stored between the clips - Rob