What does the team think?

I've been making some picture frames to show some prints ready mounted on light card behind glass.
I'm using some medium quality hardboard ( not oil tempered stuff) in the back of the frames.

The largest is about 550 x 440 mm and I wondered about treating the hardboard to keep it flat. Usually one would seal both faces but I wondered about leaving the surface that faces the back of the picture bare so that it there was any movement, it would act to press the picture towards the glass.

Assuming the textured surface would be more absorbent to moisture, I could put that facing inwards bare and seal the visible smooth face with some thin varnish or similar.

Anyone tried this method to exploit assymetric treatment of the board warping to order?
Do you think this would be a good plan?

I haven't experienced hardboard moving, but never made a frame more than A4 size, it's been very stable especially compared to solid wood.
M

thetyreman":30maq2mv said:
I haven't experienced hardboard moving, but never made a frame more than A4 size, it's been very stable especially compared to solid wood.
Click to expand...

Thanks I'm doing a batch of 9 frames of differing sizes so I might experiment with sealing a couple to compare.

I would finish both sides of the sheet with shellac if using the hardboard. I think some of the better corrugated plastic sheet might be an alternative worth considering. It's lightweight, reasonably stiff and wouldn't need any sealer applied. This kind of stuff. https://www.theplasticshop.co.uk/correx ... index.html

I think readers are missing the point of my question. I'm looking to encourage slight warping to press the picture against the glass by using the properties of the material to my advantage.
H

I think you are doing something that’s not necessary. If you want to pressure it inwards you will push the centre of the print through the mount

Lots of different ways of doing this, but normal practice is to have a bevel cut card mount, or even a double mount in which case the prints won't come near the glass. If the prints are valuable or antique, I'd suggest using acid free card and proper picture framer's low tack tape; if not, the adhesive on ordinary tape will 'telegraph' through after a while. Even more important is to use non-reflective 'clarity' glass which has virtually no reflection when you stand directly in front the picture but it's hideously expensive :shock: Apparently, it also cuts down the UV exposure as well. Without straying into egg sucking territory it's also vital to seal up the back with proper brown picture framer's tape...I now use stuff from Japan which is brilliant. There's nothing more irritating than to see 'grommits' crawling around inside the glass after a few years.
This is one I did last week with 'clarity' glass... 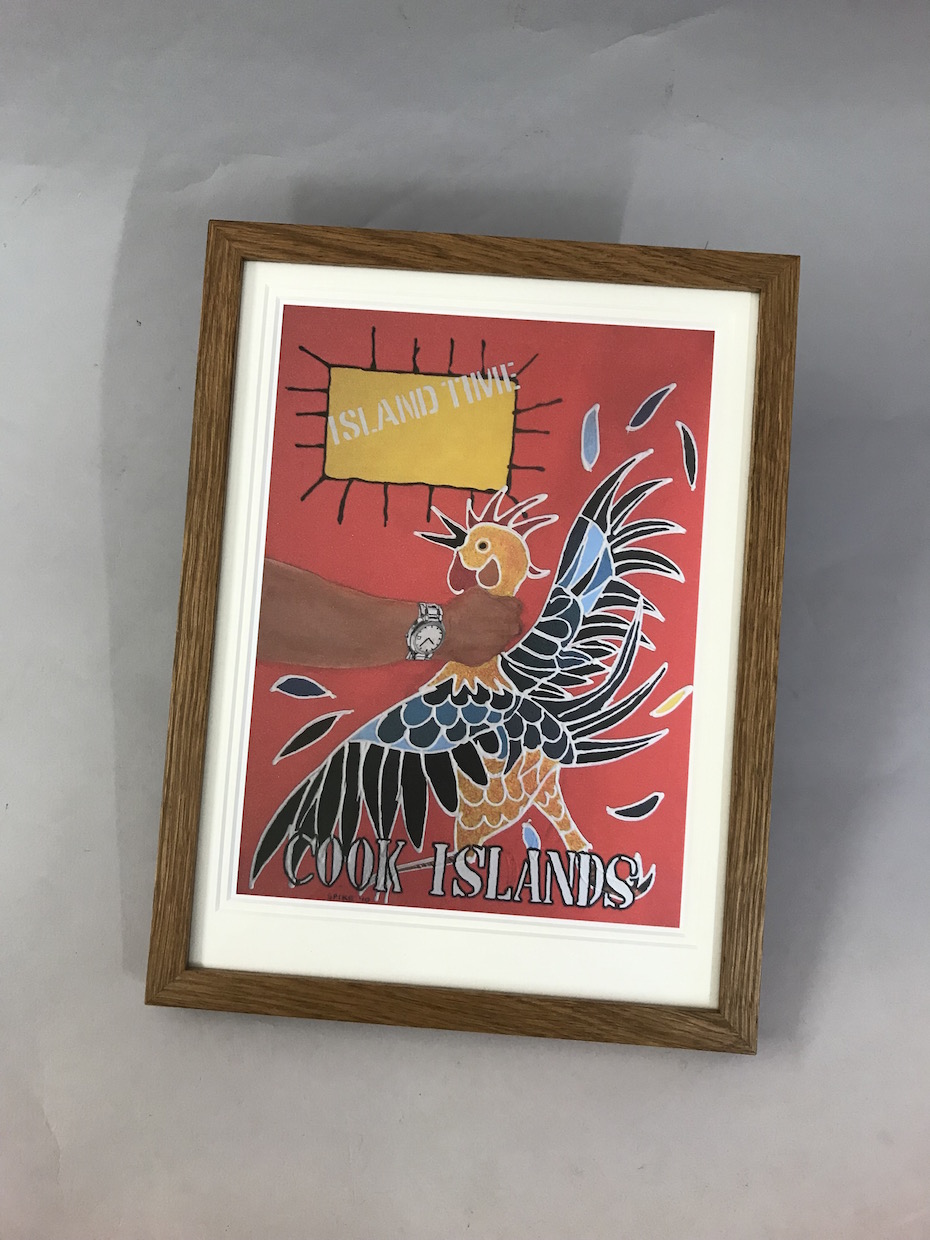 Oh spit ...
I am making a dozen identical frames and plan to use hardboard for the backing panels. I thought that was going to be a simple job; it never occurred to me that I should treat the hardboard. Now I have to consider treating them, what to treat them with, whether to treat 1 side or 2 ...
I think I will just find some sand to stick my head in and use the hardboard untreated.

I've made lots of picture frames, some quite large (over 800 mm in one or both directions) and always use hardboard as the backing.

Never had any movement. Sorry Bob doesn't help with your issue just shows how relatively inert hardboard is.
M

Not a problem, I was expecting hardboard to move a bit but general feedback here and elsewhere, it seems I'm worrying unecessarily.
The board is all cut now and in the house as i've been using it to check the glass sizes I collected from the wholesaler this afternoon so it will acclimatise a bit before final assembly.

Thanks everyone for your inputs.

Hi. I am a picture framer. We don't treat our hard board. I'd suggest using a barrier card behind the artwork to protect it from the hard board if anything; although, if they are already mounted I'd guess they already have this. As for pressure against the glass, the pinning in of the back and glass should be fine. What were you going to use, staples or framing pins?
M

Thanks. Untreated hard board it is. I think they are called framing points? Fired from a type of stapler.

Yes, perfect. Does what it says on the tin, I guess. Hope they turn out well
M

Thanks. I've enjoyed creating my own mouldings for the frames in various styles.

Myfordman":qdnq4abi said:
I've enjoyed creating my own mouldings for the frames in various styles.
Click to expand...

How did you do that?
M

A mix of router cutters in the router table and a moulding head in the table saw. The glass rebate was made on the table saw too.
Mitres cut on a very accurate non-sliding compound mitre saw. I used offcuts of idigbo and beech and some accent strips of sapele or similar let into kerf cuts after assembly. I'll possibly write it up for THW2 at some stage assuming I've taken enough WIP photos.
As usual with my work, no hand tools saw any daylight for the whole project. :lol:
You must log in or register to reply here.
Share:
Facebook Twitter Reddit Pinterest Tumblr WhatsApp Email Link