On the back of a previous thread, a couple of guys suggested they were interested in making one of these as per Rob Cosman's YouTube videos (there are several) - https://www.youtube.com/watch?v=-Keq1PlHNMY
The main problem with these boxes (i.e. hinges) is being able to accurately drill a hole in the centre of the dowel used for the hinge. As per his video, Cosman does make jigs for these but even the smallest costs £24 + carriage (Classic Hand tools - currently out of stock) and this seemed too expensive given that I'm unlikely to make many of these boxes.
So to the lathe and a couple of home made ones: - 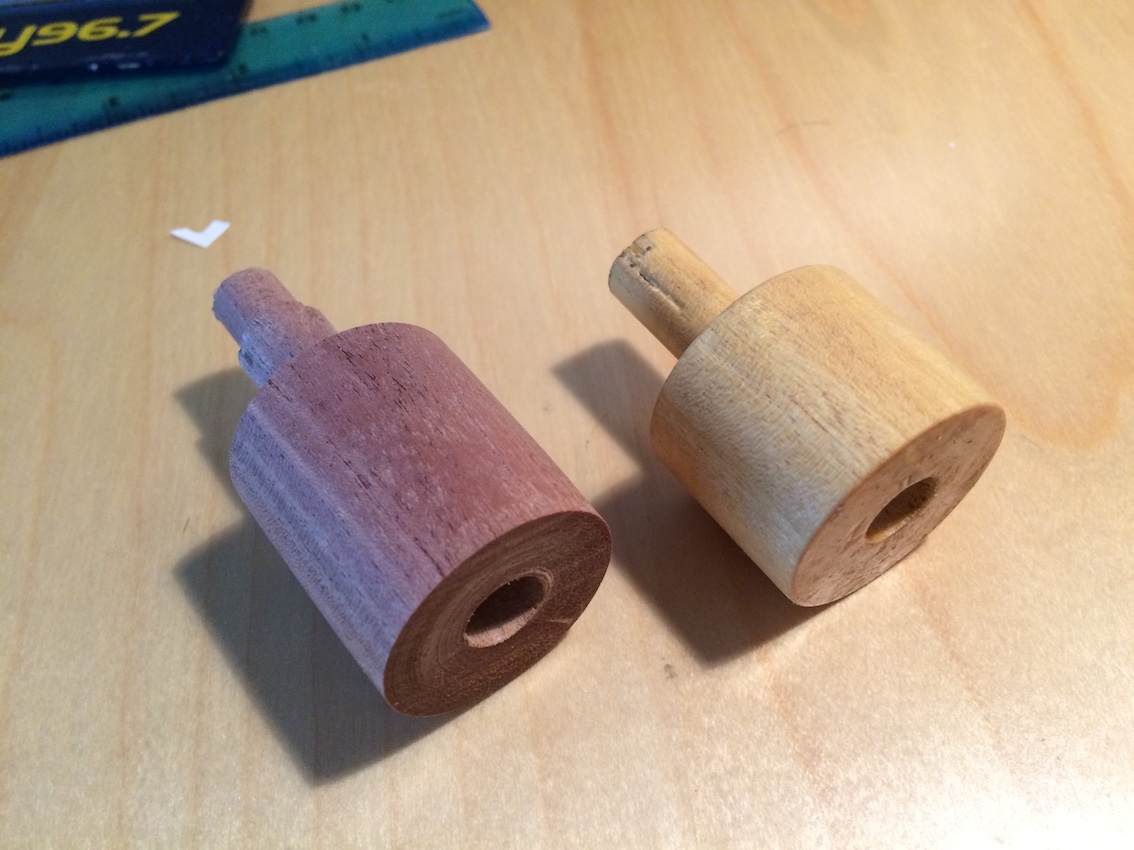 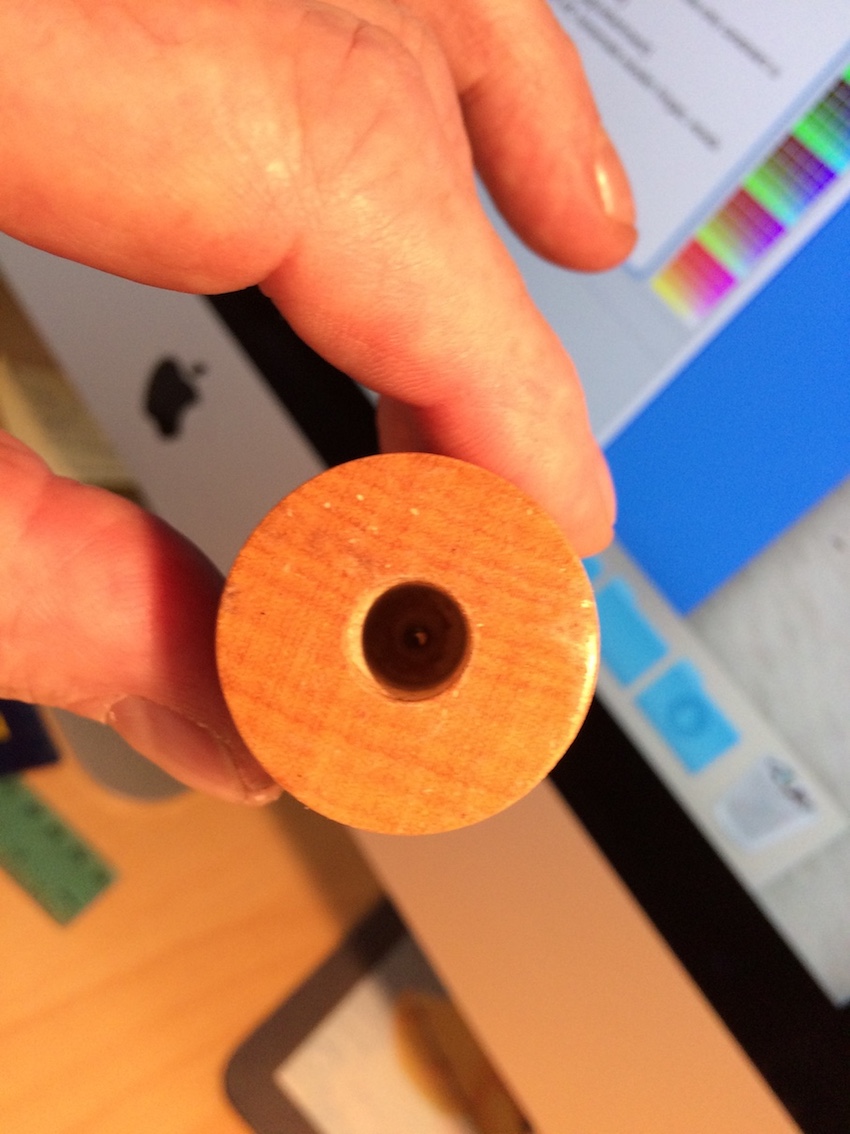 I made one out of 1 piece of wood, drilling out the hole for the dowel with a 9.5mm (3/8") lip & spur bit and then further drilled a 2mm hole for the drill bit (as I had some 2mm steel bar for the hinge). As I struggled with the length of the 2mm bit to reach inside the hole for the dowel I decided to make the next one in 2 pieces, so I drilled the 9.5mm hole and then parted off the cylinder. Remaining wood (still in the chuck) drilled for the 2mm bit and turned to fit inside the cylinder and both parts glued together.
Both are OK, they do wobble a bit and will wear out but fine for purpose.
The rest of the box is as per YouTube. I did have to buy a core box router bit but I wanted one of these anyway to make some recesses for box handles ( ~ £10 from Wealden's).
The result: - 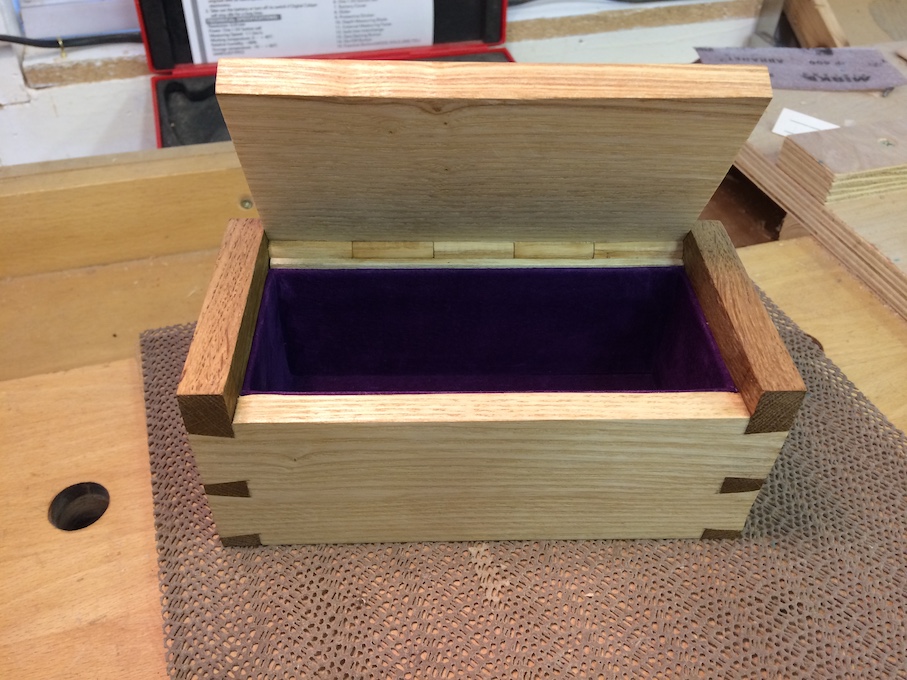 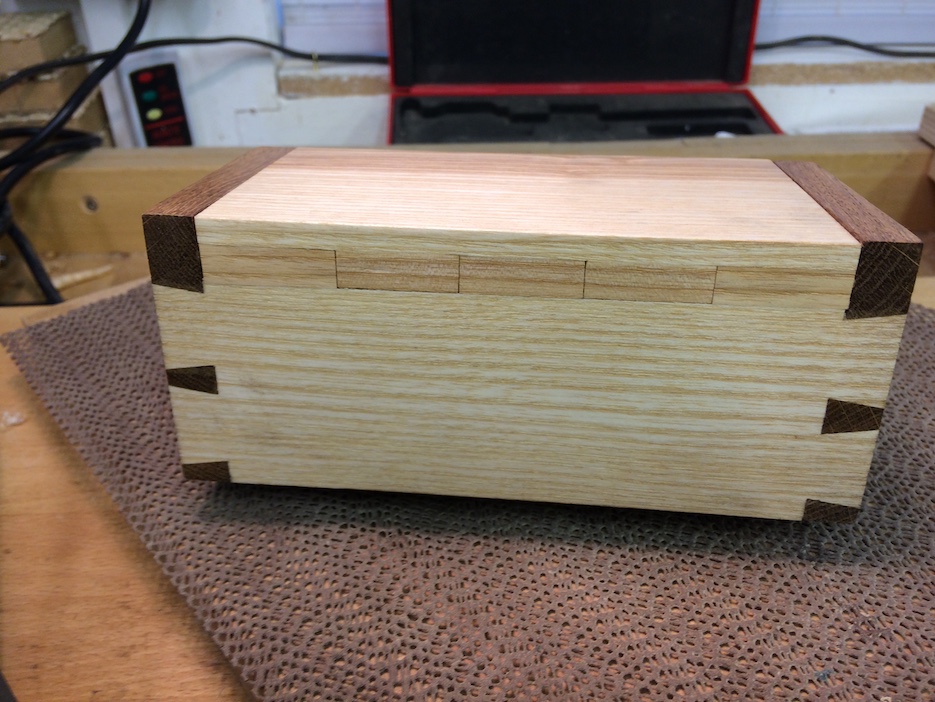 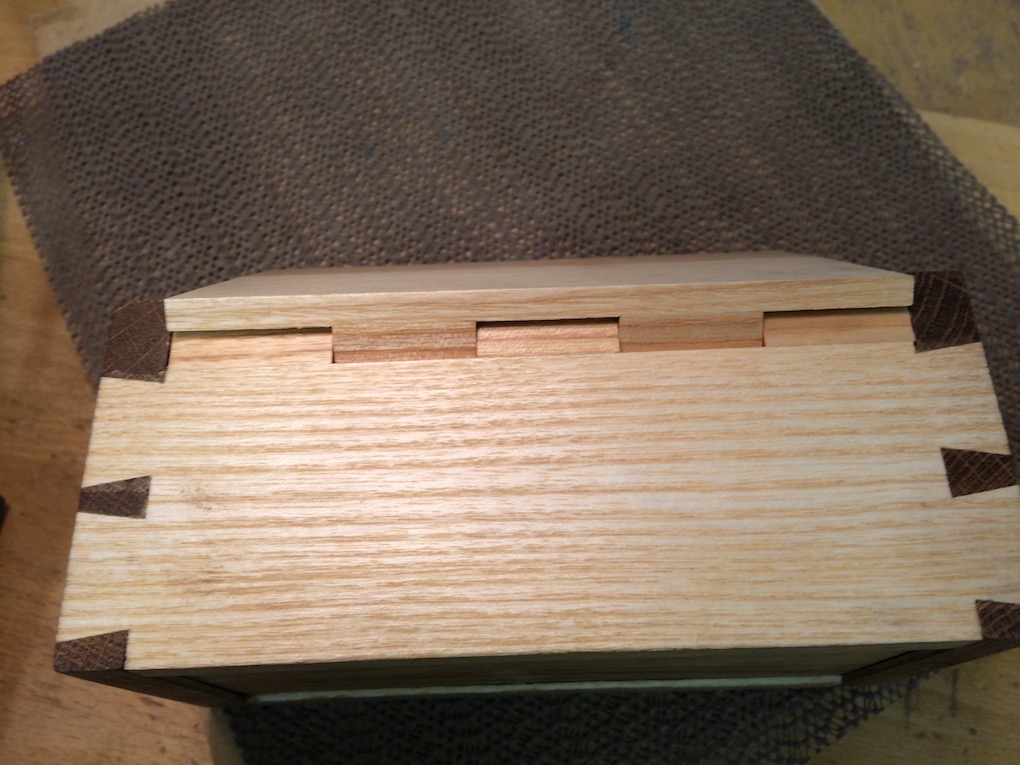 Setting up the router height and fence distance was a bit fiddly and I struggled a bit with Rob Cosman's explanation but once you get your head around it it's fine (and I made notes, drawings & kept the trial set up as I will guarantee to forget what I did).
I used some dowel I had but what I should have done was not simply try and match the round dowel to the box back but plane some down to see what the grain was like inside. Had I done that I would have had the lid the other way around so that the darker woods matched! I can now understand why Rob makes his own dowels from the stock he is using for the box.
Overall relatively straightforward and the box has now gone as a birthday present (and the recipient loves it) so double result.

nice job. i am going to have a go at this when i get a bit of time. I wondered whether i could drill using a collet chuck on the lathe?
W

I haven't seen the video, but in metalwork the easiest way to get a hole in the middle of a round piece is to make the hole to size first, mount the piece (using the newly-made hole) on a sacrificial pin fresh-turned in the lathe, and then turn the outside diameter of the piece to size.

Apologies if I'm teaching my grandmother to suck eggs
G

marcros":2h4ypue5 said:
nice job. i am going to have a go at this when i get a bit of time. I wondered whether i could drill using a collet chuck on the lathe?
Click to expand...

I'm not sure whether that would work as you'd have to try and centre ever piece when you mounted it? Certainly worth a go as you're only drilling a couple of mm into each end but as you've got a lathe you could make the jig in a few minutes anyway. If you want my notes on setting up the router just give me a shout.

Woodmangler - always glad to get advice. The build of the hinge involves drilling shallow holes in the end of each hinge section, so for my box that's 8 holes. Certainly possible doing it your way but it would take ages, hence the jig. The video shows it better than my explanation.

R
drilling round mortise in round tapered leg