Our local botanic garden saves itself some money on disposal of greenwaste by allowing members of its Friends organisation to remove any timber fellings/thinnings. Some time last year I picked up a load for firewood and left it to dry. Cut up one of the lengths yesterday and was surprised at the weight of it. Did a check and the specific gravity is about 1.3, so it sinks like a stone in water. Couldn't identify it, but talking to the Head Gardener today (while collecting another trailerload) he said straight off it was Exochorda. Can't find much about this on the web, as most of that family seem to be shrubs and the bit of trunk in question is about 10" diameter. It splits pretty easily, but is incredibly hard, with a really nice grain. Unfortunately, I'd dismissed it as a bit of wet yew when picked up, so all the pieces are very split, so not useable for much. Wondered if anyone had encountered this? 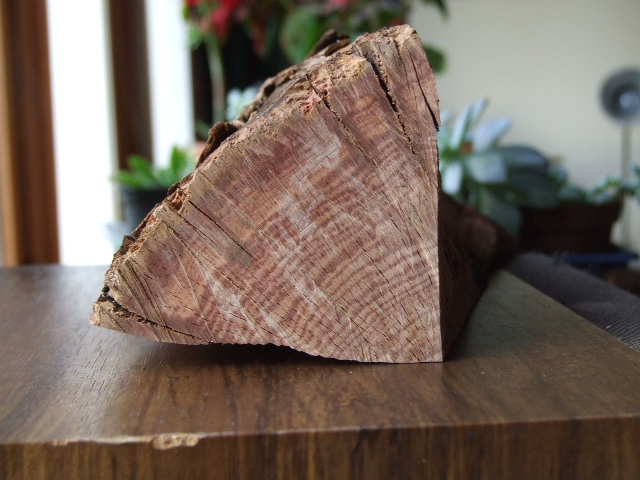 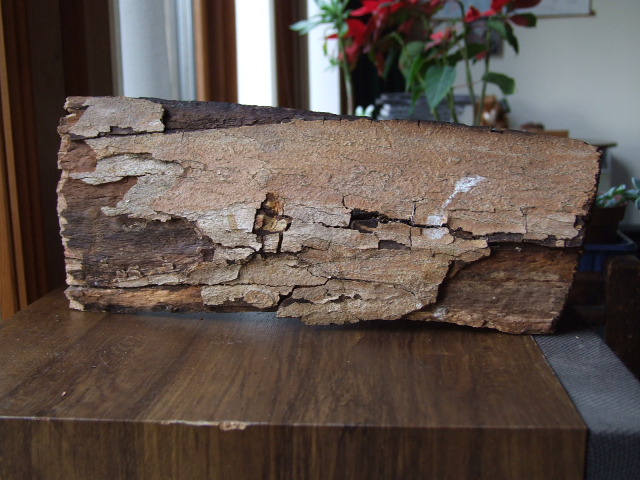 Sorry about repeat of pic of bark; I'm out of practice on this forum!

Pity you did not have earlier warning of its potential, allowing you to plank or slab it for drying.
If all the rescued pieces are like that sample though then there's great potential for a turner who does segmented work or a small box maker.

Can just see those grain stripes shouting their presence in something like this. 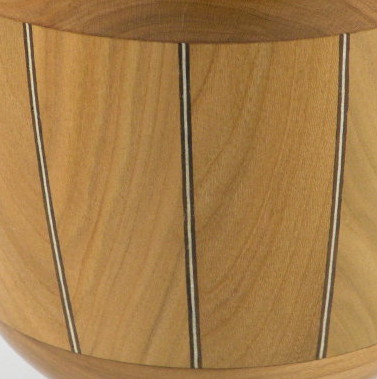 I have some Australian Horizontal Shrubwood that looks very similar to your piece.
S

If it's that dense I bet it's blooming good firewood.
D

Suffolkboy said:
If it's that dense I bet it's blooming good firewood.
Click to expand...

Actually, it's not. I only tried one log in the woodburner, and it almost needs a separate heat source to keep it smouldering! Did use a blob of it as weight for page divider on recipe holder for daughter, but otherwise still seeking inspiration.
You must log in or register to reply here.