FTAGH - Battery with charger - spoken for

I had a Workzone (Aldi) cordless drill. Past tense. Just before Christmas it went up in smoke, literally. Saddened, as it been a good little workhorse, but not impressed it had not yet reached its second birthday. Never mind, Aldi have a 3-year warranty.

Do you have the receipt, sir?

Of course I don't, but no problem, just prove that I shopped in Aldi at around that time and all shall be well. And so it was, I just had to send a photo of the decommissioned drill and my claim was accepted by return of email. Just waiting for the cheque now. Cheque! Who on earth still uses cheques? Aldi, apparently.

The upshot of all this is that I have a battery and charger that are still good and which I can't use. So If anyone here can, drop me a line and I'll pop them in the post. The battery still holds its charge well. 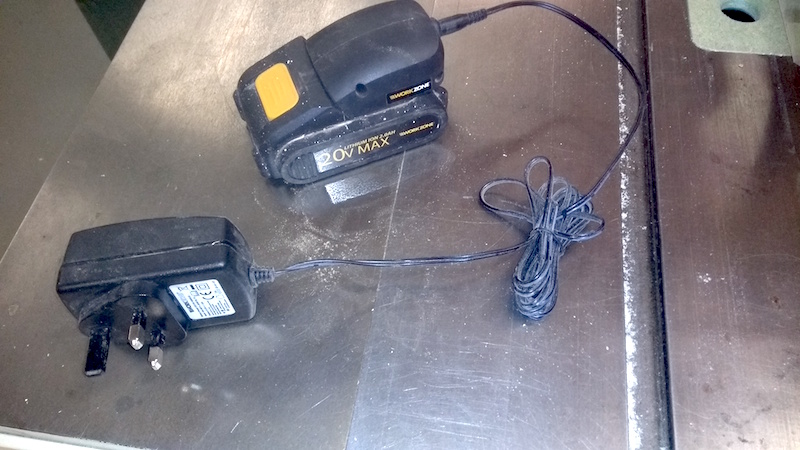 Yesterday I was in Aldi and they had a combi drill for £40. More than my old one cost, I'm sure. But I bought it. It has only a 1.5Ah battery (the one above is 2.0Ah), but, and I didn't realise this when I put it in my trolley, it is a hammer drill. I thought combi would just mean drill & drive, but it has a hammer function, too, so that will be jolly useful.

Yes please. I could make good use of this.
Surprised you haven't had any offers.
Let me know the postage costs & your Paypal address.
Thanks

Ok, Robbo, it's yours. PM me your address. Glad I've not got to chuck it away.

Arrived today. Packed in a box that looked like it was designed to fit. You must have a better stock of used boxes than me & I have about 25 kicking about.
Many thanks.
You must log in or register to reply here.

Confession. I have a Parkside problem!
4 5 6