Can anyone identify my pear?

The pear in our garden has done exceedingly well the last couple of years - which is pleasing as it was a mess when we moved in five years ago (weak, spindly, covered in ivy). It would be nice if we could identify it, Any experts out there?
The fruits are currently reluctant to leave the tree. I removed about a third of the crop a few weeks ago as the tree was heavily overloaded. Even cooked they did not have much flavour.
Fruit harvested later in the year will have a much better flavour (I know this from previous years) but I have not tried storing the uncooked fruit for flavour. I would be a bit more adventurous if I thought this was a variety that would improve from storage.
Any ideas? 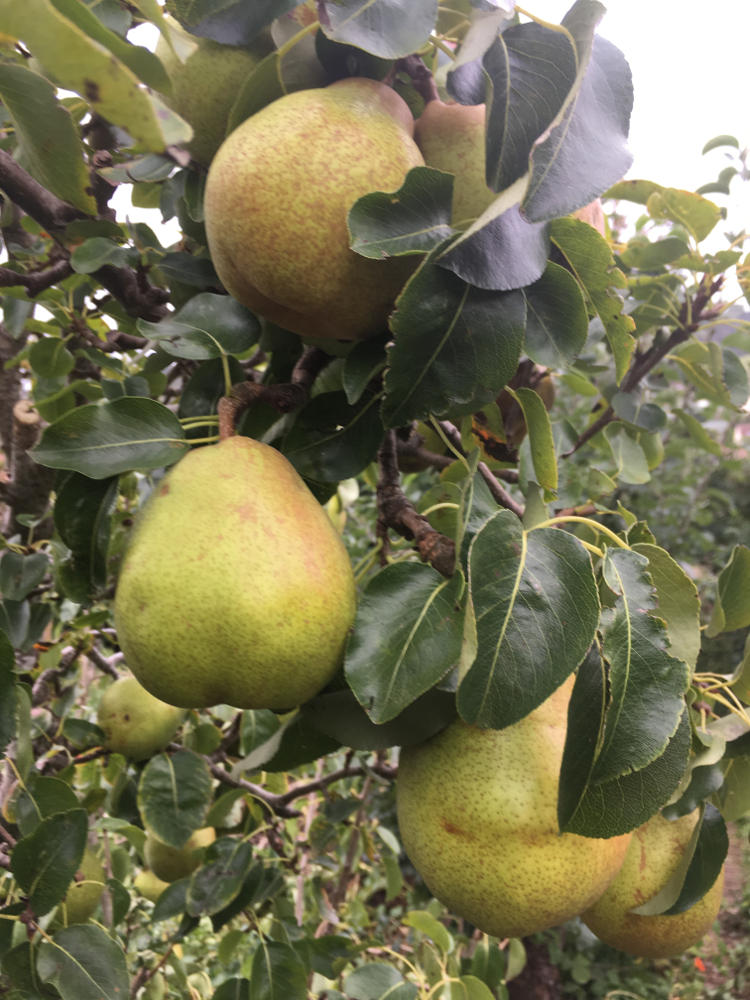 How about asking the experts of the National Fruit Collection at Brogdale? Costs a few quid, but may be deemed worth it for a professional assessment.

The shape is definitely right, but the books say that that one is early ripening, and I am not sure that this fits my pear. My pear leaves look more shiny, and the canopy denser, but that could be my (inexpert) management.

Now I start looking I find there are almost as many pear varieties as apples. My oh my.

Can anyone identify the maker of this Japanese saw?

H
Can anyone identify this moulding profile??