The original fence on my Inca bandsaw was missing, so at the time I bought it I got a very cheap Axminster fence. It fits the saw well, but it was simply too flimsy and had a too much flex. I found some other aftermarket fences too expensive, so decided to make my own with aluminium extrusions.

Wanted to share it as some other people might be in the same situation with a vintage bandsaw without a fence, and this basic design can be adapted to any size bandsaw I think. Overall it cost me about €40-50 in parts. If you get the parts locally it could be even cheaper, maybe €30 (shipping costs are high on extrusions). 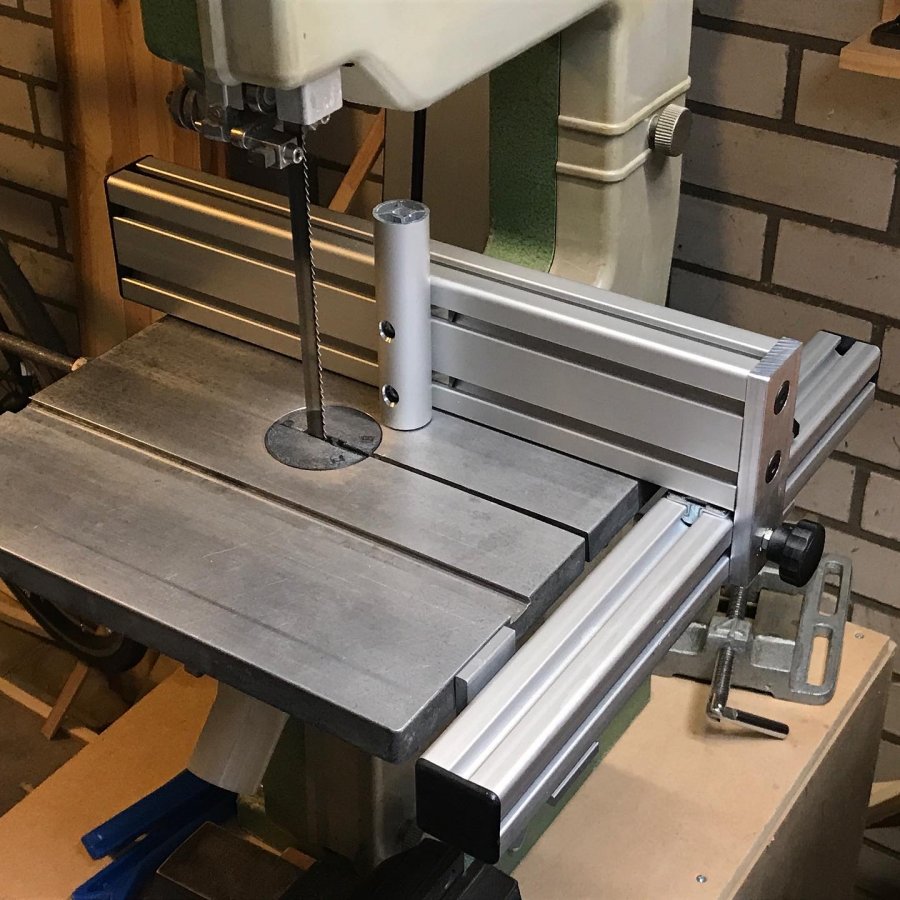 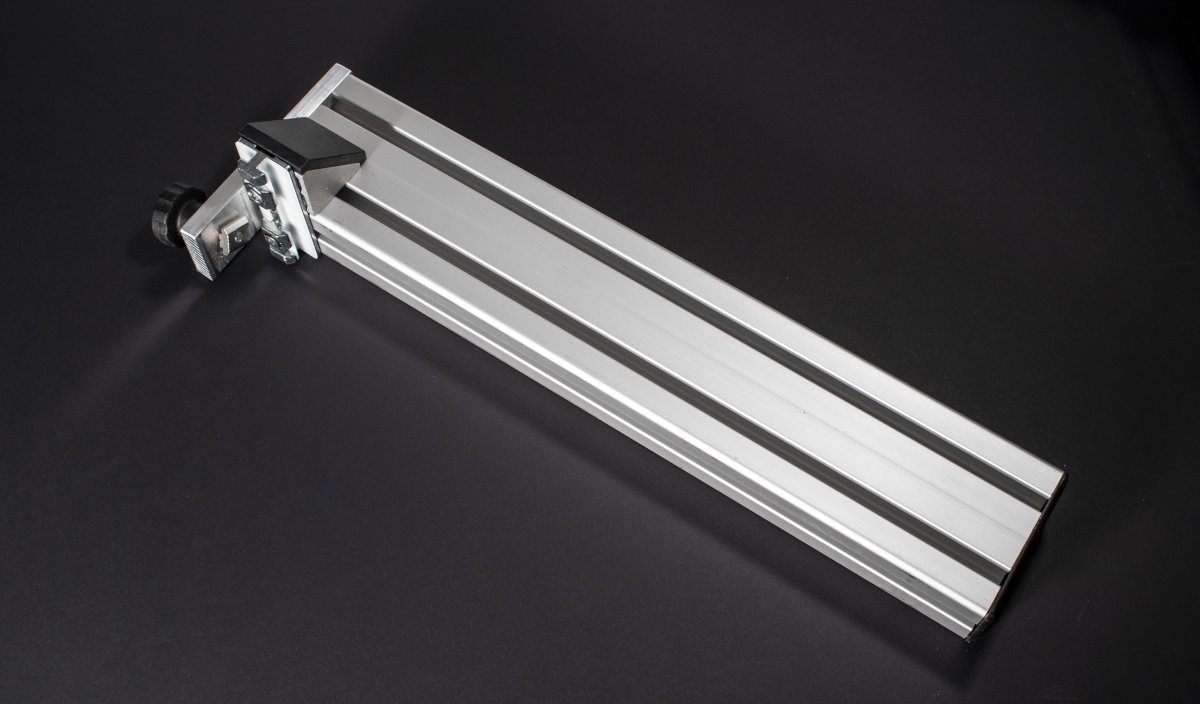 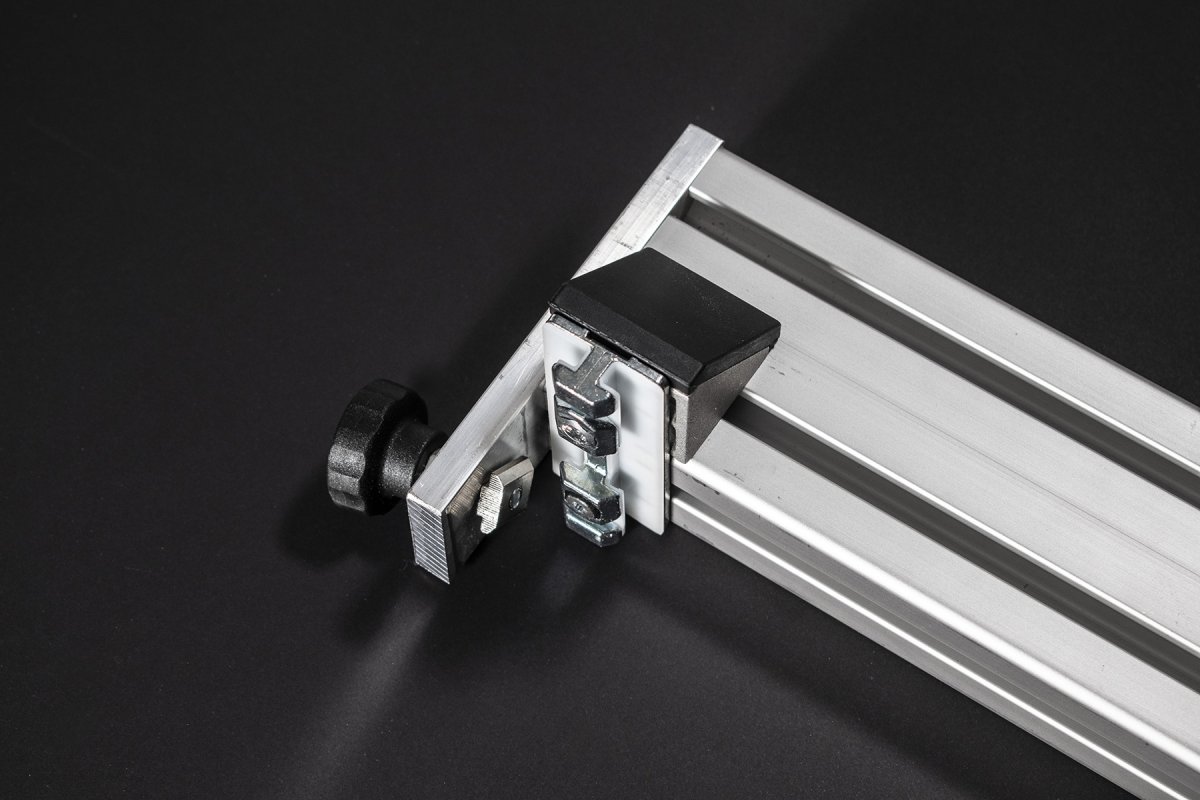 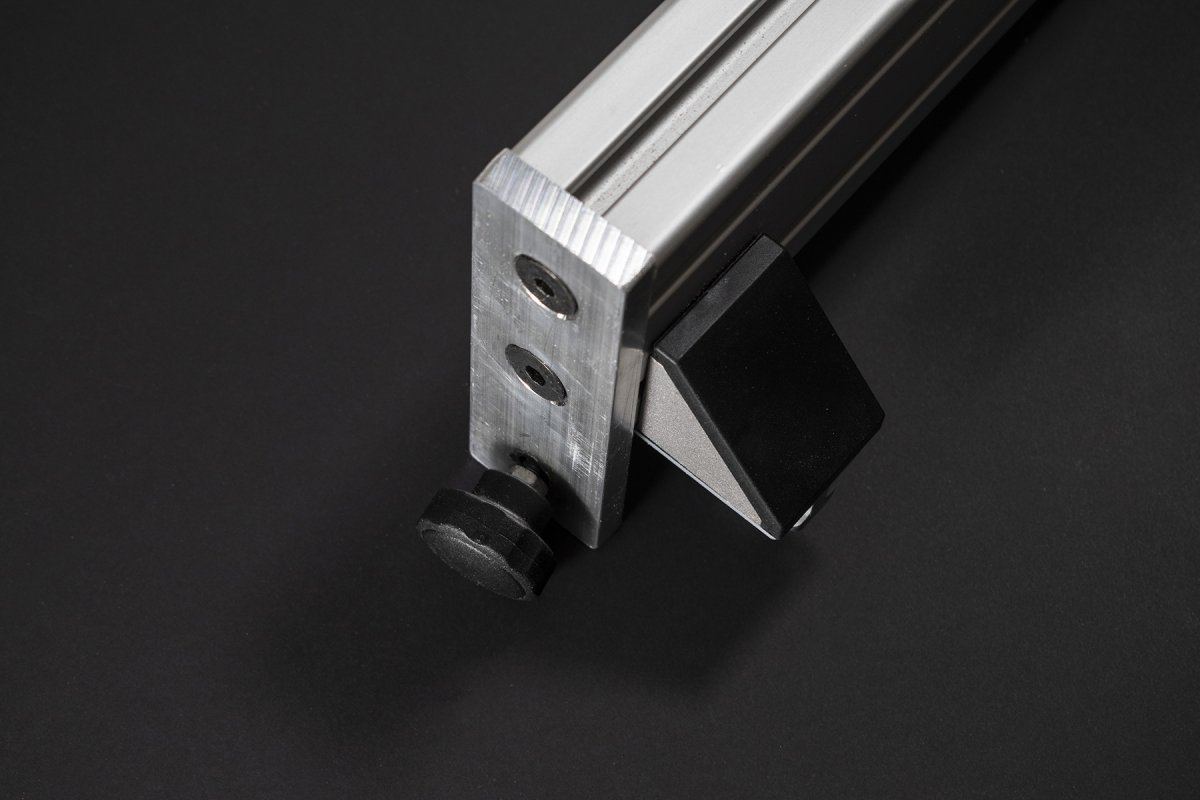 Because the fence always locks in the same position, if the track is correctly angled, it will guarantee the fence be parallel to the blade.

Resaw bar
I’ve also added a resaw bar, made from a circular aluminium extrusion. It can be attached to the fence with two bolts and glide nuts. I never used a resaw bar before, but was surprised how well it works.


I’ve also designed a 3D printed flip stop which can be used a depth stop.

WIP
Although the basic design works well enough, it’s still a WIP and there’s a few opportunities for improvements. One flaw is that the miter gauge can’t move all the way to the front of the table due to the 4040 extrusion being in the way. A simple solution would be to rout/cut a slot in the track at the specific position of the miter slot.

Another issue is a little bit of flex at the far end of the fence. Actually I haven’t noticed it to be a problem while using the saw, but it would be nicer if there were no flex at all. This could be solved by adding another 4040 glide track at the other end of the table.

To adjust the angle of the blade more quickly, one of the M8 bolts used to attach the 4040 glide track to the angle bracket could be changed to an M8 star knob. That would make it very easy to adjust for blade drift quickly.

Another feature that could be added is a low rip fence, made from a long L-bracket with holes which bolt into the lower slot of the extrusion with sliding nuts. 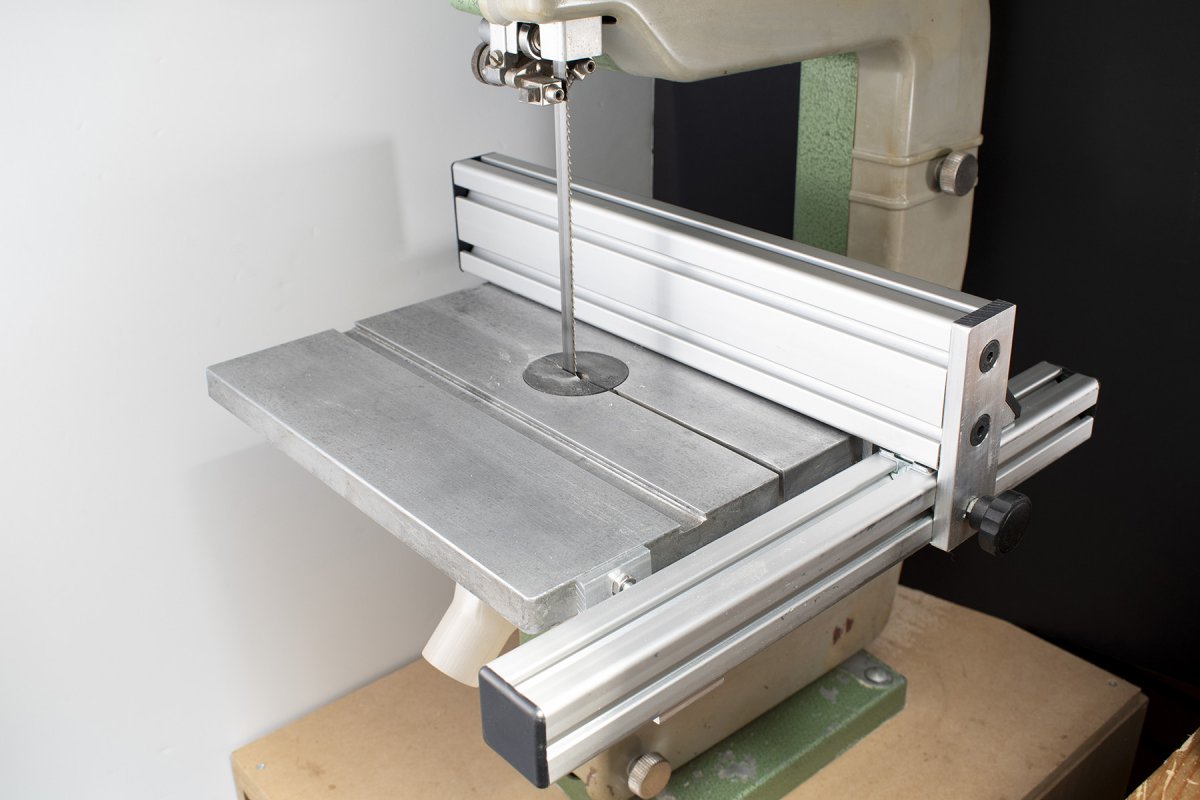 Looks kinda out of proportion to the bandsaw but it definitely looks solid and well made. Good work.

Rorschach said:
Looks kinda out of proportion to the bandsaw but it definitely looks solid and well made. Good work.
Click to expand...

Thanks, it looks a bit more extreme on the photos than in reality, but it's definitely a bit more beefy and unrefined-looking than the small Inca.
O

Looks better than a bought one.
J

Really like the look of that fence, excellent job. Can you tell me where you bought the aluminium sections and hardware from please

rob1693 said:
What's it like for blade changes the original fence system just rotates out of the way
Click to expand...

At the moment the track has to have one bolt loosened to make blade changes. But if you change that bolt for a knob (like in your photo) and make the slot open ended, you could effectively have the same system as the original. Will probably make that at some point, didn't think of that solution before I saw your picture.

Alternatively the track could also have the two brackets attached to one side of the blade slot only. But that might not be sturdy enough.
Last edited: 6 Jul 2021
R

Johnwa said:
Really like the look of that fence, excellent job. Can you tell me where you bought the aluminium sections and hardware from please

I've bought them in the Netherlands from aluxprofiel.nl. If people are interested, I could make a list of the parts and do a little research on places that sell the correct ones. I think they're part of some industry standard, as I found a German shop selling the exact same parts too.

Very nice . Vintage machine tools are deserved of our time and efforts

B
Homemade Router Table With Adapted Trend Back Fence