My father wants to get a table saw, he is 76 and will not use it an awful lot, however there are some things for which it will be really handy.

Thing is given the level of usage he won't spend more than a couple of hundred.

He does have a small chop saw, and a cheap clarke bandsaw.

he emailed me asking for advice on these two. 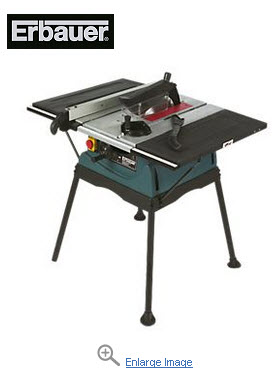 I looked on Axminster, and found this.

The TS200 seems the best as it's a actually just the central part of a larger package.
however it then lacks the side tables and stand, and has seriously less grunt.

Just got the axminster TS-200 full kit and have been very impressed with it, took about 2 hours to put the whole kit together but the basic saw is ready made up. I managed to rip some 2x50mm redwood edging with the first cut and whilst it doesn't quite have the capacity of the 10" cheaper saws I think it makes up for it in accuracy, cast iron bed and the induction motor which is pretty quiet.

In short, if he has a bench that he can put it on then he should get the Axi although it weighs nearly 40kg so I doubt he'll want to move it around a great deal!

Hardwood66":1alpthz2 said:
The jet or the Axminster for the after care and spare parts
Click to expand...

The aftercare, the spare parts, and the lower proportion of plastic components. (I expect pressed steel probably doesn't have huge structural integrity benefits, but it still gives me a warmer feeling about how much cost-cutting factored into the design of the saw.)

I bought the TS-200 a little while ago, and I've also been happy with it. I've ripped and cross-cut (with the included "Axcalibre" blade) and had no particular problems aside from the probably-inevitable need to plane my rip cuts a little to a finish smoothness. (I'm sure a dedicated rip blade would help there, though.) The induction motor was one of the deciding factors for me - none of the other saws I saw in its class had one, and I have enough screamy brush motors already!

I'd go for the Axminster TS-200 - as has been already said all the others are hugely noisy brush-motored monsters.
P

'Have you considered the ryobi with the sliding carriage? . . .don't have one myself but you seem to get A lot of saw for your money.

it needs to go in to a very small space indeed, so I think anything with a sliding carriage is not going to fit... I looked at some ryobi, however for £200 with aluminium tables and brush motors, still leaning towards the ax.

Not sure travelling from Italy to north Wales for that is going top be practical...
D

wcndave":3fiyh2zk said:
Not sure travelling from Italy to north Wales for that is going top be practical...
Click to expand...

Whimp . What did you get in the end?

He's making do with a circular and a home made guide at the moment.

Yer... He's using it for cross cutting 4" boards..
You must log in or register to reply here.

D
How can I improve my Clarke Table Saw Fence?