I may not have a proper workplace, but...

And the view, in about ten minutes time, will be the departure of the last leg of the Volvo Ocean Race.

The start line is smack in front of my balcony, rather less than 1 mile (NM, mind you!) away.

No wind to speak of, so it's bound not to be very exciting, certainly less than 3 years ago. But, what the heck!

Well, here goes just one of them (you are diverting me from my watch duties, I must go back to the balcony... :wink: ). Sorry for the not so good quality, the optical zoom in my oldish Canon Ixus is just 3x.

They start upriver, round two buoys about 3.5 miles upstream (see https://s3.amazonaws.com/volvooceanrace ... lisbon.jpg), then downstream and off to the sea.

If you want some more, just say so.

That is considerably better than my view, although at least the OSB shuttering that has been boarding up the windows of the house directly opposite for the last year or more has finally been removed, which is a start.

Steve Maskery":3go8gfy9 said:
That is considerably better than my view, although at least the OSB shuttering that has been boarding up the windows of the house directly opposite for the last year or more has finally been removed, which is a start.

Er...I'm afraid my wife would not allow it - she found the place some 20 years ago, and just told me we were going to buy it, period!

Now, for the photos on the way out. Something must have happened - maybe they altered the circuit - because it took them two full hours to cover what I now evaluate at 10nm. Which gives an average of 5kts - from beasts such as these??? Even with so little wind, that's ridiculous.

Crossing the line on the way out: 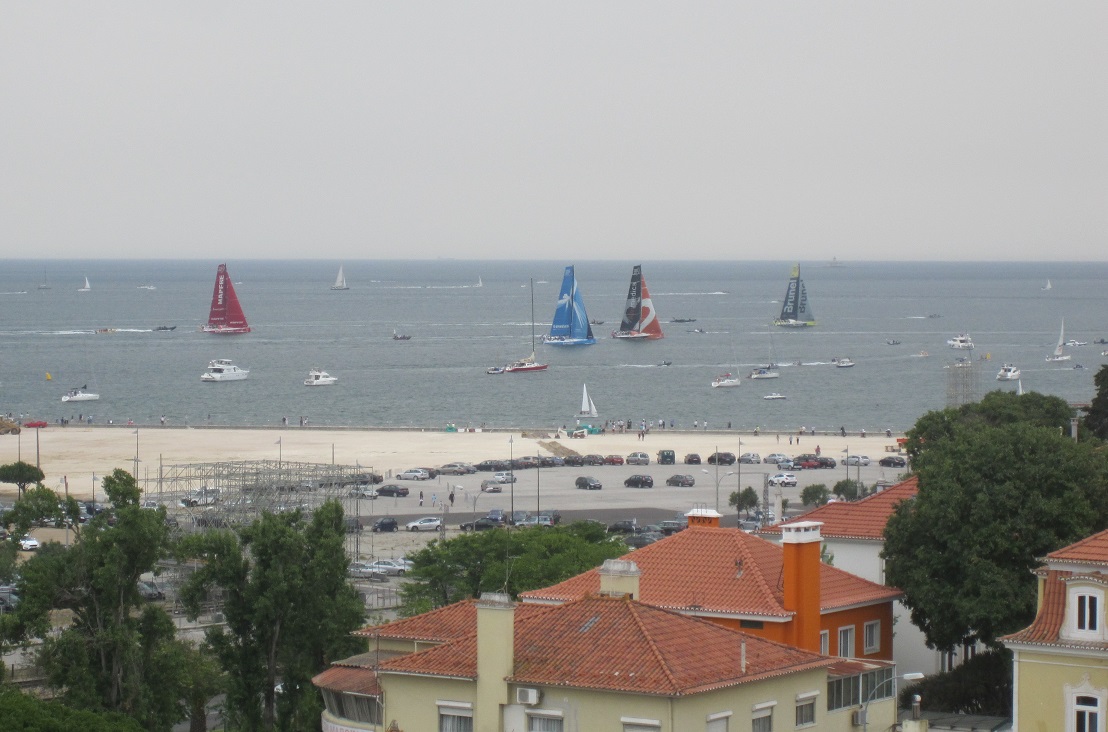 The small islet with a lighthouse you may (or may not...) see on the horizon, just in front of the leading boat (Team Brunel), marks the oficial end of the estuary of the Tagus and the beginning of the open sea.

And then , about ten minutes after the above picture was taken, there was a sudden gale and the view became like this: 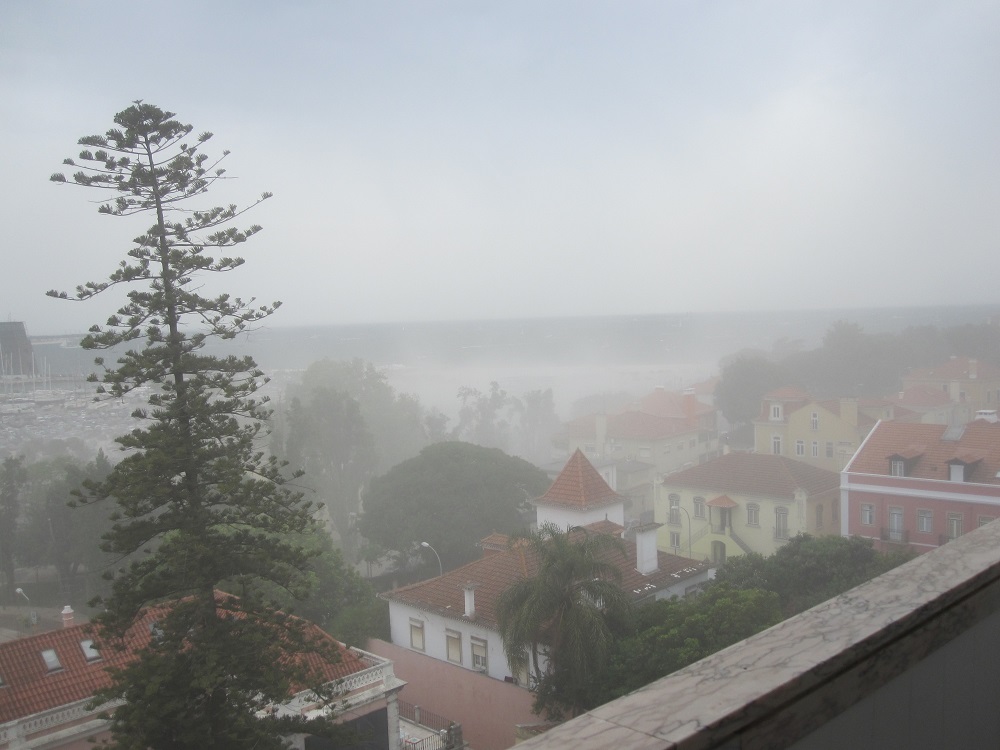 That is dust, not rain! Fortunately, it lasted for only some five minutes.

I hope you enjoyed the view - at least while it lasted. Not much wood in there, though, I'm afraid.

They are without a doubt the best looking Volvos ever! :lol:
H

Not envious at all!