While rummaging around in the wood store I found this striking piece of "something" no idea what it is or where it came from. Can any one I.D it?

Unfortunately my phone camera doesn't pic up the colour of it properly but it's a very vivid reddish orange with lighter orange streaks.
It has a similar grain pattern and feel to Iroko and equally as nasty dust. it feels fairly heavy and dense too. Going by the grain structure and pattern it could be iroko but I've never seen a piece this colour.

It doesn't resemble any mahogany I've seen and the colour is much more orange than dark red.

I thought it maybe bubinga but I've just searched that and it doesn't seem to match.

Another thought was paduk but again I'm not sure.

Any one recognise it? 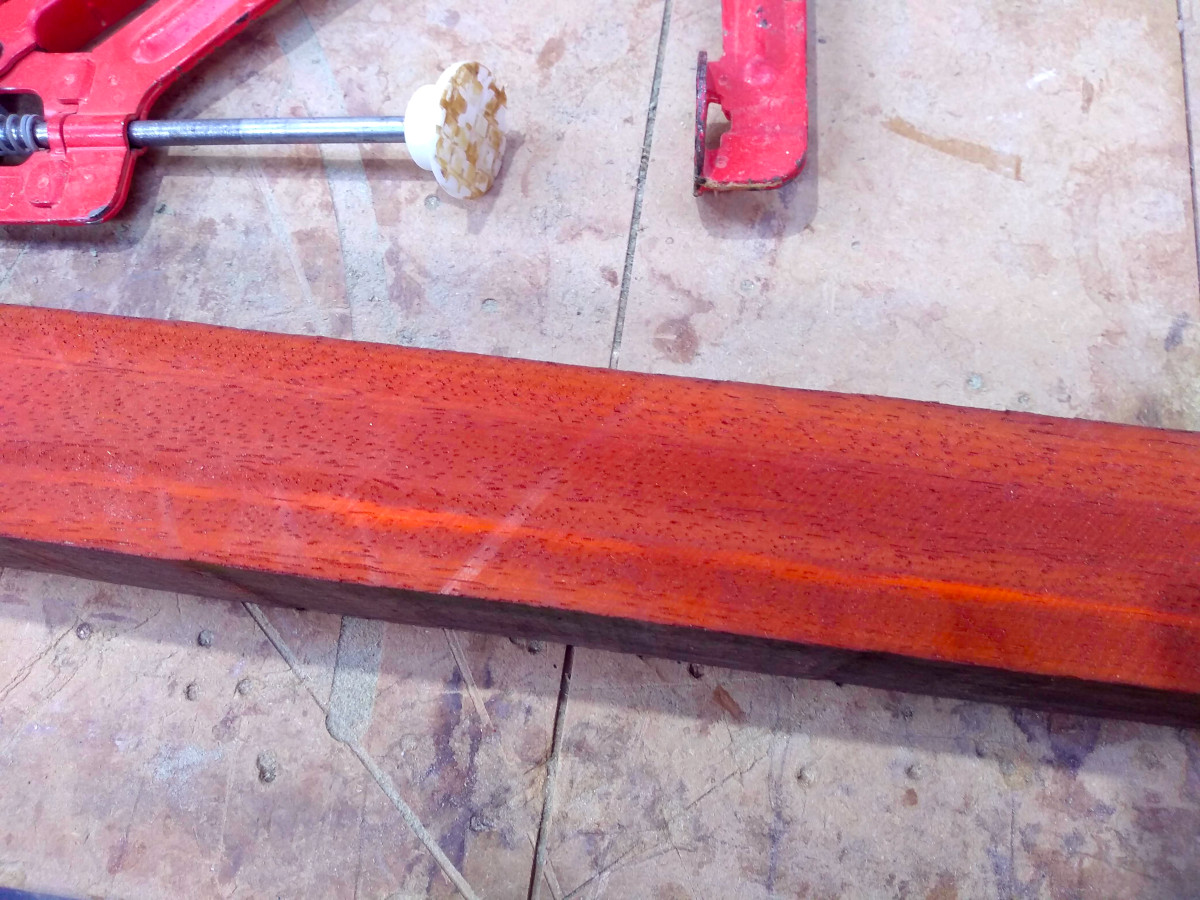 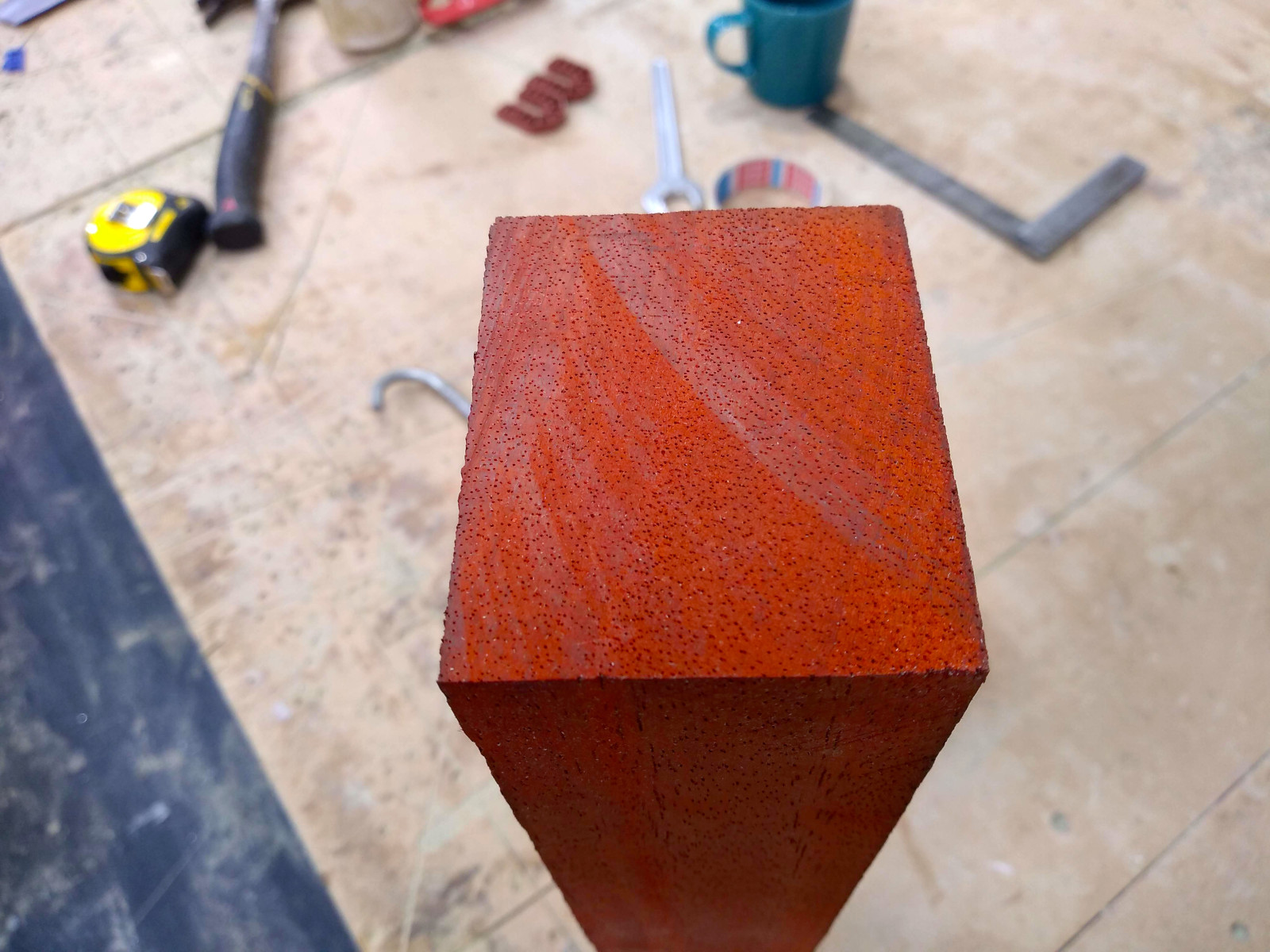 I was going to sand and polish a piece to see what it looks like finished, it could make a nice plane infill?

my first thought is padauk, particularly when you mention the vivid colour.

I totally forgot to give it a good sniff. I'll try cutting and planing a bit tomorrow to see how it smells.

I did a search for padauk, it could be that but I'm not 100% convinced.

I would say it's Padauk, wonderful colour straight after working with it (except on your clothes, the dust will actually leave stains from experience!) but after about five years the timber will have turned a darkish brown and the bright red will have disappeared as is the unfortunate case with many exotic and colourful timbers.

The dust can be pretty harsh depending on the person in a similar way to Iroko, it's a sensitiser, the more exposure you have to the timber over time the worse your reaction to it gets.

I’d have said Padauk I use it for segmented work, here’s some as a reference glued up with Maple 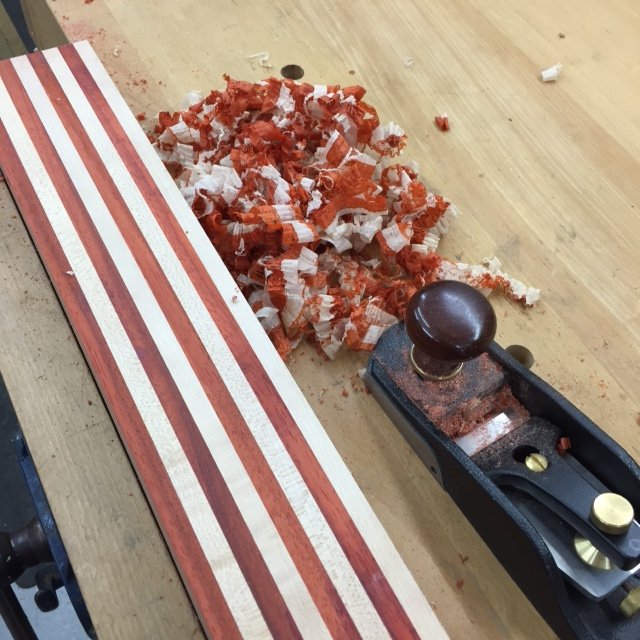 Thanks for the help chaps.

I found another piece and had a quick go at planing it.
It's got quite a nice smell, its sweet with ashy undertones, seems very familiar but I can't pinpoint why.

This piece had some sap in to. Looking at your picture Doug it seems very similar so can safely assume it is padauk.

It's a shame the nice rich colour wont last. I wonder if coating it in clear epoxy resin would help to maintain it's colour? 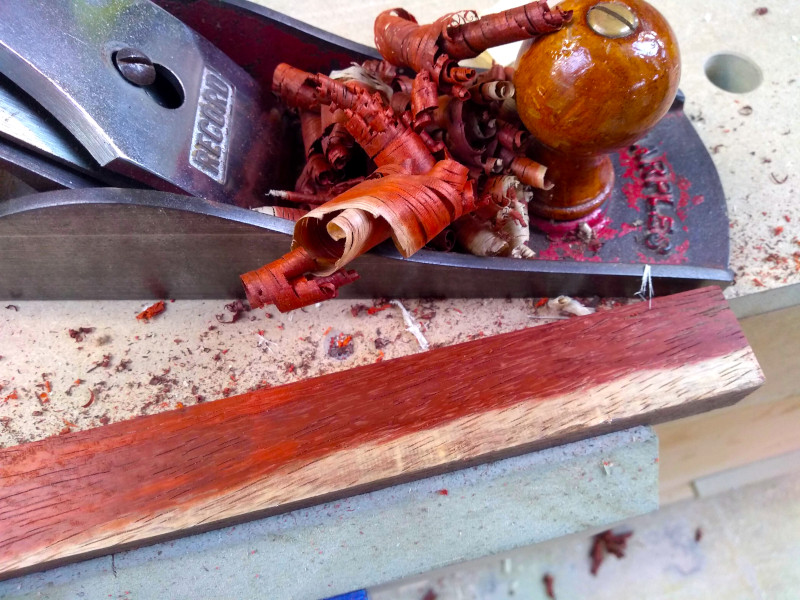