Having trouble coming up with a design for a window, just seen someone else asking advice about a bay window so thought I would ask about mine!

It's in a hairdressers, right on the pavement. Existing window is as photo, single glazed and quite rotten. There are four other windows round the side and back of building being replaced, they are straightforward stormproof style. 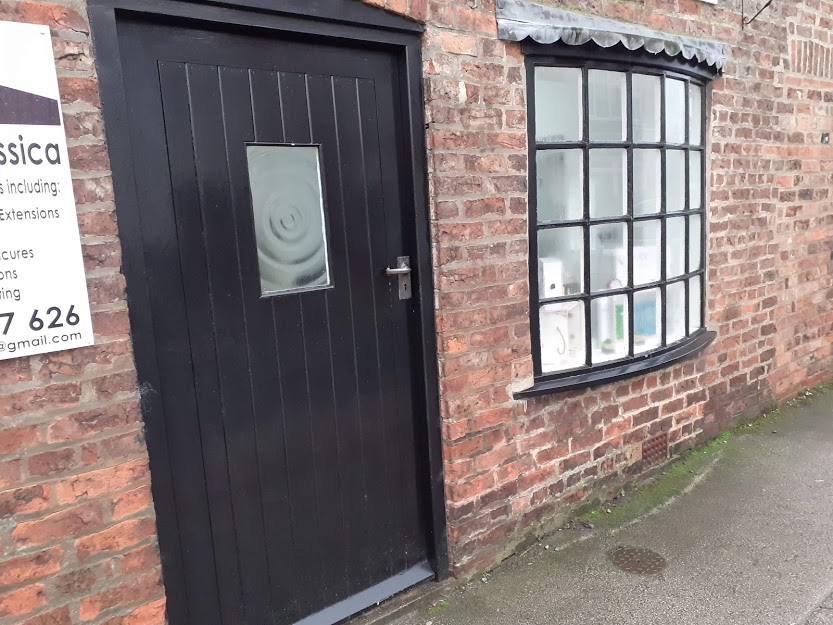 Obviously new window has to comply with regs so needs to be double glazed, existing has no opening sashes, one would be handy but not essential. A window that let more light in would be good, if it was up to the tenant they would have just one full pane but I am not keen on that. I find the little bow window quite quaint, kind of suits the old building but not easy to replicate double glazed, also not really that practical. Happy to replace the bow with a flat window though if style is right. It was originally a butchers shop and going from old photos window was originally a Yorkshire light but I think the opening has been made higher than it was.

Will be replacing the door for one with more glass in so that can be made to match style of window.

Anyone got any good ideas?

What's in the rest of the street? Are there any matching properties with unchanged windows that you could copy? Or old photos of this building? So many buildings have been spoiled by fitting inappropriate windows, so maybe this could be a chance to put one right.
D

It's in the centre of a village with a mix of old and new houses. The house joined on the right of the hairdressers is a typical 2 up 2 down which I guess had sliding sash windows in but at some point replaced (spoilt)with 6ft wide x 4ft high stormproof windows. If you look closely at the photo you can see to the right of the window someone has bricked up a doorway and left in the soldier course above #-o #-o #-o

Think why I am struggling is because I don't want it to look like a house but don't want to go full on shop front with a full single pane window and door.

That window is gorgeous. I would repair that, rather than change it.

Again, changing the window design will almost certainly need planning permission, and if you are in a conservation area or the building is listed then you'll be up against it to put in a different style.

As Andy says, whatever is in keeping with the street as a whole. Your existing curved window could be the odd one out which isn't necessarily a bad thing but it may help you decide on what to do with it.


MikeG.":2zk7m8dk said:
Someone coming along in 100 years' time should be able to work out what the original form of the building was.
Click to expand...

MikeG.":3n0mx239 said:
That window is gorgeous. I would repair that, rather than change it.
Click to expand...

That's what I didn't want to hear

I agree the window looks right but it has no real history, it was fitted in the early 80's when everyone was putting Georgian style bows in everything. It is really rotten, I would have replaced it a few years ago but my painter did an amazing job of filling etc and got a few more years out of it but don't know how much longer it can limp on for.
D

Thanks Mike, you don't know how happy that has made me! Every morning I pass it I look at those bricks and it has wound me up but now I know they should be there my life will be a better place

Only the front. Unless of course you welcome our self-interested tax-avoiding personal-info-selling over-lord into your back garden.

MikeG.":2h4kkyys said:
Only the front. Unless of course you welcome our self-interested tax-avoiding personal-info-selling over-lord into your back garden.
Click to expand...

At this point, they're probably in the water I'm drinking.

I’m with you, rip it out and replace with a new window. Taking it out and repairing it will both cost far more and also never be as a good as a new window. I’m certain there will be cries of heathen uncivilised chap as a consequence. However a rotten window that’s had new timber spliced in or worse still resin injected to stabilise rotten bits is in my opinion never going to last as long as a completely new window.

I’ve never understood the view of ‘allowing a building to be read in 100 years time’ by keaving it looking botched and an eye sore. Leaving the door bricked up like that is just crazy in my view. Luckily these days as I understand it government policy is to encourage us all to knock down and rebuild old buildings and replace with modern thermally efficient construction.

Anyway, looking at the window, I might be wrong but is the glass also curved?
It might be difficult to find someone with the skills to build a curved window with an opening, there appear to be a diminishing number of people left who have made such a window.

deema":7ykxobbo said:
I’ve never understood the view of ‘allowing a building to be read in 100 years time’ by keaving it looking botched and an eye sore. Leaving the door bricked up like that is just crazy in my view. Luckily these days as I understand it government policy is to encourage us all to knock down and rebuild old buildings and replace with modern thermally efficient construction.
Click to expand...

I grew up in a tiny village in Cornwall. Back then, the done thing was to knock down your cold, draughty, dark farmhouse or cottage and build a nice, sensible cement block bungalow in its place. All the old stone outbuildings were bulldozed to make room for corrugated iron pole barns, which you could drive a tractor into. Think of all those quaint little cottages, farm houses and barn conversions, now worth half a million a pop, which were thrown away because they didn't conform to the trend of the moment. You are here briefly - try not to make too much of a mess for other people to clear up after you have gone.

It's one of the governing principles when dealing with Listed Buildings. We only have so many in the way of, say, 16th century lobby entry farmhouses or 19th century lay-shaft mills, and if they were modernised removing the redundant features and allowing the insertion of new openings, replacement windows and what-have-you, then there would be effectively none left.

by keaving it looking botched and an eye sore. Leaving the door bricked up like that is just crazy in my view.
Click to expand...

Like that, yes. That's been done poorly. If I had been supervising that job I would have have left the reveals unbroken rather than trying to tooth-in the infill brickwork. I would simply have set the panel back 12 or 15mm with a movement joint, leaving an obvious bricked-up door in the way of window tax windows. Given that it is literally impossible to brick up an opening in an old wall invisibly (it's extremely difficult in a new wall), your only choice is to do the job neatly and unobtrusively, rather than try to hide it.


Luckily these days as I understand it government policy is to encourage us all to knock down and rebuild old buildings and replace with modern thermally efficient construction.
Click to expand...

Here is one of my current projects: 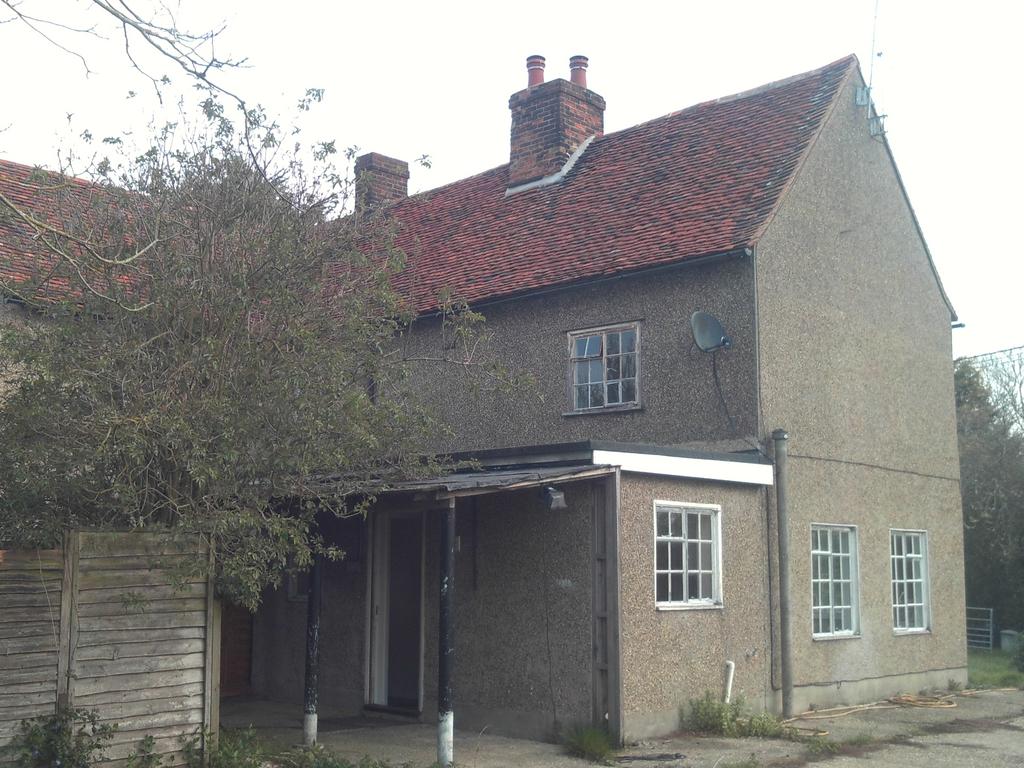 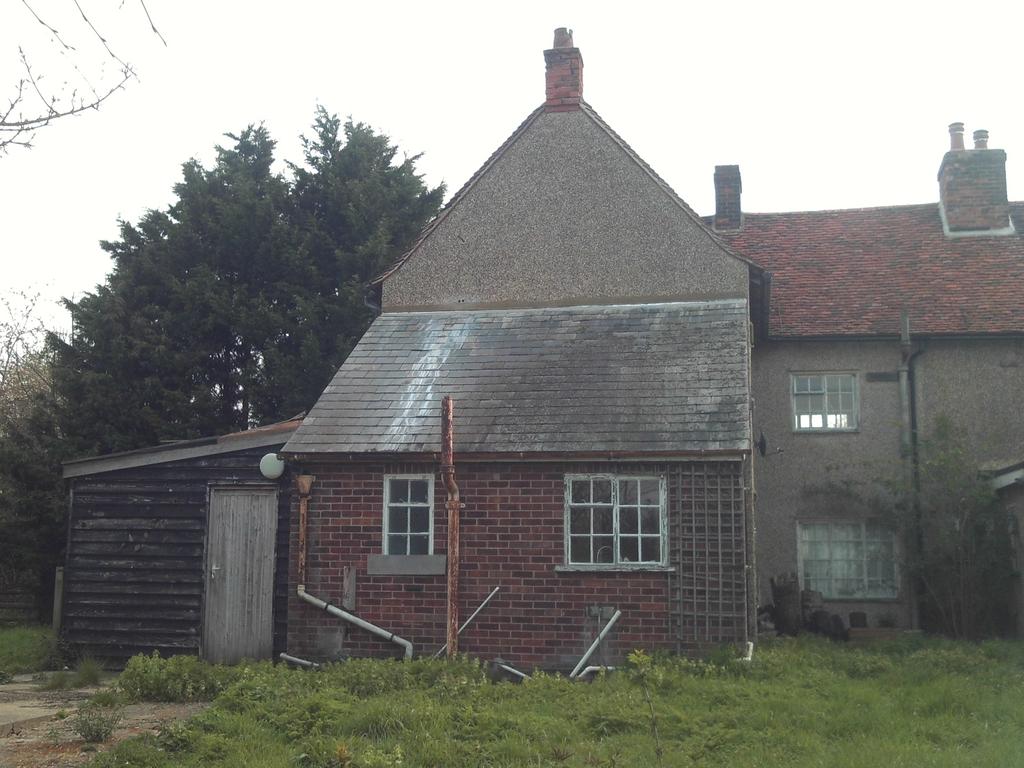 It's not easy to see that underneath all that is a late 16th century timber framed house, that before the first world war looked like this: 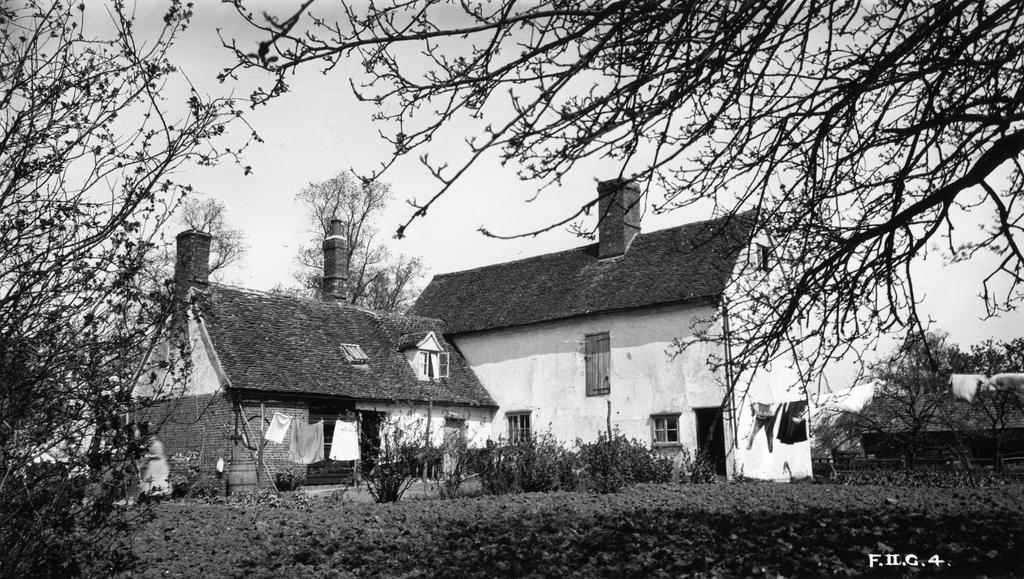 The first job we've got is to strip away all of the 20th century stuff, including the single storey extensions and a series of internal brick walls which divide up the original floorplan. In other words, we're undoing all the mistakes that have been made with this building in the last 120 years to reveal its original form. Those who think modernising is always best leave this sort of mess trailing in their wake.
J

when will people realise that restoring houses is middle class money making. original doesnt and has never existed. how is replacing one thing done in the not so distant past with something done now in a style that someone thinks is appropriate to the building.
you are actively destroying history by removing inappropriate extensions no matter how ugly. all of course to add value.

This isn't about class warfare, no matter how much you want it to be. Restoring buildings is restoring buildings, not a political statement. As I said, we only have a limited number of old buildings left, and undoing the wrongs done to them is a good thing. As for "original never existed".........you maybe want to think about that for a second or two. It's a claim not really worthy of a response.

Curious that you seem to know the motivations of my clients (as well as their social status.....you're laughably wrong on that). As it happens, it is absolutely nothing to do with economics........but I wouldn't want to spoil your preconceptions with actual facts. That's not the way rants work.
T

Question for MikeG, I guess... If you replace windows in a non-listed building can these be done on a like-for-like basis ?

People just need to read the on-line planning portal, which is very comprehensive.

"You do not usually need to apply for planning permission for:

repairs, maintenance, and minor improvements, such as repainting window and door frames
insertion of new windows and doors that are of a similar appearance to those used in the construction of the house (note - a new bay window will be treated as an extension and may require permission). If new windows are in an upper-floor side elevation they must be obscure-glazed and either non opening or more than 1.7 metres above the floor level
installation of internal secondary glazing.
New roof lights or skylights will not normally require an application for planning permission providing:

they do not protrude more than 150mm beyond the plane of the roof slope
they are no higher than the highest part of the roof
if they are in side elevation roof slope they must be obscure-glazed and either non opening or more than 1.7 metres above the floor level.
Occasionally, you may need to apply for planning permission for some of these works because your council has made an Article 4 Direction withdrawing permitted development rights.

Also, if you are a leaseholder, you may first need to get permission from your landlord or management company."

Replacing a window in a door