What have you been up to? 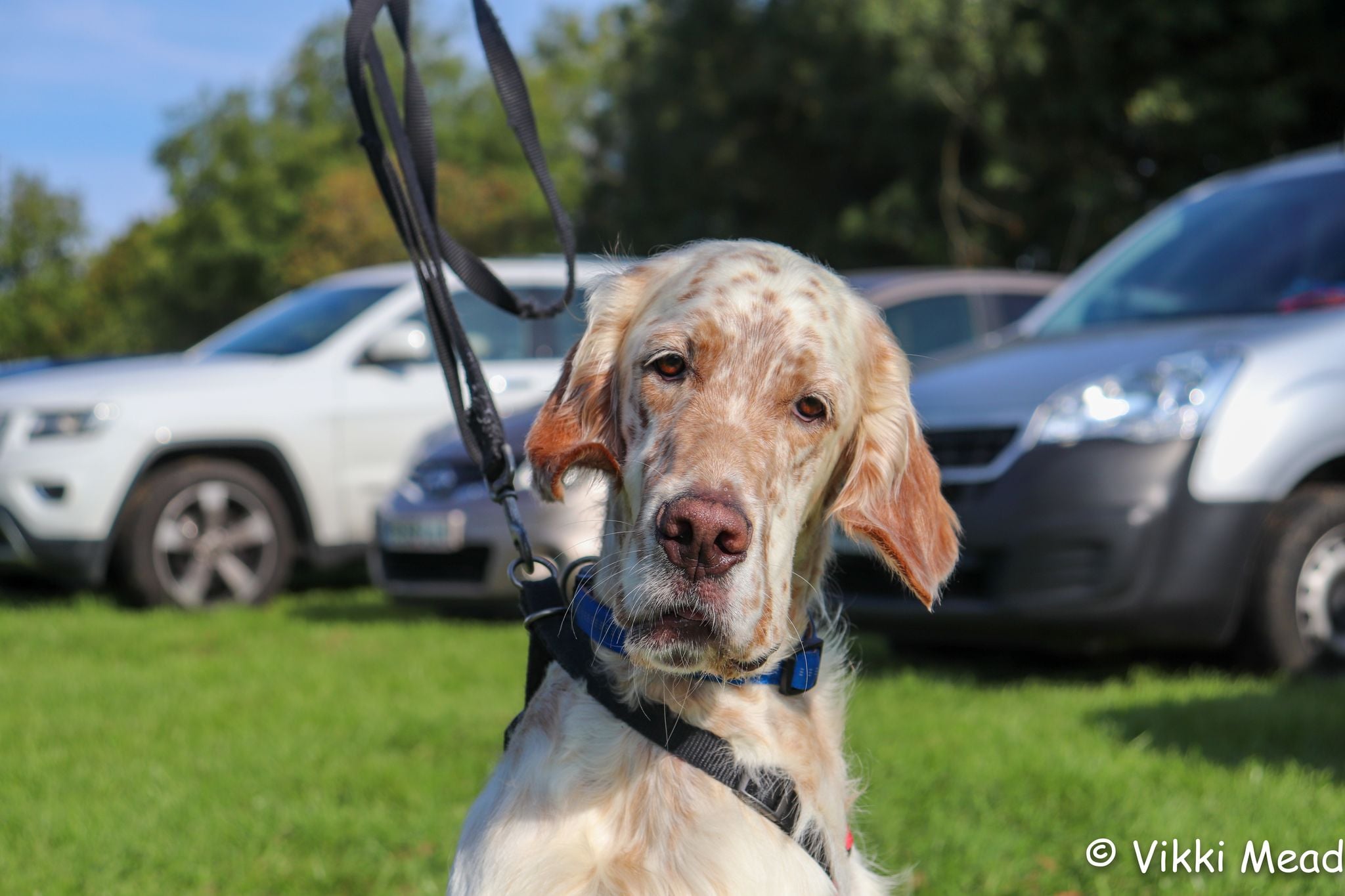 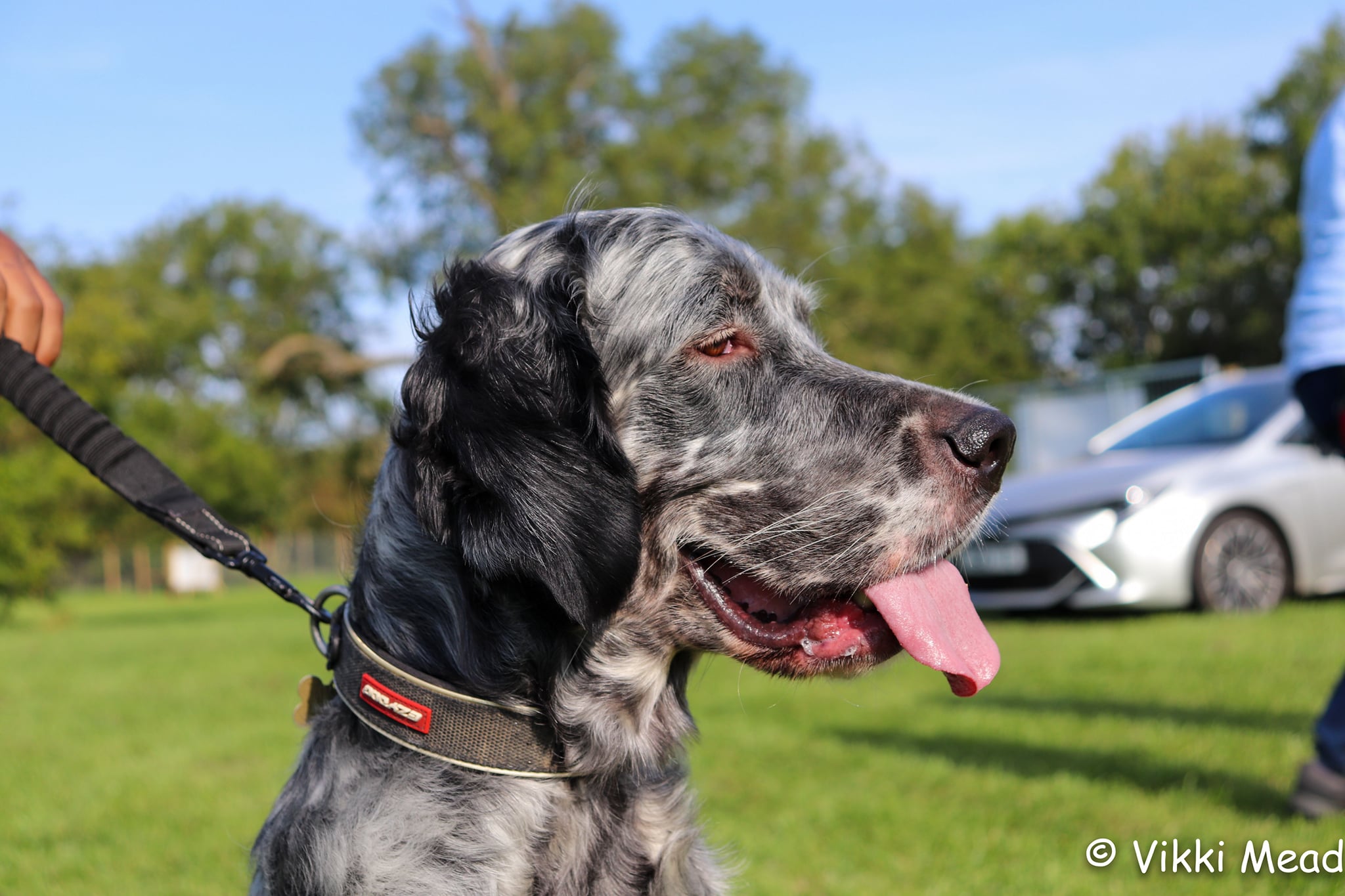 Hi, would it be possible for me to use either or both of the two images to make a head carving in wood please.
You can see some of my efforts in the post "Simple Smile"

Hi, They were taken by a friend but I think there would be no objections, so go ahead

Harvested the butternut squash this morning, well happy 76 squash off 3 plants they will keep us going for the next 12 months 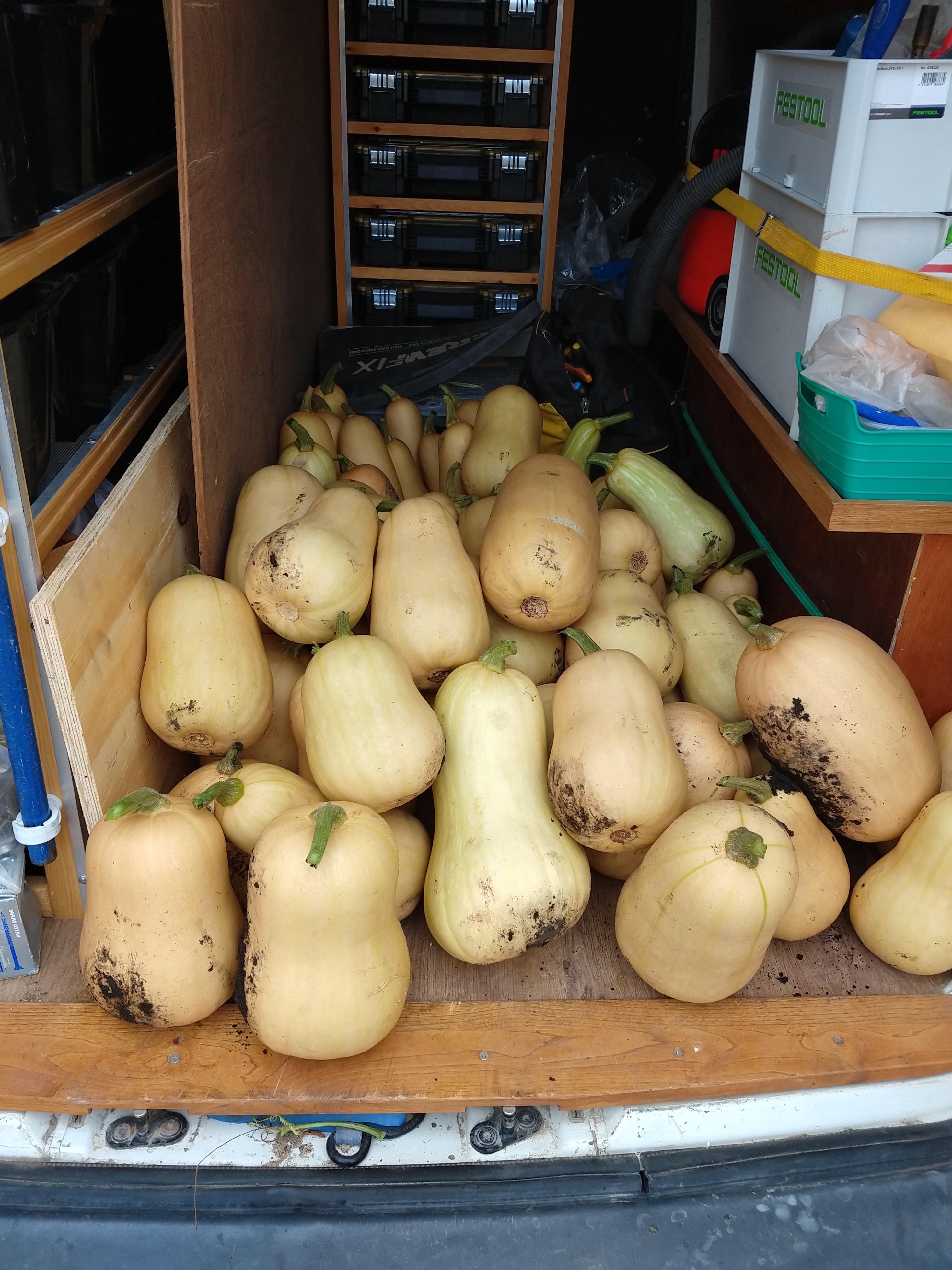 Doug B said:
Harvested the butternut squash this morning, well happy 76 squash off 3 plants they will keep us going for the next 12 months
Click to expand...

That's about 1.5 per week and looking at the size of them you'll be eating them with every meal!
S

Droogs said:
Have a watch of these to videos on using the loft tool in 360 to create the cabriole path for the app to follow
Click to expand...

So Droogs, I studied the Loft tool in greater detail in Fusion 360 to see if I could get it to work to create traditional cabriole legs, and then experimented.

The first result, below, wasn't very satisfactory, and used lofting - lumpy and clunky. The tricky thing with cabriole legs is that the form continuously changes through flowing and sweeping as well as thickening and narrowing in profile, with elements of squares/rectangles, arcs, circles, ellipses and splines that all mash together. So trying to judge at what height and what form the lofting profiles needed to be was, well, not overly successful, and took ages, eight hours or more.

​
So I had another attempt again using lofting, and that came out even worse, but took a lot less time - I guess earlier practice had helped regarding speed. To be honest, it's pretty bl*ody horrible, ha, ha.

​
So then I had a bit of a think, and knowing how relatively easy it is to set out an attractive inner and outer curve in AutoCAD using a spline tool to create cabriole legs, and basically did the same in Fusion 360 setting up two splines in front elevation, and rotated those splines at 90º for a side elevation. The original inner and outer curve of the cabriole shows to the right of the screen capture below. The second set of splines, those rotated at 90º were then used to create cutting tools. I extruded the first form on the right, the front elevation to the maximum cabriole profile width. Then working with the cutting tools, which are those wing things sitting either side of the basic cabriole shape on the left hand side, I extruded those 'wings' as a cutting action to create the basic cabriole shape. That left using the fillet tool to round off corners of the cabriole form, creating a small bun foot and extruding the top as a 'block' where tenons would nominally fit.

​
Anyway, with a fair amount of playing about I ended up with the image below. The end result isn't exactly brilliant, but it's the best I've yet managed with this programme. Where the bun foot meets the bottom of the cabriole sweeps isn't properly resolved, for example. But it's been an interesting learning curve, and I think I'll be able to use the learning elsewhere. I don't know how long this took to draw, but it was too long really to be a practical solution for speeding manufacture with traditional methods, e.g., bandsaw, spokeshaves, rasps and sanding. Maybe with more practice I could cobble together something that could be knocked out in their hundreds on a CNC machine leaving just a little tweaking prior to polishing. I'm not especially interested in mass production, although I do think CNC machines have enormous and exciting creative possibilities. Maybe if I was forty years younger I'd want to get into it for my future, but I'm at the other end of my career, and I'm happy with the more traditional furniture making approach of using a combination of hand tools and machines. I'm only playing around with this programme because it's a challenge, and I enjoy learning IT programmes, well, some programmes.

​
Finally, a cabriole leg drawing that took me roughly five minutes to knock out. Not brilliant, a bit fat and lumpy, and really ought to be doodled again if it was part of a client presentation drawing/proposal, but something like ... and the cup of tea I'd poured myself before I started was still hot enough to drink when I'd finished, ha ha.. Slainte.

Steliz said:
That's about 1.5 per week and looking at the size of them you'll be eating them with every meal!
Click to expand...

, though we love squash & will usually have it at least twice a week in different recipes.

I try & grow enough to be self sufficient in potatoes, onions, squash, beetroot, cauliflower, broccoli & carrot for the year the latter three being blanched & frozen, while the beetroot is pickled. Along with seasonal crops & utisling the greenhouse year round we buy very little veg.

I've been having a tussle with some suppliers of large sliding doors.

They were unable to understand that these obviously factory marks will not polish off. They are on the inside of the triple glazed units. 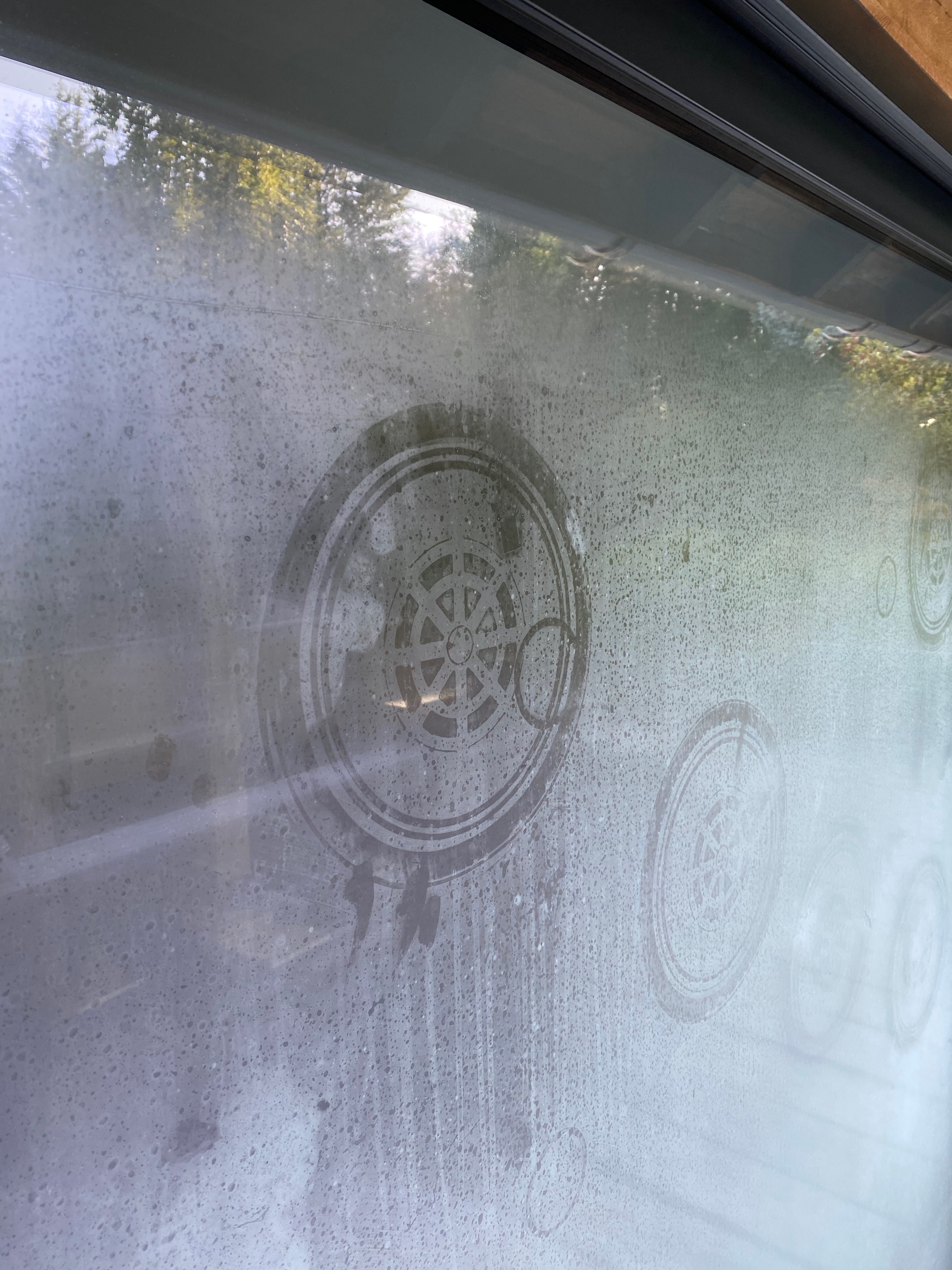 AJB Temple said:
I've been having a tussle with some suppliers of large sliding doors.

They were unable to understand that these obviously factory marks will not polish off. They are on the inside of the triple glazed units.
Click to expand...

That's really weird, is that condensation inside the unit?

Super impressed with your squash Doug. I cannot imagine getting through that amount of veg. We have an allotment sized kitchen garden as part of our garden and I struggle with my wife's production of stuff (I am the cook). We seemingly art random get about 40 courgettes, hundreds of tomatoes, sacks of green beans and so on. Soon she will proudly present me with lots of marrows. They are massive and taste of nothing really. But when I ask for some Basil, which I use constantly, she has run out. Her carrots are invariably deformed, and the spuds this year have been small and green skinned.

Not fully convinced that growing the stuff is cheaper or better than our local Waitrose. This week she had two lorry loads (yes - lorry loads) of manure dumped and her poor parents had to barrow it to the designated spots. It took 2 days. She has not admitted how much the manure cost but I think it is £70 a lorry load. Good stuff though.

No, it's on the outside as we had a cold night and I had left the doors a bit open. Otherwise these marks are invisible. It is what is known as a full on factory screw up. I think they will be junking 6 sheets of glass each 3m by 1.8m. One door is much worse than the other, but both have been assembled inside out.

The engineer pitched up with some special cleaner. He said he had to prove to his boss that the dirt was on the inside.

Doug B said:
Harvested the butternut squash this morning, well happy 76 squash off 3 plants they will keep us going for the next 12 months
Click to expand...

OK, you win hands down. I plant at least 30 different squash and pumpkin plants, and I don't think I got 30 separate items this year; less than one a plant. What's your secret? Probably enough water which is always my issue, but how much fertiliser? Sacred rituals? Virgin wassailing? I need to know!

I do well with the Japanese red squash (except not this year) - stole some seeds from a German compost heap 5 years ago and have been replanting every year. You don't have to peel them, and they are very sweet, but don't seem to last as long as butternut squash, so we do both. And giant pumpkins for Halloween, obviously.

Had a 2m x 3m double glazed unit (8mm glass panes, shockingly heavy to manhandle) once that had multiple wide scratches running down the whole of the unit, on the inside.

As you can imagine the company was very reluctant to have £2000+ worth of glass back only to chuck in the glass crusher.

Oh yes, Trevanion. Each of these units weighs 200kg and is a 3 man lift. It is incredibly wasteful, and all due to some factory worker not paying attention. I don't know the factory or wholesale cost of 2 big triple glazed units, but I do know that treated glass of this size is quite hard to make and will not be a trivial loss to them. But it is so bad, that my only option is to insist on replacement.

AJB Temple said:
Oh yes, Trevanion. Each of these units weighs 200kg and is a 3 man lift.
Click to expand...

Only a 3 man lift!? The unit we had was about 250kg and it took 8 strong lads to shift it into place, although we did have to go up a ramp onto scaffolding, around a corner then flip it 90-degrees so the 3m was upright. 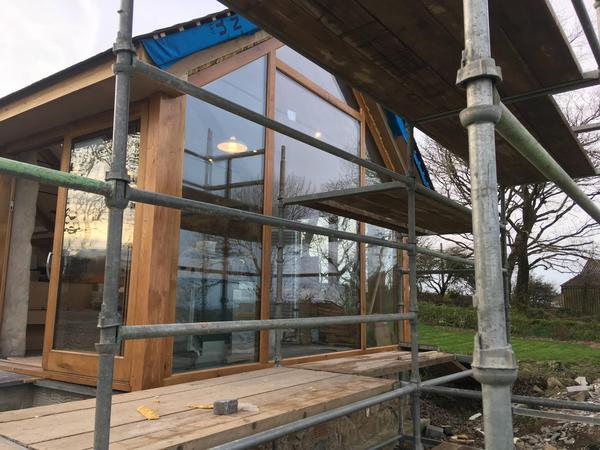 This last few days I have been painting. I made some panelled walls - about 48 square metres. Primer, undercoat, two coats of top coat. Might spray with a lacquer as well.

This is 6 days work of painting by hand. I could spray but I wanted a hand painted look.

The colour is Hicks Blue. I think this is from Little Green but could be a Farrow & Ball colour. I get it colour matched at Brewers (trade) because it is about half the price and the paint is better. Water based.

Ignore blue water pipe. That will be going through the wall and boxed in then hidden by a seat. Not done it yet because I am having a think about vertical rad placement. 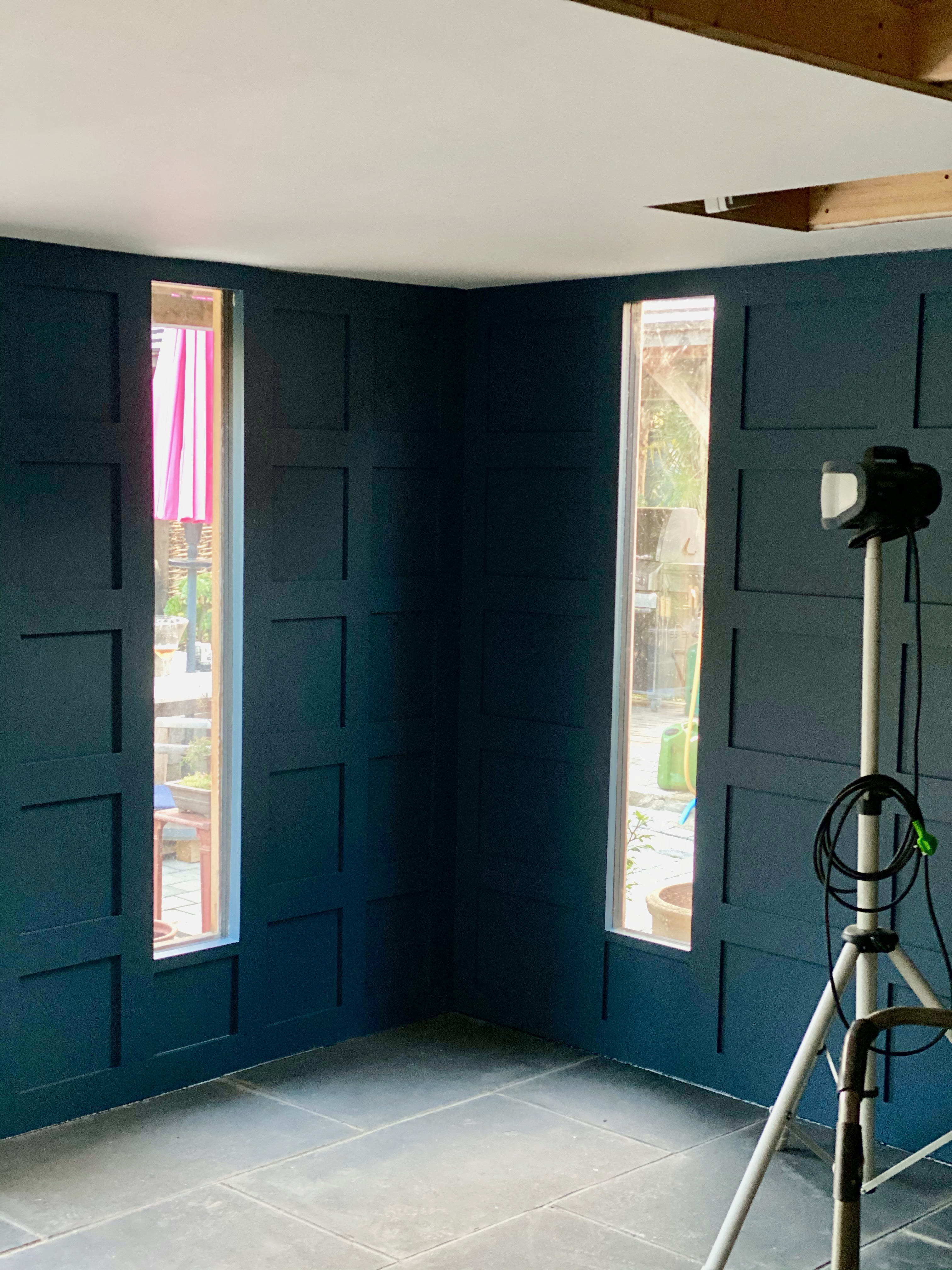 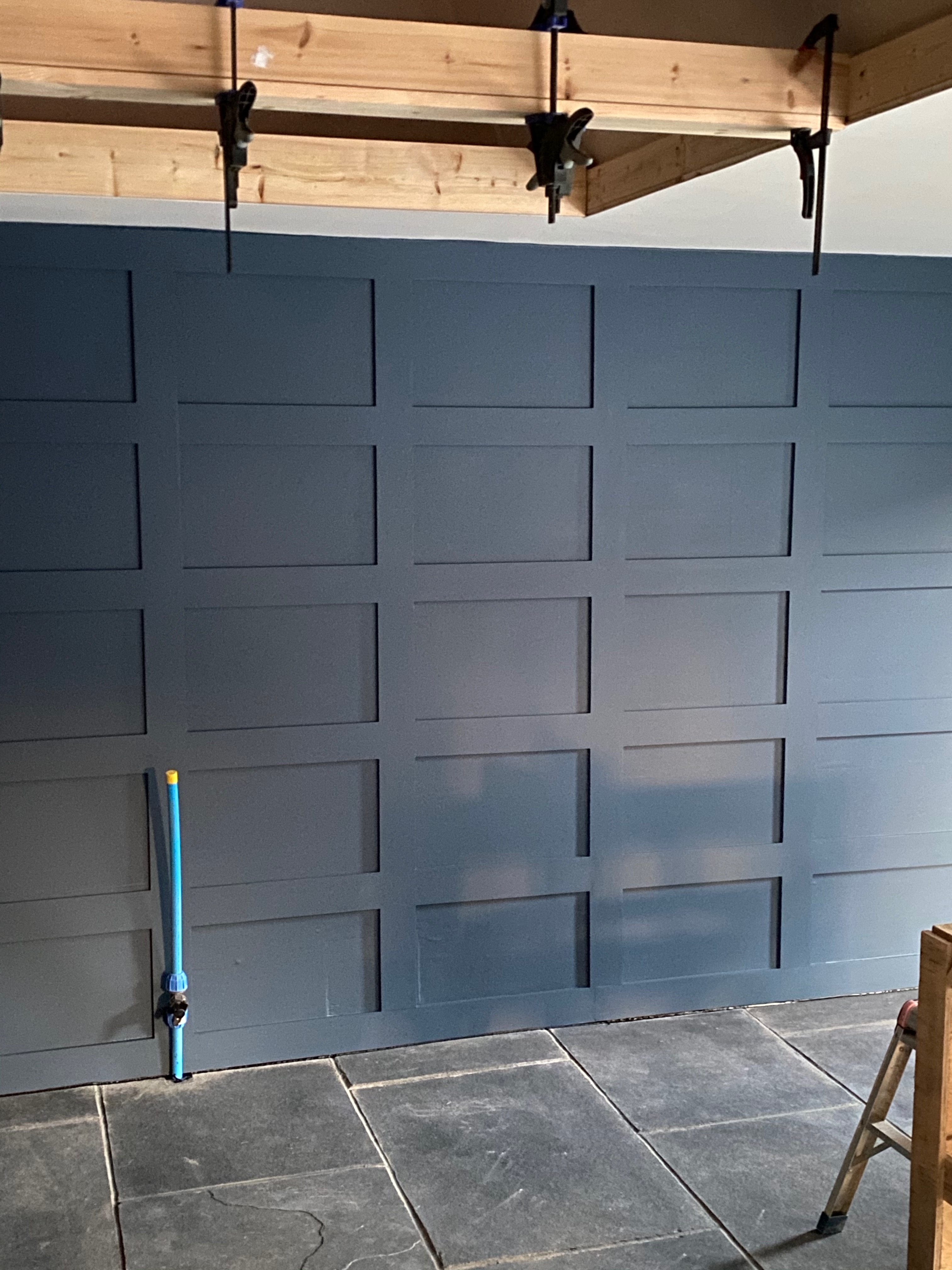 Yes, just three blokes. Access is very easy and they had a special trolley so they got it close and lifted each panel into the frame. No turning or anything. I think they could have done with four of them.

In pictures above, the black limestone will be gloss black when it is sealed. Needs a final machine polish first.
C

Adrian, that makes my two little boxes to put socks in very pathetic indeed.
The only thing I know about growing vegetables (literally) is that too much manure makes carrots deformed and have more than one leg, sorry to have to tell you. Ian
D

Adrian, I have some some double glazed units which show up sucker marks in certain conditions but not as bad as yours!

When I was looking in to it I found this which is actually from my glass suppliers website.

It is not just the sucker marks. There are thousands of little black dots from the glass film, and some sealant smeared across the glass. It is a 100% factory screw up.